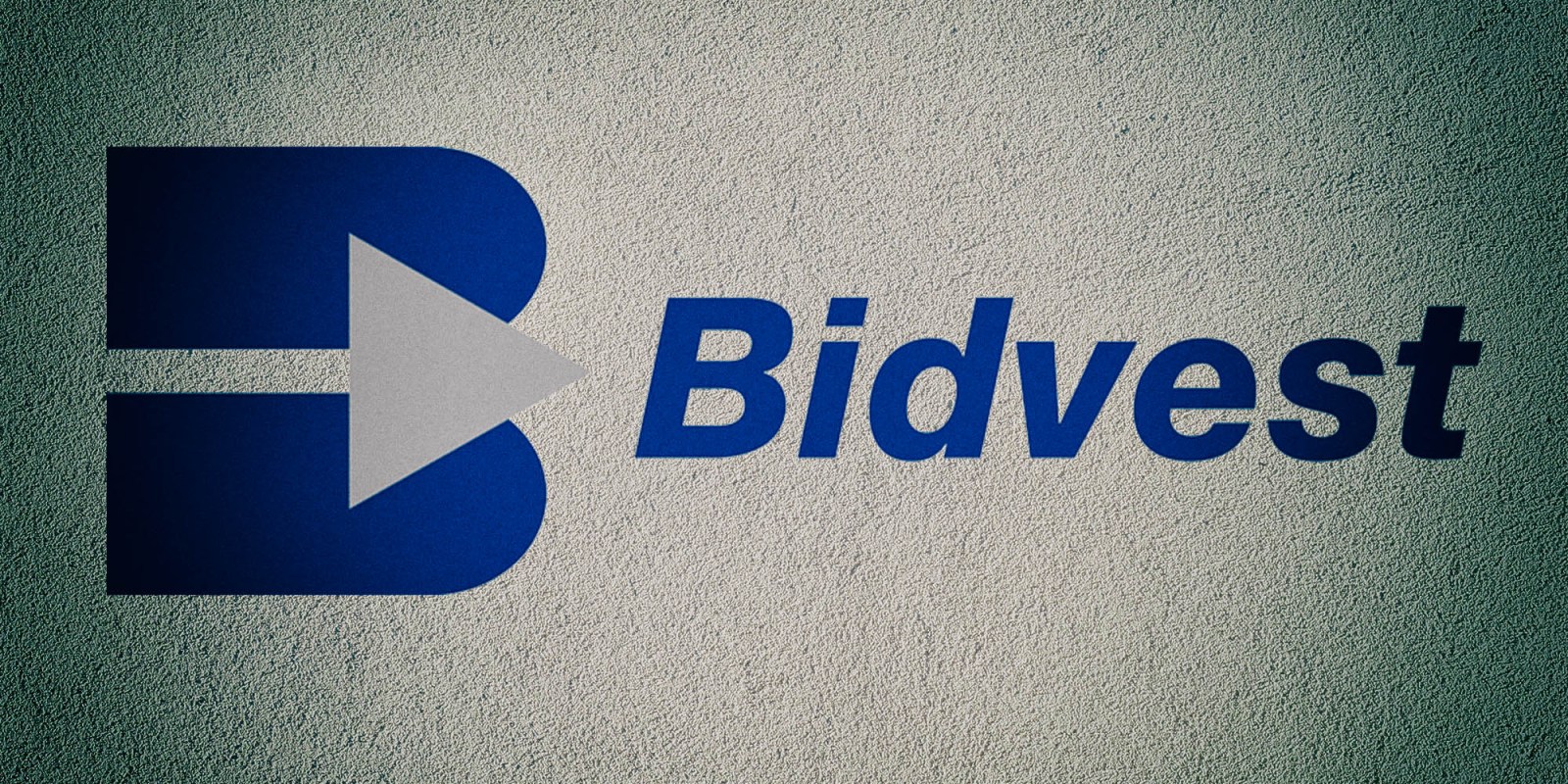 The forces of the Radical Economic Transformation have described Bidvest as a redoubt of White Monopoly Capital. What exactly have they been smoking?

It was rib-tickling, tear-dropping and stomach-hurting hilarious comedy to watch the so-called radical economic transformation (RET) agents scream with conviction that the conglomerate Bidvest is owned by what is wrongly termed white monopoly capital (WMC). The horseplay was so sidesplitting, you just couldn’t stop rolling on the floor.

The ding-dong about Bidvest peaked when the conglomerate committed to donating personal protective equipment to government schools located in some of South Africa’s under-resourced townships as part of its contribution to the alleviation of the Covid-19 crisis.

The announcement struck a chord. There was an understandable suspicion and fear that the Bidvest gift was merely sowing a seed to harvest future government business. As they say in business, nothing is for free.

Engrossed in emotions, a cadenza emerged from RET forces: “WMC thugs are looting”, referring to Bidvest.

The claim that Bidvest is white-owned is far from the truth and demonstrates a poverty of knowledge, and scarcity of information about corporate ownership patterns. More shameful is the fact that ignorance is entrenched among people tasked with transforming the country and creating a better life for all. This is dangerous and potentially self-defeating. In 2020, Bidvest employed about 123,800 people. This almost amounts to the capacity of Soccer City and Orlando Stadium combined.

What is the structure of ownership at Bidvest?

The Bidvest share register shows that the top shareholders are fund managers, the largest of which is South Africa’s Government Employees Pension Fund (GEPF). The GEPF, which is the long-term savings purse of teachers, nurses and other civil servants, owns a 14.98% stake in Bidvest, valued at more than R7-billion.

Calling for the demise of the industrial company is like cutting your nose to spite your face. The risk will be borne by your parents, whose pensions are their biggest money investments. The fallout from job losses will certainly follow. We all know in South Africa that financially struggling retirees and the unemployed often make cash calls to their offspring and working relatives, most of whom are black.

The second-largest shareholder after GEPF is the Singaporean asset manager, GIC, with a 5% stake in Bidvest. The Singaporeans are followed by money managers, Lazard, Westwood, BlackRock, VanGuard and Old Mutual who command between 3-4.9%. Over 70% of the shareholders have mandated investments. Private investors, most of whom bought the shares on the JSE, own about 4%. Geographically, only about 46% of Bidvest is owned in South Africa. The majority of Bidvest shares are owned in America, Canada, the United Kingdom, the rest of Europe and Asia.

A look into the history of the company, which now generates R77-billion in annual revenue, shows it was started by entrepreneur Brian Joffe through the help of financial services firm Investec in the late 1980s. The story, according to the Financial Mail, goes that the stock market dealer David Shapiro introduced Joffe to Investec by arranging a meeting with Stephen Koseff at a restaurant in the leafy suburbs of Hyde Park, Johannesburg.

Soon after its establishment, Bidvest embarked on an acquisition spree and started gobbling up several companies. In addition to the food market, it entered the hygiene services industry in 1991 through the acquisition of Steiner Services. A string of purchases such as Prestige Cleaning, Waltons, Lithotec, McCarthy Motors, Tokyo Sexwale’s Mvelaserve and many other food businesses, continued from the 1990s to the new millennium and beyond.

By 2016, Bidvest had grown too big and its branding too apparent, especially at the airports. The company operated in consumer, industrial, electrical products, financial services, freight management, office and print solutions, travel, aviation services and automotive retailing.

Perhaps to de-risk and unlock value, Joffe and his board unbundled the business in 2016 and separated the food operations into a newly listed entity known as Bidcorp. Bidcorp is a food distribution company supplying restaurants, coffee shops and many other entities with frozen and chilled products. Many of the restaurants and chicken outlets where RET forces dine are supplied by Bidcorp. Unfortunately, they do not know where the source of the food in their bellies comes from. Such is a danger of sloganeering without understanding the structure of the economy.

In a brief lesson on monopoly capital in the winter of 2017, former president Thabo Mbeki spoke about the fact that it was in the nature of capitalism for multiple firms in a particular sector to consolidate into a few large entities big enough to influence what happens on the market. Mbeki said that in economics, this type of concentration was referred to as monopoly capital, “not a monopoly in the sense of the existence of only one company, which is what monopoly means”.

Mbeki then moved to caution against conflating an economic scientific phrase into a political category. He was referring to the addition of the word “white” to the expression “monopoly capital”.

“Then somebody here, somewhere, adds the word white and then they quote these famous names that you have heard as exemplars of this white monopoly capital, the Oppenheimers, the Ruperts and I don’t know whoever else … You have people then add to what is a scientific category, monopoly capital, they add the word white which turns it into a political category,” Mbeki said.

In that lecture, Mbeki posed the question of why there was a reference to “white” when a huge portion of the stock market was held through foreign institutions, many of which were money managers.

“Therefore, let us understand properly what is happening to the South African capitalist economy so that we can then intervene to do the right thing because if we misdiagnose the problem, the cure is going to be wrong,” Mbeki added.

Of course, while it is a non-starter to argue from an equity ownership perspective that Bidvest is white-owned, it is also important to acknowledge that in a capitalist society, it is possible to have a clique of people with a lesser percentage of shares commanding control of an entity. These powers often rest at board, executive and senior management levels where a few people with the intellectual capital, the know-how of the business functions, are vested with powers to control and take the decision on the business daily.

Could that be the case at Bidvest?

At an executive director level, there is outgoing CEO Lindsay Ralphs who has been a director at Bidvest since May 1992, Mpumie Madisa, the CEO designate, Mark John Steyn, the CFO and Gillian Claire McMahon, who has been commercial director of BidTravel and is now Group transformation executive.

At face value, the board looks transformed, at both executive and non-executive level, although it would require one to be a fly on the wall to understand the dynamics of who is more influential when it comes to key decision-making. That is difficult to decipher unless you are an insider and have access to unsanitised minutes of the board and executive committee.  Where Bidvest performs below par on the scorecard is in the representation of black female executive management and senior black management. A lot of operational decision-making happens at this level. The company needs to improve here.

One of the Bidvest subsidiaries in the garment industry attracted bad publicity in the press over fronting allegations. Whether factual or not, such news does not cover the conglomerate in glory, especially when it is increasingly getting hated for its market share. Its monstrous status creates a strong perception of greed and this could be unsustainable if key elements of RET forces seize key functions of the state in future.

To preserve its legacy, Bidvest must give birth to formidable black-owned and controlled businesses in a similar manner that Anglo-American, Naspers and Sanlam did. There is an opportunity for Bidvest to incubate what could be the best black entrepreneurs of the future. Whatever it does, it must shy away from empowering what has been termed as the usual suspects. DM/BM

Hlubi Xaba is a follower of business history and is an anthropologist of the boardroom. Hlubi, a nom-de-plume, is at present working with a number of corporates and revealing his identity at this stage could potentially unwittingly compromise the current or future business of people he works with. However, his identity will be revealed in future, and he has undertaken to write uncompromisingly, with the highest ethical outlook, always accepting the facts, as bitter as they may be.