Policing and protection in SA: Are we all equal under lockdown? 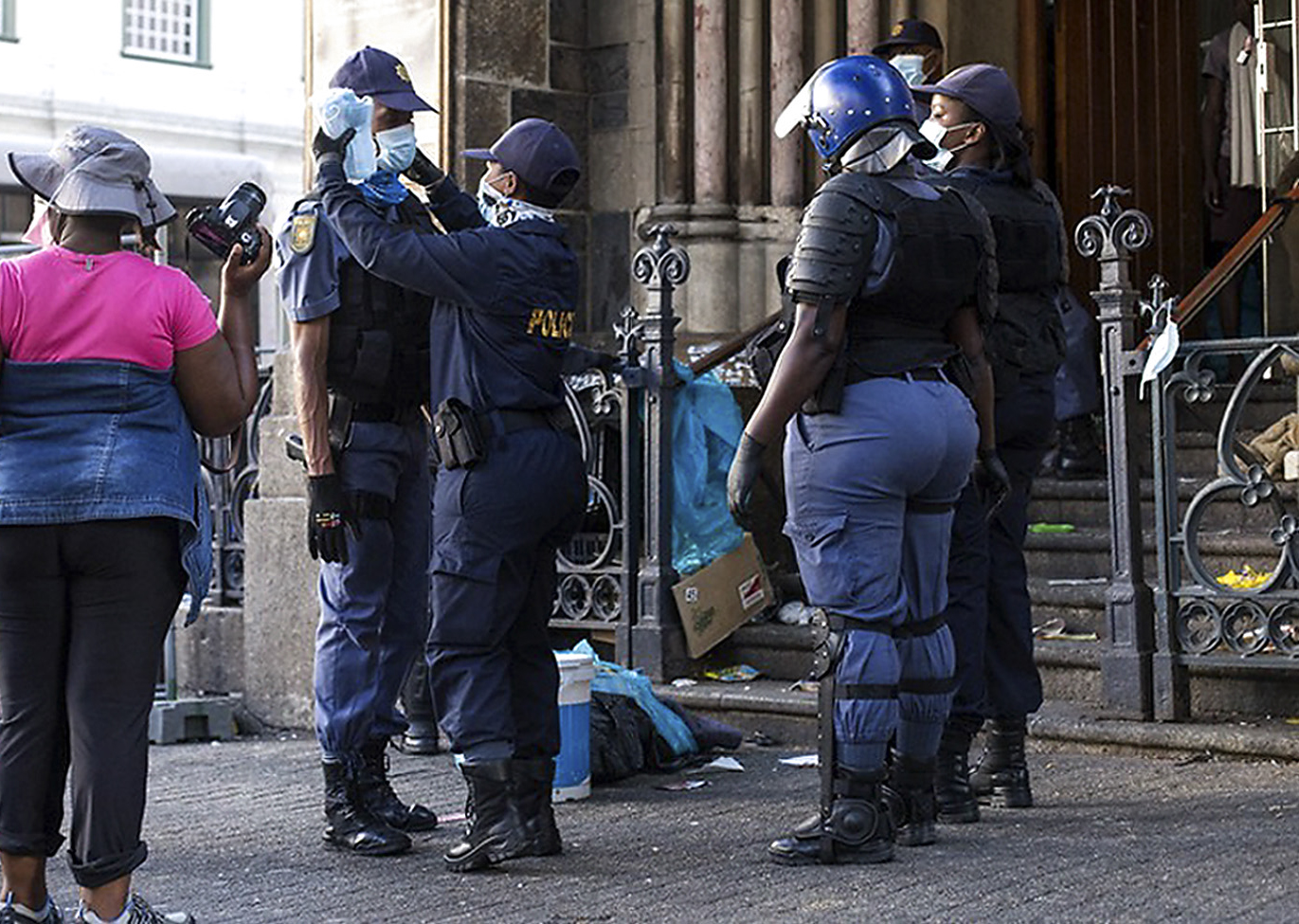 Are we all equal under lockdown? (Photo supplied)

It is not only the proportion of police which matters, but the manner in which policing occurs. The media reports of lockdown policing suggest that poorer areas in the country have been subject to more heavy-handed policing.

A witness photographs a woman evading a team of police officers after she is caught walking her dog in the affluent seaside suburb of Three Anchor Bay, Cape Town. She is later arrested, fined R1,500 and given the option to either pay the fine or appear in court at a later date.

Two days earlier, a man is allegedly beaten by members of the South African National Defence Force (SANDF) in the mostly-impoverished Alexandra township, after the soldiers see him inside a neighbour’s yard, drinking. Hours later he is pronounced dead, a case of murder is opened by his family and a “wrongful death” investigation is launched.

Both the Alexandra man and Cape Town woman were allegedly in contravention of regulations instituted following President Cyril Ramaphosa’s announcement of a State of National Disaster, which was later extended to include a lockdown. This had the effect of prohibiting all nonessential movement such as dog walking, jogging and any social visits. But news reports suggest that reactions by police and the SANDF to these lockdown infringements have varied vastly, highlighting the unequal policing of the different races and classes of South African society.

Since the extraordinary measures taken to curtail the spread of Covid-19 began at the end of March 2020, there have been numerous news reports, often accompanied by visuals, showing the purported abuse of power and citizens by the SANDF as well as the police. By 3 April, a week after the lockdown started, eight people were said to have died because of police action versus the seven who had died of Covid-19.

Images and videos of police forcing people to do push-ups and squats after being found to have allegedly flouted the laws of the lockdown have also been circulating in the media. Overwhelmingly, these incidents were concentrated in the densely populated and impoverished areas of South Africa.

According to a 2020 article on the inequality of policing in South Africa, published by the South African Journal of International Affairs (SAJIA), these areas have consistently had a higher prevalence of crime coupled with fewer police stations, officers and response vehicles than their middle, upper-middle and elite class counterparts.

The unequal distribution of police resources in black and poor communities was the subject of a 2019 case brought against the minister of police and others by the Social Justice Coalition, Equal Education and the Nyanga Community Policing Forum. The landmark ruling by the Western Cape equality court found that the allocation of police resources in the province unfairly discriminated against people because of race and financial standing.

As of 2018, there were 58.78 million people and 192,277 police officers in the country, which is a 1:305 ratio. It could be argued that more densely populated areas thus require a larger police presence, however, SAPS data collated by the Social Justice Coalition indicates that there is gross inequality in South Africa’s policing in terms of resource distribution.

Below is a comparison of the police-population ratio in the more affluent suburbs of Gauteng and Western Cape compared with the closest nearby township or inner-city neighbourhood in both provinces, as well as the comparison of the population of affluent and impoverished areas of these provinces, and the number of police officers serving each area, per 100,000 people.

From this graph, it is clear that before the lockdown was initiated and later extended, wealthier suburbs such as Sandton in Johannesburg and Camps Bay in Cape Town had more police resources allocated to them and were, therefore, better protected. But of course, the issue is more complicated.

It is not only the proportion of police which matters, but the manner in which policing occurs. The media reports of lockdown policing suggest that despite having far lower ratios of police, poorer areas in the country have been subject to more heavy-handed policing. It is clear that inequalities in South Africa are being exacerbated by the Covid-19 pandemic and the effects of the lockdown.

But perhaps there is a silver lining in the midst of the chaos for South Africa. The increased media coverage of the inequality in policing and abuses of power have led to the first steps of disciplinary and corrective action by the military ombud who was investigating 33 cases of human rights abuse by members of the SANDF.

While the lockdown brought on by Covid-19 has unfortunately exacerbated the plight of South Africa’s poorest citizens, it has also highlighted the myriad problems that come with inequality and ultimately sparked action from the state and civil society to address these issues. DM/MC

Arabo K. Ewinyu is a Research and Engagement Manager at the University of the Witwatersrand and Hlabangani Mtshali is a Writer and Community Manager at Soul Providers Collective

This is the first in a series of posts that attempts to highlight the relationship between the Covid-19 pandemic and inequality.