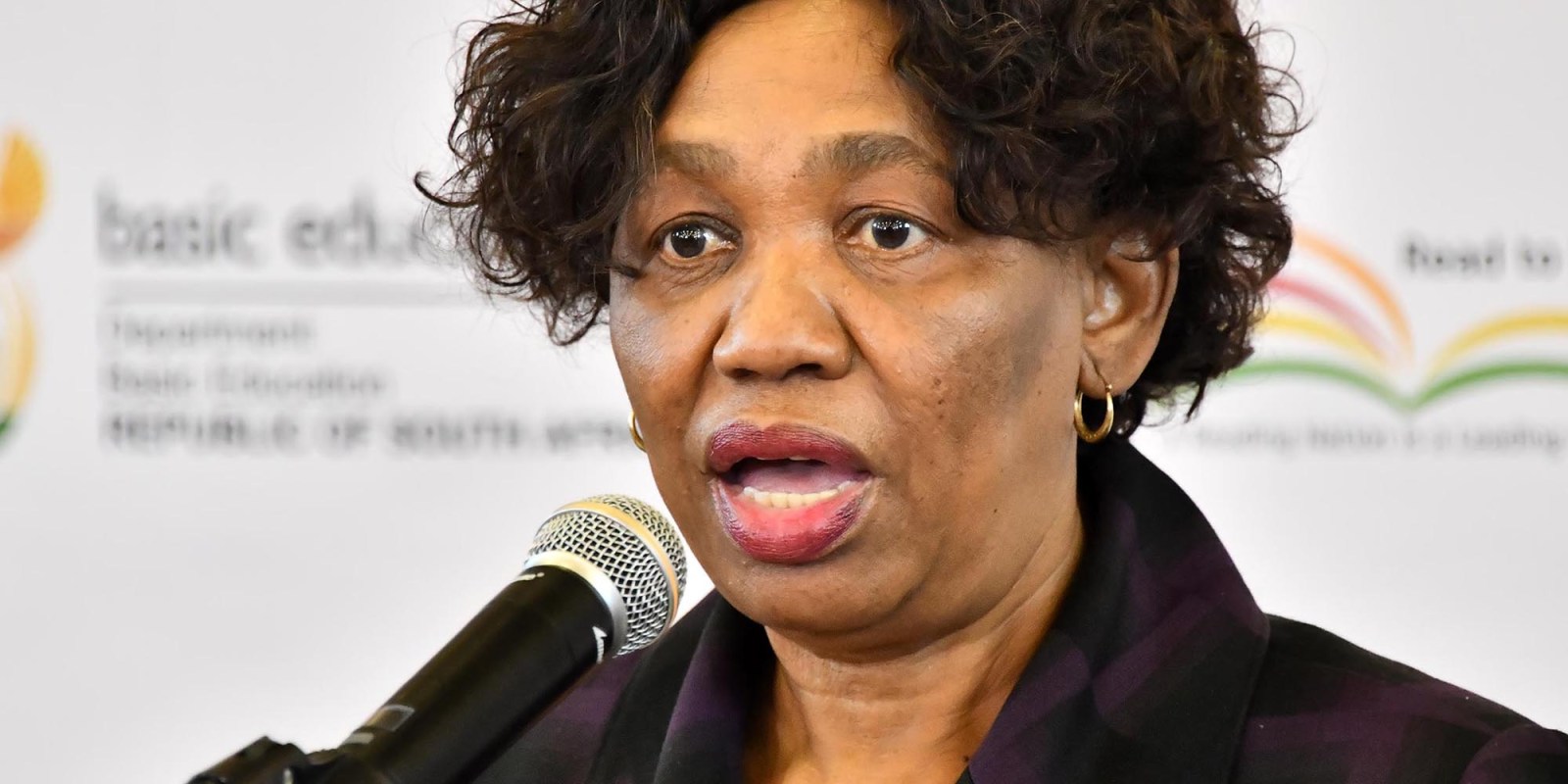 Following last week’s confusion and the general unpreparedness of some provinces to reopen schools, the Department of Basic Education said on Sunday that the vast majority of South Africa’s schools will reopen on Monday 8 June.

According to the Department of Basic Education, the readiness of SA schools to reopen has significantly shifted, except for 5% (575) of the country’s public schools that will remain closed on Monday 8 June amid challenges with delivering water, and sanitation facilities and personal protective equipment (PPE).

“We can now say with confidence that about 95% of our schools have been ably provided with the Covid-19-related imperatives,” Basic Education Minister Angie Motshekga said during a media briefing on Sunday 7 June.

This is in great contrast to last week when only two provinces – Western Cape and Gauteng – were prepared to reopen their schools for learners after the two-month coronavirus-induced closures.

In KwaZulu-Natal, Eastern Cape, Limpopo and Mpumalanga, water and sanitation provisions are still lagging behind.

Yet, the department’s director-general, Hubert Mweli, maintained that “the state of readiness is a relative notion, it’s not an absolute notion”.

The department’s presentation on Sunday noted that of the 1,507 schools that needed emergency sanitation in Eastern Cape, only five had received mobile toilets from the department itself while 52 were provided by the Marula Trust.

Of the 1,507 schools in need of emergency sanitation, 227 schools that have Grades 7 and 12 – the first cohort of learners returning to school on Monday – do not have toilets. Overall, 404 schools in the province out of a total of 5,064 will not reopen.

The department has placed orders for the remaining 917 mobile toilets and the Marula Trust has done the same for 533 mobile toilets.

Motshekga maintained her previous statements that no school will be allowed to reopen if it does not comply with the safety regulations set out by the department in light of the pandemic.

For those learners whose schools are among the 5% that will not reopen on Monday, Motshekga iterated that alternative steps had been taken by school districts to “temporarily use neighbouring schools, underutilised spaces in boarding schools and putting other learners in camps”.

In Limpopo, only 21 schools out of 453 have received emergency sanitation equipment from the Marula Trust. The department said equipment for the remaining 432 schools is “still in transit”. Nonetheless, 3,711 out of 4 239 schools in the province will reopen on Monday.

Limpopo’s MEC for education, Polly Boshielo, said the province is ready to reopen and although the provision of water and sanitation facilities was an issue, the national department had stepped up.

Another bottleneck for provinces is the protests that erupted in some communities over who should be given the opportunity to supply schools with personal protective equipment (PPE).

Last week, the CEO of the National Education Collaboration Trust (NECT), Godwin Khosa, said that tenderpreneurs who want to be included in the supply chain of PPE had slowed down the process to prepare schools for resumption.

While the province had managed to deliver PPE to all its schools, Lesufi said there seemed to be an issue with the quality of the material being delivered.

The NECT is coordinating the consortium appointed by the department to track progress of reopening schools.

On Sunday, Khosa said as of 3 June, only Northern Cape had completed deliveries of PPE to all its schools. Three provinces remain at medium risk in terms of readiness to reopen, while six provinces are low risk.

In all the other provinces, deliveries were still in progress at the time of the audit.

Gauteng’s MEC for education, Panyaza Lesufi, reported that 11 of the province’s schools will remain closed on Monday.

He said 30 schools in the province had reported cases of Covid-19 – 26 are public schools and four are independent. Six of the Covid-19 cases in these schools are learners.

While the province had managed to deliver PPE to all its schools, Lesufi said there seemed to be an issue with the quality of the material being delivered.

“We are dealing with challenges of quality of some of the PPE as well as the numbers because of the increased roll in some of our schools.”

The MEC continued: “We have concluded deliveries of PPE in our schools – there is no single school that does not have PPE.”

In a joint statement, teachers’ unions and school governing bodies said they support the call to reopen schools on Monday, but only with the clear understanding that no school can open if it is not Covid-19-compliant.

“We will closely monitor the promise to complete the outstanding water deliveries, toilets and additional classes,” the statement read.

The unions, however, cautioned against what they called an “over-zealous” recovery plan, which they said will traumatise educators and education support workers.