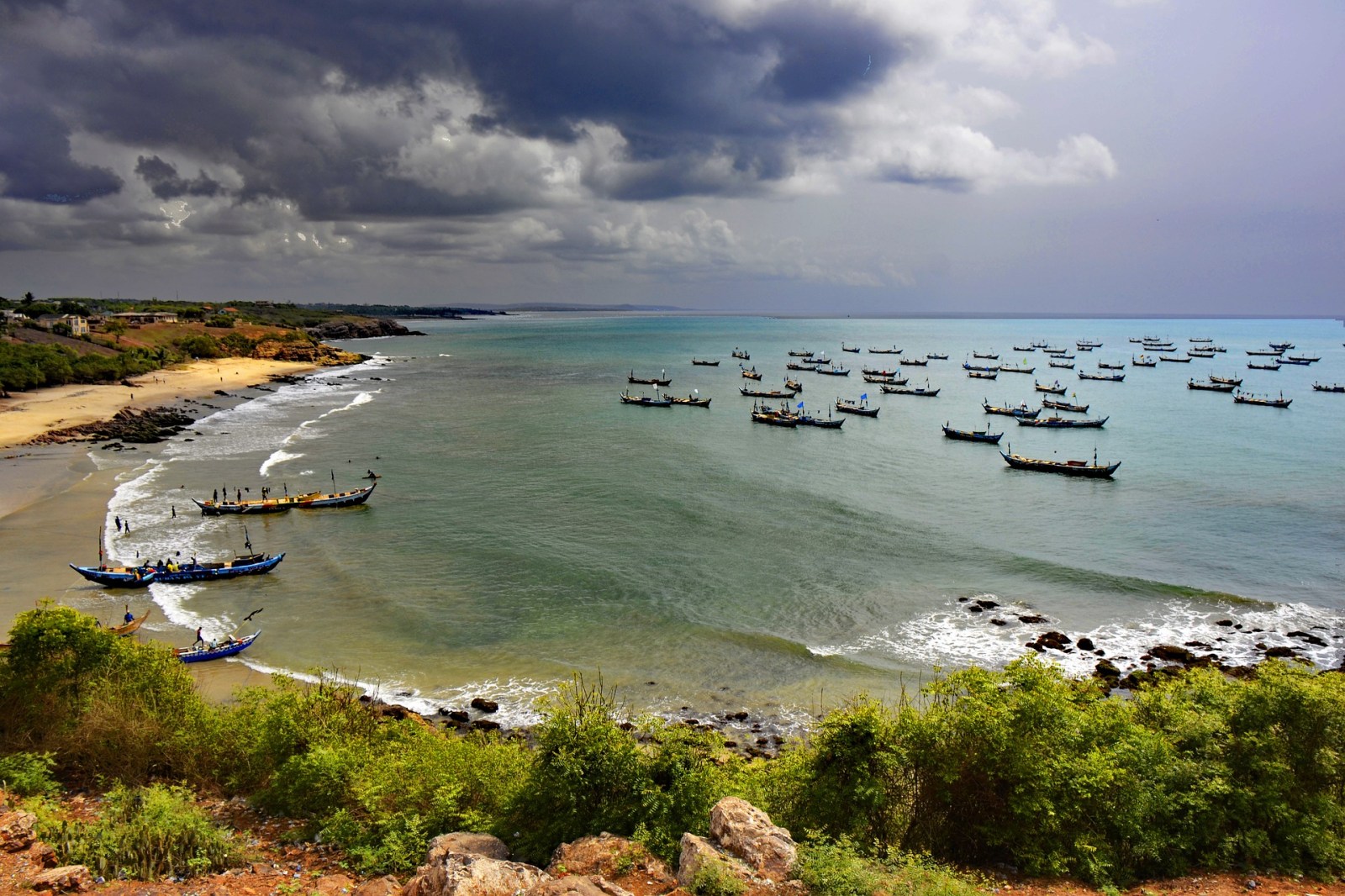 A generic coastal scene in Ghana. Image by lapping from Pixabay

The region’s coastal states need to disrupt the funding and logistics networks used by violent extremists.

Last month Burkina Faso and Côte d’Ivoire jointly conducted Operation Comoé along their borders. They captured 38 suspected terrorists, killed eight, and dismantled training camps. The operation reflects growing concern in these and other West African coastal states about a spillover of violent extremism and the need to prevent attacks from being staged in their territories.

But the spread of attacks isn’t the only problem terrorism brings, and these operations shouldn’t be the only way countries address it. They need to also focus on the factors that allow these groups to function. Extremists are increasingly tapping into a terrorist economy, using Benin, Côte d’Ivoire, Ghana and Togo as sources or transit zones of funding and logistics.

Institute for Security Studies (ISS) research shows that livestock stolen from Burkina Faso, Mali and Niger is sold in Benin, Côte d’Ivoire and Ghana at below market prices. The profits are ploughed back through the networks of accomplice dealers. Various accounts point to terrorists being among the armed groups funded by this illicit trade. They use the income to buy arms, fuel, motorbikes and food.

Motorbikes are valuable to extremists because of their robustness and mobility through difficult terrain. They are also easy to maintain, light on fuel and can carry more than one person for combat and combat support operations. 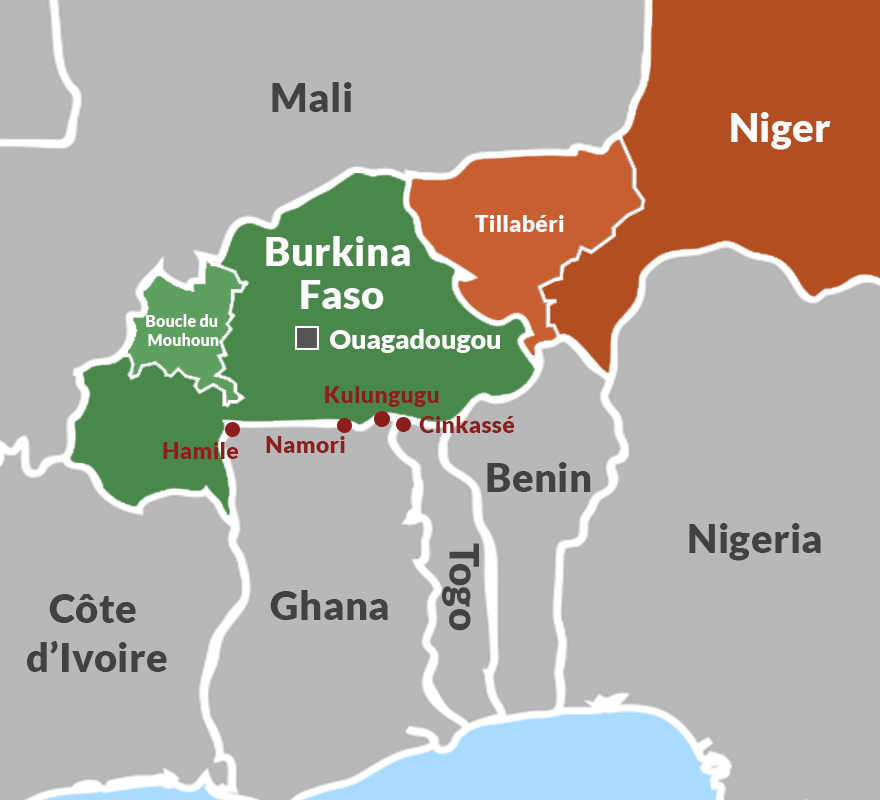 Both Tillabéry and Boucle du Mouhoun are hotspots for violent extremism. Although groups may not be directly involved in trafficking, they gain access to goods through vendors or criminal entrepreneurs who organise their procurement.

In July 2019, Upper West Region Minister Dr Hafiz Bin-Salih said Ghana had lost US$12-million to fertiliser smuggling from Ghana to neighbouring countries the previous year. Although terrorist groups may not be directly involved in the smuggling, an apparent rise in availability of the material in Burkina Faso means increased access and affordability.

Also, a 2018 counter-terrorism operation in Ouagadougou’s Rayongo neighbourhood led to the seizure of an electric cord for making improvised explosive devices which was traced to northern Ghana. This suggests the involvement of trafficking networks from Ghana’s north where artisanal and small-scale mining is a long-standing economic activity.

Interviewees told the ISS that the northern Ghanaian town of Dollar Power has many West African illegal miners, including Ivorian former rebels and Burkinabe nationals, and is known for armed robbery. In eastern Burkina Faso, gold from some mining sites controlled by violent extremist groups is purchased by buyers from Benin and Togo. This may be providing valuable funding to terror groups, although the scale is unclear.

Leaders of coastal states are preoccupied with preventing a southward spread of attacks. This informed the February 2017 meeting of the presidents of Benin, Burkina Faso, Côte d’Ivoire, Ghana and Togo in Accra. They had called for an extraordinary Economic Community of West African States (Ecowas) summit on terrorism, and launched the Accra Initiative in September that year.

Attacks in southern Burkina Faso, close to the borders with Benin, Côte d’Ivoire, Ghana and Togo, have deepened concerns among counter-terrorism officials. At the 14 September 2019 Ecowas summit in Ouagadougou, leaders also decried the spread of terrorism in the region, though there was no specific reference to coastal states.

Burkinabe officials have often alerted their coastal counterparts to suspected extremists crossing into their northern territories to avoid arrest. Such alerts followed the March 2019 Otapuana operation in southern Burkina Faso. In Ghana extremists hide or rest in the north, counter-terrorism officials told the ISS – a situation that elicits complaints from Burkina Faso about the country’s commitment to countering terrorism.

Coastal states acknowledge the importance of addressing the root causes of violent extremism, including governance and developmental deficits. Extremists could exploit the lack of basic services, such as roads, health and education facilities, and socio-economic opportunities, to penetrate and implant themselves in communities. The 2020-2024 Ecowas Priority Action Plan outlines actions to tackle these shortcomings.

But capacity to address the vulnerabilities that enable terror groups to source and move funds and logistics remains limited. These vulnerabilities include weak border surveillance and security, porous borders and strong communal, family and socio-economic ties. The content of cross-border trade transactions is largely untracked as border officials don’t have sufficient capacity and the necessary technology.

To prevent violent extremism, the various dimensions of the problem must be understood, particularly terrorists’ covert dealings. This will enable officials to strike a much-needed balance between counter-terrorism operations and breaking the funding and logistics supply chains used by violent extremists.

West Africa’s coastal states must also address the weaknesses that allow these groups to operate. Capacity is needed to track trade consignments between countries, beef up border control and surveillance, enhance intelligence gathering and analysis, and garner the support of people living in border areas. This could help identify extremists who may be exploiting cross-border ties.

The disruption of supply chains could set the stage for more terrorist attacks. Violence could be used to protect hideouts, secure supply routes, or attack border posts that extremists believe are impediments to their supply of materials. This means that – to avoid generating community resentment – strategies aimed at disruption must be balanced with preserving the livelihoods of individuals and communities who rely on cross-border trade. DM