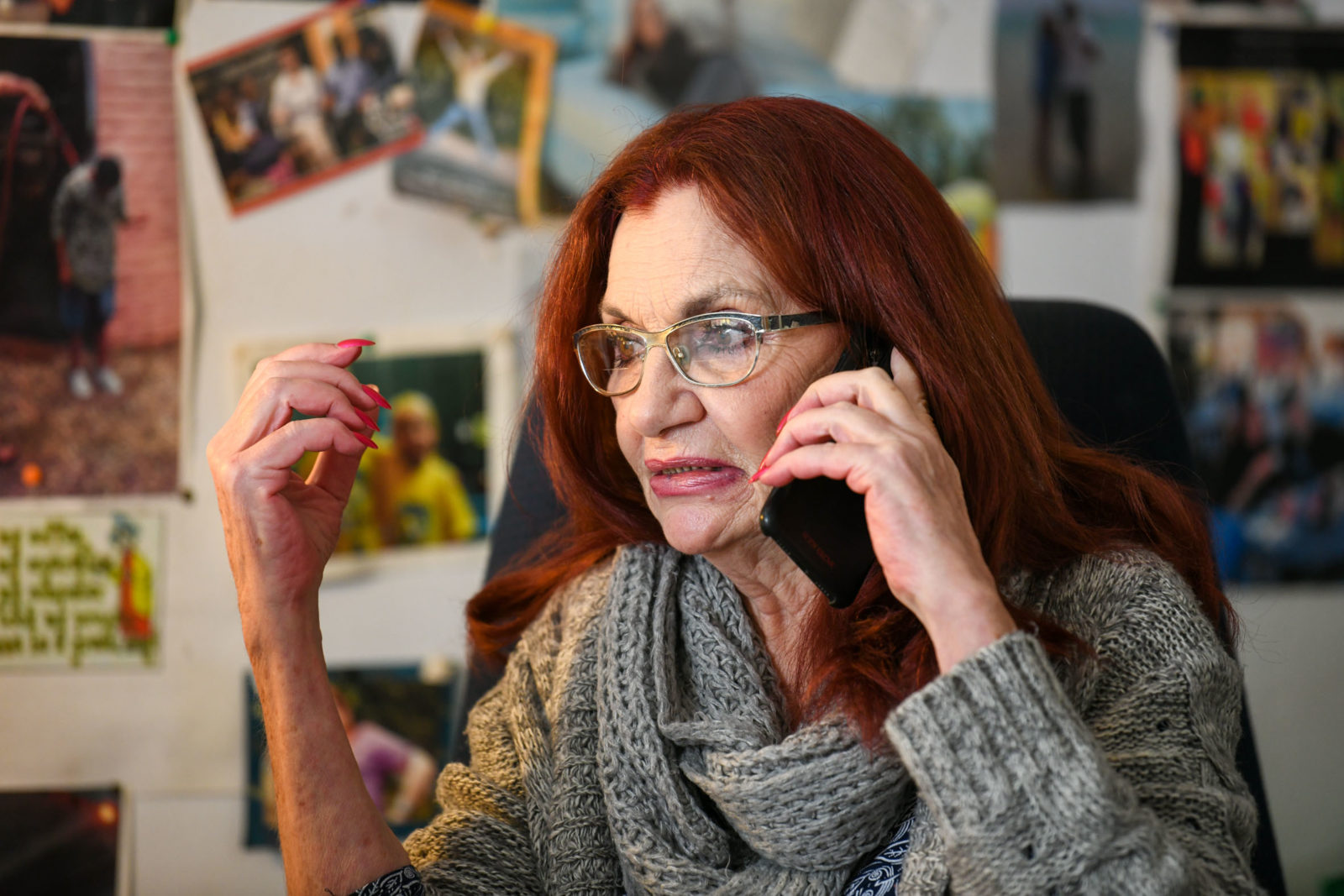 The founder of Nkosi’s Haven, Gail Johnson attempts to manage a multitude of tasks each day in order to keep the children's home functional. Seeking funds to keep the centre afloat is just one of many challenges. Picture: Chris Collingridge

Monday marked 19 years since the death of child AIDS activist Nkosi Johnson. The woman he called mom was at the forefront of the fight from the beginning – and is still there.

A Harley in the garage would be nice, maybe also a bank balance that didn’t hover so close to red, but Gail Johnson just laughs these days about her “could-have-been” life.

Back in early 1990s Johnson ran her own PR consultancy, loved fast cars and even once joined the crew of a yacht sailing back to South Africa after having taken part in the Cape to Rio yacht race.

Even with the glam and the carefree days of her life back then, she wasn’t the kind of person to look away or let someone else do the heavy lifting. In 1990 she became a founding member of a home for HIV-infected men in Houghton.

“Gay, white men with HIV was about as taboo as it got for the suburbs,” she says, her voice husky from years of losing the battle to quit smoking.

Stretching narrow minds and matching this with action, conviction and compassion has been what she’s always gravitated towards, and what’s she’s unapologetic about too.

It was a phone call that came through to the care home about a year later, in 1991, that changed her life forever. It was a call from a doctor on the home’s board asking if they would take in a child with HIV.

That child was Xolani Nkosi. He had just turned two. He was later adopted by Johnson after his HIV positive mother, Daphne Nkosi, could no longer care for him and when the care home closed.

He would come to be known as Nkosi Johnson – a global icon and face of children on the continent affected by HIV/AIDS. But first Gail Johnson had to fight schools that refused to enrol Nkosi because of his condition. She had to fight the complaining neighbours. And she lost friends. All because of her decision to adopt Nkosi and speak out for others affected by HIV/AIDS.

By the time Nkosi came to live with Johnson, she had for years been using her home as a Childline safe house, and had also worked as a police reservist. She’s always felt the need to create safe spaces and right wrongs at street level. But when it comes to books and movies, she’s a sucker for anything murder and crime-related.

It was Nkosi’s questioning of the world, and his acute awareness that there were other children like him who were suffering, that spurred Johnson to set up a home for HIV-infected mothers and their children.

“It broke me when ‘Kosi said to me one day that he was really sad his other mommy didn’t get to say goodbye to him when she died. No mother and child should be separated because of some diagnosis,” she says.

Nkosi’s Haven was set up in Berea, an inner-city suburb to the east of Johannesburg, in 1999.

“’Kosi was just like any other child in so many ways, but he was also an old soul. He loved the press and TV cameras, and he loved spending time at Nkosi’s Haven because he was really treated like a little king when he visited there,” says Johnson.

These were, however, the years of AIDS denialism, lingering homophobia and the not yet won rights for treatment and support for HIV-infected people, pregnant women in particular. Johnson and Nkosi were not going to be voiceless or invisible.

“From as soon as he could understand, we told ‘Kosi about the ‘baddies in the blood’, and as he got older he also learnt the terminology – we were never going to tell him lies. We knew that all the ostrich with its head in the sand BS were lies, while babies were being born to die, and we were burying mothers all the time,” she says.

Nkosi took to the media like a duck to water and was invited to address the World AIDS Conference in Durban in 2000. It was a year before he died at the age of 12.

Over the years, Johnson has suffered her share of abuse from people accusing her of “playing white saviour” – or, worse, accusing her of exploiting Nkosi to raise money.

“It hurts like hell. Many people didn’t realise that Nkosi had been living with me for nine years by the time he got up on stage, and many didn’t even know we had set up Nkosi’s Haven. It’s easy to judge while doing nothing.”

Johnson agrees that Nkosi’s voice and his activism did help raise money – but she says “it’s money for the projects and the home… as for me,I still drive my 14-year-old car today”.

She has learnt, though, that being outspoken and going against the grain invites detractors, criticism and even cruelty, and it’s been a challenge to stay upbeat and on track.

Johnson quit her PR work when Nkosi began to get very ill and when the home demanded more full-time attention. Today, the Berea home is no more – having been reincarnated as Nkosi’s Haven Village in Alan Manor in the south of Joburg. It’s home to 150 moms and children.

She’s still hands on at the Village. Some days there are literal fires to put out – a blaze caused by a heater did significant damage to one of the cottages this autumn.

“We’re seeing challenges now, like teens becoming lax with taking their ARVs, so it’s about setting rules and boundaries, building their sense of personal responsibility and also not taking their bullshit.”

Johnson is every bit the no-nonsense mommy with the children at the Village, but she’s also known as a big softie. Her office has a constant stream of young people coming and going and there’s a load of paperwork to get through on her overflowing desk. Among the dozens of photocopied photos, notices and ceremonial cheques, a painting of Nkosi dominates the office.

A sign on a shelf saying “Relax” is a useful reminder when her days are filled with juggling bills, arranging logistics for home-schooling children in lockdown, or getting through endless calls from other charities.

“I hate the word, but I’m a granny now and I think my two own biological children would call me nuts for not being retired or not having more financial security. I also have another adopted son, Thabo, who is finishing matric this year, so that also keeps me busy,” she says.

Johnson calls the Village her “happy place”. She says the 19 years since Nkosi’s death have passed in the blink of an eye. But there’s still work to be done – another generation of children with HIV-AIDS who need help.

“As long as I can drive and see where I’m going, I’ll keep coming to the village. It’s just what I do,” she says. DM