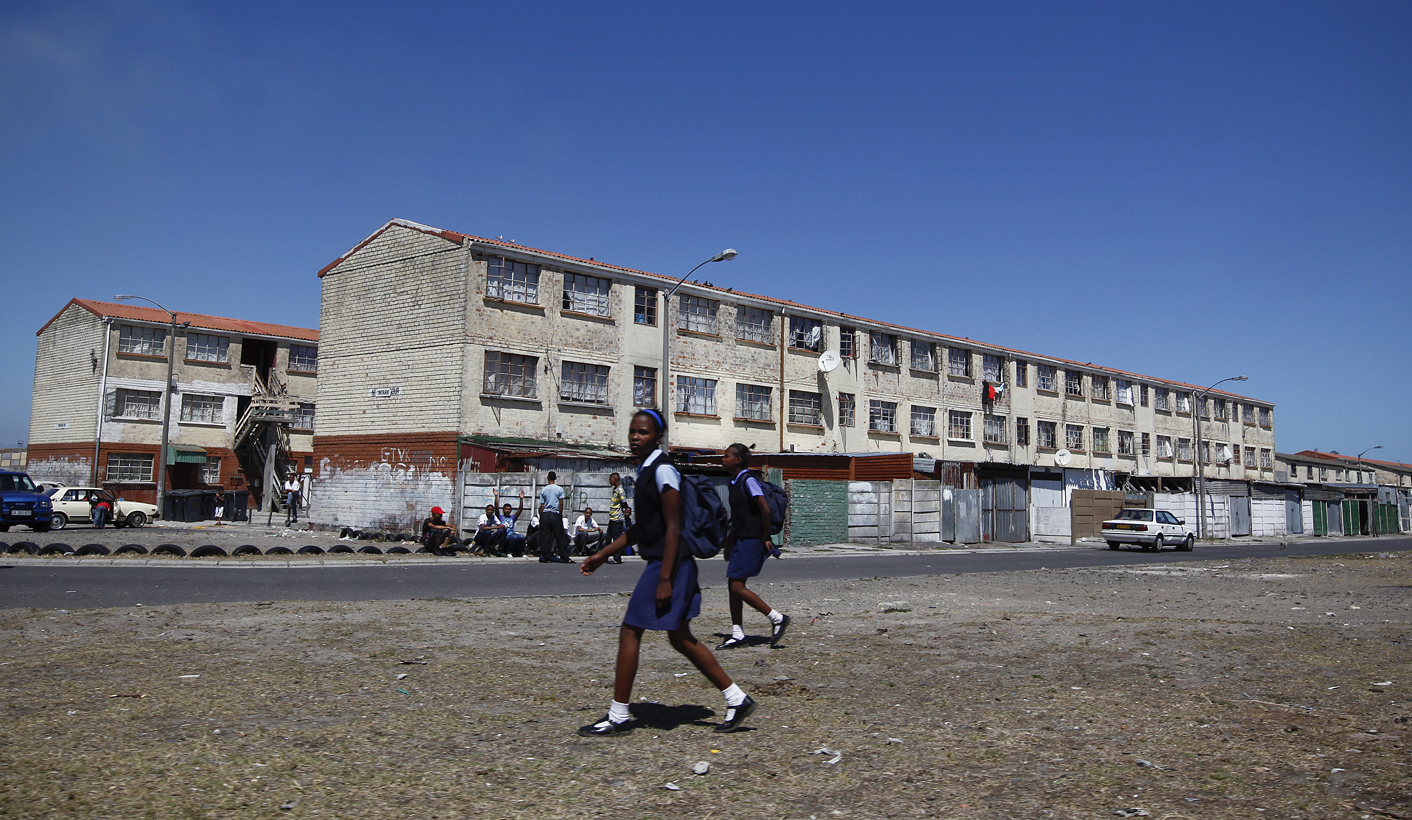 There have been calls for the government to muster the same enthusiasm and resources that it has deployed against Covid-19 to tackle renewed gang violence in Cape Town that has seen at least five children shot.

Western Cape Missing Persons Unit director Candice van der Rheede has asked for action in the aftermath of a double killing in a drive-by-shooting in Bonteheuwel on Wednesday 3 June.

Mogamat Johnson, 31, died on the scene while his two-year-old son, Zhario, who was struck by a bullet during the shooting, later died in hospital.

“They are more worried about the cigarettes being illegally purchased than those killing our babies. Why do we need to wait till something happens to speak out and stand out?” Van der Rheede said.

Police spokesperson Novela Potelwa said preliminary reports indicated that Johnson, carrying Zhario, had walked from a nearby shop on Bonteheuwel Avenue at around 7.15pm. A vehicle pulled up alongside them and two men jumped out and began shooting at Johnson and his son.

Bonteheuwel ward councillor Angus Mckenzie on Thursday 4 June said law enforcement officers were quick to arrive on the scene and had chased the shooters.

The perpetrators escaped but discarded the firearm, which had been retrieved by the police. Law enforcement has been heightened in the area, assisted by members of South African National Defence Force (SANDF).

This latest child-killing comes during Child Protection Week held from May 31 to June 7 under the theme: “Let us all protect children during Covid-19 and beyond”.

Zhario was the fifth child shot during terror unleashed by gangsters in hotspots on the Cape Flats since South Africa moved to lockdown Level 3.

Condemning the violence, Shanaaz Mathews, director of the Children’s Institute at University of Cape Town said:

“We know that violence against children [VAC] is seldom random – the study into the determinants of VAC shows a web of interrelated factors increase children’s risk of experiencing violence and being killed.”

“I will be guided by children’s own articulations of their experiences of violence. Then feeding into government systems the need to ensure sustained commitment of budgets and services to support children to ideally live lives free of violence and fear,” Nomdo added.

“We are in the week of Child Protection. Where is the protection for the children? Where are the laws that have been fought for since 2019 for the protection and safety of women?

“None of these laws were looked at. Instead, our government has released a lot of prisoners who are now part of this gang warfare and killings. Do the authorities have a report-back where they can pinpoint where are those that came out on parole?” Pascoe asked.

On Sunday, an alleged member of the Fancy Boys, 16-year-old Garren Opperman was gunned down by members of the Americans in Atlantis. Eleven bullets slammed into Opperman in a drive-by-shooting.

In another gang-related incident, three people, including a seven-year-old boy and a 10-year-old girl, were wounded in separate incidents in Manenberg on Monday 1 June.

On Wednesday night, June 3, in Hanover Park, members of the Metro Police Tactical Response Unit found the body of an unknown male riddled with bullets. Two bystanders were also wounded.

On Sunday May 31, an alleged member of the Fancy Boys, 16-year-old Garren Opperman was gunned down by members of the Americans in Atlantis. Eleven bullets slammed into Opperman in a drive-by-shooting.

“Since the weekend, we have seen a spike in alleged gang-related shootings within Manenberg, Lentegeur, Bonteheuwel, Beacon Valley, Lavender Hill, amongst others. There have been numerous incidents in which children have been affected by the renewed violence that has broken out since we shifted to Alert Level 3 of the lockdown.

“Gangs are taking advantage of the reduced alert level to settle scores and cause havoc in communities. We will not allow this to happen. Despite our response to Covid-19, the Western Cape government has not abrogated its commitment to making communities safe,” Fritz said.

He said the Western Cape Safety Plan launched by Premier Alan Winde in September 2019, remained committed to halving the murder rate over the next 10 years.

The Department of Community Safety was working with the SAPS, LEAP, neighbourhood watches, community police forums and all other stakeholders to put a stop to the harm caused by gangs, Fritz said.

“I wish to relay my heartfelt condolences to the Johnson family and to their friends during this difficult time. I’m outraged by the spate of gang-related shootings that we are seeing.”

Anyone with information that can assist the police investigation is urged to contact the investigating officer, Sergeant Lorenzo Ahrendse, on 079 894 1776. DM/MC