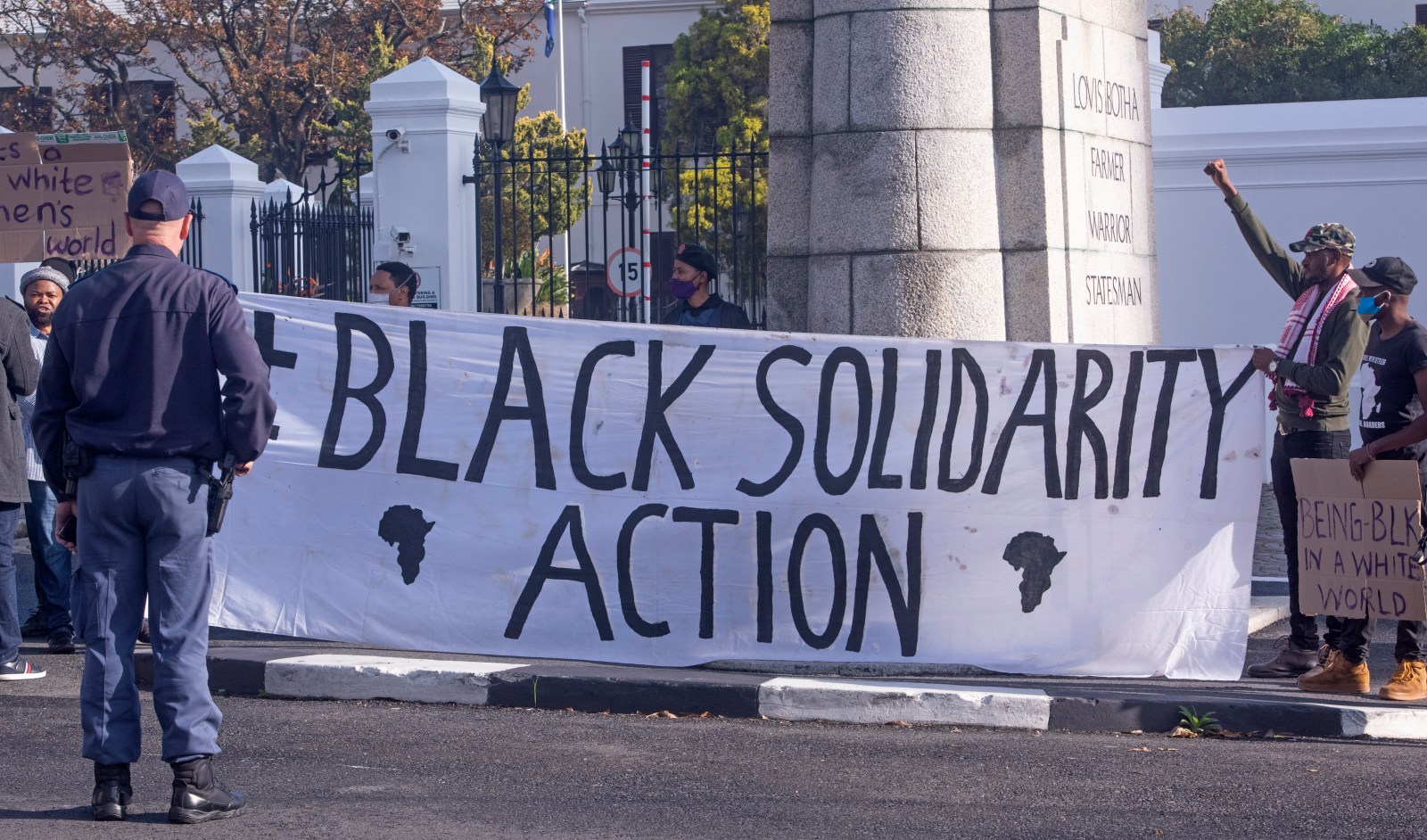 Several high-profile sports stars and ruling bodies have come out in solidarity against the brutal killing of Minneapolis resident George Floyd by police, which has sparked nationwide protests in the US.

Sports stars, and particularly sports federations and ruling bodies, are notoriously reluctant when it comes to public displays of political or social comment.

The fear of losing lucrative endorsement deals and sponsorships, as well as the potential for alienating part of their support bases is usually enough to reduce most of the sporting industry to inane platitudes when there is a “real” issue.

High-profile stars such as boxer Muhammad Ali, American football quarterback Colin Kaepernick and latterly basketball star LeBron James are the exception when it comes to standing for something greater than their brand.

Sport is sprinkled with courageous athletes that have either spoken out, displayed slogans or made gestures against a host of issues from wars to politics and racism. Considering the size of the global sports industry and millions of professional athletes who have participated at the highest level, speaking out is still unusual.

American sprinters Tommie Smith and John Carlos famously raised gloved fists on the podium at the 1968 Olympics Games in Mexico City after they had won gold and bronze medals in the 200m.

“If I do something good like win a race, then I am an American, but when I do something bad, then I am a Negro,” Smith said afterwards, shortly before both he and Carlos were suspended from the US team by the Olympic committee and ordered to go home.

Floyd’s brutal killing by police, which was captured on film, has sparked protests across the US against police brutality directed at the African American community and has rekindled sentiments that Smith raised 52 years ago. America it seems, is still not an equal country.

In the past, most organisations frowned on players showing any political leanings, but there has been a subtle shift in mood by sporting powers as some of the world’s best athletes spoke out for the first time.

The notoriously apolitical former basketball star Michael Jordan, who once said, “Republicans buy sneakers too,” in reference to not publicly endorsing a black Democrat in an election against a white Republican with ties to the Ku Klux Klan, spoke out about Floyd.

“I am deeply saddened, truly pained and plain angry,” the 57-year-old Jordan said in a statement released by the Charlotte Hornets, the basketball team he owns. “I see and feel everyone’s pain, outrage and frustration. I stand with those who are calling out the ingrained racism and violence toward people of colour in our country. We have had enough.”

Six-time Formula One world champion Lewis Hamilton flexed his political muscles when he called out his fellow competitors, all of whom are white, over their silence.

“I see those of you who are staying silent, some of you the biggest of stars yet you stay silent in the midst of injustice,” Hamilton said in a social media post. “Not a sign from anybody in my industry which of course is a white-dominated sport. I’m one of the only people of colour there, yet I stand alone. I would have thought by now you would see why this happens and say something about it but you can’t stand alongside us.”

And even golfer Tiger Woods, who has spent his entire career avoiding straying into political commentary with the same passion he tries to avoid bogeys, was moved to comment.

“I have always had the utmost respect for our law enforcement,” Woods said in a statement. “They train so diligently to understand how, when and where to use force. This shocking tragedy clearly crossed that line.”

Sanctions, when athletes display political imagery and slogans, are usually swift, and occasionally heavy, in the professional sporting arena. So, it is refreshing to see more sportspeople speaking out over Floyd’s horrific killing, and authorities taking a more tolerant and understanding view.

The English Premier League has agreed to allow players, who want to display signs of solidarity for the George Floyd justice campaign, the freedom to do that. Their decision came hours after Gianni Infantino, the president of football’s ruling body Fifa, said players should be “applauded” in calling for justice for Floyd.

But the backdrop to the Premier League and Infantino’s stance came after German soccer authorities decided to sanction several Bundesliga players for wearing logos in support of Floyd.

“For the avoidance of doubt, in a Fifa competition the recent demonstrations of players in Bundesliga matches would deserve an applause and not a punishment,” Infantino said in a statement.

Fifa called on football leagues to use “common sense” when deciding whether to discipline footballers for displaying political messages. “Fifa fully understands the depth of sentiment and concerns expressed by many footballers in light of the tragic circumstances of the George Floyd case.”

The Premier League is due to restart on 17 June 2020, after a Covid-19 enforced hiatus. The English FA, which oversees disciplinary action for Premier League games, has given the green light for players using games to protest against social and racial inequality.

“Where any behaviours or gestures on the pitch that may constitute a breach of the laws of the game have to be assessed, they would be reviewed on a case by case basis with a common-sense approach and understanding of their context,” the FA said in a statement when asked about players’ tributes to Floyd.

“The power of football can break down barriers across communities and we remain deeply committed to removing all forms of discrimination from across the game we all love.”

At training at Anfield, the entire squad of Premier League leaders Liverpool took a knee in a sign of solidarity and support for Floyd and his family.

Others such as NFL legend Tom Brady and former baseball star Derek Jeter also spoke out while rising tennis star Coco Gauff asked: “Am I next?” in a tiktok social media video post, which displayed pictures of other African Americans who were victims of law enforcement brutality. DM