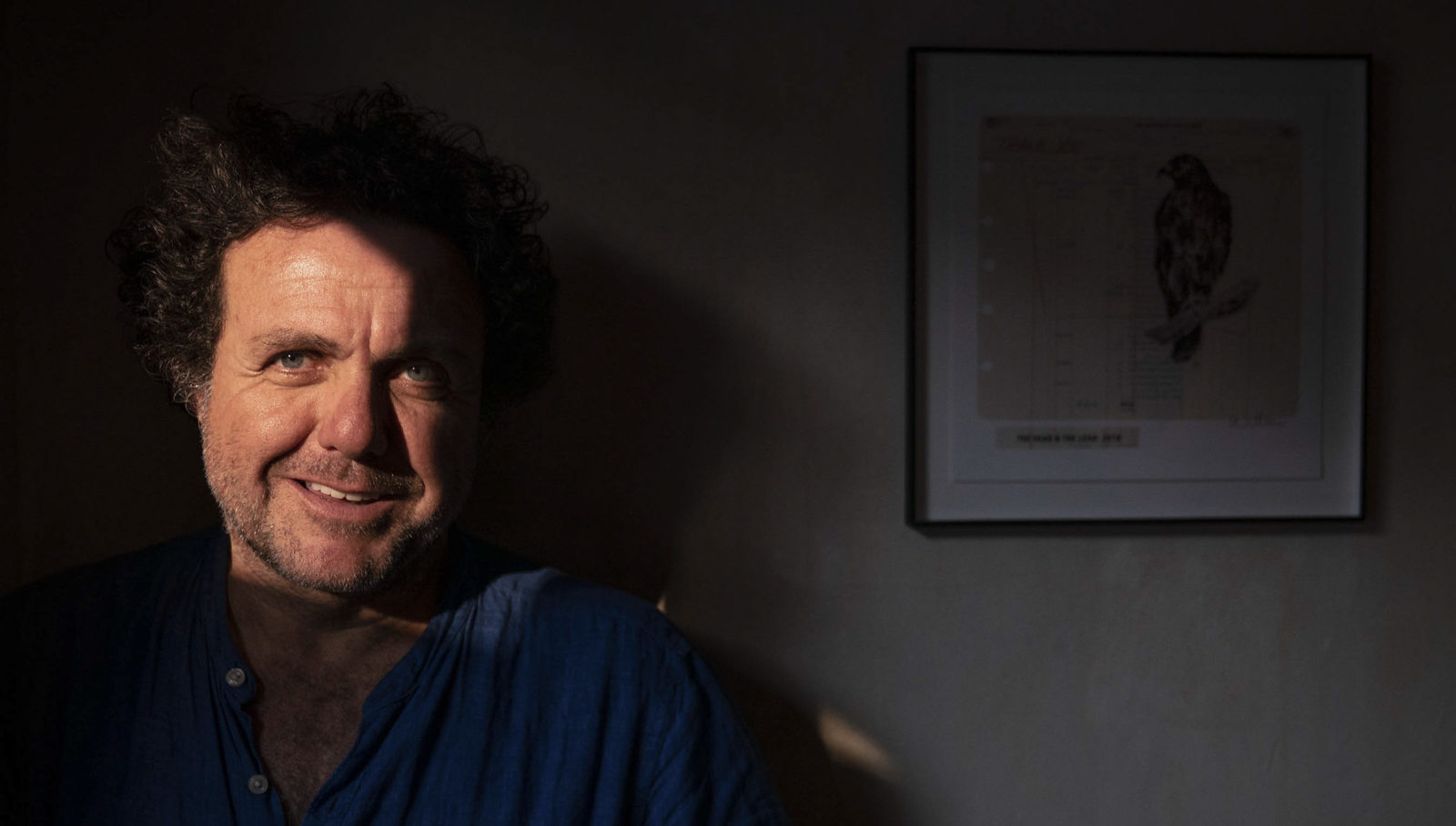 Composer Philip Miller has created a new arrangement of a song recorded in the 1930s by Reuben T Caluza. The song has been released in order to raise funds for musicians and singers whoa re unable to work because of lockdown restrictions (Photo: Madelene Cronjé/Wikipedia)

Composer Philip Miller has pulled a thread through history honouring the work of Rueben T Caluza and raising funds for musos financially sapped in a time of virus.

“It came for the young maidens, it came for the grooms. It burned out the elders and finished the youth.”These are composer Reuben Tholakele Caluza’s words translated from his song Influenza 1918 recorded in the 1930s. It was the composer’s requiem to the dead as the Spanish flu epidemic claimed 300,000 lives in South Africa. Caluza’s words are a reminder that life is not short, but sudden in how quickly it’s over. At the same time Influenza 1918 is a hymn to the human spirit that endures even after a pandemic.

Caluza and his Double Quartet recorded the song and dozens others to best-selling status under the HMV label in England. It’s 90 years old now but has a haunting resonance with the pandemic of our generation.

Acclaimed composer and aural storyteller Philip Miller revived Caluza’s song for our time. Miller’s past works include RE-wind: A Cantata for Voice, Tape and Testimony – setting the Truth and Reconciliation Commission hearings to music and song. Miller has bought contemporary arrangement to the hymn he worked on with 10 singers and musicians he calls his “work family”. The song was released for free download at the beginning of May with donations going to #MusoreliefSA, the fund Miller set up.

“I was getting phone calls in the first weeks of the lockdown from people I had worked with for years who were unable to work and were starting to struggle financially,” says Miller, who has seen his own projects and work evaporate.

It was in the early days of lockdown that Miller came across an article that mentioned Caluza’s song. He knew of Caluza’s work but not of the song. Caluza, was born in 1895 in Edendale in then Natal, and was a leading composer, conductor and teacher in the 1920s and 1930s. He was part of the New African Modernity movement and though he taught and composed choral music he was also well-loved for his ragtime songs composed in isiZulu. He was an alumnus of John Dube’s Ohlange High School and studied at Hampton University and Columbia University in the United States before returning to South Africa to teach.

When Miller heard Influenza 1918 for the first time with translations by Howard Philips, emeritus professor of history at University of Cape Town, the full weight of loss and the hollow despair of the time, especially for many black South Africans, hit home.

“The Land Act had come into being in 1913, World War I had just ended and the influenza pandemic struck,” says Miller of the burden loaded on those pushed to the margins – realities that Caluza observed and interpreted in moving musical genius.

“It’s the same for us in Covid times – my experience of lockdown in Kalk Bay is completely different to someone’s in the township next to mine,” says Miller.

Miller also had a personal load to carry. He lost his mother, Elizabeth, in the first weeks of lockdown to a heart attack. Grieving and mourning in isolation was heartache Miller chose to channel into creating the relief fund. To date, about R100,000 has been raised.

There was no sheet music for the song that could be located so Miller had to work out the different parts for the “work family” he gathered to work on the project.

Because of lockdown, Miller sent everyone a backing track via voice message. The singers had to learn the song, record themselves on their cellphones and send these back via voice messages to Miller. Remarkably he says everyone sang in the same key and the same tempo, even though they never physically came together. Some of the singers also filmed themselves in their homes during lockdown and these were edited for a music video made by Miller’s partner, Marcos Martins, who is locked down in Rio, Brazil.

“Some people didn’t have the luxury of a quiet space in their homes to record, some people had to record after they home-schooled their children or late at night without waking the neighbours,” says Miller of the realities of life in lockdown.

Another soprano who worked on Influenza 1918 is Thula Magubane. Magubane is a student at Wits University and supported herself through gigs and concerts before lockdown. She says as a young person listening to Caluza’s words of how the Spanish Flu felled young and old alike was a wake-up call.

“It’s been hard; everything just stopped,” says Masi Malima, a tenor who had till lockdown been working with Miller on a soundscape on Anne Frank’s life and her diaries while in hiding from the Nazis. Malima had been coaching girls from a school in his township of Masiphumelele who were taking part in the project.

“Sometimes I didn’t have enough data to send my voice recording to Philip,” says Malima of how quickly money ran out.

“Lockdown has been financially, emotionally, creatively difficult with everything cancelled suddenly. So when Philip came with this idea I was like ‘thank you – at least this is something’,” says the single parent of two children.

Masina says: “It took some days for Caluza’s song to really sink in, it made me realise how people suffered in that era and the courage they had to survive. With this song we are trying to bring a gift of hope, of love, of healing and unity in a time of Covid-19.”

Another soprano who worked on Influenza 1918 is Thula Magubane. Magubane is a student at Wits University and supported herself through gigs and concerts before lockdown. She says as a young person listening to Caluza’s words of how the Spanish Flu felled young and old alike was a wake-up call.

Magubane says: “We are chain reactions and we must not repeat the mistakes of history. Working on this has taught me that together we are powerful even when we are physically apart, like how we all had to record this song in lockdown.

“My art, my singing, is my lifeblood and I hope that people can hear our song be touched and that it stirs something in them.”

Listen to Influenza 1918 here or here. To donate scan the QR code at the end of the song or go to busqr.co.za/streamer/philip–miller/ DM/MC