Can Lourenço deliver at a time of crisis? 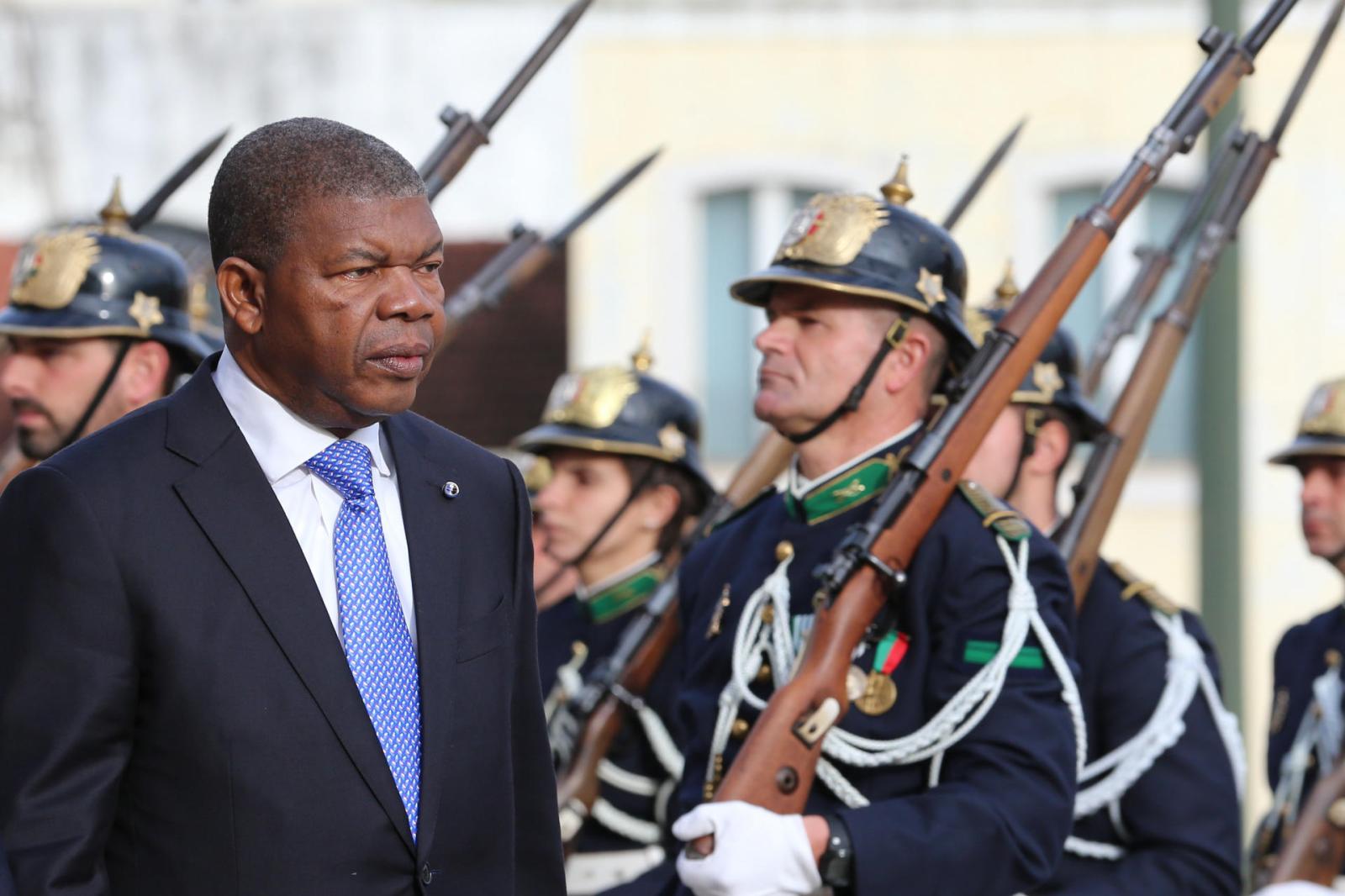 Angola’s President João Lourenço during the welcome ceremonies at his arrival for a visit to the Portuguese Parliament, Lisbon, Portugal, 22 November 2018. (EPA-EFE/Manuel De Almeida)

Covid-19 and plummeting oil prices are immediate crises that threaten the reform agenda of Angola’s president.

Angola’s President João Lourenço finds himself in the middle of numerous concentric circles of crises. These include a public health emergency in the face of the Covid-19 pandemic, government revenues slashed by falling oil prices, systemic corruption and nepotism, widespread poverty, and a steep public debt repayment schedule. Angola’s debt-to-GDP ratio has reached a crippling 111%.

Lourenço brought a renewed sense of hope to the country when he took over from José Eduardo dos Santos in 2017. He inherited entrenched corruption, underdevelopment and poverty, inequality, a weakened and divided ruling party, and a heavily securitised state.

A new Institute for Security Studies report notes that on taking up the presidency, Lourenço rapidly understood that to survive he needed to reform. His task to revive the economy, fight corruption and open the political space was monumental to begin with. Now Angola faces even greater challenges. Covid-19 and dropping oil prices individually have the capacity to reverse many of the important reforms enacted.

In April global oil prices plummeted, causing the government to lose 40% of its revenues (equivalent to US$9.6-billion). The public health emergency has hit Angola at a time when it had continuously disinvested in social services, and the healthcare sector was severely underfunded, understaffed and under-resourced.

Lourenço declared a state of emergency on 26 March to try to impose a general quarantine to stop the Covid-19 spread. To date Angola has registered four deaths and 86 infections, although testing is scant and has mostly been targeted at people coming from abroad. The danger of the spread being underestimated and underreported is real given past experiences (the 2016 yellow fever outbreak) and the lack of general testing.

The Angolan Armed Forces were deployed in Luanda, patrolling the capital where millions live in very crowded neighbourhoods and informal settlements. The military and police also began enforcing a curfew in the provinces.

The government is coming under widespread criticism by civil society for the heavy-handed approach of the security forces and lack of solutions for people who have no food. Many chose to defy the restrictions, preferring to die of the disease than of starvation.

Managing this crisis was health minister Silvia Lutucuta, but she was quickly replaced by General Pedro Sebastiao who runs the Presidency’s Security Bureau. On 7 April Lourenço also staged a major government shake-up by replacing 17 ministers and 24 state secretaries, reducing executive portfolios from 28 to 21.

The reshuffle is interpreted as his need to politically align allies rather than seek qualified individuals to help define a crisis response and recovery plan. So far these actions are insufficient and unlikely to keep the country safe.

First, Lourenço should understand that party politics mean nothing in such circumstances, and that any effort to politicise this crisis will lose him the credibility he’s gained. He approved the transfer of US$420 million to a programme aimed at helping 1.6 million families over the next two years. But how levels of vulnerability will be determined and how families will register for this aid remains unclear.

Second, any economic missteps will be vilified across society and have a negative impact on international partners. The bank loan from ABSA worth US$118-million for the purchase of aircraft for Angola’s national airline TAAG acquired at the end of March was unnecessary. Spending US$180 million in a context of extreme military overspending to pay for technical and military projects re-equipping the armed forces was also unwise.

Third, militarising the lockdown and response will cause anger and place the most vulnerable at greater risk. Displaying a war mentality when it comes to dealing with social and public safety threats won’t save lives. Fourth, while resources are strained, Angola has formal and informal social networks to help build the resilience of the healthcare system and increase food security. These must be rallied.

Addressing these crises will require the kind of leadership that is transformational, honest and brave. Despite shortcomings thus far, the president can still correct his strategy. While government default should be avoided, restructuring the debt service is vital. Over 50% of the national budget shouldn’t be going to pay the government’s external public debt. These funds should be injected into the local economy and healthcare as temporary measures to ease suffering.

Micro-lending to stimulate food production and small business programmes must be enacted countrywide, but should be monitored, and funds distributed by international and multilateral partners operating in Angola.

The military and other security forces of the Presidency are equipped to perform duties that go beyond national security. Their logistics systems allow them to bring in food harvested in the countryside to feed the cities. They can also help people relocate to their provinces of origin to help with farming and ease the pressure on cities. These security forces, including the police, are stationed in every province and have the capacity to help health officials with Covid-19 testing.

As a securitised state preoccupied with monitoring dissent, intelligence services and surveillance systems would be better used for contact tracing to help slow the spread of the virus. Given that social distancing is impossible in informal settlements, a combination of testing and contact tracing to quarantine those who have been exposed to Covid-19 is crucial.

Angola, like many other African countries, is facing seemingly insurmountable challenges. How Lourenço acts now will define his legacy. DM