Why are South Africans hungry when there’s surplus fo...

Why are South Africans hungry when there’s surplus food? 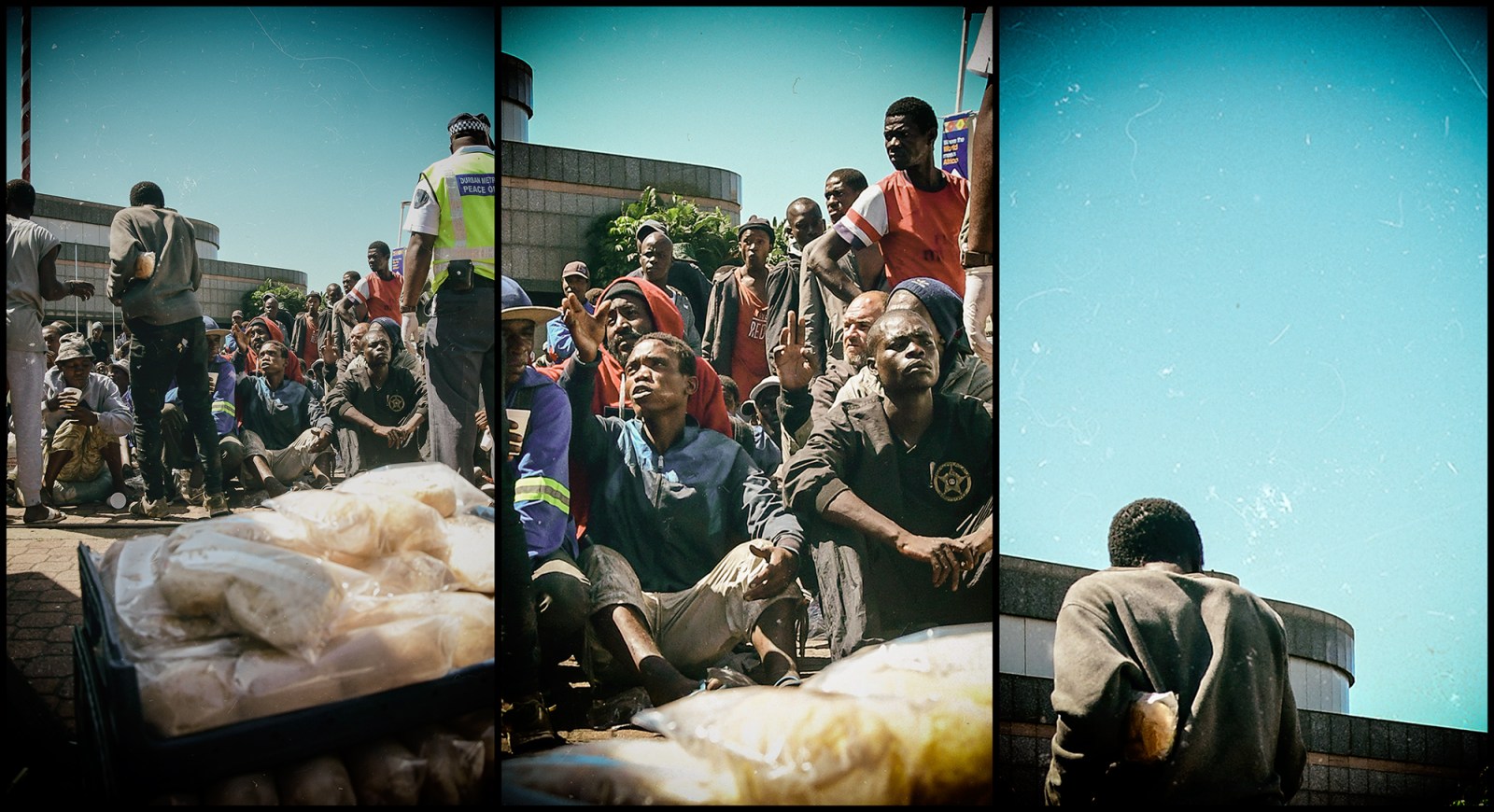 While so many South Africans are naturally worried about avoiding Covid-19, it is clear that to even more people the greatest fear is hunger. The evidence is that so far, food production has remained the same, but farmers have too much food on their hands. Yet, the price of food has gone up.

There is now ample evidence that many people are going hungry, and that for many the situation is desperate. Queues for food parcels, queues for UIF applications, queues to apply for social grants, are all evidence of how bad the reality is for many of our fellow South Africans. People who made their pre-Covid-19 living by running spaza shops, cutting hair, washing cars, or guarding cars in shopping centres, the millions of people in the informal sector, have almost all been unable to work and earn a living for themselves and their families.

It is also too early to say definitively what is happening in our food supply mechanisms. There is not enough data available. But there is enough evidence to make certain points.

The amount of food South Africa produces has not changed, it is the same as it was before the lockdown. But the evidence is that the price that people are paying for it has gone up by at least 7% since the beginning of March. While there is surplus food on world markets, farmers worry that the price of what they produce could actually drop sharply this year.

So, what is going wrong? Why do we have too much food, and yet so many are not able to get it, or afford it?

AgriSA, the body that represents farmers, has confirmed that food production is roughly the same as it was before the lockdown. The head of its corporate chamber, Mihlali Xhala told SAfm that “food production has been going as normal, farmers weren’t expecting the lockdown, but we have seen a decline in demand in terms of consumers, and storage facilities by other agricultural processing companies being filled to capacity due to lack of demand from the consumer side”.

She goes on to say that, in fact, “There is a surplus globally of food; farmers are very worried about dumping and the price of food in the coming months and what they will do to prices for example.”

In other words, farmers are worried that other countries will be producing too much, and will sell their food here at below cost to recoup some of what they have lost (this is known as “dumping” and is often regulated under World Trade Organisation directives).

The problem appears not to be on the supply side.

The Pietermaritzburg Economic Justice and Dignity group, which has compiled food price figures for many years, has important data on what is happening in households. Their researcher Julie Smith says that the price of the average food basket, what people actually pay for food, rose by 7.8% from the beginning of March until the end of May. The price of white bread is up 15%, while brown bread is up 14%.

But the picture is even worse than that. Many people get food while they are out of the house; many get from their employer, and for many children their most nutritious meal of the day is the one provided by their school. As Smith says, “Households are having to buy more staple foods because the food is running out faster.” In other words, the food being bought is no longer sufficient.

She also points to what might be one of the major issues causing food prices to be higher at the output point while not in the chain itself. It’s because people are not able to shop around, they cannot move as they normally do, looking for the best deals. At the same time, it appears that supermarkets themselves are not running promotions in the way they normally do, there are no loss-leaders (when an outlet sells a good below cost-price to bring in customers) that are currently in play.

…the price of the average food basket, what people actually pay for food, rose by 7.8% from the beginning of March until the end of May. The price of white bread is up 15%, while brown bread is up 14%.

This appears to be borne out by what the food processing companies say.

The head of corporate affairs at Tiger Brands, Mary-Jane Morifi, says that they have experienced some increases:

“Most of our inputs come from exported raw material, your rice and your meat, we are experiencing price increases. But we are not passing those increases on to the consumer as yet, because we entered into an agreement with the DTI that for this lockdown period, for during the pandemic and the National Disaster, companies should not increase their prices to beyond the growth margins that they were receiving before the pandemic.”

In other words, the increase in prices is not coming from them. This confirms that it is coming at the retail end of the value chain.

However, it is not that the supermarkets are to blame. They too are subject to regulations and the Competition Commission. Instead, there are other factors to investigate as well.

During most of the lockdown the informal sector was not operating at its normal levels; there were fewer spaza shops and other outlets selling food and other goods, so they were not able to move food around in the normal way. Again, the ability to shop around for the cheapest outlet was denied to shoppers, and it appears the informal sector plays an important role in this.

There is obviously much more research to be done around how and why food prices changed during this period, when output did not change. But the information in the public domain does indicate that the food supply chain is complex and difficult to manage. No matter the fancy of certain ministers, it cannot be run centrally as it relies on a series of different decision-making conditions that are impossible to control from a single spot. Too many moving parts, in other words.

This means that, like an economy itself, it is difficult to fully understand the country’s food chain. It makes it difficult to make changes secure in the knowledge of what the full consequences might be. More data on this will be available over the next few months. It will be vitally important for understanding how our food supply mechanisms work together and how they affect each other in a real world. DM