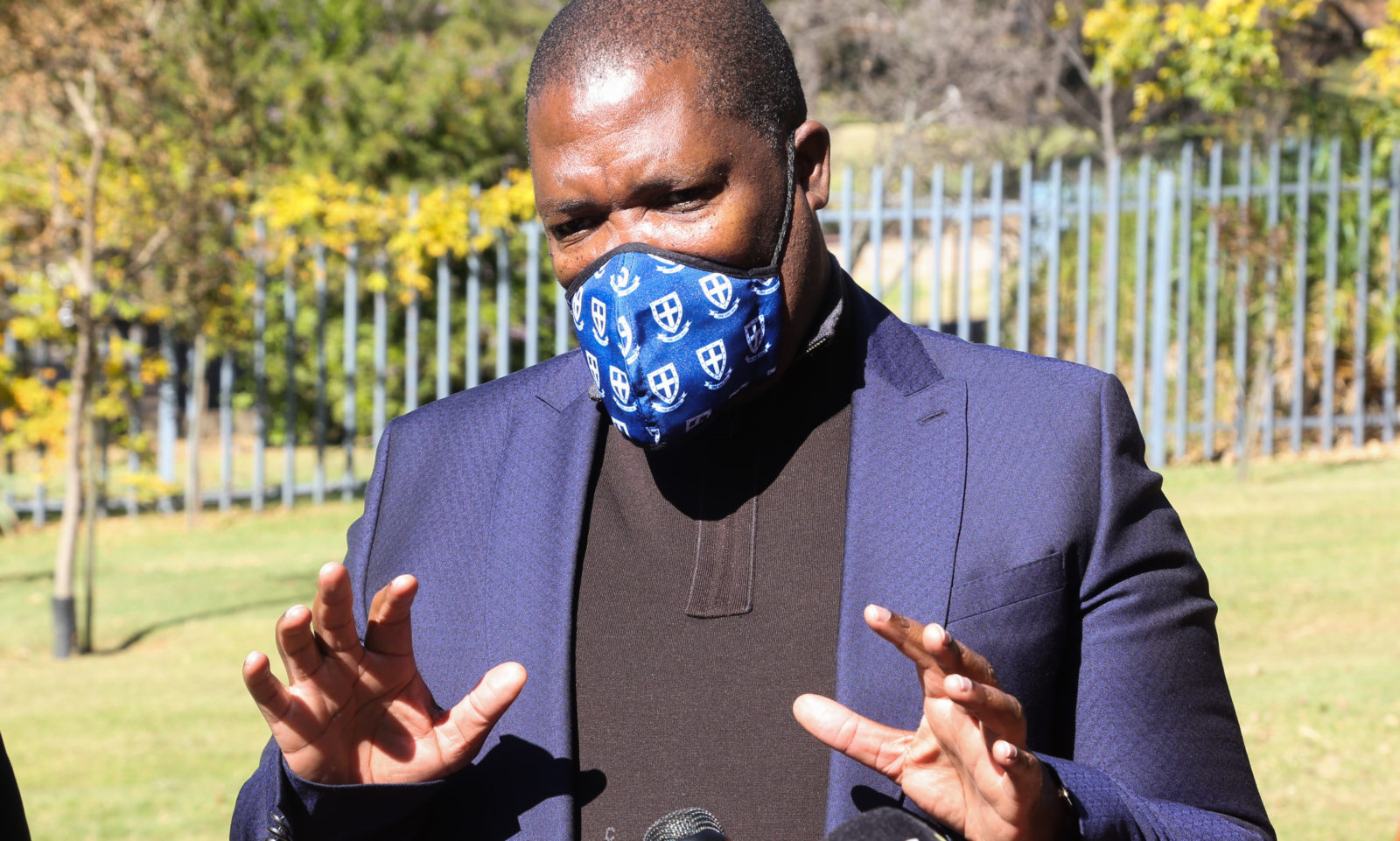 Gauteng Education MEC Panyaza Lesufi has slammed the decision by the Western Cape to reopen schools on Monday despite being instructed by the national government to wait a week.

Gauteng Education MEC Panyaza Lesufi has accused the Western Cape government of acting like a federal state and prioritising privileged students for reopening schools on Monday for Grade 7 and 12 learners.

“The misbehaviour and the attitude of the Western Cape government to think that they’re a federal state or they’re a government on their own and they can defy national government and open schools when we are told not to open schools must be rejected,” Lesufi said during the second online sitting of the Gauteng Provincial Legislature on Tuesday.

Schools were due to reopen for Grade 7 and 12 students on Monday but Basic Education Minister Angie Motshekga made a last-minute announcement postponing the return by a week to allow schools to implement health and safety precautions.

Western Cape was the only province that proceeded to reopen.

“It’s a behaviour that demonstrates that they don’t support a need to ensure that all children are treated equally. You cannot have a country where the privileged must continue to enjoy privileges and those that are poor must not be given the relevant support,” said Lesufi.

“The mere fact that the rich are ready to go back to school in Western Cape does not mean that those that are not rich in Khayelitsha must be undermined and therefore the decision that was gazetted by the minister must be respected.”

Lesufi said the minister is responsible for setting the school calendar while Western Cape leaders say they’re following the return dates that she gazetted.

The National Education Collaboration Trust (NECT), which is overseeing preparations to reopen schools after being shut for over 10 weeks during the Covid-19 lockdown, said Gauteng and Western Cape were the only provinces where most schools were ready for learners to return on Monday.

Gauteng Health MEC Bandile Masuku said personal protective equipment (PPE) had been delivered to schools in the province. “Gauteng department of education is 99.9% ready to reopen schools,” he said.

Lesufi said the provincial government is using the extra week before schools reopen to provide extra supplies of PPE in case of emergencies and replace those that have been stolen at some schools.

She said principals, teachers and support staff had worked tirelessly to prepare for the reopening and the provincial government spent R280-million on PPE, including 2.4 million masks and 7,000 non-contact digital thermometers.

The provincial department has said 98% of schools opened on Monday. Schafer has said some schools would not reopen because they hadn’t implemented safety protocols or they were being cleaned after staff tested positive for Covid-19.

“The disingenuous arguments by some that all schools should open simultaneously do not hold water. They argue that the poor will be left behind. Well the reality is that the poor ARE being left behind now, as wealthier schools or parents have the means to continue online,” said Schafer in a statement on Sunday.

“Our schools are overwhelmingly ready, including schools that serve poor communities. This has also been verified by the NECT.”

The Western Cape’s decision has been criticised by the SA Human Rights Commission (SAHRC) and teachers’ unions.

The SAHRC is going to court to challenge the province’s decision, claiming it undermines the rights of students to access equal education.

In a statement, teachers unions, including the SA Democratic Teachers’ Union, National Professional Teachers’ Organisation of SA, SAOU, Professional Educators’ Union and National Teachers Union said no children should be left behind and allowing prepared schools to reopen while delaying others would entrench historical injustices.

“The attitude of the Western Cape to define itself outside the collective must not be allowed. South Africa is one country and their insistence to go it alone undermines the unitary nature of our education system. We are not only going to scrutinise but challenge their motive,” they said. DM