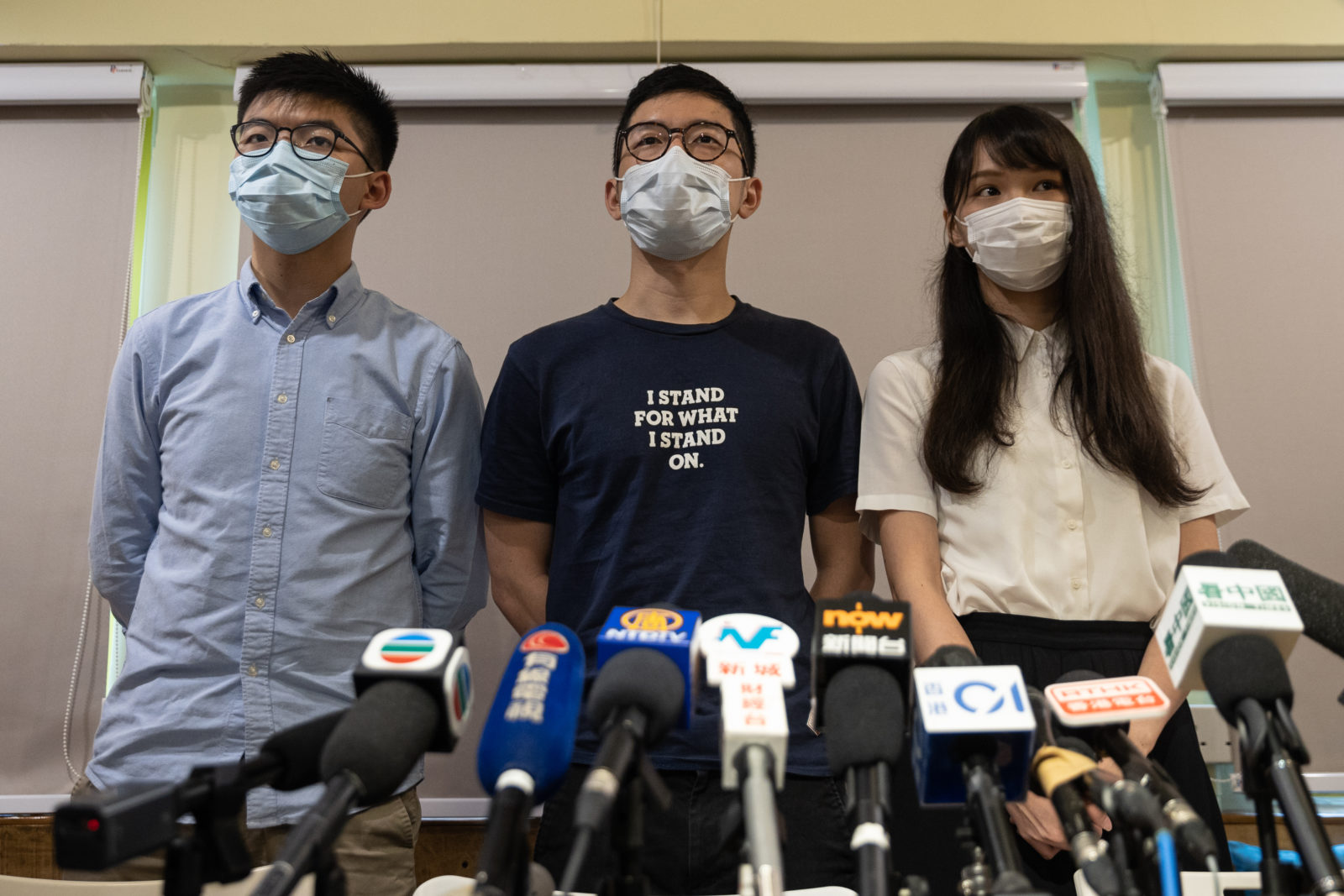 epa08453628 Members of the pro-democracy political group Demosisto, Joshua Wong (L), Nathan Law (C) and Agnes Chow (R) speak during a press conference in Hong Kong, China, 30 May 2020. They reacted to the U.S. President Donald Trump's comments that his government would begin eliminating special policy exemptions it granted to Hong Kong, following its earlier statement that the city was 'no longer autonomous' from mainland China. EPA-EFE/JEROME FAVRE

HONG KONG, June 2 (Reuters) - A Hong Kong pro-democracy group said on Tuesday it had filed a complaint with the United Nations over what it described as abuse of anti-government protesters held in custody in the Chinese-ruled city.

The prominent democracy group Demosisto cited three protesters as saying they had been physically and verbally abused by Correctional Services Department (CSD) guards while in detention, including being beaten and slapped in places without CCTV surveillance cameras.

CSD did not immediately respond to a request for comment.

The city government has not commented on the accusations. Hong Kong police have in the past denied using excessive force during protests, saying they have acted with restraint in the face of violent unrest.

Joshua Wong, secretary-general of Demosisto, said the inmates’ treatment fell under the definition of “torture” as laid out in the U.N. Convention Against Torture, and the complaint had been sent to the Office of the United Nations High Commissioner for Human Rights.

The three protesters, whose names were given only as Tom, Ivan, and Jackson, were all held in Pik Uk Correctional Institution, a centre in the district of Sai Kung that is used for inmates aged 21 or under, Wong’s group said.

They were detained as the novel coronavirus closed courts and they waited for Hong Kong’s judicial system to determine their fate over charges related to anti-government protests.

Nearly 9,000 people have been arrested and 1,671 people charged since anti-government protests escalated in June last year, according to police.

According to Demosisto and city legislator Shiu Ka-chun, at least 34 male protesters have been remanded in custody in Pik Uk since June 2019. Of those, 14 are still in detention.

The CSD said it does not have data on the number of people in detention related to the protests. (Reporting By Jessie Pang Editing by Anne Marie Roantree, Robert Birsel)