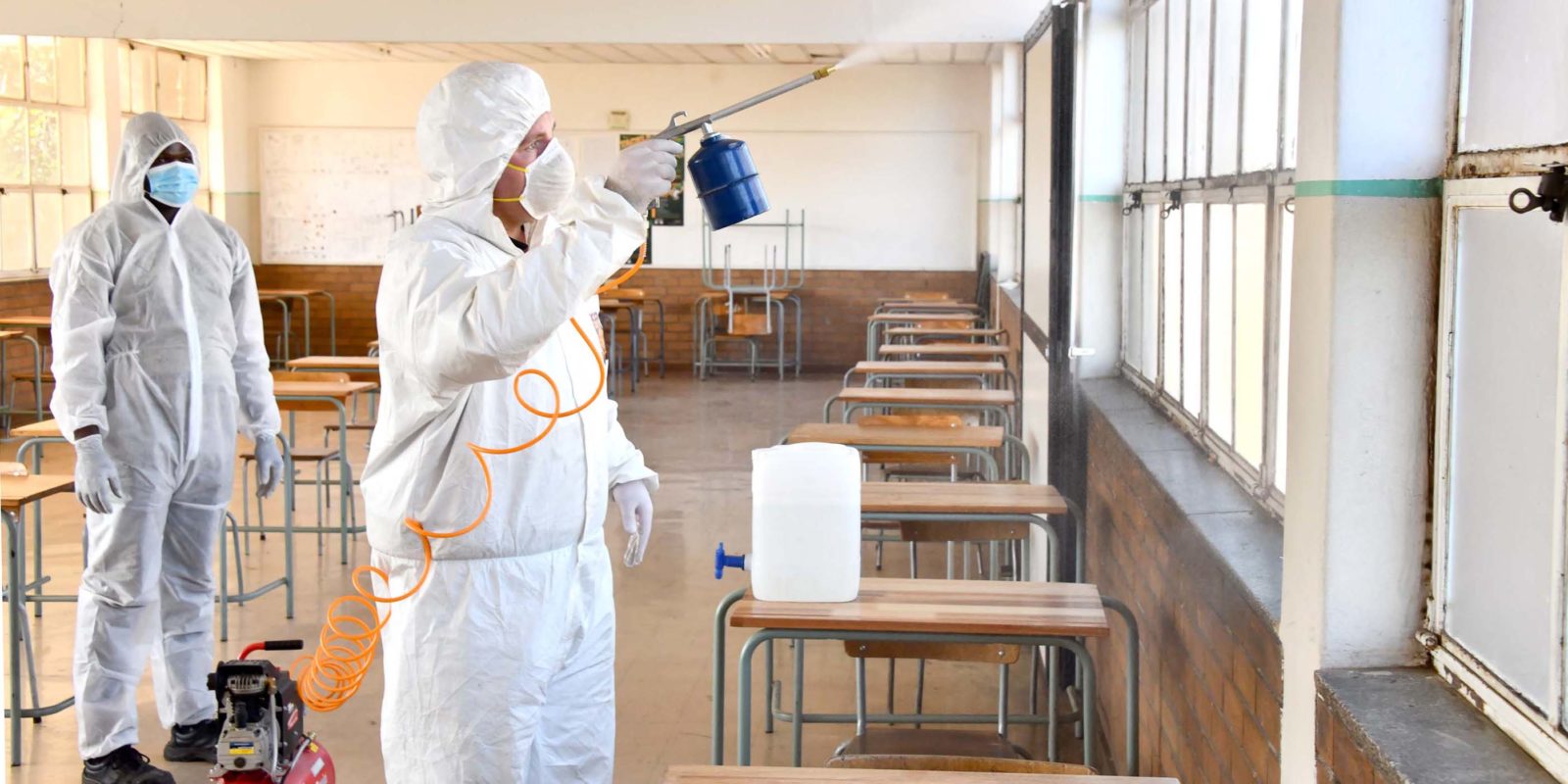 Hours before learners in Grades 8 and 12 were due to return to school on Monday 1 June, the Department of Basic Education announced the reopening has been postponed by a week. Western Cape, however, has urged learners to attend class.

The Department of Basic Education has postponed the reopening of schools by a week to implement safety and health measures to protect learners and staff from Covid-19.

Learners in Grades 7 and 12, the first batch of learners who were due to return to school on Monday after spending 10 weeks at home during the lockdown, are now expected to return to class a week later, on 8 June, the department announced in a statement on Sunday evening.

Teachers, management and non-teaching staff are still required to return to work on Monday to prepare for the return of learners next week.

“Provincial and district officials should ensure that health, safety, and social distancing requirements are strictly adhered to when teachers arrive,” said the department.

“This whole coming week must be used for the proper orientation and training of teachers, the mopping and ramping of all supply chain matters, and final touches to the readiness of each facility for the arrival of learners.”

Basic Education Minister Angie Motshekga spent the weekend in meetings with leaders of provincial education departments, teachers’ unions and school governing body associations, which had cautioned her to postpone the reopening.

Motshekga postponed a 6pm media briefing on Sunday before her department issued a statement an hour later. The minister is due to hold a press briefing on Monday morning.

Western Cape Education MEC Debbie Schäfer said the province “can no longer allow our schools to hover in a state of uncertainty” and classes would resume for Grade 7 and Grade 12 learners as planned.

She said the province had spent R280-million on personal protective equipment (PPE) and schools were “overwhelmingly ready” to reopen.

“Given these preparations, and the enormous effort put in by teachers and non-teaching staff alike, it would be unfair to delay all schools from reopening,” said Schäfer.

The Western Cape Department of Education head, Brian Schreuder, tweeted: “Western Cape Gr 7 and Gr 12 learners will return to schools on Monday 1 June, as announced and gazetted by Min Motshekga.”

“In most cases, closure of the facility or school will be unnecessary,” it said on what will happen if a student tests positive.

The national department said boarding schools with learners who had arrived in anticipation of Monday’s opening should continue with orientation. It said an agreement had been reached with associations of independent schools, but did not provide any detail.

The Council of Education Ministers (CEM), which includes Motshekga and provincial education MECs, met on Saturday and considered reports from the Heads of Education Departments Committee, the National Education Collaboration Trust, which is responsible for monitoring the delivery of PPE to schools, and Rand Water, which is overseeing the provision of water to 3,500 schools.

“All three reports converged on the fact that a substantial number of schools would not be ready for the reopening tomorrow, albeit tremendous progress had been made by most provinces, which overall reflected 80% state of readiness,” said the Department of Basic Education.

“CEM was concerned that, in some provinces personal protective equipment for learners in particular, had not been received; and some schools had not been made ready for the arrival of teachers and learners.”

The regulations governing the reopening of schools require learners and staff to undergo screening each day before entering the premises. Schools must be sanitised before reopening, and learners and staff must have face masks and facilities to sanitise and wash their hands.

In a joint statement issued on Friday, five education trade unions and three national school governing body associations said provincial departments had failed to deliver sufficient PPE for school staff. PPE for learners had not arrived and schools had not been sanitised.

They said allowing schools that are prepared to reopen would be unfair to learners in disadvantaged areas. They also claimed the department had failed to provide guidance on how to handle learners and staff who have pre-existing conditions and are vulnerable to Covid-19.

“We therefore call on all schools, even those that might be ready to reopen, having received all the necessary materials for teachers and learners, not to reopen until the non-negotiables have been delivered to all schools and to inform their learners accordingly,” they said.

The SA Human Rights Commission urged Motshekga to delay the reopening, warning that many schools lacked adequate water and sanitation and PPE.

According to the Sunday Times, a survey of 6,600 principals conducted by teachers’ unions found schools in eight of nine provinces had insufficient face masks. Only 45% of respondents said there was soap and water in the bathrooms while 39% said classrooms had been disinfected.

In a statement, EFF spokesperson Vuyani Pambo condemned the “senseless” attempt to reopen schools on Monday and said the department is unlikely to be ready within a week. He urged parents and teachers to “resist the homicidal programme of opening schools on the 8th of June 2020”.

The DA’s Belinda Bozzoli and Nomsa Marchesi said schools in Western Cape, Gauteng and KwaZulu-Natal appeared to be “fully prepared to go ahead”.

“Schools that are ready should open as planned. The remainder should continue to work as hard as possible, with union, SGB and community support, to open within the next few days,” said the DA members.

While Grade 7 and Grade 12 learners were due to return to school on Monday, regulations gazetted last week said learners from other grades would return between 6 July and 3 August. DM