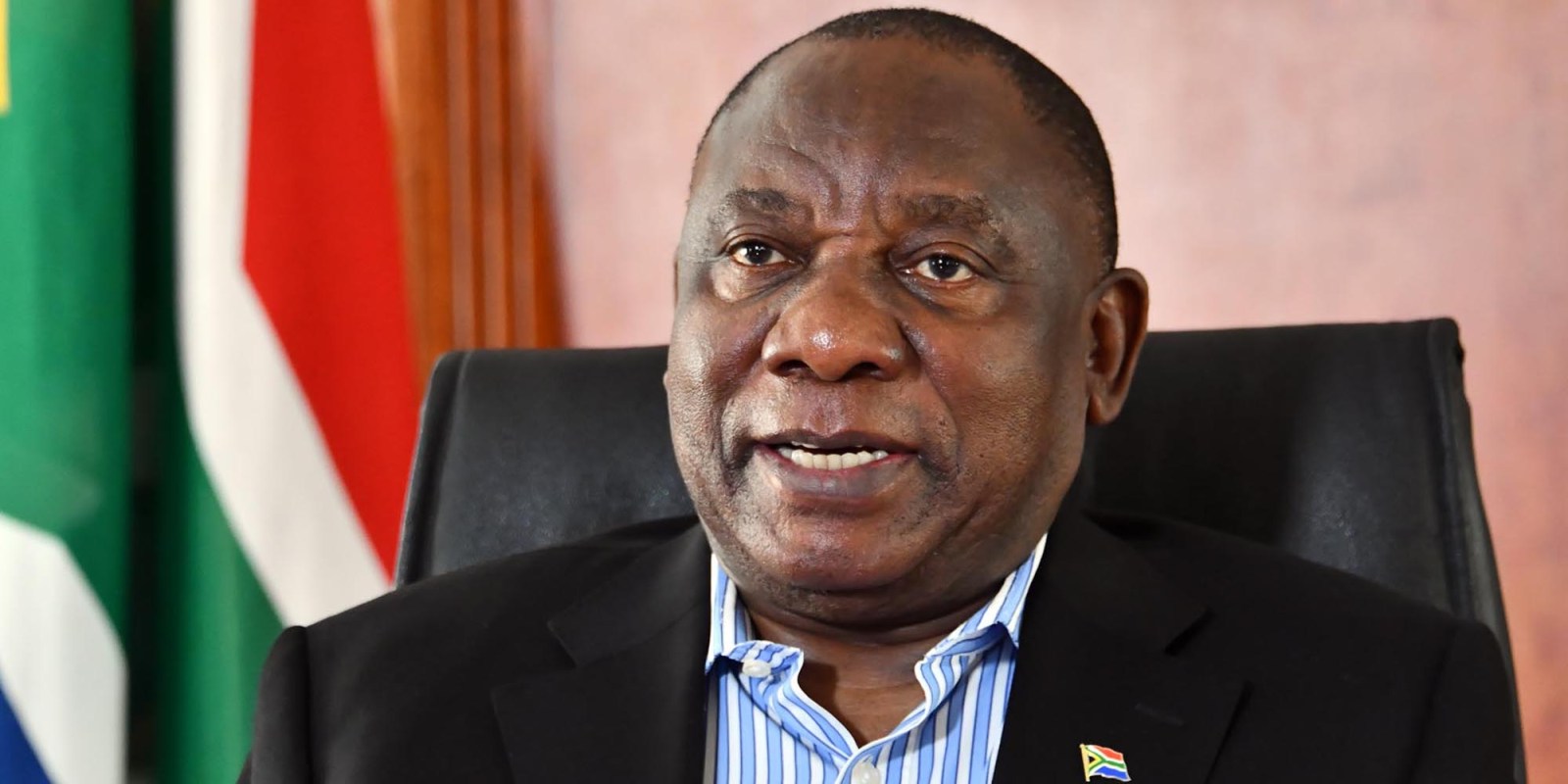 Covid-19 will be with us for two years, President Cyril Ramaphosa said on Sunday as he decried the legacy of a ‘colonial and racist’ economy that has left 10-million people unemployed.

In the space of a few weeks, 6.5 million South Africans have applied for the Covid-19 special grant and by Sunday, the SA Social Security Agency (Sassa) had managed to pay out 117,000 grants at R350 apiece.

About 1.6-million applicants were found to be double-dippers – people accessing other forms of social security and therefore ineligible for this grant.

This special relief, as well as top-ups to existing grants, is only going to stay in place for six months, said President Cyril Ramaphosa in a virtual briefing to the South African National Editors’ Forum (Sanef).

He said the “stops, starts and breakdowns” that had bedevilled the pay-outs of the new grant had been ironed out.

The UIF had paid R15.8-billion to three million employees at 200,000 companies, said Ramaphosa, adding that “the agency has never [been] stretched to this level”.

The numbers are an early indicator of the depth of desperation the virus has caused and the fractures in the state that has frustrated relief efforts in the almost three months since Covid-19 made landfall here.

“The state I inherited is a weakened state,” Ramaphosa said, adding that government knew that once the six-month relief period was over, “there is a need for us to start looking at assistance over a longer period”.

What is Ramaphosa’s new economy?

For the first time, Ramaphosa outlined his plans for a “new economy” which he has referenced in the past month, but has not yet put skin on the bones of. In language unusual for him, Ramaphosa told the group of editors that transformation was imperative to deal with the “racist and colonial” legacies of the South African economy.

“We are resolved to forge a new economy in a new global reality,” said Ramaphosa, adding that a new social compact is necessary for inclusive growth. He set out early ideas for the components of such a compact: more localisation (or import substitution to “produce our own food”, “own healthcare supplies”), economic patriotism, a strengthened informal sector; an infrastructure and maintenance programme and more and bigger public works programmes.

Ramaphosa also name-checked but did not expand on a “care economy” and a “green economy “as ways to bolster the country ravaged by Covid-19 and in which most economists predict widespread job losses and a GDP growth rate that could decline by seven percentage points.

Ramaphosa said that raising a stimulus package of 11% of GDP (about R500-billion plus other tax and monetary policy measures) had been tough but that bigger, better measures were necessary. Small and medium-sized businesses needed a bigger fund than that allocated to relief.

The president said that the economic phase had to move now from relief to recovery. “[We must] transform and restructure. We are operating under an economy both colonial and racist. We need a reset of the economy for inclusive growth. [We need] an economy that responds to poverty. We can’t countenance 10 million people out of work,” said Ramaphosa.

It’s clear his usual compass (of a market-based economy, that is export-oriented and which will put structural reform of constraints to growth at its heart) has changed with the economic exposés Covid-19 has trailed in its wake.

Covid-19 is with us for two years

For the first time, Ramaphosa revealed that consultations showed Covid-19 will be part of South Africa’s reality for two years, even though the epidemic here is expected to peak by September. It will take months more to work itself out of the system or for a vaccine to be successful and to be distributed globally.

“We have got to live with the virus. We have used the bazooka and the nuclear weapon [the hard lockdown] – we now need to use the toolbox,” said Ramaphosa.

The toolbox is a set of standard responses to Covid-19 prevention like wearing masks, intensive sanitisation, workplace prevention, social (or physical) distancing, screening (13 million screenings are estimated to have already been done) and hotspot management.

“In the coming weeks, we should expect an exponential rise in infections,” said Ramaphosa, adding that: “We are entering the most challenging [period of the epidemic of) “massive and uncontrollable spread.”

On the other hand, Ramaphosa revealed that the case fatality rate in South Africa is 2.1%, compared with a global average of 6.4% – 643 people have died of Covid-19 in South Africa. The challenge now is to track and trace more widely. South Africa is tracing two people per identified case but wants to target the South Korean moonshot of tracing 20 contacts per case.

At Stages 6, 7 and 8 of the eight-stage pandemic (as identified by the World Health Organisation), South Africa is now planning for hospitalisation. Field hospitals now have capacity for 13,000 beds but ICU beds, necessary for about 5% of cases, are not yet at full supply.

Ramaphosa confirmed a “severe shortage of test kits and supplies” that has delayed testing, but he said that businessman Strive Masiyiwa had engaged with China’s Xi Jinping to secure 30 million test kits, 10,000 ventilators and 80 million masks for the continent. These supplies will be procured from a central database.

It is also likely that the government will seek to bring forward the implementation of a national health initiative (NHI) using the cooperation developed across the public and private health systems as well as systems developed at the speed of light to help manage the fast-moving viral spread.

Scientists wanted a move to Level 1

While South Africa moves to Level 3 lockdown on June 1, the ministerial advisory committee (MAC) comprising more than 50 of the country’s best scientific brains had said the government could move straight to Level 1 (as near to “normal” as dammit) but he had resisted this, said Ramaphosa.

The WHO recommends a slower reduction and government had chosen a strategy that is at the midpoint between the UN agency and the local MAC’s recommendation.

Asked about the on-again, off-again tobacco ban, the president said he had erred in making an announcement of a lifting on the sale of cigarettes early in May, but then leaving it to Co-operative Governance Minister Nkosazana Dlamini-Zuma to renounce that decision.

“The president having announced it, the president should have been the one to renounce the decision,” said Ramaphosa, adding that it “was a collective decision”. DM