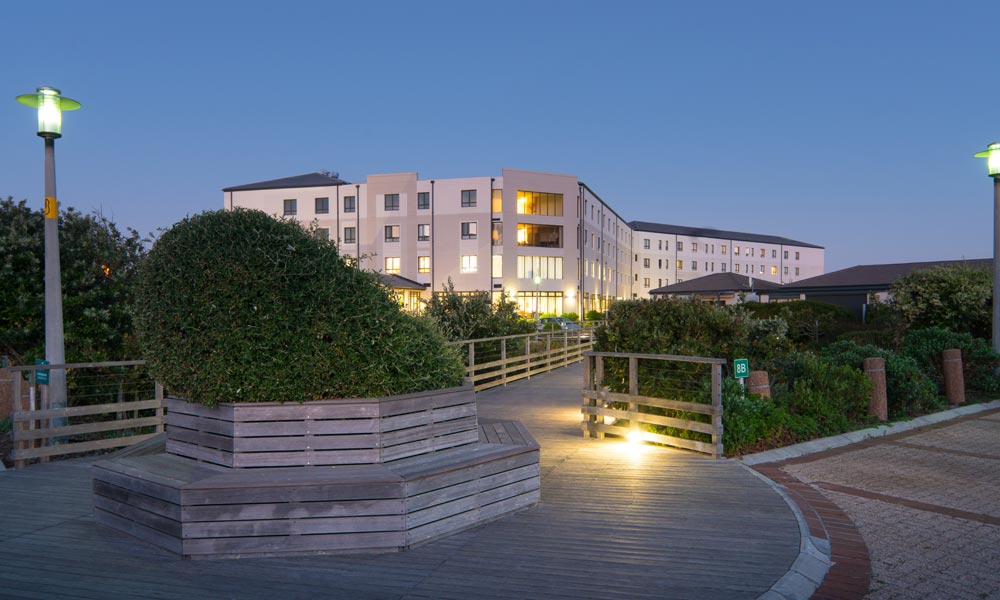 The co-owner of the Evergreen Care Centre for the elderly in Muizenberg has apologised for the manner in which management handled seven care workers who tested positive for Covid-19.

James Wilson, director of the Evergreen Care Centre in Muizenberg, faced criticism after the matron at the centre, Lee Hampton, reportedly told the workers they should go home and isolate themselves.

Six of the care workers were informed on Thursday, 28 May, about their Covid-19 positive status, and the seventh when she returned to work on Saturday.

One of the workers told Maverick Citizen that caregivers were told “some of them are from Khayelitsha and had brought the virus to the centre”.

Another panicked worker, who refused to leave, locked herself in one of the rooms at the centre but was later forcibly removed. Volunteer social worker Lorriane Moko became aware of the situation and contacted ANC MP Hishaam Mohamed, who visited the centre and attempted to talk to management to defuse the situation.

According to Mohamed, caregivers were worried that they would not be able to self-isolate because they lived in informal structures in nearby Vrygrond and Khayelitsha.

He pointed out that these structures they lived in were not conducive to self-isolation. There would also be the concomitant risk of infecting family members at home, he said.

“The workers called for help and asked to be quarantined at a place other than their homes. But the Evergreen management would have none of it and started to forcefully remove the workers.

“The attitude of management was not only disgusting but also unlawful. By forcing their loyal employees to go home, knowing it was not safe or possible for isolation, they effectively contravened the Covid-19 regulations as it had the risk of infecting not only the family members of the care workers but also an entire community,” Mohamed said.

Wilson has since been in contact with all the care workers. Four have been referred to the isolation ward and the remaining three will also be taken there, he said.

Following a stalemate, Mohamed contacted the Department of Health. He arranged that the affected workers be taken to provincial isolation centres. Mohamed lauded the head of the provincial health department, Dr Keith Cloete, for his prompt response.

However, Mohamed is still concerned about some care workers who were in contact with their families. Further contact tracing and testing may be required.

Moko said she had been inundated with calls from the care workers late Friday night, and had told them that she would be at the centre on Saturday, 30 May, to listen to their complaints.

“On Saturday morning at 8am I was at the centre. Unfortunately, the centre’s management wasn’t very cooperative. I told them that the workers contracted the virus at their workplace and needed to be isolated by their employer. On Sunday, 31 May, I had a meeting with James Wilson where he apologised on behalf of the centre management,” she said.

Wilson, responding to an enquiry from Maverick Citizen said: “Things went wrong with management because of emotions. We write down policies but we forget there is a level of fear that arises and all rational debate disappears. The seven care workers panicked and became hysterical because of their fear,” he said.

The centre apologised and accepted it had erred.

“I’m really sorry and disappointed. We regret what happened. Management didn’t take time to explain to the care workers that they need to be placed in quarantine for 14 days. These care workers put their lives at risk-taking care of the elderly at our centre,” Wilson said.

Wilson has since been in contact with all the care workers. Four have been referred to the isolation ward and the remaining three will also be taken there, he said.

Wilson said there is absolute ignorance about the virus in vulnerable communities, where people still believed that a positive test for Covid-19 will lead to their death.

“It’s not a death sentence and much needs to be done in poor communities to educate people and dispel this notion,” Wilson said. DM/MC