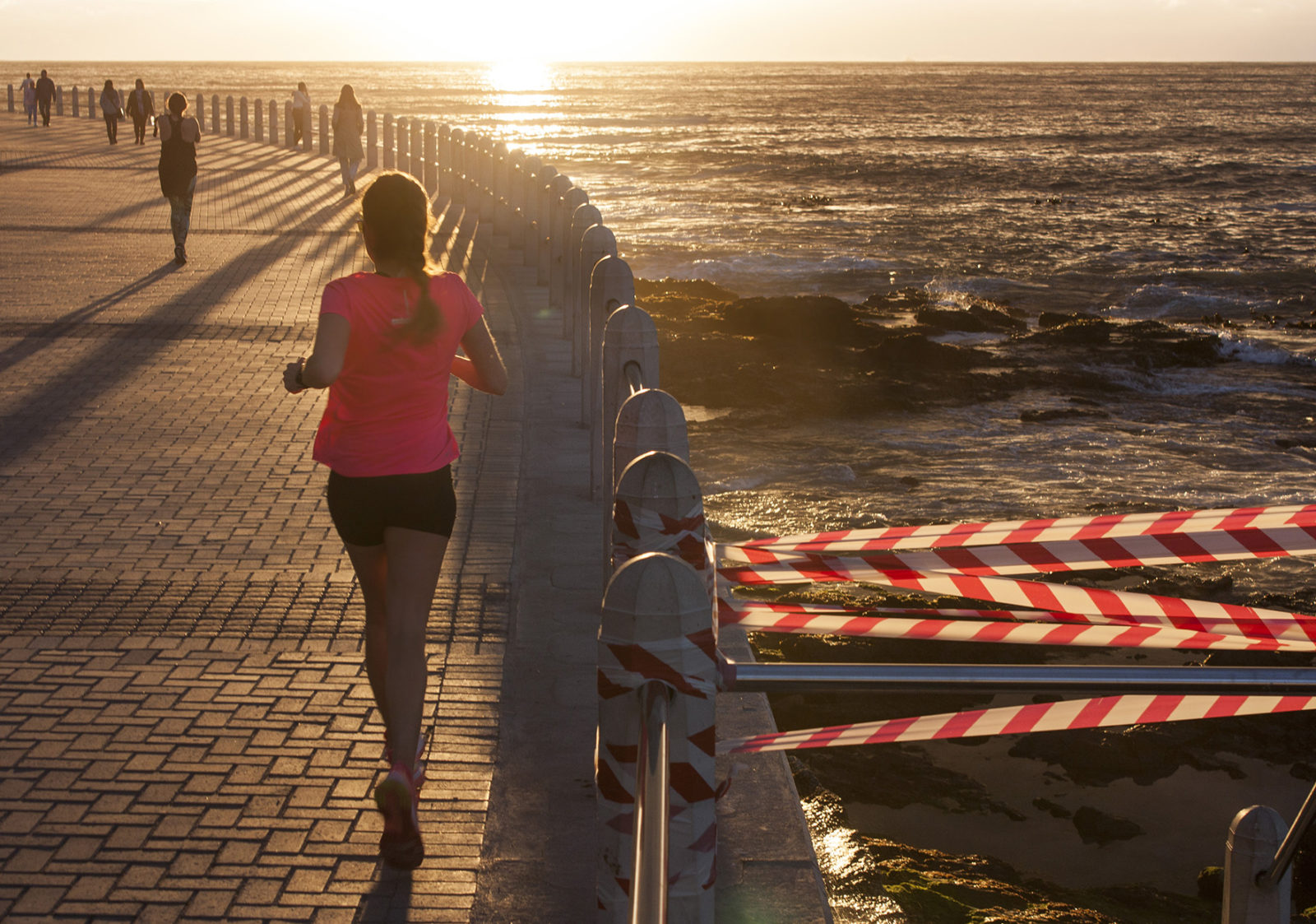 A stairway off the popular Sea Point promenade to the beach Photo: Steve Kretzmann

There has been a certain amount of confusion about what is and isn’t allowed under lockdown Level 3 that takes effect today. Spotlight tries to clarify things.

On Sunday 24 May President Cyril Ramaphosa announced that from 1 June, South Africa would move to Level three of its national lockdown. Then, four days later, on Thursday, Minister of Cooperative Governance and Traditional Affairs, Dr Nkosazana Dlamini Zuma and Minister of Trade, Industry and Competition, Ebrahim Patel, announced the specific regulations that will govern Level 3.

Below we answer 14 common questions about how things will be different under Level 3 compared to Level 4.

According to Patel, alcohol can be sold at any premise that has a licence to sell liquor, on the condition that it is sold in “sealed containers” and is not consumed on the premises. The regulations confirmed this.

The sale of tobacco products, including cigarettes, is still not allowed.

Yes, but not as much. The three-hour time limit on exercise has been lifted. The regulations now allow for exercise between 06:00 and 18:00, as long as it does not take place in groups and proper social distancing is maintained.

Patel said domestic workers may return to work, provided they adhere to safety protocols and precautions. He did not, however, elaborate on what these protocols are.

No. Most social gatherings are still not allowed.

The regulations only allow for groups of people to gather for professional, non-contact sports (to be elaborated on by the Minister of Sports, Arts and Culture), workplace meetings, funerals, agricultural auctions, and services at faith-based institutions.

There is still a limit of 50 people at such gatherings.

Yes. It was announced on Tuesday by the president that places of worship will be opened under Level 3, as long as they meet certain safety requirements. According to the regulations, these include limiting services to a maximum of 50 people, who must all wear face masks and maintain adequate social distance. Places of worship must also be properly cleaned and sanitised after every service.

The regulations state that a person may not be evicted from their place of land or home under Level 3, but leaves some discretion to the courts.

As with Level 4, the regulations provide for a court to grant an eviction under the Extension of Security of Tenure Act and the Prevention of Illegal Eviction and Unlawful Occupation of Land Act. The court may only grant such an eviction order if it “can be stayed and suspended until the last day of the Alert Level 3 period, unless a court decided that it is not just and equitable to stay and suspend the order until the last day of Alert level 3”.

No. According to Dlamini Zuma, the curfew will be lifted under Level 3.

Yes, according to Patel you will. He said workers would need a letter from their employers like the one featured in the regulations.

Travelling between provinces, districts and metropolitan areas is still restricted, with a few exceptions.

Students and learners who have to travel between these areas to school or university may do so, provided they have the correct certificate.

The certificate must be issued by the head of their school or university, confirming their attendance and containing the student’s details (this certificate is provided in the regulations). Anyone who transports a student or learner between the different areas must also have a permit issued by the head of the school or university, which allows them to transport learners or students.

Those caring for immediate family members will also be allowed to move to a different area, if they have an affidavit like the one provided in the regulations.

Yes. The regulations require anyone in a public space or using public transport to wear a face mask.

That depends on the reason for your flight. According to the regulations, domestic flights for leisure are not allowed under Level 3.

However, it was previously announced by the president that domestic flights for the purpose of conducting business will be phased in at a later date. Yet, neither the press briefing on Thursday nor the regulations provided specifics on when and under what conditions these flights may start.

The regulations provide for the minister of home affairs to allow people who meet certain criteria to enter or leave the country.

The criteria provided by the regulations include seeking emergency medical treatment for a life-threatening condition, the repatriation of foreign nationals to their country of residence, and for the return of a South African national or permanent resident to his or her place of employment, study or residence.

The Department of Home Affairs published a statement earlier this week outlining who would be eligible to leave the country and who they should contact.

No. While Level 3 has allowed for the reopening of many industries, there are a few that may not open yet. According to Patel, this is because these industries pose a high risk for Covid-19 transmission.

The regulations state that the industries that must remain closed under Level 3 include personal care industries, such as “hair dressing, beauty treatment, make-up and nail salons, piercing and tattoo studios”.

Other industries that may not reopen yet are also listed in the regulations.