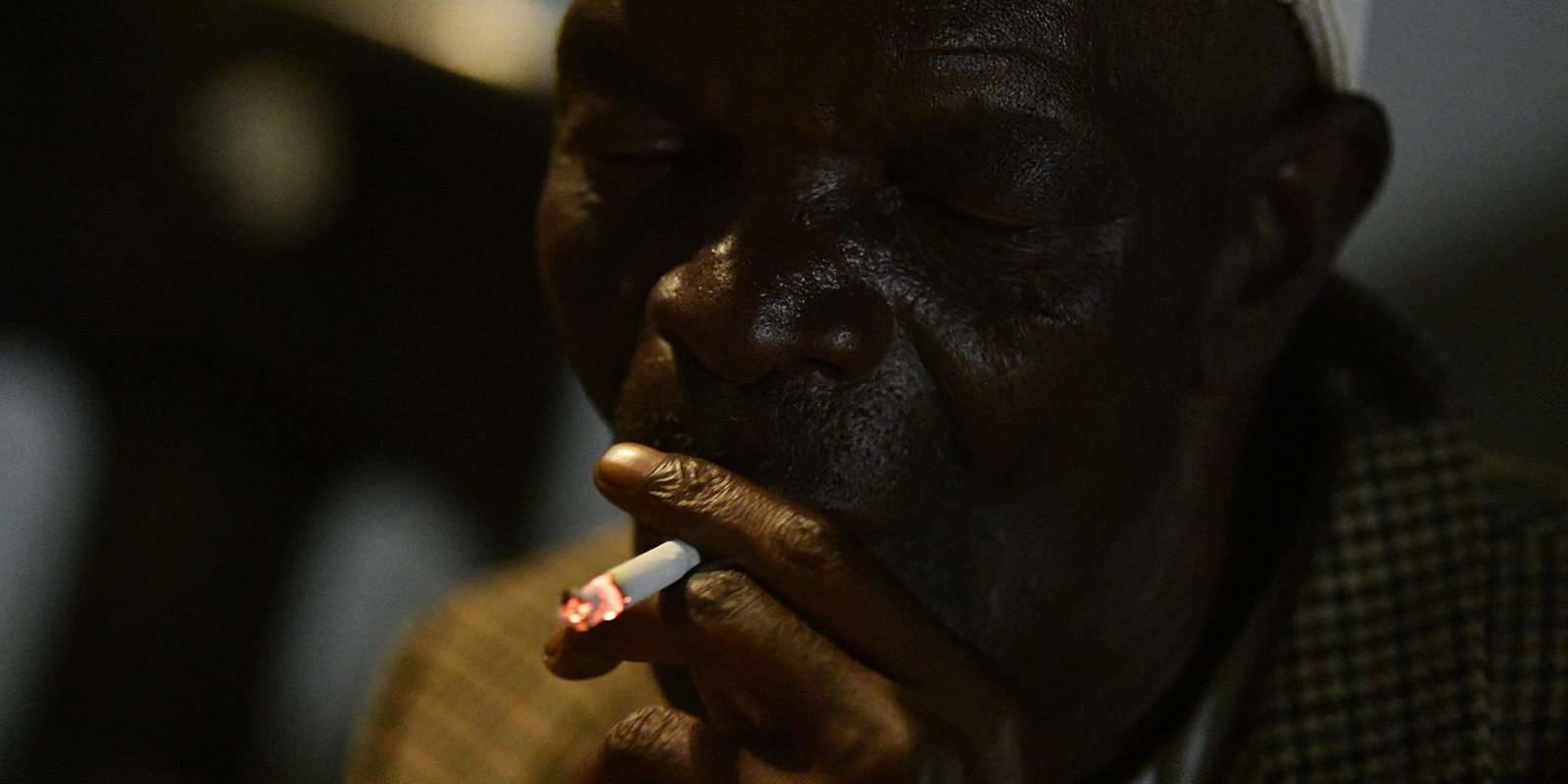 Nkosazana Dlamini Zuma has finally explained in detail why the sale of tobacco products was banned during the lockdown. It will be difficult to justify her claims in court while the research is still limited.

Explaining the decision to ban the sale of tobacco products during Level 4 of the Covid-19 lockdown, Cooperative Governance and Traditional Affairs Minister Nkosazana Dlamini Zuma said it’s about reducing the spread of infections, limiting the severity of the illness and freeing up vital health resources.

As public debate continues, the key questions are: are Dlamini Zuma’s claims on the impact Covid-19 has on smokers supported by evidence and does prohibiting the sale of tobacco products help?

Dlamini Zuma, who signs the regulations as cooperative governance and traditional affairs minister, was required to provide the reason for the ban under Level 4 of the lockdown after the Fair-Trade Independent Tobacco Association approached the North Gauteng High Court to review and set aside the decision. Afriforum has also threatened to go to court if the ban isn’t lifted by 1 June 2020, when Level 3 of the lockdown begins.

“The overarching rationale for the decision to temporarily ban the sale of tobacco products during Level 4 of the lockdown was to protect human life and health, and to reduce the potential strain on the healthcare system,” Dlamini Zuma told the court.

The minister’s description of how people roll cigarettes and lick rolling paper went viral online and she uses the same explanation to explain the behavioural risks associated with smoking. She claims that people, particularly in poor communities, share cigarettes and tobacco products, which will increase cross-infection.

She doesn’t cite evidence to support the claim or explain why hygiene and physical distancing guidelines aren’t sufficient to prevent this risk.

The minister provides more evidence for her argument that “the available research showed that the severity of Covid-19 outcomes is greater in smokers than non-smokers. Smokers have higher ICU admissions, higher need for ventilation and a higher mortality rate than non-smokers.”

She refers to multiple studies that suggest Covid-19 will have a harsher impact on smokers, but an analysis of her citations by Business Insider claimed: “In reality, she effectively cites one study of some value three different ways. And that study did not deal with smoking, but only happened to include statistics others could use to reach a conclusion.”

Researchers across the world are scrambling to understand how Covid-19 affects different groups and there are many questions that haven’t been answered. The World Health Organisation (WHO) provided a brief update on 26 May 2020 that reviews available studies on the clinical outcomes for smokers, providing far more detail than Dlamini Zuma’s explanation.

Some early studies appear to suggest smokers are more likely to be hospitalised, but drawing conclusions is difficult while those studies are largely broad.

Evidence is limited, but some studies cited by the WHO suggest there is likely a link between smoking and the increased severity of the disease, including admission to intensive care units, ventilator use and death.

“At the time of this review, the available evidence suggests that smoking is associated with increased severity of disease and death in hospitalised Covid-19 patients. Although likely related to severity, no evidence to quantify the risk to smokers of hospitalisation with Covid-19 or of infection by SARS-CoV-2 was found in the peer-reviewed literature,” said the WHO’s review of the available literature.

“Population-based studies are needed to address these questions,” it said.

Whether smokers are hit harder by Covid-19 or not, crucially, the government must tell the court how the ban addresses the problem.

“Given the short- and long-term benefits of quitting smoking, it was decided that a temporary ban on the sale of tobacco products would be likely to reduce the risks associated with Covid-19 transmission and severity set out above,” she added.

The benefits of quitting smoking are well documented, but while research continues, there is currently no information to directly show that a temporary ban during the State of National Disaster could help mitigate the effects of Covid-19 on a patient.

Regarding freeing up health resources, Dlamini Zuma quotes liberally from information released by the Human Sciences Research Council (HSRC) that said the ban is “a crucial element of trying to reduce the impact of the virus on patients and the healthcare system”.

“If a conservative estimate of 1% of the 8 million smokers were to contract Covid-19, 80,000 smokers will be infected countrywide,” said the minister.

“If an estimated 10% were to need ICU, this would translate to about 8,000 people needing ICU hospital beds and ventilators in the country, which would greatly exceed the current availability of approximately 4,000 ventilators,” Dlamini Zuma said.

The HSRC report, which Dlamini Zuma based her comments on, reads: “If an estimated 5% were to need ICU, this would translate to about 4,000 people needing ICU hospital beds and ventilators in the whole country.”

The report also calculated how many ventilators are needed if 10% of smokers who have contracted Covid-19 need to go into ICU. Asked why those percentages were used, the HSRC’s Professor Priscilla Reddy said they were an attempt to show the increased burden smokers might place on the healthcare system during the pandemic.

Dlamini Zuma also cites the HSRC to show the ban was effective in reducing smoking under Level 5. In two HSRC online surveys conducted among almost 70,000 people between 27 March and 24 April 2020, during Level 5 of the lockdown, 88% of respondents said they could not buy cigarettes.

Dlamini Zuma addressed the issue in her legal papers, saying the illicit trade of tobacco products existed before the State of National Disaster and “the long-term solution to the illicit trade is less in controlling the supply of cigarettes, but in reducing the demand”.

“Because of higher prices and reduced access, it is expected that a sizable number of South Africans will stop smoking and remain quit after the lockdown. The poor and youth are particularly likely to quit,” she added.

The comments open the minister up to attacks that she’s trying to use the State of National Disaster regulations to achieve a long-term reduction in smoking. While reducing smoking would have significant health and economic benefits for society, such laws should pass through Parliament rather than short-term regulations.

The government has faced strong criticism for the ban, but a survey found there was significant support for the move. A survey conducted in April 2020 by the University of Johannesburg and the HSRC with 5,481 people found that only 18% of adults supported lifting the ban.

It found that white, suburban residents with higher incomes and post-matric qualifications were most likely to oppose the ban.

The Fair-Trade Independent Tobacco Association’s case is likely to be heard by 9 June 2020. On Wednesday, 27 May, Minister in the Presidency Jackson Mthembu said tobacco products are likely to be allowed to be sold under Level 2 of the lockdown.

The National Coronavirus Command Council has, however, changed its mind on the issue before. DM

Zondo commission: It’s worth repeating, over and over again – don’t throw the baby out with the bathwater