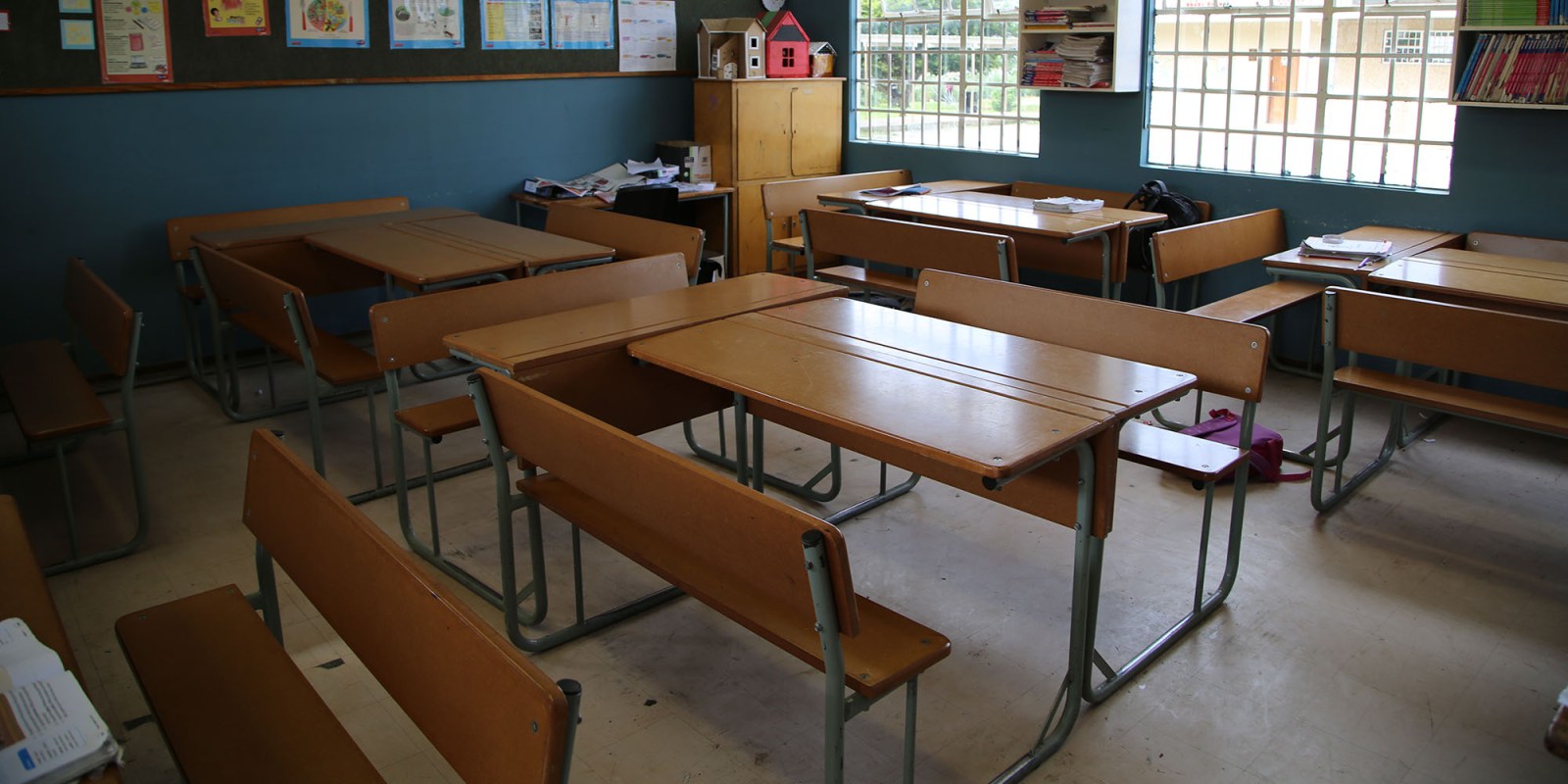 More than 80,000 parents nationwide have come out in support of the call by Parents Against Opening of Schools not to allow classes resume on Monday 1 June. (Photo: Leila Dougan)

Sentiments shared by concerned parents included that ‘the education department is sending our children into a deadly storm; our children are better at home than at schools where they are exposed to the coronavirus and schools should resume when the peak is over’.

Parents Against Opening of Schools have opted to abandon an application to challenge Basic Education Minister Angie Motshekga’s decision to allow Grade 12 and Grade 7 learners to return to classrooms on Monday 1 June.

Venessa le Roux, founder of the organisation, said the decision to delay litigation was because Motshekga had not yet gazetted the decision. In these circumstances, an application would have been premature, said Le Roux.

“Once the minister gazettes her decision we have more clarity and ground to challenge that decision. This is a slight delay and this doesn’t change our mandate that learners must not return to school. We have hoped, by now, the minister would’ve made her decision official. Once this happens we will continue to challenge that decision,” said Le Roux

On Tuesday 19 May, Motshekga said since the National Coronavirus Command Council had confirmed that schools could open on 1 June, a revised school calendar would soon be gazetted.

More than 80,000 parents nationwide have come out in support of the organisation’s call not to allow classes resume on Monday 1 June.

Sentiments shared by concerned parents included that “the education department is sending our children into a deadly storm; our children are better at home than at schools where they are exposed to the coronavirus and schools should resume when the peak is over”.

Meanwhile, the Educators Union of SA (Eusa) general secretary, Siphiwe Mpungose, said teachers’ unions would proceed with an application against the Department of Basic Education (DBE) to stop the opening of schools.

On Wednesday 27 May, Mpungose told Maverick Citizen the union would be filing papers with the North Gauteng High Court on Thursday 28 May.

“Our main argument is that the government has dismally failed to deliver in terms of our requirements. Personal protective equipment [PPE] was not yet delivered to several schools in KZN.

“Experts globally have also said the virus was more deadly during winter, and with South Africa entering this cold season it is advisable to reopen schools in September,” Mpungose added.

The South African Democratic Teachers Union (Sadtu) in the Western Cape also remained deeply concerned about learners returning to school on 1 June and expressed concern about the risks posed to teachers, administrative staff and learners.

The union’s Western Cape chairperson, Jonovan Rustin, said: “We are of the view that the Western Cape Education Department (WCED) has run shortcuts in terms of preparing the schools. We are not convinced that the schools are compliant and not sure if all the PPEs are ready for learners to return on Monday.”

On Tuesday May 26, Sadtu received reports that more than 12 teachers had tested positive. The teachers’ unions further contended that school principals and the districts were not following the protocols and called on the WCED to investigate all the cases that had been highlighted.

Rustin said it was important that the department made 100% certain that schools were safe for learners and teachers.

“We have received a number of reports of cases tested positive for Covid-19,” Rustin added

On Tuesday May 26, Sadtu received reports that more than 12 teachers had tested positive. The teachers’ unions further contended that school principals and the districts were not following the protocols and called on the WCED to investigate all the cases that had been highlighted.

Rustin emphasised the union was concerned as the rate of infection was rising in the province and the opening of schools would exacerbate the problem.

“We need to tread carefully. Officials in the department have to give guarantees to parents that they have done everything according to the book in terms of compliance to make sure that both our teachers, non-teaching staff, educators workers and our learners are going to be safe with the imminent return to school on Monday 1 June. As Sadtu Western Cape we are not convinced that schools are ready for learners to return,” Rustin added.

The #SA1STFORUM has added its voice to this contentious debate, arguing it was “foolhardy” to rush to open schools and potentially expose learners and teachers.

The grouping has suggested three campaigns, including a petition titled “Stop Opening Our Schools” to be sent to President Cyril Ramaphosa, a silent protest to be staged on Friday 29 May from 10am urging South Africans to stand inside their properties with a placard, and writing to Motshekga asking for the amendment of the provisions of the SA Schools Act or to suspend the application of regulations during this period.

Rod Solomons, convener of #SA1STFORUM, said: “We wish to collaborate with other civil entities, teachers’ unions and parents in these campaigns. We also wish for all other pressure groups that have been created to join in these campaigns.”

According to WCED spokesperson Bronagh Hammond, the department had, over the course of the past two weeks, delivered PPE to schools.

The department had also followed up on schools that reported a lack of PPE.

Commenting on the reports of teachers testing positive, Hammond said: “The WCED is currently in the process of verifying these cases. Our priority remains accuracy and the best interests of our teachers and learners at all times.

Once it was confirmed that a teacher is ill due to Covid-19, a school must apply for a substitute during the 14-day self-isolation period, Hammond explained. However, substitutes would only be considered “if affordable”. DM/MC