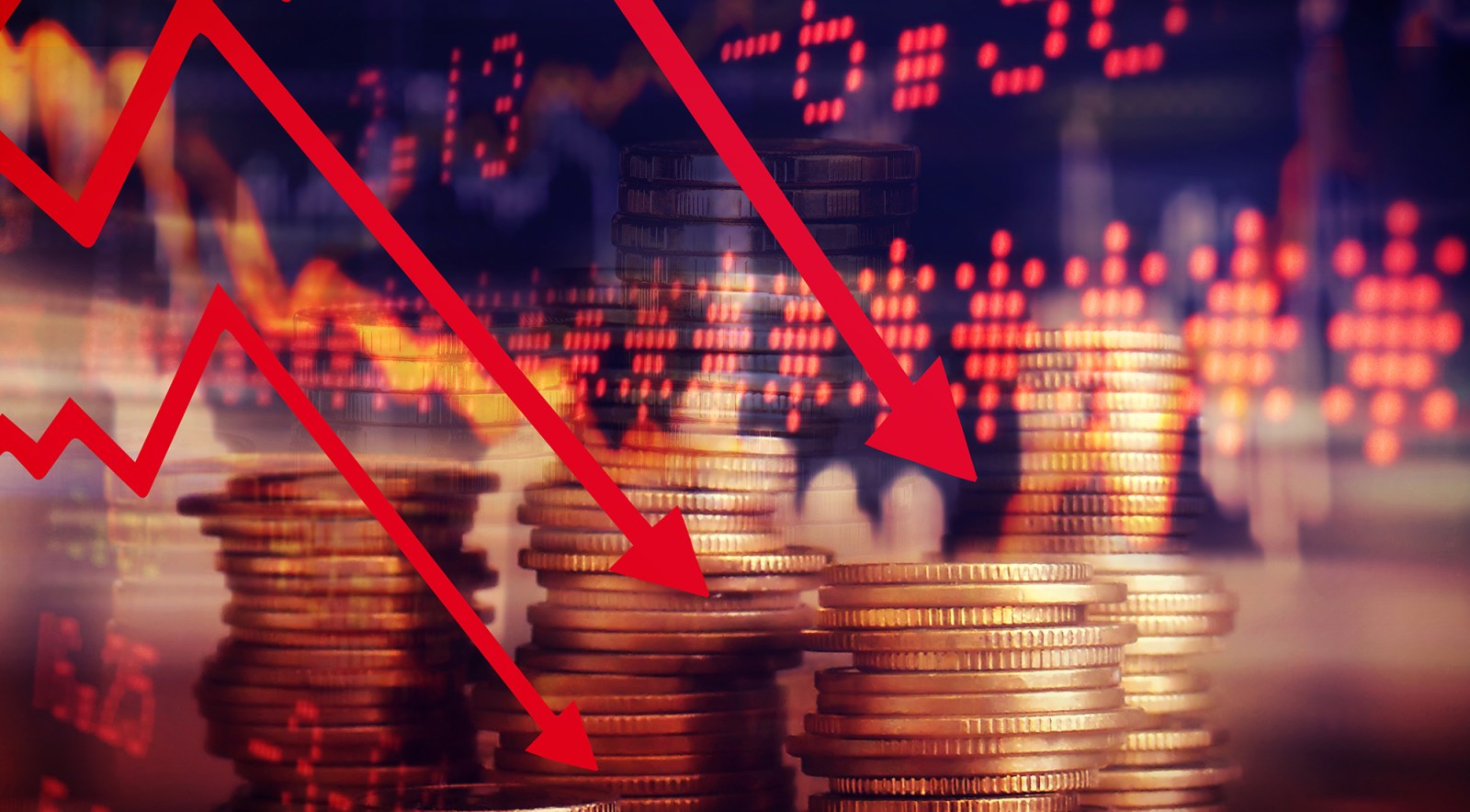 In a world where interest rates have been cut to zero in many countries, South Africa has the ability to attract significant amounts of local and foreign investment into government bonds and the much-neglected domestically focused companies — provided we surprise by making bold and tangible progress on reforms.

The morning after Finance Minister Tito Mboweni presented the 2020 Budget, I participated in a panel discussion during which Public Enterprises Minister Pravin Gordhan discussed the challenges South Africa was facing. In passing, he mentioned, “this coronavirus that could complicate things”.

Three months later, the February 2020 Budget has been invalidated by Covid-19 and the resulting lockdown. After many weeks of frozen shock, companies have begun to think about what happens next. As President Cyril Ramaphosa noted in mid-April, dealing with the health emergency was the first task. The second phase involved a stimulus package to support the economy. The third phase is about recovery.

As South Africa readies itself to exit a large proportion of the lockdown measures on 1 June, it is worth considering what steps can be taken to support the recovery. Unfortunately, South Africa was already in recession before Covid-19 became the dominant driver of events. Moreover, the country has limited fiscal space to stimulate its way out of a recession. This will probably result in a 10.5% GDP contraction in 2020.

In fact, if South Africa were a company, on the current trajectory it would soon be bankrupt. A decade of former president Jacob Zuma’s mismanagement has destroyed many state-owned companies, stunted overall GDP growth and resulted in a debt burden that has surged from 23% of GDP in 2008 to more than 60% – and is on track to reach 90% of GDP in the next five years.

The solution to the growth outlook is to improve confidence, which will ultimately boost private sector investment. (As an aside, reducing the nagging worry that South Africa is heading for a sovereign bankruptcy will do much to boost confidence as well.) A fellow economist recently reminded me that, in all but one of the last six multi-quarter growth contractions in South Africa, government spending led the country out of recession.

In 2009, former president Zuma utilised the healthy surpluses his predecessor Thabo Mbeki had accumulated to provide such a boost. (Regrettably, he diverted it all to public-sector wages instead of improved service delivery or infrastructure.) In 2018, Zuma left behind a mountain of debt. This time around, the government has little room to spend.

Therefore, they need to pull a different lever: Create the enabling environment to allow private-sector investment to catalyse the economy.  To generate confidence, this will require tangible progress in creating policy certainty – something South Africa has been rather weak at doing.

If the global measures to boost growth will result in a global infrastructure boom, commodities will be needed – and South Africa should be positioned to take advantage of that.

Here are four areas where focused attention to achieving outcomes can yield substantial benefits in a relatively short space of time.

Firstly, let’s make it easier for small- and medium-sized businesses to operate. In 2009, South Africa ranked 32nd in the world in the World Bank’s Ease of Doing Business index. By 2019 our ranking had plunged to 84th.  While much of the municipal and national legislation that caused this plunge was no doubt well-intentioned, the heavy regulatory burden has made it very difficult for most businesses to operate.

The Department of Trade and Industry’s core focus should be to understand and rectify the plunge. Within the next three to four months, the DTI should identify which regulations caused the decline, conduct a cost-benefit analysis to examine what would be lost if the regulations were deleted and, provided the costs are not great, remove a large number of these regulations – in general, or at least for all small and medium-sized businesses. Perhaps the DTI could update the public on its progress on a web portal.

Secondly, the Department of Minerals and Energy should use the current period to fast-track all legislation required to open up the grid for private sector provision of renewable energy. This would include municipal procurement (subject to National Treasury approval), direct corporate procurement and policy certainty for the Renewable Energy Independent Power Producer Programme (REIPPP).

Thirdly, the Department of Communications needs to publish a clear timeline to a spectrum auction. They should be measured against delivery to this timeline.

Fourthly, the Department of Minerals and Energy needs to work with the Chamber of Mines to understand how to make South Africa more attractive for mining investment. If the global measures to boost growth will result in a global infrastructure boom, commodities will be needed – and South Africa should be positioned to take advantage of that.

This affirmation of monetary conservatism resulted in a marked rally in both the South African rand and government bond yields. It showed how low expectations on South African policy have fallen.

All four of these measures have the advantage of being able to demonstrate tangible progress in under six months. This is the key. South Africa does not need another plan. It needs to deliver. Successful execution on these measures will boost very depressed confidence levels – and result in private sector fixed investment, particularly in energy and telecommunications. In due course, this has the potential to boost the growth rate towards 2%-2.5%, from current sub-1% levels.

Last week I realised how bearish foreign and local investors have become on South Africa’s prospects. In its accompanying statement, the Monetary Policy Committee (MPC) of the South African Reserve Bank (SARB) made it very clear it will not indulge in quantitative easing to stabilise the government bond yield curve.

This affirmation of monetary conservatism resulted in a marked rally in both the South African rand and government bond yields. It showed how low expectations on South African policy have fallen. The short-term benefit will be in government borrowing costs. Until December 2015, South Africa’s bonds had historically yielded roughly 150 basis points more than the emerging market average – this largely reflected a relatively higher inflation rate.

In 2009, interest costs comprised just under seven percentage points of total expenditure. By early 2020, this proportion had risen to 12 percentage points. That means that, currently, one in eight rands the government currently spends is used to service interest on debt. This will only rise: on the current trajectory, it will be 20 percentage points within the next five years.

If we translate this into rands, we estimate that, since December 2015, the extra cost of South African debt has cost the country R41-billion. In the current financial year, ending on 31 March 2021, we estimate that extra cost will amount to R45-billion. That’s an extra R85-billion spent on interest costs since early 2016.

There is no expectation of any substantial progress on reforms at this point. The growth outlook is expected to be dreary. Therefore, we estimate that South Africa’s 10-year borrowing costs could fall by around 150 basis points in the shorter term if the market gains confidence in the government’s ability to execute on reforms in a short space of time.  This would equate to an R10-billion saving in interest costs in the first year – and that would quickly accumulate.

In 2009, interest costs comprised just under seven percentage points of total expenditure. By early 2020, this proportion had risen to 12 percentage points. That means that, currently, one in eight rands the government currently spends is used to service interest on debt. This will only rise: on the current trajectory, it will be 20 percentage points within the next five years.

That is not sustainable. A full-fledged IMF programme is in South Africa’s future on that trajectory. A much better alternative is executing on a bold subset of key government reforms. This will improve the growth outlook, thus boosting tax revenues and lower borrowing costs.

In a world where interest rates have been cut to zero in many countries, South Africa has the ability to attract significant amounts of local and foreign investment into government bonds and the much-neglected domestically focused companies, provided we surprise by making bold and tangible progress on reforms.

As a very smart person I know recently pointed out: “If we do the right things, we will attract plenty of money.” DM/BM

Nazmeera Moola is head of SA Investments for Ninety One.