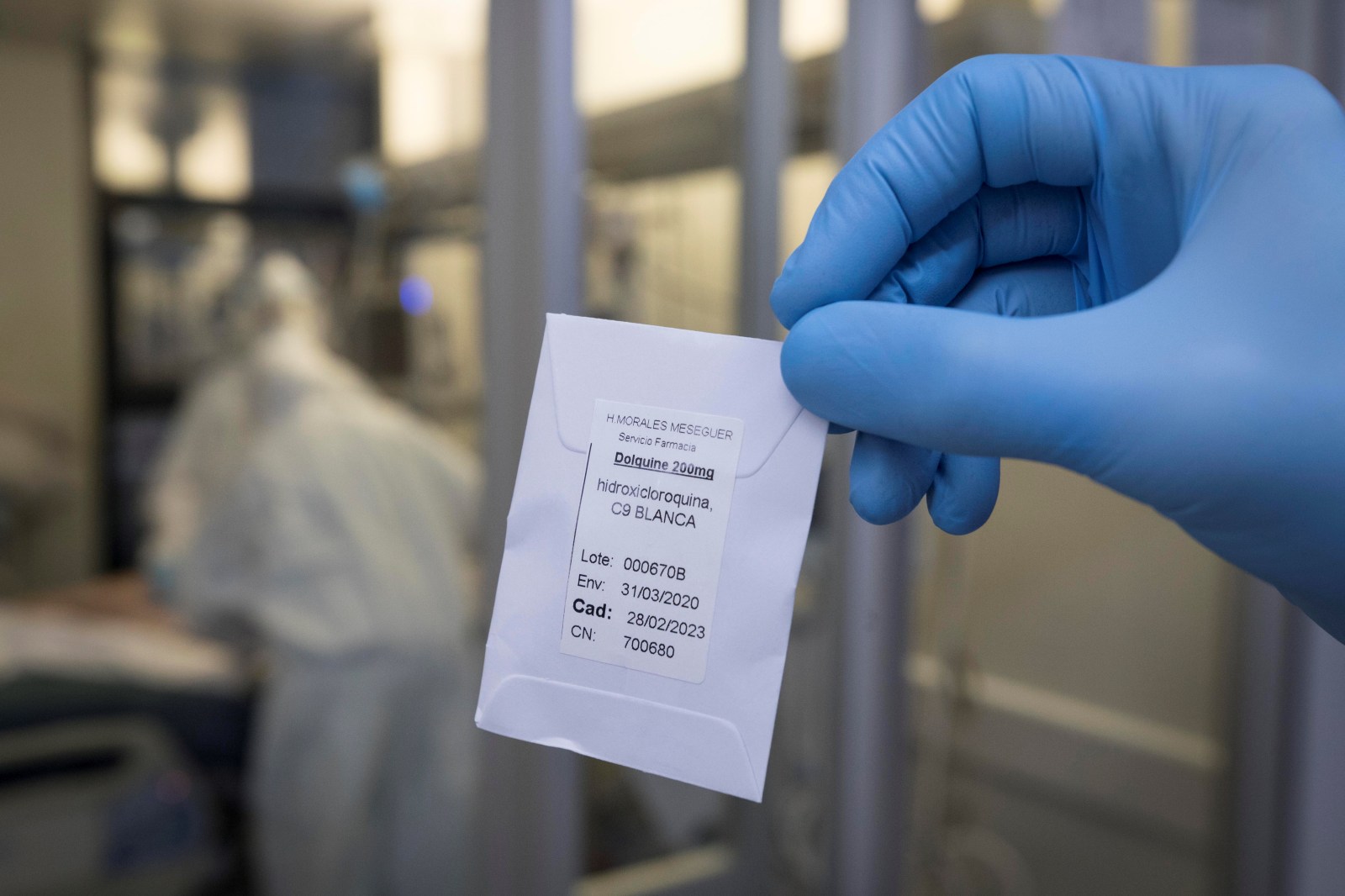 epa08383788 A nurse holds a dose of the anti-malarial drug hydroxychloroquine, which is reportedly showing good results in the treatment of COVID-19 patients, at the Intensive Care Unit (ICU) of Morales Meseguer Hospital in Murcia, Spain, 25 April 2020, during the coronavirus disease (COVID-19) pandemic. According to health workers at the Morales Meseguer ICU, one of the hardest parts to deal with during the coronavirus crisis has been not being able to hold the hand of the dying persons as there was a high risk of contagion. EPA-EFE/MARCIAL GUILLEN

ZURICH, May 26 (Reuters) - The World Health Organization (WHO) on Tuesday promised a swift review of data on hydroxychloroquine, probably by mid-June, after safety concerns prompted the group to suspend the malaria drug's use in a large trial on COVID-19 patients.

U.S. President Donald Trump and others have pushed hydroxychloroquine as a coronavirus treatment, but the WHO on Monday called time after the British journal The Lancet reported patients getting hydroxychloroquine had increased death rates and irregular heartbeats.

“A final decision on the harm, benefit or lack of benefit of hydroxychloroquine will be made once the evidence has been reviewed,” the body said. “It is expected by mid-June.”

Those already in a 17-country study, called Solidarity, of thousands of patients who have started hydroxychloroquine can finish their treatment, the WHO said.

Newly enrolled patients will get other treatments being evaluated, including Gilead Science’s remdesivir and AbbVie’s Kaletra/Aluvia.

Novartis and rival Sanofi have pledged donations of tens of millions of doses of the drug, also used in rheumatoid arthritis and lupus, for COVID-19.

Novartis said The Lancet study, while covering 100,000 people, was “observational” and could not demonstrate a causal link between hydroxychloroquine and side effects.

The WHO said its safety-board review would examine not just Solidarity patients, but other hydroxychloroquine studies too, to determine if a pattern emerges similar to problems described in The Lancet.

“There are several thousand patients already enrolled, some randomised to receive hydroxychloroquine, some who did not receive any drug,” Manuel told Reuters. “They can do a comparison of the use of hydroxychloroquine … to see whether there is a signal of some kind of adverse events.” (Reporting by John Miller; Editing by Michael Shields/John Stonestreet/Jane Merriman)