Minimising health risks under Covid – is easing the ban on alcohol the right move? 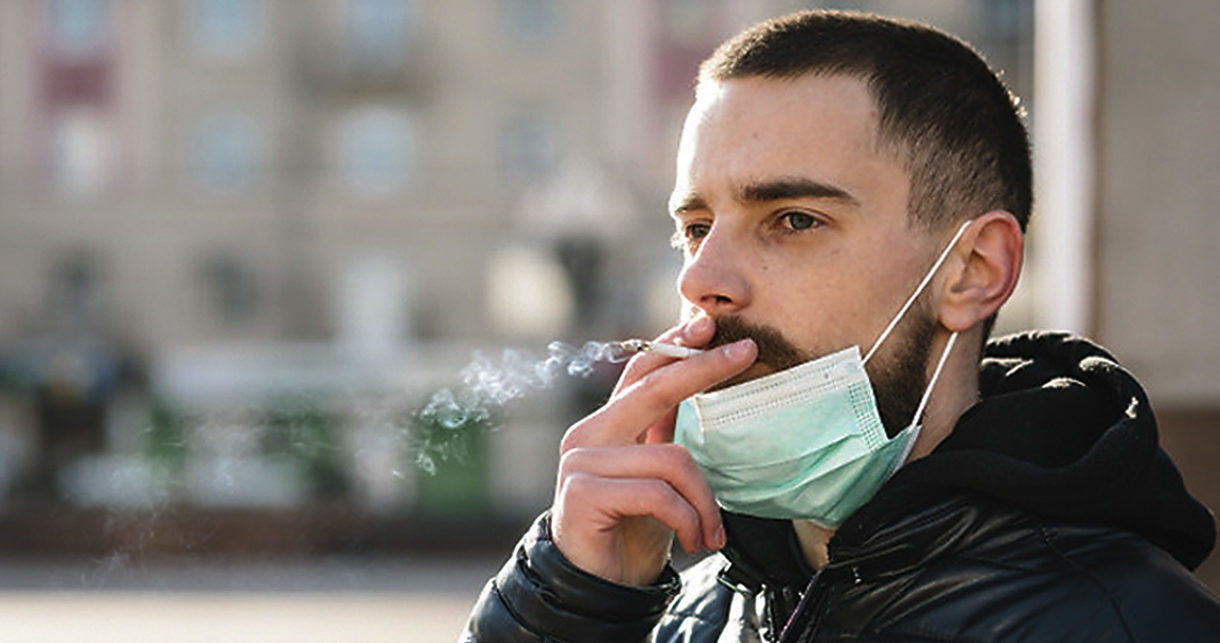 An unidentified man enjoying a cigarette in a park in Johannesburg (Photo: freepic.com/Wikipedia)

The Southern African Alcohol Policy Alliance in South Africa (SAAPA SA) would have preferred to see the ban on both liquor and tobacco continue under Level 3. Second best would have been for the ban on liquor to remain and that on tobacco to be lifted.

Nevertheless, SAAPA SA admits to being somewhat baffled by the government’s decision to allow people limited access to liquor under Level 3 of the State of Disaster lockdown regulations, but to continue the ban on tobacco.

In a 2010 study undertaken by Nutt and others it was found that, out of the 20 most-commonly used recreational drugs in the UK (liquor and tobacco amongst them), liquor caused by far the greatest overall harm to the country and liquor was the only drug among the 20 which caused more harm to the society around drinkers than to drinkers themselves. For the purposes of this article, it is (reasonably) assumed that the results in South Africa would be similar, especially with respect to liquor. 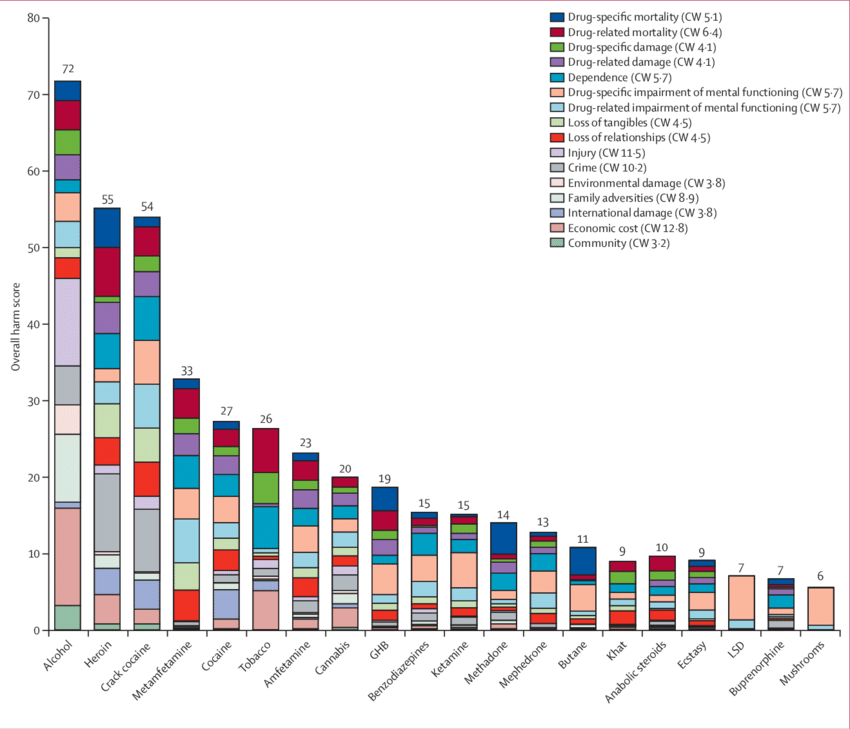 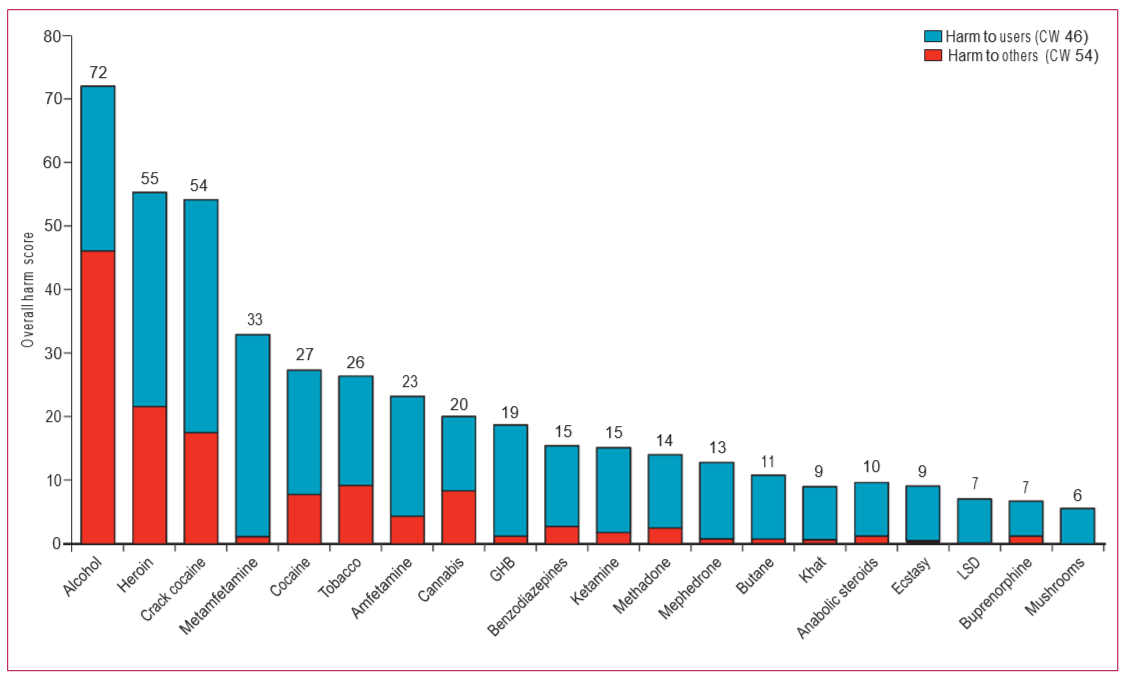 Tables above: Drug harms in the UK: a multicriteria decision analysis. The Lancet, 376 (9752).

Tough legislation imposed on tobacco in South Africa in 1999 was largely driven by concerns about “secondary smoke”, the idea that smokers pose a comfort and health risk to someone in their vicinity who is not smoking. However, in the Nutt table, tobacco is seen to be the sixth most harmful drug overall in the UK, but clearly more harmful to smokers themselves than to the people around them. And yet liquor, most harmful overall and the only drug more harmful to society as a whole than to individual drinkers, has legislation that is much less onerous.

So why allow access to liquor in preference to tobacco?

After all, no-one has claimed that the ban on tobacco has led to a decrease in crime, interpersonal violence and hospital admissions. However, public health practitioners, researchers and government officials alike have pointed to the likely influence of the ban on liquor transportation and sale on these decreases.

Furthermore, those who drink and smoke will acknowledge that they smoke more when they drink. Research has shown that there are physical and psychological reasons for this (for example, here and here).

There is already a problem of the illicit distribution and sale of tobacco under lockdown. Now that the ban on liquor has been eased, is it not likely that the demand for cigarettes will increase as people start to drink again? This will therefore mean an even greater problem of illicit tobacco trading. But allowing people to buy tobacco products would not have resulted in a sudden upsurge in the demand for illicit liquor. (In saying this, we are not suggesting it has to be either/or; we believe that there are health reasons for maintaining the tobacco ban too).

Perhaps the key to the government’s decision to allow access to liquor in Level 3, but not to tobacco, is the different ways in which use of these products is currently legislated in South Africa.

The 1999 legislation effectively “denormalised” the use of tobacco which, in previous decades had been ubiquitous in homes, cars and public places, with advertising glamorizing the product on billboards, radio and TV, in newspapers and magazines, and emblazoned on sporting outfits and motor cars. As a result of the legislation, there is much less pressure on people to use tobacco.

Liquor, on the other hand, continues to be promoted as a ‘normal’ and ‘natural’ part of life, and encouraging young people to look forward to turning 18 and being able to imbibe legally (having, in many instances, been partaking illegally for a couple of years already).

Perhaps it is easier to continue to “demonise” a product that has already been “demonised” than one that is aggressively promoted as “part of our culture” and desirable and necessary for “social interaction”.

For the oft-stated public health reasons that led to their imposition in the first place, SAAPA SA would have preferred to see the ban on both liquor and tobacco continue under Level 3 and beyond. Second best would have been for the ban on liquor to remain and that on tobacco to be lifted.

If, however, government’s decision on this is final – and we expect that government will want to avoid a repeat of the public relations disaster that ensued in April when the President said the tobacco ban was to be lifted and the National Coronavirus Command Centre (NCCC) collectively decided otherwise a week later – SAAPA SA proposes the following approach to the easing of the ban on liquor:

Maurice Smithers is a long-time social and human rights activist and currently Director of the Southern African Alcohol Policy Alliance of South Africa (SAAPA SA), which aims to give civil society a “loud” voice in the formulation and implementation of public health-oriented liquor policy and to counter the influence of the liquor industry on the framing of liquor legislation