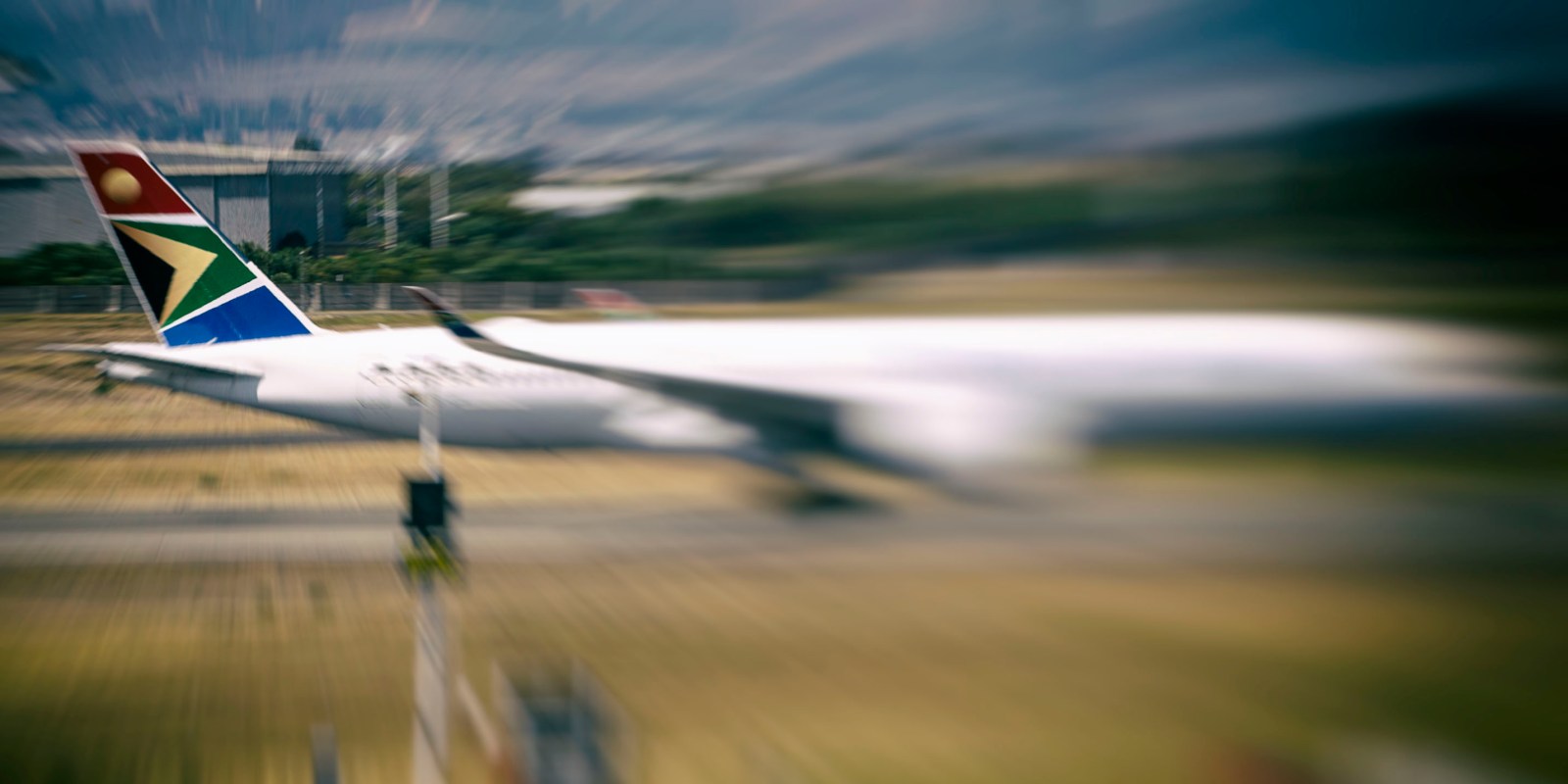 Rescue practitioners Siviwe Dongwana and Les Matuson have been criticised by Public Enterprises Minister Pravin Gordhan for the R30-million in fees they have invoiced since SAA was placed under business rescue. (Photo: Gallo Images / Jacques Stander)

Rescue practitioners Siviwe Dongwana and Les Matuson have come under fire for the R30m in fees that they have invoiced and the R10bn spent on restructuring SAA since it was placed under business rescue on 5 December 2019.

The SAA business rescue practitioners have launched a provocative defence of the millions of rand in fees they have invoiced and their use of major consultancy firms, even though a decisive plan on restructuring the troubled airline is five months late and hasn’t been published.

The rescue practitioners, Siviwe Dongwana and Les Matuson, have been criticised by Public Enterprises Minister Pravin Gordhan for the R30-million in fees that they have invoiced since SAA was placed under business rescue on 5 December 2019.  They have also come under fire for the R10-billion so far spent on restructuring SAA while there isn’t any clear progress.

Gordhan has accused Dongwana and Matuson of enriching themselves and hiring costly firms –  including, among others, PwC (audit and advisory firm), Alvarez & Marsal (US-based aviation consultancy) and  ENSafrica (law firm) – for business rescue proceedings, which haven’t yet yielded a firm decision about SAA’s fate.

In a briefing to Parliament in early May, Gordhan said R35-million had been paid to Alvarez & Marsal, whose work on SAA he has never seen.

A breakdown of other fees paid isn’t clear. But two insiders, who are close to the business rescue proceedings, told Business Maverick that Dongwana and Matuson have shelled out more than R200-million in consultancy fees since December 2019. A request for comment on the fees paid to consultancy/advisory firms was sent to the rescue practitioners on 12 May but it went unanswered.

Dongwana and Matuson have defended their use of consultancy firms, saying “it is not outside the norm” as the duo requires a “supporting team of highly skilled professionals, especially in a company of the size and complexity” of SAA, which is the first state-owned entity in SA to be placed under business rescue.

About the R30-million in business rescue practitioner fees that they have invoiced, Dongwana and Matuson said:

“The fees, should, therefore, be assessed in the context of a team [appointed to assist with rescue proceedings], rather than on an individual BRP basis.”

The duo’s response is contained in the letter dated 27 May to SAA creditors, which was published on the website of Matuson’s consulting firm.

About the appointment of Alvarez & Marsal (A&M), Dongwana and Matuson said SAA lenders insisted that the company should be part of rescue proceedings in exchange for their continued support of the airline. A&M was hired to develop scenarios on how to restructure SAA such as cutting unprofitable flight routes (regional and international) and using SAA’s subsidiary, Mango Airlines, as the main mechanism through which the airline will only operate domestic flight routes.

PwC was hired to cost the business rescue scenarios.

“This undertaking [by PwC] is crucial in enabling the BRPs to assess whether a business rescue would yield a better return to creditors and for creditors to then make an assessment as to whether to support the BR process or support an immediate liquidation of the company.”

Meanwhile, ENSafrica is needed, “given the complex legal issues that emanate from a business rescue process involving many different aspects of the law”.

Dongwana and Matuson have also moved to clarify that they haven’t squandered the R10-billion spent through the business rescue proceedings.

Instead, the duo said they have lowered SAA’s operational costs by R500-million a month – spending an average of R2-billion a month, compared to the R2.5-billion a month that was spent by the airline’s management before the start of business rescue proceedings.

Gordhan and Dongwana and Matuson have a sharp difference of opinion about how SAA should be rescued. Dongwana and Matuson want SAA to wind down in a structured manner, which involves cutting jobs to save costs and the sale of assets to free-up cash and pay creditors. Gordhan wants jobs to be saved and for a new airline to emerge from SAA’s business rescue proceedings.

Although the government is not willing to extend further funding to restructure SAA, Dongwana and Matuson believe there are reasonable prospects for the airline to be rescued. But the successful rescue depends on whether more funding for the airline can be secured, details of which will be contained in the business rescue plan. The plan is expected to be published on Friday 29 May. BM