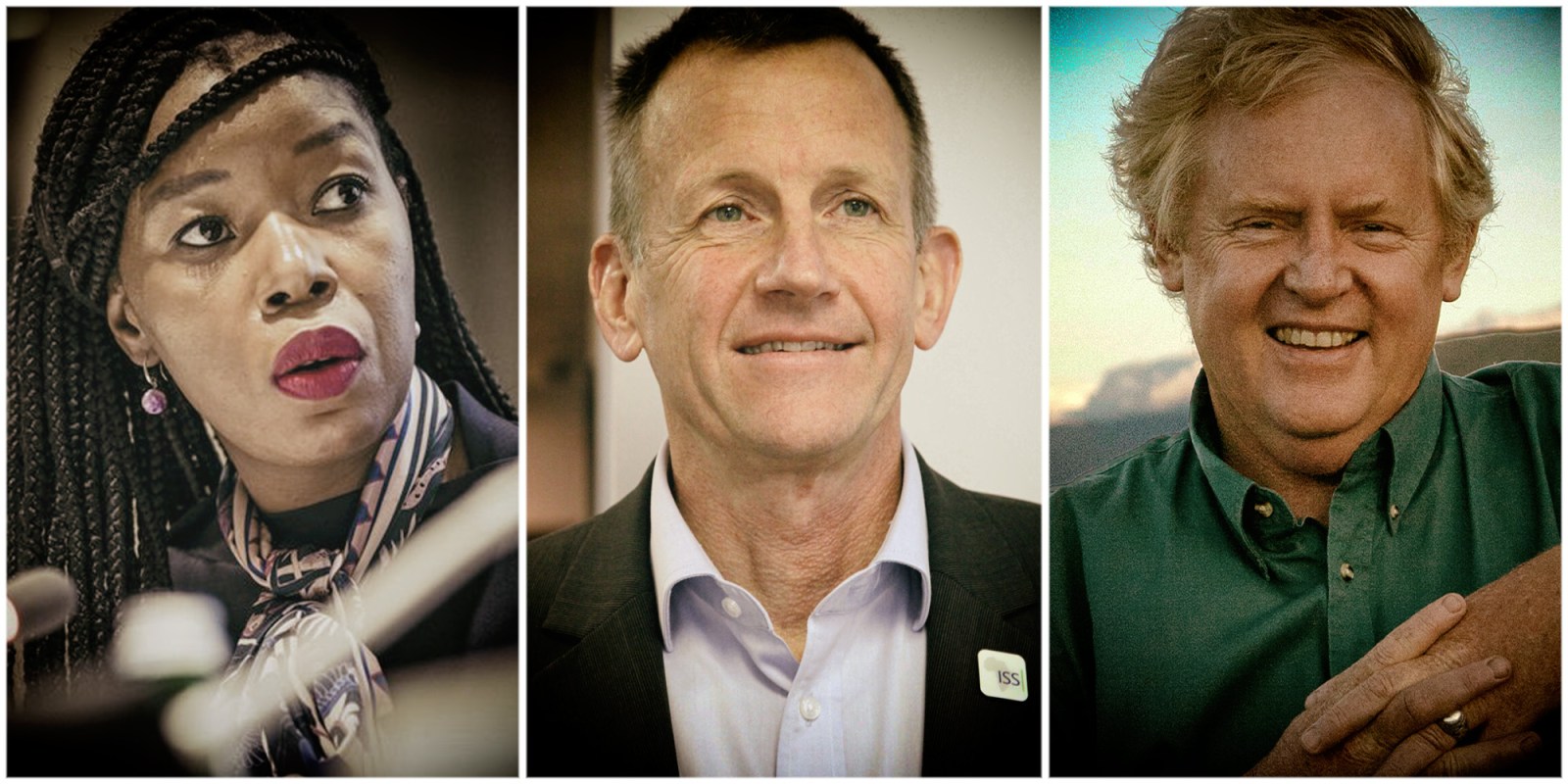 Africans must develop Africa. How this can be done, and what impact Covid-19 will have on this, was the topic of a webinar discussion hosted by Daily Maverick’s Tim Cohen with guests Jakkie Cilliers, founder of the ISS and author of Africa First! and ISS colleague Ottilia Maunganidze.

Poverty, experts will agree, is a multi-layered subject that cannot be measured just by looking at income and consumption levels around the world. But experts can agree that since 1981, the incomes of the world’s poorest people have gone up.

Except in Africa, that is.

That is the reality unless something is done to change this trajectory.

Jakkie Cilliers, founder of the Institute for Security Studies (ISS) tackles this subject in his latest book, Africa First!

In the book he examines where Africa finds herself now; how she got there; and using forecasts and modelling tools, predicts where Africa will be by 2040.

It is not a rosy picture.

But Cilliers also details, under 11 subject headings, what can be done to change the fortunes of the continent, one that has been blessed with boundless natural resources, and in the process lift her people from poverty.

After crisscrossing the continent for decades and seeing change first hand, Cilliers understands the enormity of the challenges the continent faces – competing in a globalised world, delivering health care and education, feeding a growing population and grappling with climate change.

He also understands that change, when tackled methodically and practically in areas like agriculture, education, manufacturing and governance can be achieved.

However, what impact will Covid-19, the pandemic that has forced most of the world to stall their economies and quarantine their people? To what extent will this inflict further harm on Africa and her people?

Business Maverick editor Tim Cohen got together with Cilliers and Otilia Maunganidze, ISS head of special projects in a webinar hosted by Daily Maverick and sponsored by Business South Africa to discuss the book and what it will take for Africa to rise up.

As the title of the book suggests, Africans need first and foremost to put Africa first.

“If Africa is to develop it is up to us,” says Cilliers. “No one else will develop Africa – not the Chinese or Cubans or anyone else. But Africans haven’t always placed Africa first.”

In other words, we need to own our problem.

The next thing to understand, he says, is the nature of the challenge.

The number of Africans living in extreme poverty, around 500 million people, will remain largely constant beyond 2030, missing the first of the eight Millennium Development Goals, which is to eradicate extreme poverty and hunger by 2030.

What makes eradicating poverty so difficult, says Cilliers, is Africa’s growing population. It will be difficult to gain benefit from that elusive demographic dividend (which is achieved when working-age people outnumber dependants) when the number of people needing to be fed, housed, educated and so on, is growing rapidly.

However, history tells us this cannot happen unless accompanied by a number of economic and social changes.

Cilliers has modelled eleven specific interventions that if implemented, will effect change.

What, he says, would be the impact of improving the rollout of basic infrastructure? of improving education levels? of digitisation and the 4th Industrial Revolution? of social grants?

His questions are rhetorical but he pauses to annotate his comments.

“Africa will struggle to alleviate poverty without social grants, particularly if it industrialises.”

“The sad reality is that at low levels of growth, democracy makes a limited contribution to growth. But it makes a huge contribution in other areas.”

“Africa will remain turbulent partly because it is developing. In a sense instability and development go hand in hand.”

Maunganidze, who is an expert on peace and security picks up this last point. “Everything is connected. One cannot have a conversation about peace and security while ignoring that people are facing major socio-economic challenges. We need to recognise the fundamental things that ensure stability. Each of the interventions listed in the book – employment, education, basic infrastructure and so on will contribute to peace and security or its lack. We cannot have peace when we leave everything else behind. These are the cogs in building a better system.”

There is one key that could help to unlock Africa’s growth a little faster, and that is the execution of the African Continental Free Trade Agreement (AfCFTA). This has been delayed by the Covid-19 pandemic, which restricts the movement of people, making trade difficult.

“Once we are out from under this dark cloud,” she says, “it will be one of the things that will help to push for growth. As we have seen in other regions, Europe and Asia for instance, intra-regional trade stimulates growth. Our trade among African countries sits at below 20%.”

While the Covid-19 crisis has not (at this point) caused the sickness and death seen in other countries, the social and economic impact will be harsh.

In fact, models developed by the ISS predict that the Covid-19 crisis will be devastating to Africa.

Economic growth was forecast at 2.6% across the continent for 2020. This is likely to instead contract by 3%, says Cilliers. This year Africa’s GDP will contract by $170-billion, average income will fall by $250 per person for Africa’s 1.5 billion people and another 15 million people will move into extreme poverty.

“These are terrible forecasts.

“Over time the impact of Covid-19 on Africa will decline – perhaps we find a vaccine – but its impact on poverty will increase. The impact will be felt for years,” he says.

Cilliers also believes that over time the influence of China on Africa will wane – a statement that may startle some.

“China is our major trading partner and has invested in building infrastructure in Africa to a significant extent. But China’s investment has peaked – it is looking much more to Asia because the future of the world lies more in a regional orientation than in globalisation, and that holds for Africa too.”

At the end of the day, he says, Africans will develop Africa. “They will do so through the free trade agreement, leapfrogging, getting through the demographic dividend, and investing in themselves.”

At the end of the day, the future lies in our own hands. BM