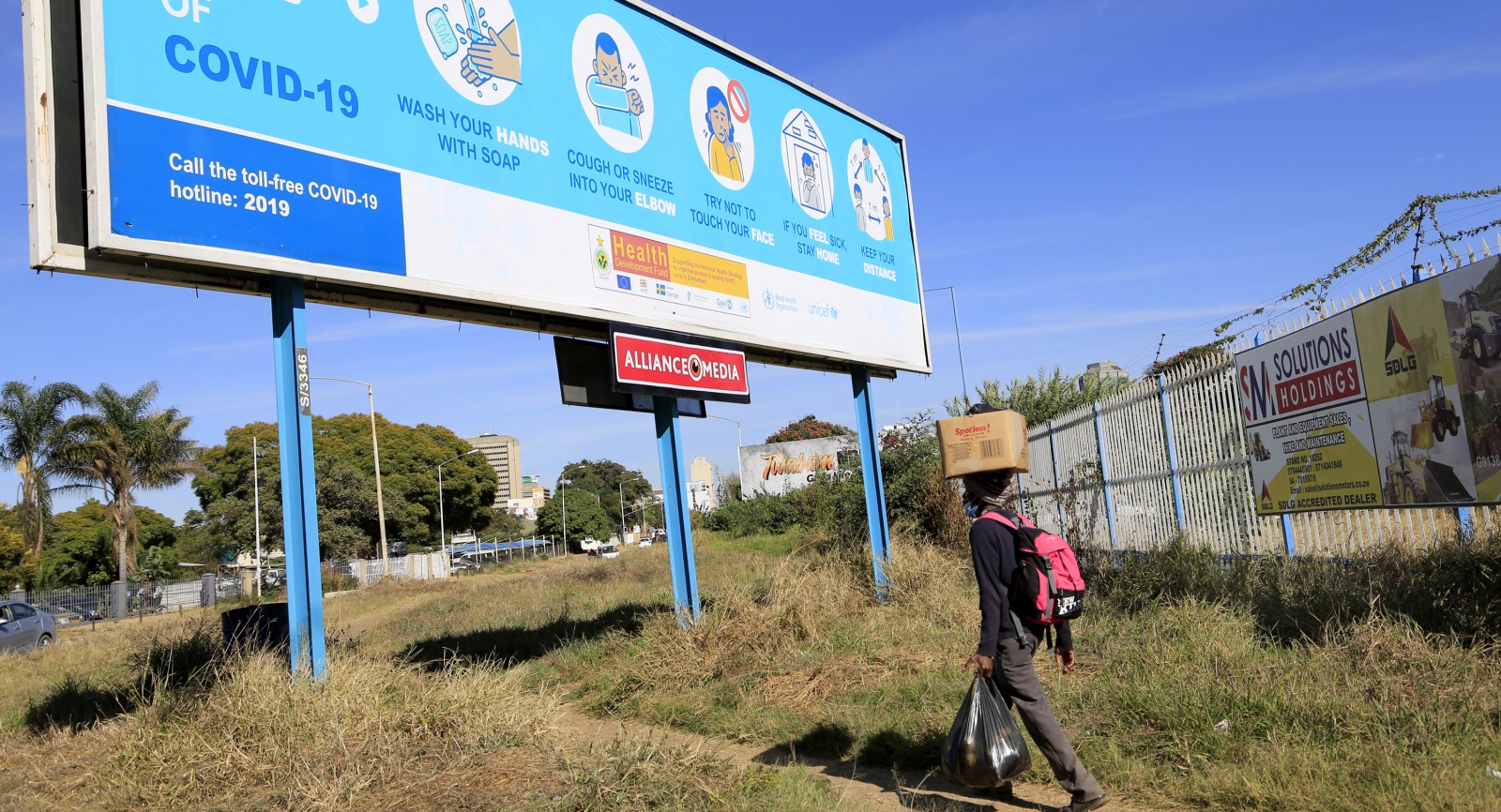 Quarantine centres in Zimbabwe have been a nightmare for many who have returned home during the Covid-19 lockdown, but the government said issues are being addressed.

Zimbabweans returning home from South Africa waited more than two weeks for coronavirus tests that will allow them to be released from quarantine centres, where some have complained about hygiene and food. There were also demonstrations in one Harare centre against what they were told was a mandatory $65 fee for a test.

One of the returnees, Denzel Madzova, has been in the Harare Polytechnic quarantine centre since his 10 May return from Cape Town. He said they had been asking for tests to be done and their pleas were at last answered on Tuesday night when the Covid-19 response team arrived at the centre. Initially, travellers were tested on arrival at the border at the NSSA Beitbridge Hotel’s quarantine centre.

“That’s where we first got tested. We got a rapid test and I was negative.” His group was then moved to Harare, where he lives.

Madzova said they should have been tested again eight days later.

“If you are negative, you are supposed to go home and complete your 21 days [quarantine] at home, where you’ll be checked by the Covid-19 officials,” he said. This didn’t happen. Instead, they were told they could pay $65 for a private test if they wanted to leave earlier, but nobody in the group could afford this.

“People here resisted that [charge] because some of the returnees came from South Africa with nothing, without even bags or clothes to change, because some are deportees, some were not working anymore, and struggling, especially that side [in South Africa], because of the issue of not getting funds from anyone,” Madzova said, referring to relief measures by the South African government which excludes many non-South Africans.

Some Zimbabweans in quarantine have, however, reported being threatened with deportation (most likely an extortion tactic) or detention if they didn’t fork out the $65 for a private test.

There were demonstrations at the Belvedere Teachers’ College quarantine centre because of this, but government spokesperson Nick Mangwana said this charge was the doing of individual officials and not government policy.

“Government will conduct free tests for all returnees before discharge from quarantine centres,” he said. “It was mischievous for certain officials to request individuals to fund their tests.”

He said there had previously been a shortage of swabs used to collect specimens, but the country was now “fully supplied”. Health authorities are now working to clear an accumulated backlog of 2,500 samples because there were not enough laboratories to process these until recently. More laboratories have since been trained to use the GeneXpert machines for diagnostics, he said.

“I can’t tell you the actual figure for the test kits we have at the moment. This is because we run Rapid Diagnostic Tests, the Polymerase Chain Reaction (PCR), and the GeneXpert machine-based PCR tests,” he said when asked about the number available. “We have decentralised these and have trained people to run the tests.” The country has so far reported 56 coronavirus cases, four deaths and 25 recoveries. The government extended the country’s lockdown indefinitely on 16 May.

The Zimbabwe Independent last week reported that the government test kits had been running out, and that it was missing its target of testing 1,000 people per day. By last week it had conducted 34,707 tests after promising to do 40,000 by the end of April. Some officials told the paper they feared that people with undetected Covid-19 could be out on the streets infecting others because of a policy to focus testing on those with Covid-19 symptoms.

The Daily News on Monday quoted Health and Childcare minister Obadiah Moyo as confirming that there was a backlog of tests and that returnees were given the option of a private test. “The demand [for tests] has gone up because of the returnees as well,” he said. So far more than 3,000 people have returned to Zimbabwe since the Covid-19 lockdown began at the end of March, and all have had to pass through the 47 government-run quarantine centres.

Some returnees in centres outside Harare said their food portions have been getting smaller. One woman who has been staying at a Mashonaland East quarantine centre and who didn’t want to be named, said their drinking water had been dirty of late and had worms in it, with authorities saying this was due to some work they did on the tanks.

Madzova said circumstances in the Harare Polytechnic have not been ideal. “When we came here, there were ex-convicts that came from South Africa. When we stayed with them for two days we realised this and didn’t feel safe at all. They were using bad language, threatening other people, stealing things,” he said. The ex-convicts were moved and security has been fine since, but people still fear for their health.

“Without being tested we are just living in the dark, not knowing if any of us had the disease,” he said.

A group of Malawi citizens who were deported from South Africa and who tested positive subsequently, also passed through the centre, and quarantine centres in Harare also seem to be a hub for many who have to catch buses to the provinces.

“So it could be a hotspot here in Harare, especially with people not being tested,” he said.

Some returnees in centres outside Harare said their food portions have been getting smaller. One woman who has been staying at a Mashonaland East quarantine centre and who didn’t want to be named, said their drinking water had been dirty of late and had worms in it, with authorities saying this was due to some work they did on the tanks.

Breakfast on Tuesday was tea and two slices of bread with margarine and jam, while lunch was rice and beans. Supper was sadza (pap) with a stew of capenta (small fish). The night before the main meal was cabbage.

“We are just eating because we have nothing to do. We are hoping to be released soon because today we had rapid test again and it’s the second time,” she said. People staying at this centre were not asked for money for tests, but some were released without being tested, the woman said.

She said, however, that she would have stayed in South Africa, her home for the past seven years, if she had known what conditions in quarantine were like.

“I want to give advice to those [Zimbabweans] who were thinking of coming home. It’s better to wait until this is over because quarantine here is torture.”

Madzova, however, said that despite the difficulties in quarantine, he would rather return home. The relatives he had been staying with in South Africa had lost their jobs because of the pandemic and the landlord was threatening to throw them out on the streets.

He had been in South Africa on a visit to a sick cousin, who subsequently died. Buying medicines for his illness had left the family penniless.

Madzova said he also felt unsafe and unwanted in South Africa due to Afrophobia among some South Africans.

“If someone [in South Africa] just threatens to throw me in the streets, I don’t know who can help me. Here in Zimbabwe we have our own political problems, but as long as you don’t poke your nose where you don’t belong, then you’re okay,” he said. “You can go to the rural areas, you can farm [for food], but in a foreign land that is difficult.” DM