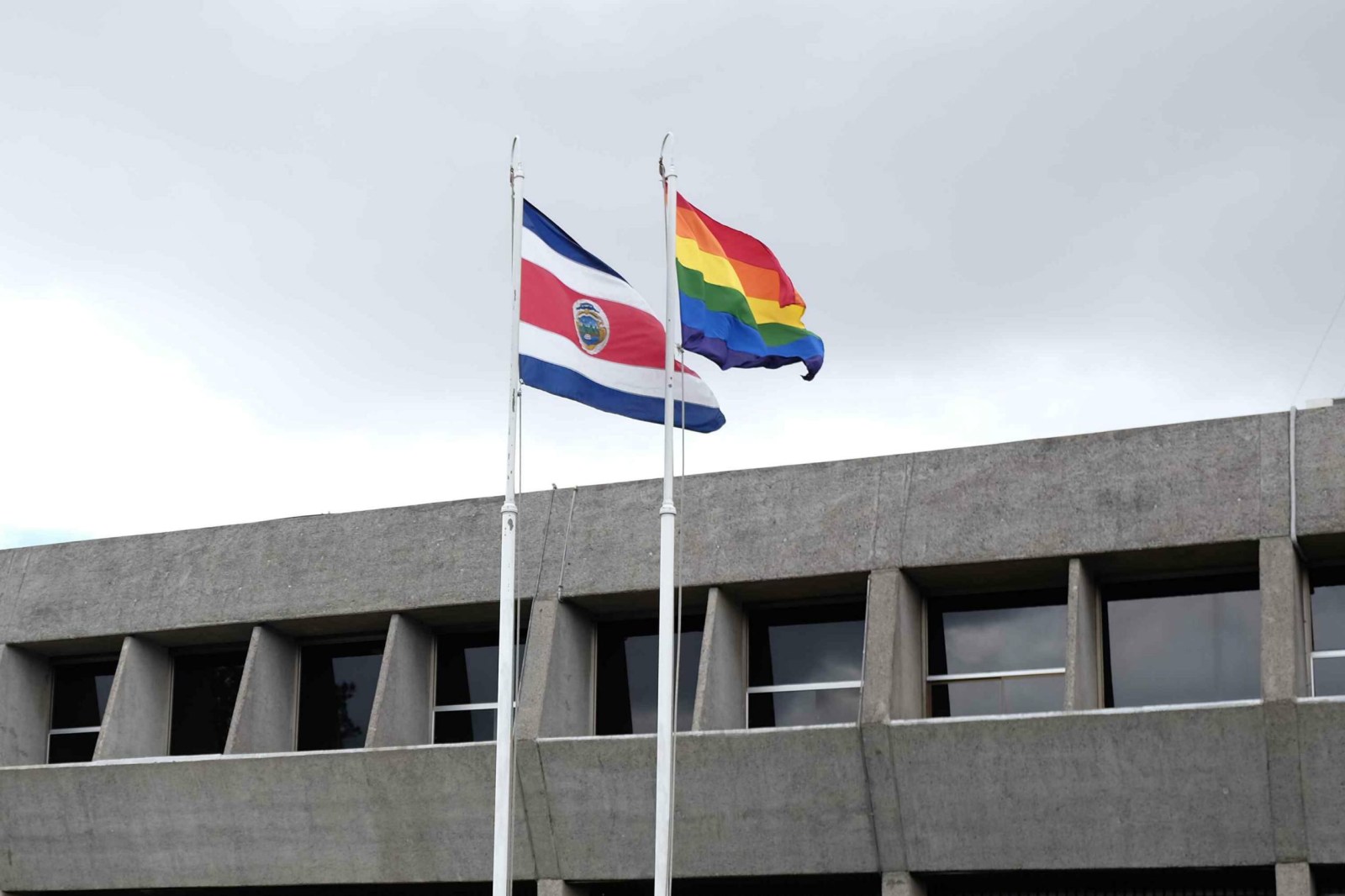 epa08444180 (FILE) - The LGBTQ rainbow flag waves next to the Costa Rican one at the Presidency Residence in San Jose, Costa Rica, 16 May 2014 (reissued 26 May 2020). On 26 May Costa Rica became the first Central American country to legalize same-sex marriage. EPA-EFE/Jeffrey Arguedas

MEXICO CITY, May 26 (Thomson Reuters Foundation) - Costa Rica gave the go-ahead to same-sex marriages on Tuesday, making it the first country in Central America to do so after a landmark court ruling came into effect at midnight.

MEXICO CITY, May 26 (Thomson Reuters Foundation) – Costa Rica gave the go-ahead to same-sex marriages on Tuesday, making it the first country in Central America to do so after a landmark court ruling came into effect at midnight.

The nation’s constitutional court ruled in August 2018 that a ban on same-sex marriage was unconstitutional and gave parliament 18 months to legislate or the provision would be automatically nullified.

Earlier this month, more than 20 lawmakers tried to delay the marriage ruling by 18 months but the measure failed and the ban was lifted at midnight – although couples will have to opt for online weddings due to the coronavirus restrictions.

“Costa Rica is celebrating today: marriage equality has become a reality in the country – the first one in Central America!” said the International Lesbian, Gay, Bisexual, Trans and Intersex Association (ILGA) in a tweet.

“We rejoice with you: congratulations to all those who worked so hard to make it happen!”

Enrique Sanchez, Costa Rica’s first openly gay congressman with the center-left Citizens’ Action Party, said this represented the culmination of a fight over many years by many people, some through activism and others anonymously.

“With their experience, their struggles … they have helped build a society where there are no second-class families or second-rate people,” he told the Thomson Reuters Foundation.

In a region marked by religious conservatism and widespread violence towards LGBT+ people, Costa Rica’s gay marriage ruling was welcomed by many local rights activists.

“This offers us peace of mind,” said Margarita Salas, an LGBT+ rights campaigner in Costa Rica and president of the VAMOS political party. “This measure gives us the ability to protect and provide security to our family.”

Legalizing gay marriage was a major campaign promise by President Carlos Alvarado Quesada, who took office in May 2018.

“This change will cause a significant social and cultural transformation of the country,” Alvarado Quesada said in a video posted on Twitter late on Monday.

“(Gay and lesbian people) will have the rights and the same rights as any other person, couple or family in this country.” (Reporting by Oscar Lopez @oscarlopezgib; editing by Hugo Greenhalgh and Belinda Goldsmith. Please credit the Thomson Reuters Foundation, the charitable arm of Thomson Reuters, that covers the lives of people around the world who struggle to live freely or fairly. Visit http://news.trust.org)