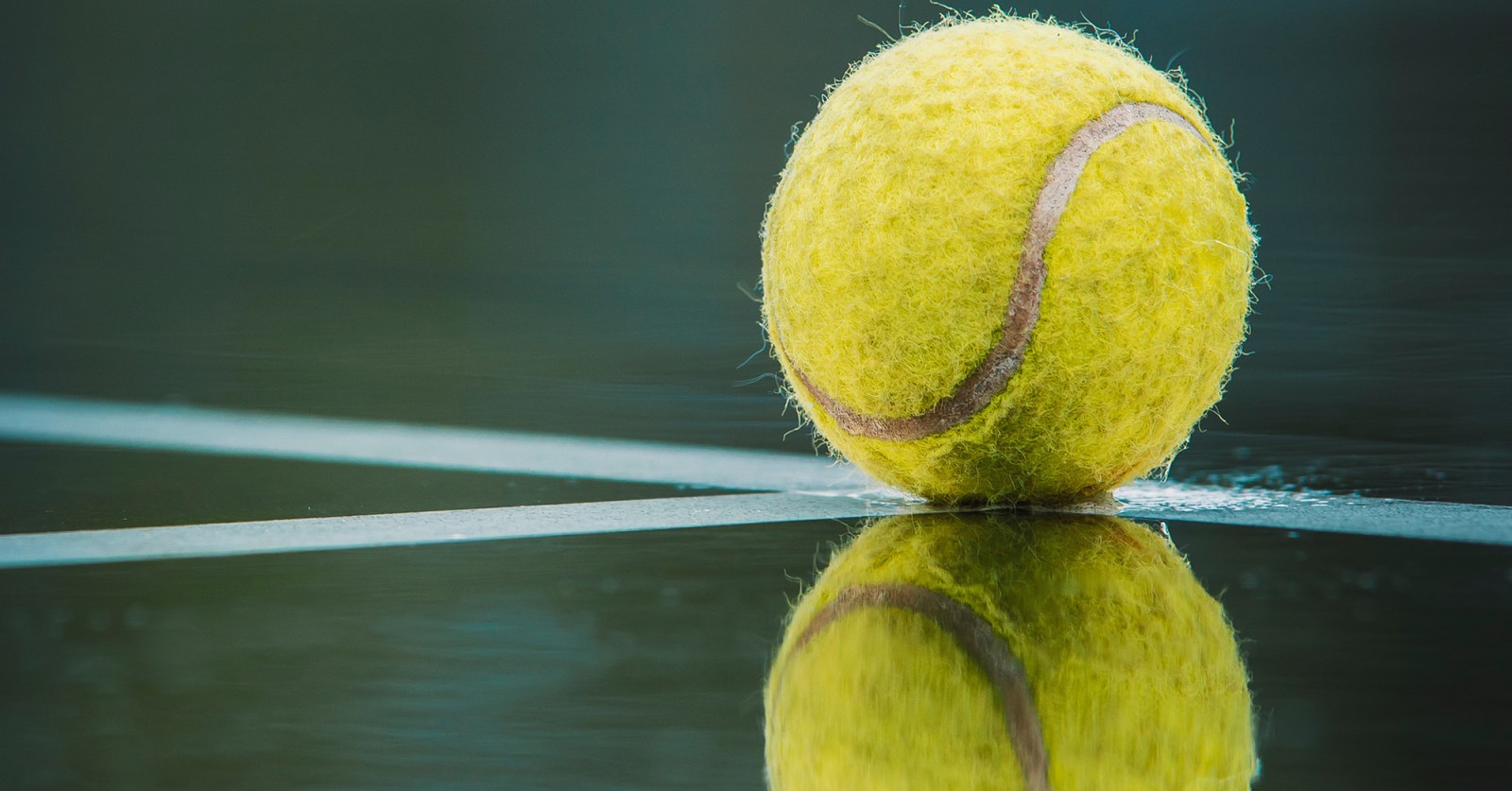 South African Gordon Forbes published ‘A Handful of Summers’ in 1978 and, from its lyrical evocation of green Wimbledon grass at the beginning to its wistful downbeat ending, it does what great literature does, it evokes time and place with unerring skill. (Photo: Unsplash / Todd Trapani)

If we can’t watch sport at the moment – unless the crowdless Bundesliga does it for you – we can at least read about it. In search of the greatest sports books of all time.

Sports literature is seen by many as an oxymoron and it’s true that most sports books are pretty moronic. The majority are ghost-written biographies with one-word titles (‘Beast’, ‘KP’, ‘Bouch’, ‘Beckham’), shamelessly capitalising on the transitory fame of fundamentally uninteresting people and solely designed to provide presents for lazy gift givers and even lazier readers. They have no literary value and, spoiler alert, will all contain one “shocking revelation” which is designed to grab a glib headline to promote the rest of the vacuous content.

But there is a small subset of non-fiction books about sporting topics which I believe can be classified as literature. They are elegantly written, insightful about life as much as sport, and are compellingly readable even for someone not engaged with the particular pastime.

It’s a very subjective business determining which books about sweaty pursuits classify as literature but I feel qualified to have a stab at it. I grew up consuming enough gormless cricketing autobiographies, with titles like Time to Declare and My Country’s Keeper, and tedious rugby and cricket tour diaries to know rubbish when I read it. I also got very close to opening a sports bookshop in London with a friend in the 1980s (if “very close” means a lot of big talk in a pub) before the late John Gaustad got in ahead of us and created the wonderful Sportspages just off Charing Cross Road.

A caveat is important. I am not dealing here with sports writing – the business of day-to-day coverage. That is an art in itself and a field littered with giants. My personal pantheon contains Neville Cardus, Alan Gibson, Mathew Engel and Peter Roebuck from cricket, Frank Keating from rugby, Roger Angell from baseball, Brian Glanville from football (and, increasingly, Jonathan Liaw of The Guardian) and Hugh McIlvaney on boxing. Locally, AC Parker is much revered by rugby old-timers, and all three of John Perlman, Darrell Bristow-Bovey and Tom Eaton flirted with greatness in this sphere before moving on to broader subjects.

The printed words of these men (and this remains a predominantly male business) are worth savouring but their books are usually relishable collections of short-form work, not the real deal of a single lengthy piece of writing with a beginning, a middle and an end.

There is a curious imbalance about which sports attract literary talents. The William Hill Sports Book of the Year, founded by Gaustad in the UK in 1989 (known as “The Bookies Prize” in contrast to “The Booker”), gives the best indicator of this phenomenon. In 30 awards, football (six), cricket (five), boxing and cycling (both four) have swept up 19 between them. Rugby has just two. Golf, a lyrical game if ever there was one, only has one winner (the excellent A Good Walk Spoiled by John Feinstein). And tennis has none at all.

The obvious omission here, due to Anglo-centricity, is baseball, which rivals, and probably exceeds, even cricket for its depth of decent prose. Anything written by Angell or Thomas Boswell, to name just two, is worth reading, even if you don’t know your RBIs from your ERAs. As for baseball books, Moneyball by Michael Lewis is compelling (the movie starred Brad Pitt) and the heart-wrenching The Boys of Summer by Roger Kahn or Can’t Anybody Here Play This Game, Jimmy Breslin’s whimsical account of a season with the always-losing New York Mets, are superbly written.

The obvious standout among the William Hill winners is Nick Hornby’s Fever Pitch in 1992. Hornby has written plenty that’s beloved in book clubs (like High Fidelity and About A Boy) so his literary chops are beyond doubt, and his sublime essay about being an Arsenal supporter is the best argument anyone can make for a football obsession being a respectable activity.

Among relatively recent cricket books, Rain Men by Markus Berkmann is gently funny and very accessible, but nothing in the modern era can reach the gold standard of Trinidadian historian CLR James’s Beyond a Boundary, published in 1963, which somehow meshes Caribbean cricket, nostalgia, race and Marxism into a unique, timeless work.

Tennis has generated some very readable autobiographies in the names of Arthur Ashe, Andre Agassi, John McEnroe and Rafa Nadal among others, but none would qualify as real literature.

Boxing has always attracted great writers including Norman Mailer. Germiston-born Donald McCrae is a serial short-lister for the William Hill, and has won it twice for boxing books, but if I were to choose a pugilistic publication for literary merit it would be by another South African, Gavin Evans, whose Dancing Shoes Is Dead spun a soulful web of boxing and apartheid in the 1980s.

Rugby has always been a literary desert. The two William Hill winners from the sport tell good yarns, but do not offer fine writing. The only rugby book that’s ever stayed in my mind for more than two minutes after closing the pages was by a Frenchman. Dennis Lalanne’s Le Grand Combat du Quinze de France appeared in English as The Glorious Fight of The French Fifteen. It is a completely over-the-top, florid account of how the 1958 French touring team defied extraordinary odds to become the first to ever win a series in South Africa. My copy is long gone but, if you can find one in the nether reaches of the internet, then get it – it may not rival Victor Hugo but it is certainly more entertaining than Proust.

Rowing, somewhat surprisingly, has produced two stunning books. True Blue by Dan Topolski was the inaugural winner of the William Hill and tells the gripping tale of a mutiny in the Oxford crew, and the best-selling The Boys In The Boat by Daniel Brown is the equally gripping tale of the backstory to the American VIII which won gold at the 1936 Berlin Olympics.

Tennis has generated some very readable autobiographies in the names of Arthur Ashe, Andre Agassi, John McEnroe and Rafa Nadal among others, but none would qualify as real literature. However, this sport with no William Hill Awards to its name has produced what is, in my view, the finest sports book of them all.

South African Gordon Forbes published A Handful of Summers in 1978 and, from its lyrical evocation of green Wimbledon grass at the beginning to its wistful downbeat ending, it does what great literature does, it evokes time and place with unerring skill.

That time and place was the playing circuit during, what some believe, was the golden age of tennis in the 50s, 60s and 70s. Forbes was there, by his own admission, as a journeyman player, but his writing and observational talents were on a Rod Laver level. He is alert, honest, sympathetic and very funny. Reading it again now, it’s noticeable how the behaviour of some of the male players regarding women would not pass contemporary scrutiny, but Forbes’s words still work to this day with the seemingly effortless fluidity of a Roger Federer forehand. DM