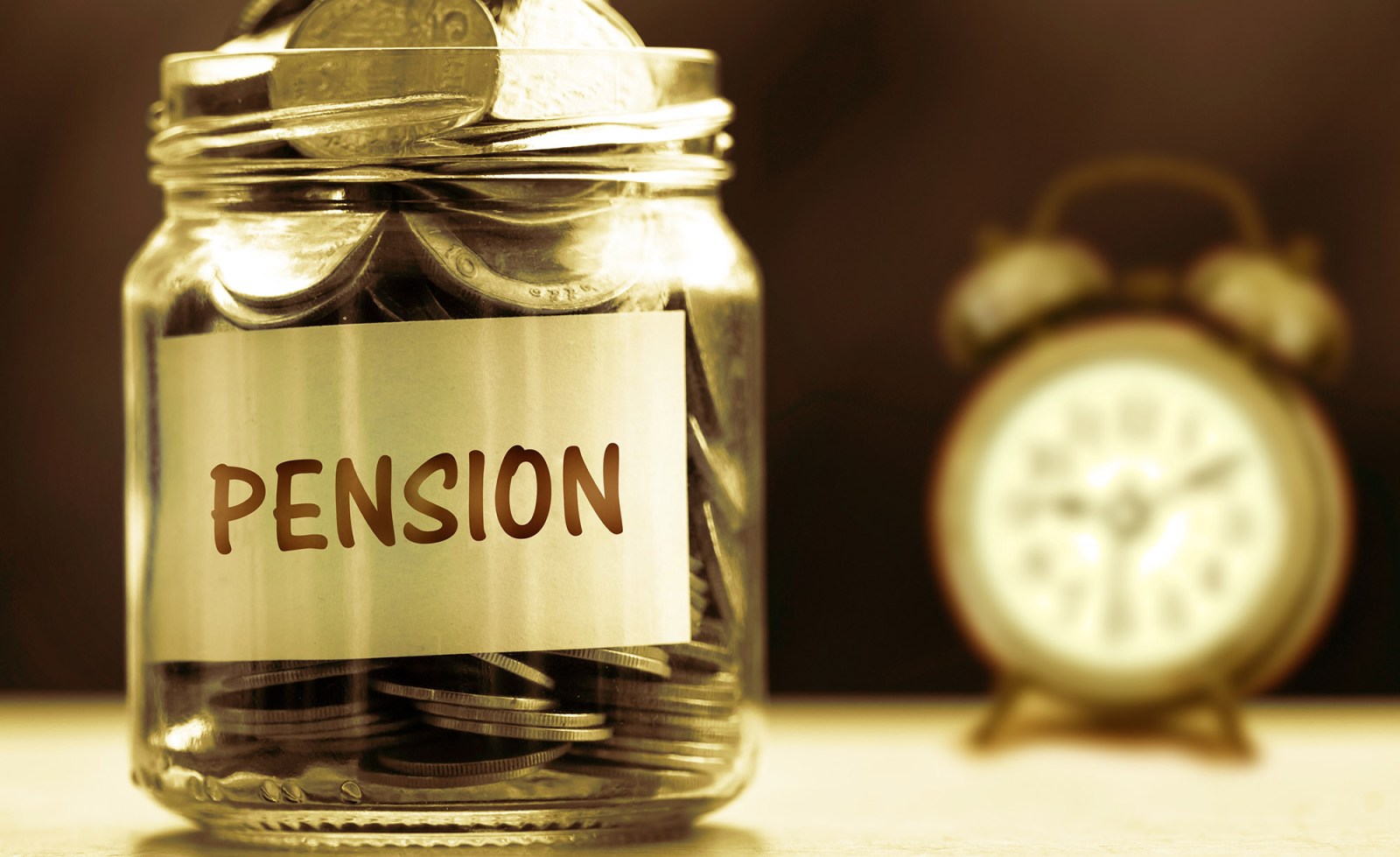 It is not a question of which annuity is better – a guaranteed annuity or a living annuity. The answer lies in both, says the writer. (Photo: Adobestock)

The best news often follows the worst. But the best news may take some time to arrive. The worst news in financial markets often comes from unexpected events, such as the international 2008/10 meltdown as a result of the American sub-prime property crash. This has now been followed by the Covid-19 pandemic, which is expected to have a much larger and longer financial impact.

Pensioners are particularly at risk in times of volatile markets, not only in South Africa but around the world. The market crashes have affected both those starting their retirement and those already in it. While markets have recovered more recently, they have not fully recovered and further risks remain.

It is not a question of which annuity is better – a guaranteed annuity or a living annuity. The answer lies in both. It is something that I have been arguing for many years.

In December 2019, a group of British and American academics published a paper on what is called the “sequence of returns” for people living off their accumulated investments. This was research based on the 2008/10 market crash.

The paper, “Developing a Measure of Sequence Risk”, was written by Andrew Clare, Simon Glover, James Seaton, Peter N Smith and Stephen Thomas. It is a technical paper, but you can download it off the website. In simple terms, this paper is saying that neither living annuities nor guaranteed annuities should be seen in opposition to each other.

In simple terms, this paper is saying that neither living annuities nor guaranteed annuities should be seen in opposition to each other.

The answer lies in what are hybrid (flexible) annuities, which mix and match the annuity types – both linked investment living annuities and traditional guaranteed annuities must be combined.

Those pensioners who have already done this should find themselves in a better position following the Covid-19 crash.

Asset management companies from the 1990s have sparked much of the innovation of market-linked investments, The driving force was the move from defined benefit retirement funds, where your employer took all the risk, to defined contribution funds, where you take all the investment risk.

John Anderson, who heads the Alexander Forbes research team, says these mix-and-match hybrid annuities will help pensioners, many of whom have saved too little for retirement.

“Hybrid annuities will help to optimise the pension benefits to balance the competing objectives pensioners face. Hybrid annuities provide a sustainable income on the one hand, versus having flexibility for unforeseen events and the ability to leave an inheritance on the other,” he says.

Asset management companies from the 1990s have sparked much of the innovation of market-linked investments, The driving force was the move from defined benefit retirement funds, where your employer took all the risk, to defined contribution funds, where you take all the investment risk.

Then linked investment services product (lisp) companies, mostly asset management companies initially, started offering not only their own unit trust funds, but those of others as well.

Initially, the skills of their actuaries were used to show that guaranteed annuities offered value for money to provide a lasting pension. At the same time, they were removing a lot of Pandora’s box of secrecy and providing better structures.

At the same time, asset management companies did very little initially to ensure the living annuities were properly sold, saying this was up to financial advisers.

The fact is that the asset managers simply misled most advisers and over-rewarded them with all types of incentives, from paying for office staff through to luxury foreign trips. The financial advisers were not informed by the product providers that they should have been concentrating on limiting high drawdowns, and staying away from high-risk investments that could wreck the retirement plans of their clients.

It is not that the living annuity products were fundamentally wrong – it was the way in which they were sold.

Enter again the actuaries. From about 2000, more and more papers at the Actuarial Society of South Africa (Assa) annual convention, started looking, first, at the drawdown rates, warning that high rates of income were leading to the unsustainability of pensions. They warned that anything above 5% drawdown was not sustainable.

The Association for Savings and Invested SA (Asisa) and its predecessors started to look at living annuities, particularly with the increasing bad publicity they were receiving in the media, to issue some sort of standard on these annuities.

The then Linked Investment Service Providers Association (Lispa), which folded into Asisa, started publishing a standard on living annuities, warning, among other things, about high drawdown of pensions against accumulated capital.

But after much criticism of the reporting of results in 2008, Asisa backed off on releasing its results publicly. Instead of correcting the problems, it merely retreated rather than providing the correct information and leading the research into solutions for pensioners.

It has been the actuaries of South Africa who have done most of the research into the problems of living annuities, and they have worked hard at improving and optimising guaranteed retirement annuity products.

Actuary Karen Wentzel, head of annuities at Sanlam Corporate, says we have seen annuity products that appear very affordable at the outset, but “pensioners find out later on that the high drawdowns have a negative effect on pension increases on which they are relying”.

With insufficient capital, you are unlikely to maintain your current lifestyle, particularly if you make poor investment decisions that will deplete your retirement savings even further.

“As an industry, we are all acutely aware of this, but perhaps what we haven’t grasped sufficiently well enough is the huge responsibility we have as an industry to make every effort to steer a member in the right direction, and prevent pensioners from making the wrong long-term decisions with their savings,” she says.

Now hybrid annuities are being offered by the asset management companies, the life companies and the retirement fund administrators. Some only use their own products, but many are putting together quite complex products using their own and outside sources.

Wentzel says it has been an interesting challenge for actuaries to design products that remain attractive, while factoring in challenges like volatile financial markets, returns well below the traditional norms and people living longer, and then stacking this up against rising healthcare costs.

She says retirees face a retirement trilemma. Pensioners all want protection against risk that their pension will decline, access to good returns and access to their capital (for beneficiaries). The problem is that at best you will only be able to get two of these. You may, in fact, get nothing.

With insufficient capital, you are unlikely to maintain your current lifestyle, particularly if you make poor investment decisions that will deplete your retirement savings even further.

Add to this the effect on your retirement savings the Covid-19 pandemic has had, and the rating of  South Africa to junk status.

The actuaries of various companies from the country’s biggest retirement fund administrator, Alexander Forbes, through to life companies like Sanlam and Just SA, have been putting together answers for finding the best solution through hybrid annuities.

Wentzel says the biggest risk being faced by pensioners on income flow is sequencing risk.

This means that retirees need products that allow them to overcome sudden and violent events such as the Covid-19 crisis or excessive market gains.

Wentzel says this is what the new generation of hybrid annuities products seeks to achieve.

The hybrids options can be divided into three classes:

Anderson says with the first option – with the automatic transfer over 10 years – you do not need much on-going advice, as the phasing into a guaranteed annuity is done automatically, particularly after the first 10 years. Your main advice needed will be on any underlying investments at the outset, making use of income or unit trust funds. If you stick to this strategy without any need arising or circumstances to change this advice and the living annuity income provider, and you could lower advice risk and fees to virtually nothing, apart from the initial advice.

A series of reports written by Bruce Cameron, the semi-retired founding editor of Personal Finance of Independent Newspapers, that cover the effects of Covid-19 on pensioners including research undertaken by Alexander Forbes on retirement income in South Africa. He is co-author of the best-selling book, The Ultimate Guide to Retirement in South Africa.