Easing lockdown, Spain to reopen for tourism in July 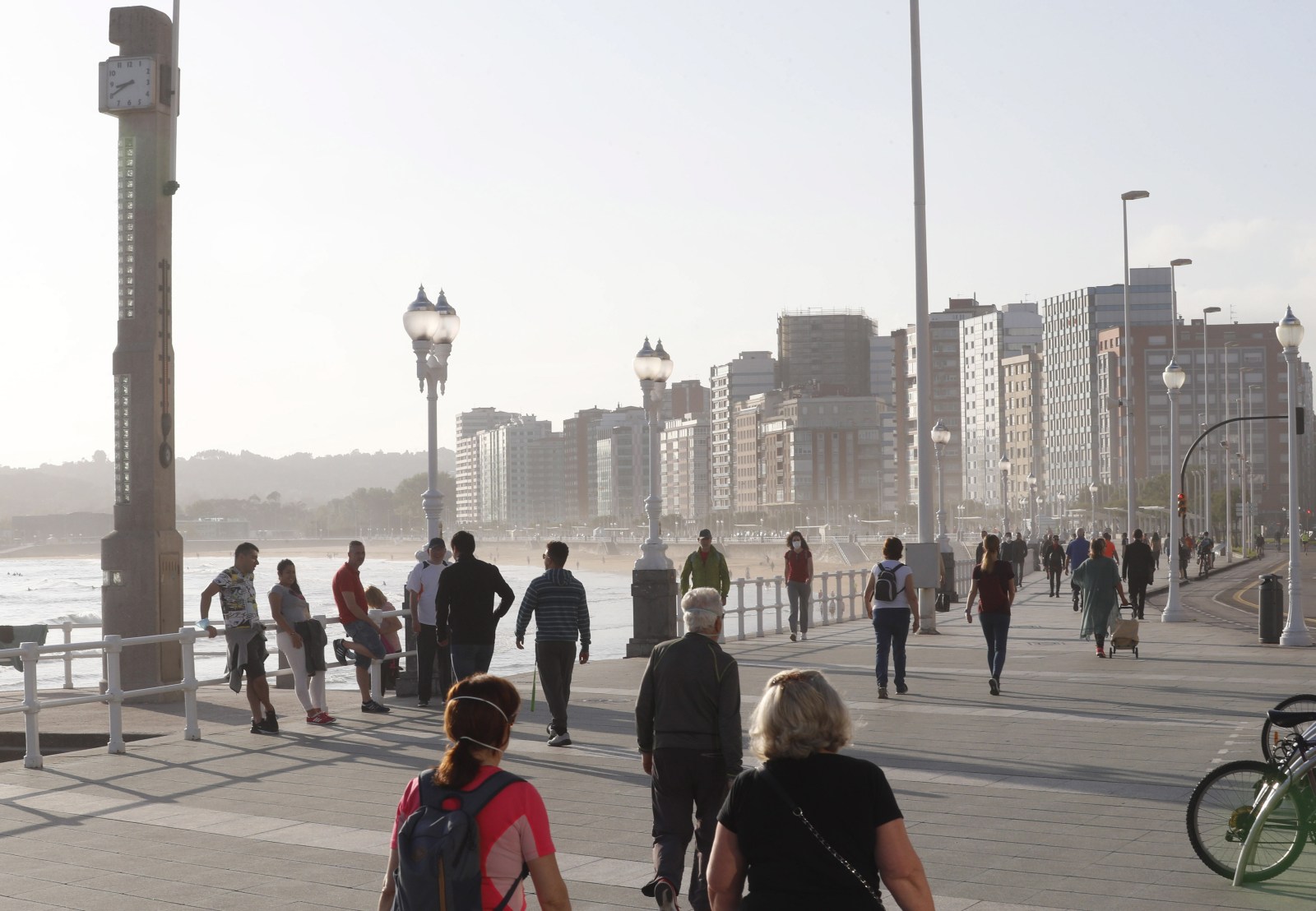 epa08442561 People enjoy the promenade of San Lorenzo's Beach in Gijon, Asturias, northern Spain, 25 May 2020. Madrid, Barcelona and Castile and Leon entered Phase 1 of the coronavirus emergency on 25 May while the rest of the country is currently on Phase 2. EPA-EFE/JL CEREIJIDO

MADRID, May 23 (Reuters) - Spain will reopen its borders to tourists in July and its top soccer division will kick off again in June, the Prime Minister said on Saturday, marking another phase in the easing of one of the world's strictest lockdowns.

Pedro Sanchez’s dual announcements coincided with calls for his resignation over the lockdown’s impact on the economy from the far-right Vox party, which called protests in cities across Spain drawing thousands of horn-blaring cars and motorbikes.

“From July, foreign tourism will resume in safe conditions. We will guarantee tourists will not take any risks and will not bring us any risks,” Sanchez told a televised news conference, without giving further details.

Foreign visitors contribute around an eighth of Spain’s economic output and the government curbs – taken to contain one of Europe’s severest coronavirus outbreaks – shuttered everything from hotels, bars and restaurants to beaches and leisure parks just as its tourism season got under way.

Spain’s overnight death toll from the coronavirus rose by 48 on Saturday to a total of 28,678, the seventh straight day that the fatality rate has been less than 100, while the total number of cases rose to 235,290.

Close to a million jobs were lost in March alone when the lockdown began and the Bank of Spain has forecast the economy will contract by up to 12% this year.

Saturday’s protesters called on him and Deputy Prime Minister Pablo Iglesias – head of left-wing Podemos, the junior partner in Socialist Sanchez’s coalition – to resign over their handling of the crisis and, in particular, the economic fallout.

“It is time to make a big noise against the government of unemployment and misery that has abandoned our self-employed and workers,” Vox said. The government says the lockdown has allowed it to get the pandemic under control.

Restrictions on movement are being gradually eased, with bars in some parts of the country already being allowed to open their terraces, and museums and churches reopening, though residents of Madrid and Barcelona, both national epicentres of the virus, will only follow suit on Monday.

Sanchez said there would be a 10-day period of national mourning for victims starting on Tuesday. (Reporting by Elena Rodríguez, Juan Antonio Domínguez, Sergio Perez and Silvio Castellanos Writing by Jessica Jones Editing by John Stonestreet and David Holmes)