Lesotho under its new prime minister: Time to think out of the box? 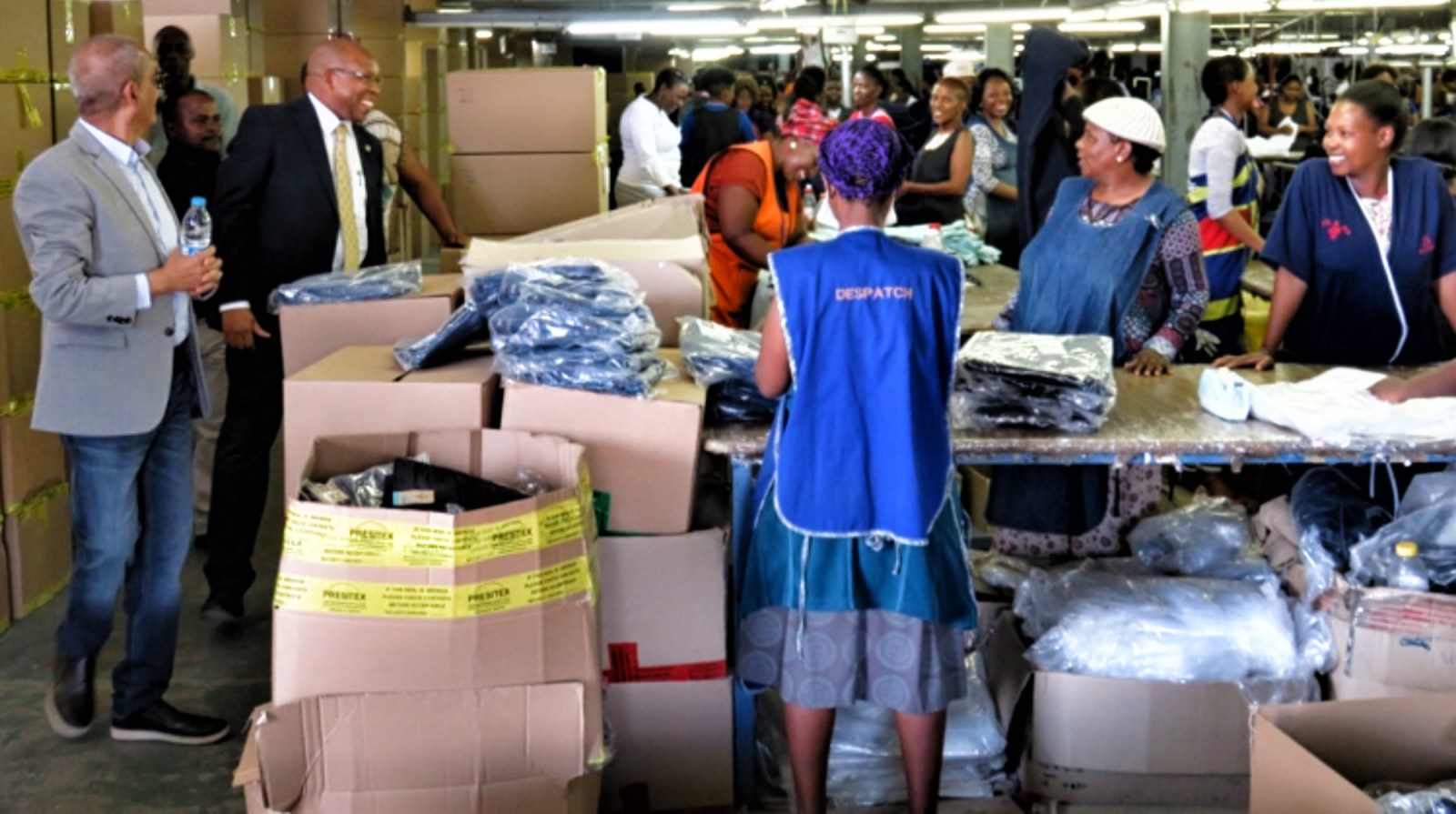 Moeketsi Majoro took over this week as Lesotho’s prime minister from the embattled Tom Thabane. How might Dr Majoro break the seemingly perpetual cycle of political instability and economic frailty in the mountain kingdom?

Even before the coronavirus, times were tough in Lesotho. Austerity measures were in place as economic growth was stuck at 1.4%. “We ideally need 10% economic growth,” said Moeketsi Majoro as finance minister last November. “Five percent will only just be enough.”

Majoro, who took over on May 20 as prime minister has a very busy to-do list.

He must unite a fractious political elite at a volatile economic time. To restore faith in government, and in the judiciary, he will have to follow due process regarding the murder charges against former prime minister Tom Thabane for the killing of his wife. The courts were sucked into fratricidal leadership battles as factions of the ruling All Basotho Convention (ABC) mounted challenges and counter challenges to remove Thabane.

Majoro, who holds a PhD in economics from Washington State University, and previously served as executive director for the Africa Group at the IMF and as minister of development planning, knows exactly what he’s getting into.

The case for diversification is not lost on the new prime minister: “It is very clear to us policymakers that it is time for a transition away from a public-sector driven economy to a private and investment-driven economy,” he said in an extensive interview with the Brenthurst Foundation in November last year.

Fractious politics is a function of a failing economy, and vice versa. Majoro has to strengthen the existing economy while finding new sources of growth and employment.

The political roller-coaster has not helped. Since Major-General Justin Metsing Lekhanya toppled Chief Leabua Jonathan’s government in January 1986, Lesotho has experienced not fewer than five prime ministers (three of whom have served more than one non-consecutive period in office) and two military heads of government.

Poverty is omnipresent in the mountain kingdom. Some 60% of rural Basotho live on less than $1.25 per day. As much as 80% of the rural population, two-thirds of the total, rely on agriculture for their livelihood, which remains almost entirely rain-fed. Declining crop production translates into food insecurity for nearly 40% of the total population.

Little wonder that Lesotho remains vulnerable to shifts in aid flows (some $120-million annually), rainfall patterns, the price of commodities, remittances and its share of tariff income from SACU. Donor borrowing had shot up nearly 20-fold from R63-million to R1.2-billion between 2017/18 and 2018/19, according to the official budget, while Lesotho’s current account deficit has worsened at the same time from 4.8% to 8.4% of GDP.

Slow growth in South Africa has compounded weakening revenues from the Southern African Customs Union (SACU), which traditionally supplied nearly half of government income, though it has fallen more recently to just one-third. As a result, the fiscal deficit has more than doubled over the last five years, to 5.6% of GDP, while public debt has increased to 47% of GDP from 39% over the same period.

This is compounded by stagnancy in investment inflows, at around $40-million annually. And those figures reflect a relative dearth of investment opportunities outside mining and the apparel sector. Lesotho’s low ranking on the World Bank’s Ease of Doing Business Index, at 122 out of 190 countries in 2019 for example, or its drop in Transparency International’s corruption index by nearly 20 places since 2010 to 78th position out of 180 countries does not help their cause or a narrative claiming Lesotho is a good place to do business.

It’s therefore unsurprising that many of Lesotho’s skilled population leave for South Africa, where as many as one-quarter live and work, including some 50,000 mineworkers. Also, that in recent years public sector employment grew while the private sector shrunk. The public sector wage bill equals half of the national budget, the highest ratio in sub-Saharan Africa.

Recovery and reform have been made more difficult by the coronavirus’s interference with global logistics. But there may be a silver lining in the mooted shift from global to local procurement.

Largely thanks to the US African Growth and Opportunity Act (AGOA), enacted in 2000, Lesotho has become a southern African garment manufacturing hub. As a result, Lesotho’s textile and apparel industry provides about 45,000 jobs, 70% of which are women, contributing not less than 10% of GDP.

By allowing duty-free imports into the US from Africa, AGOA has created a competitive advantage, as a result of which manufacturers that would otherwise have gone elsewhere, such as Bangladesh, Cambodia and Vietnam, on account of labour and logistics costs, are now able to discount their African cost base for the US market.

But this cost advantage is vulnerable to any change in US regulations. While AGOA has been extended and amended several times since its first phase (2000-2008), most recently until 2025, the arrangement is always vulnerable to political vagaries.

Diversification has helped reduce such vulnerabilities.

CGM, a Taiwanese-owned jeans manufacturer in Maseru, employs 3,000 people to manufacture half a million pairs of jeans per month, or 25,000 items per day in Maseru. Of the 19 apparel factories in Lesotho, CGM is the only one that has diversified away from the US market. When a second extension was enacted to last until 2012, CGM decided to get out of the risky business of supplying to the US and instead focused on the South African market.

The minimum monthly wage in Lesotho’s apparel sector is R2,200, one of the factors making the cost per unit “five times lower” than in South Africa.

“‘We calculated, at the time [in 2012], that the South African market was worth 700 million clothing units per year,” says their CEO, meaning that their 500,000 units would easily be absorbed by South African retail chains.

Lesotho today thus finds itself at a crossroads, needing new engines for growth, a better-integrated role for the state, and a dynamic private sector to help it seize opportunities in regional and global markets.

To get out of its development rut, Lesotho will have to accelerate a diversification agenda, using all of its assets – in tourism, farming, mining, the building of dams and sale of water to South Africa and, notably, in manufacturing. Expanding its lifestyle tourism offering, especially mountain-biking, is one possibility, as is the development of the mohair and wool industry. And as the new prime minister has noted, beyond apparel, “food crops… high value branded food crops” could be “a powerful story for Lesotho”.

The manufacturing sector, too, could be better leveraged in Lesotho’s search for jobs and growth. Wages are less than a third of what they are in South Africa, efficiency another 30% higher according to investors with experience in both geographies, corporate tax just 10%, and electricity both reliable and half the cost. One apparel investor who has made the move claims that the “cost per unit is five times lower in Lesotho than South Africa”. As South Africa’s major retailers seek to double the volume of local apparel on their shelves to 60%, Lesotho stands to benefit.

Lesotho’s prosperity depends on becoming much more attractive to business and thus competitive than its all-enveloping neighbour.

The kingdom could position itself at little or no cost to outperform SA in the manufacturing sector outside of textiles by fast-tracking work permits, allocating land for the next generation of industrial parks in public-private partnerships, pursuing free and preferential trade deals for Basotho products including with Asia and the US, and chasing fresh investment. It could even contemplate instituting an even more radical tax differential with its neighbour in shifting over to a transaction-based tax system. As the world contemplates a bigger, emboldened state post-coronavirus, Lesotho could stand out by positively moving in the opposite direction, towards greater public efficiency and a smaller tax burden.

The day after his inauguration, the new prime minister said his priority is, “first, to tackle coronavirus” and, second, “to address food security, in the short-term through food parcels and in the longer-term through improved production”. A third priority, he stresses, “is to deal with investment and jobs, especially jobs for the youth”. To address this, he notes, “we need to identify the right solutions and organise government in a way that it can create new efficiencies”.

Majoro reminds, however, that the biggest lesson he has learned about leadership is the need to address “the core problem, not the symptomatic ones”. He also knows that standing still is not an option for political longevity. DM

The authors are with the Brenthurst Foundation. The interview with Dr Majoro is available here.