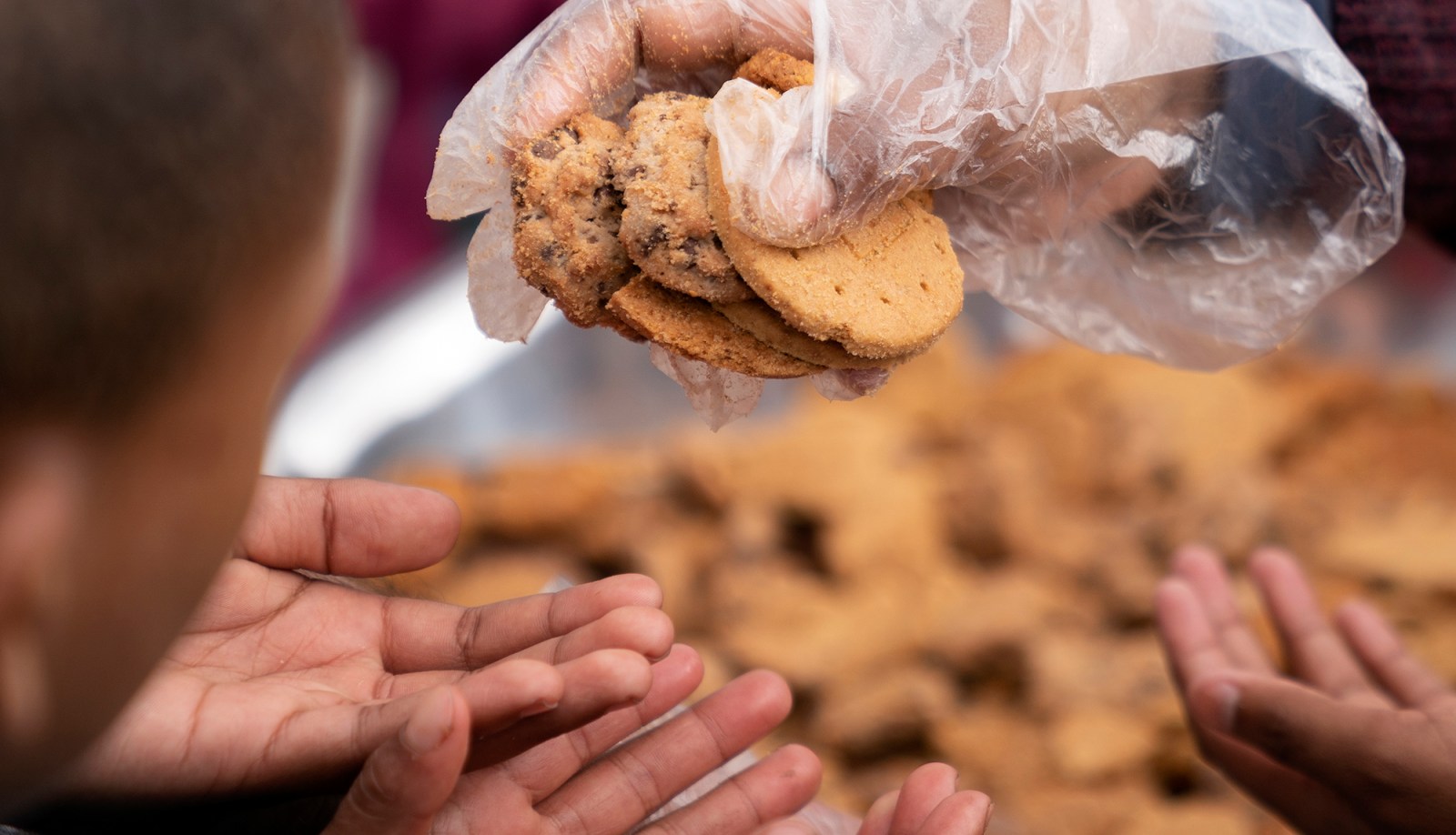 The fact that powerful Cape gangs have stepped in to assist communities with food is typical of the power wielded by organised crime networks who are essentially taking over the role of a state that is failing in its job, says the writer. (Photo: EPA-EFE / Nic Bothma)

A complete shake-up of the health system is imperative. It could start by cleaning out the Department of Health Augean stables of mismanagement and corruption, but it needs a major focus on prevention.

While your government acted with commendable alacrity in taking steps to curtail the spread of Covid-19, irrational regulations have resulted in other health problems and widespread hunger. Unsurprisingly, inefficient and corrupt government departments have been found sadly lacking in handling lockdown, and regulations relating to bans on cigarettes and alcohol have driven our weak state further down the road to a mafiocracy.

I write this open letter to you as a social anthropologist and bioethicist who has spent the past 40 years researching, writing and teaching – including to medical students – about South Africa.

It seems to me that some of your medical advisers have lost sight of the holistic nature of health:

“A state of complete physical, mental and social well-being and not merely the absence of disease or infirmity” (World Health Organisation definition).

Mind and body are so closely entwined that in rare cases even a belief of having been bewitched can lead to death (“voodoo death”) and emotional stress and depression may weaken the immune system. The unavoidable financial losses of many due to necessary lockdown restrictions, and debt, may cause severe stress. Physical activity – including walking and communing with nature – can play a role in ameliorating stress, yet walking alone or with dogs in streets, parks or beaches was inexplicably banned.

The risks associated with smoking are well known but some nicotine addicts suffer extremely serious symptoms, injurious to mental and physical health, when suddenly denied access in resorting, as many do, to contraband products addicts may damage their health even more than when they smoke their regular brands.

The ban on alcohol bears closer scrutiny. With the likely exception of indigenous American societies (who accessed hallucinogens), all human societies have used alcoholic drinks for social and ritual purposes for millennia. History shows that prohibition never works, but simply diverts income from state coffers to organised crime networks. We know that alcohol is a factor in violent crime, including drunk driving. However, imposing blanket bans is a manifestation of autocratic, not democratic governance, since it fails to accord citizens respect as autonomous adults. We mandate the police and the courts to prevent crime and deal with criminals, so much of the blame for alcohol-related deaths on the roads and homicides lies with their failure to fulfil this mandate. So, moderate drinkers in their own homes are being punished because of the failure of organs of state to police roads and taverns properly.

If the shadowy National Coronavirus Command Council is so concerned about unhealthy consumption, why has it not banned sugary drinks or fast food with notoriously high salt content, both of which contribute to our diabetes epidemic? Why does your government ignore the death rate from pollution, including the countless deaths from respiratory illnesses of people living near coal mines?

The most devastating consequence of failed government planning relates to access to food. From my personal interactions with communities in KZN, hunger has been widespread for weeks. An increase in levels of malnutrition is inevitable, and may have long-term consequences, especially for children (many of whom are already stunted) and pregnant women.

People prioritise access to food over travel to clinics to collect chronic medication, which they may be reluctant to take on empty stomachs. Government food relief has, with exception (primarily Sassa) been badly organised, insufficient, and hijacked, with apparent impunity, by corrupt councillors for their own depraved benefit. To make matters worse, irrational restrictions on NPOs or even groups of women wanting to run neighbourhood soup kitchens, have hampered the handout of food.

At the start of the lockdown it was announced that parliamentarians would be doing “constituency work” but the food fiasco, yet again, reveals their conspicuous absence from where they are needed. The fact that powerful Cape gangs have stepped in to assist communities with food is typical of the power wielded by organised crime networks who are essentially taking over the role of a state that is failing in its job. Why is your government feeding these networks? Who is benefiting?

The first lesson should be obvious: lift the ban on tobacco and liquor immediately, because state coffers, which have already lost billions to crime, are in desperate need of every cent they can get. With exceptions – since some councillors are doing their best under trying conditions – the Covid-19 pandemic has facilitated continued looting as it provides a justification for emergency procurement. Your government’s credibility will stand or fall on what action it takes, if any, against corruption.

We also need to know what you are going to do about clawing the country back from the filthy clutches of organised crime, since this is another area in which its failure has been conspicuous.

Finally, a complete shake-up of the health system is imperative. It could start by cleaning out the Department of Health Augean stables of mismanagement and corruption, but it needs a major focus on prevention.

Surely the annual death toll from TB (63,000 in 2018) is an emergency, especially as it is known that the disease is a corollary of social ills such as inadequate housing, sanitation, and water. How can people in shack areas – and many rural areas – lacking water, practice basic steps (frequent hand and mask washing) to prevent the spread of the virus?

Your government has failed people because, instead of engaging with them to build and maintain their own homes – eg, shack upgrading, site-and-service schemes and maintenance in hostels not fit for human habitation – you have diverted obscene amounts of money to political cronies to build poor quality houses. Community partnerships is the route to take if you want to “de-densify”. Work gives people dignity that they do not get from reliance on handouts.

Finally, your government’s obsession with Cuban training for doctors insults South African medical professionals who pioneered primary health care decades before 1994, starting with the Valley Trust at Nyuswa, near Durban. It was ahead of its time at looking at sanitation issues, and offered holistic health care, with its workers being versed in both allopathic and traditional medical interventions. What do Cuban health workers know about the mind/body health relationship in African medicine?

Surely, Mr President, you as a UDF luminary, recall the work of Namda, its professional medical affiliate, whose 1985 conference theme was “Towards Health Care for All”. Why was all the input of local medical professionals ignored after 1994? We need to know who in your government is benefiting from excessive expenditure on Cuban training.

It will not be easy to take the steps I have suggested since they involve considerable policy shifts – but the health of the nation, in the widest sense, is at stake. DM

Mary de Haas is a violence monitor and analyst from KZN.