Evictions: When is a shack occupied and when is it not? 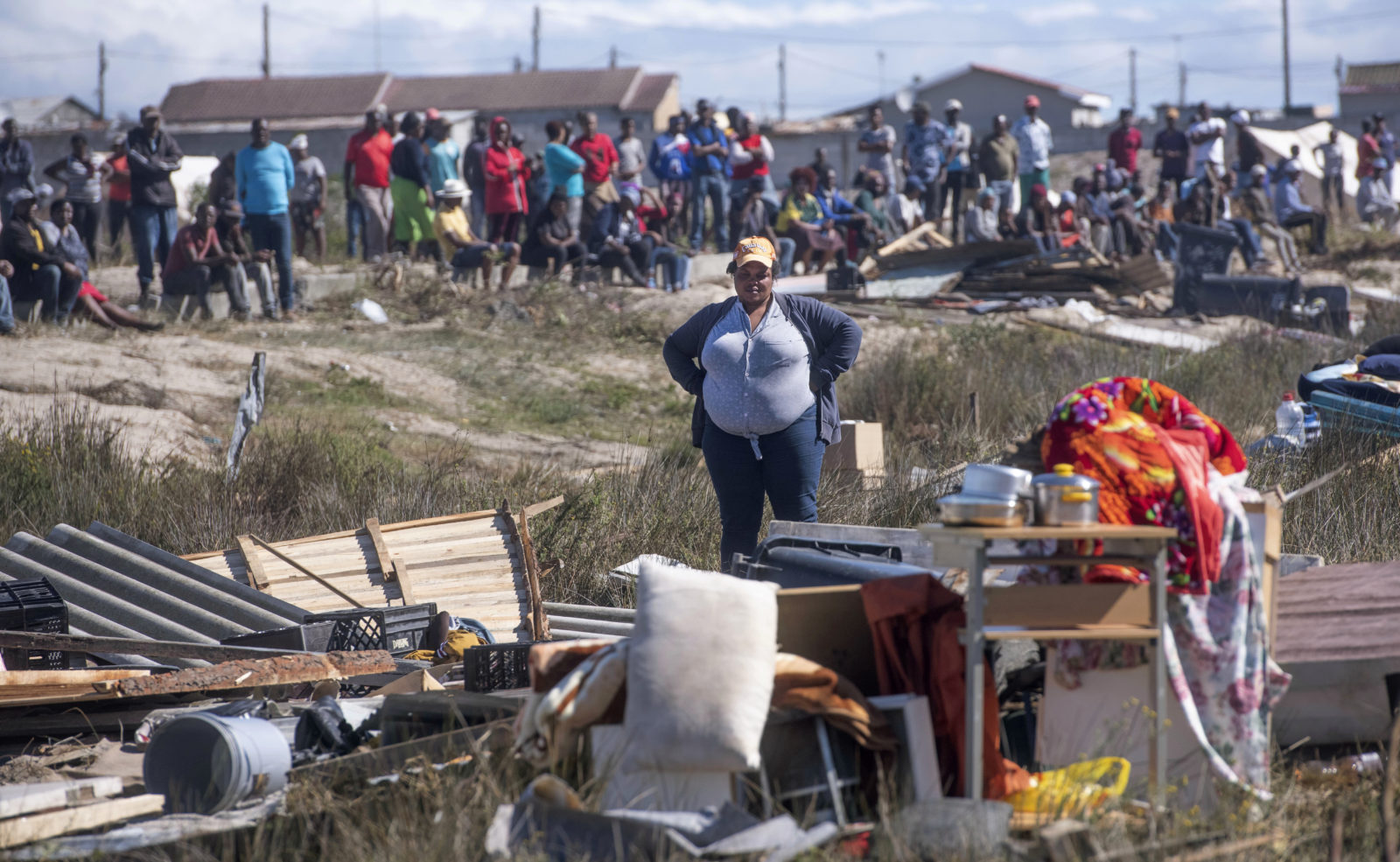 Sisanda Nyanga stands around her belongings after her home was demolished and removed from Empolweni last month. Archive photo: Brenton Geach

The battle to find out which criteria are used by the City of Cape Town.

When is a shack occupied and when is it unoccupied? The question is important because the law says that shacks which are occupied cannot be demolished without an eviction order. It is especially important in lockdown, when evictions are expressly forbidden. Yet it is surprisingly difficult to find out exactly what criteria are used by the authorities to decide.

On 28 March, following calls from civil society, Justice Minister Ronald Lamola announced that there would be a moratorium on evictions during the lockdown period.

But on 11 April, the City of Cape Town’s Law Enforcement officers demolished some 30 shacks in Empolweni. When our reporter arrived on the scene after the demolitions had taken place, he saw beds, paraffin stoves, blankets and other personal belongings strewn around, suggesting that people had been living in the shacks.

At the time, Mayco Member for Human Settlements Malusi Booi said this was not an eviction. He said the court had granted the City an order (in 2018) to remove “unoccupied and unfinished structures in line with the provisions of the law and based on advice from legal professionals”.

“These structures were illegally erected on City-owned land. Land invasions are illegal,” he said.

In response to the City’s actions, the Legal Resources Centre brought an application before the Western Cape High Court on behalf of 49 families affected by the ALIU’s actions, arguing that this action was an effective eviction, and contrary to the lockdown’s no evictions rule.

In an affidavit, Jason Buchener, Senior Field Officer in the ALIU, confirmed that the City had demolished 42 structures at Empolweni on 9 April and 56 on 11 April. “All of the structures which were dismantled by the contractor were vacant” and “contained no possessions”, he said.

Buchener also described what he called a “staged” occupation, in which people were placing furniture inside structures while the ALIU was in the process of tearing them down.

“One could see that nobody occupied the structures [n]or that it constituted a home. We also saw people carrying items of furniture and placing it in structures while we were present at the property.”

In his affidavit, Empolweni resident Nkuthazo Habile claimed that he and his family had lived on the site since November 2019, when they were forced to leave rented accommodation in nearby Makhaza. According to Habile, most of the 49 households that went to court had moved onto the land in March 2020, though some did move after the lockdown commenced.

The Prevention of Illegal Evictions Act defines a building or structure as “any hut, shack, tent or similar structure or any other form of temporary or permanent dwelling or shelter”. An unlawful occupier is “a person who occupies land without the express or tacit consent of the owner or person in charge, or without any other right in law to occupy such land”. There is no definition of when a shack is occupied and when it is not.

The Constitutional Court has said that completed structures are likely to be occupied.

In the case of the Lamontville shack-dwellers in eThekwini, KwaZulu-Natal, whose structures were destroyed 24 times by the municipal anti-land invasion unit, Judge Raymond Zondo wrote, in his evaluation of whether these shacks were occupied: “The fact that there were completed structures on the property makes it likely that there were people living in those structures.”

In an attempt to find out how the City of Cape Town distinguishes between occupied and unoccupied shacks, GroundUp asked the City the following questions on 16 April:

In response to these questions, Booi provided the following answer:

“Each case is assessed on merit and also in terms of legal prescripts consonant with the provisions of the Prevention of Illegal Eviction Act. This is what determines the interpretation. To note: This is not an eviction and we act within the parameters of the existing court order and legislation. The case is before the court and the law must take its course. The City asks all stakeholders to respect the legal process that is under way and to give the court space to deal with the matter.”

“In Khayelitsha [Empolweni], the City removed illegally erected unoccupied structures in accordance with an interdict that prohibits further and attempted invasion on the site in question. This was not an eviction in terms of the Prevention of Illegal Evictions Act.”

On 14 April, Judge Brian Hack ruled that 130 people in 49 households should be allowed back onto the land and should have their building materials restored to them. In response, the City interpreted Judge Hack’s relief as being granted for “humanitarian” purposes. DM