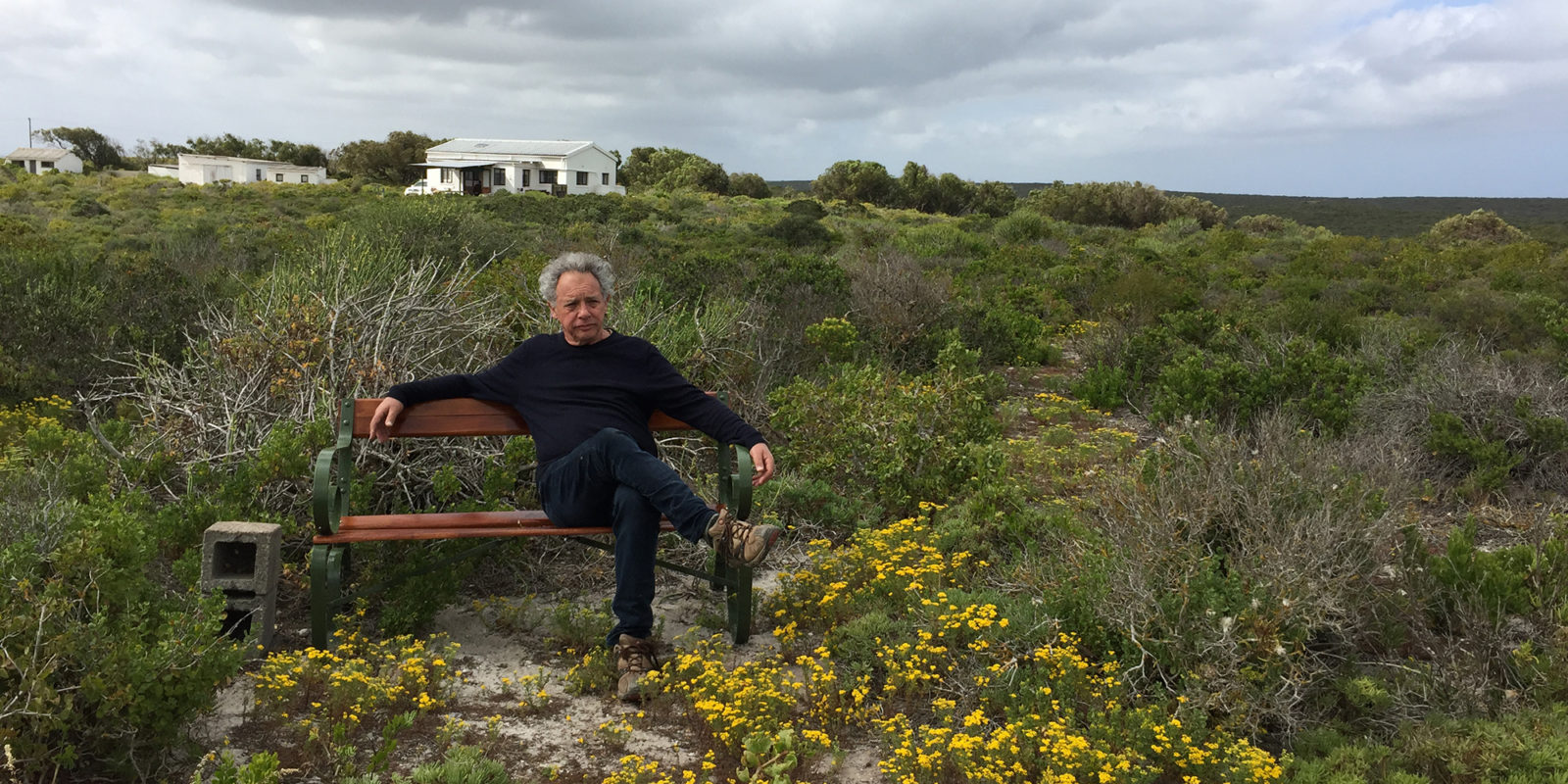 Covid-19 has made us feel like we are in a disaster movie. Mostly, the trouble has stayed at a safe distance, but if it comes for you it barges in with all the belligerence of an apartheid security police raid. It came for documentary filmmaker Laurence Dworkin on the night of Sunday 17 May after he had fought it for two weeks.

Laurence Dworkin knew how to fight. He learnt all about that in the 1980s as a founder member with Rapitse Montsho, Nyana Molete and myself of the VNS/Afravision video collective. It was a semi-clandestine video unit set up to document the uprisings sweeping South Africa. Start-up funds came directly from the ANC in a plastic bag handed over to Laurence in a backstreet London market. At that time, the act of receiving these funds carried a guaranteed hefty jail term. But Laurence knew about this risk and we all embraced it as we aimed to document what was for us the unfolding of the South African Revolution.

Our contact with the ANC had started a few years previously, while we were filming the 1981 anti-Republic Day protests. The National Party was making a big hoo-hah about the 20th anniversary of Republic Day and in the townships around Joburg, activists were tentatively emerging from the post-1976 police crackdown. There were small meetings in churches and school halls that built towards an anti-Republic Day mass gathering at Regina Mundi in Soweto.

Working with local activists, we had filmed the build-up, the emerging new spirit, on 16mm film. Regina Mundi was packed and heaving with song until police fired teargas through the back and side doors and riot police came charging in at all angles.

Our film of this time was, in retrospect, naïve and propagandistic. But making it spun us off on a path that led to the formation of VNS/Afravision. Laurence was the key figure in bringing us all together. He knew more than the rest of us but never let that get in the way of making joint decisions. Right from the start, he was a man who could hold things together in a way you hardly noticed. He had done time in solitary confinement and at the edit tables of mainstream TV companies. He once joked that he wasn’t sure which of these was worse, but either way, it led him to believe that film had a role to play in realising a post-apartheid South Africa.

VNS was up and running in 1985 with the uprisings in full swing in townships across the Vaal Triangle, in Mamelodi, Leandra, Kwanobuhle and the Eastern Cape. We filmed wherever there was a story to tell and Laurence, patient as ever, steady as a ship in the night, edited the clips to be couriered to London where we had set up Afravision as a distribution company. Afravision supplied the footage of police action, funerals, community meetings and strikes to the world’s TV stations including South Africa Now in the US, and to the ANC for distribution through its structures.

There was a State of Emergency in South Africa that effectively banned the airing of footage of police action or unrest. Foreign TV channels could be kicked out of the country if their crews had filmed material that contravened the regulations. Afravision’s weekly feeds plugged a gap and somehow the ruse that the source of the footage was unknown held.

VNS built links with the trade union movement, filming the launch of Cosatu and the wave of industrial strikes in the second half of the 1980s. Once again, Laurence was at the helm, editing video pamphlets that were shown by union organisers in their local branches.

As the mass democratic movement built up, VNS brought in young activists to train as filmmakers. The team grew and our downtown Joburg office in the shadow of the Sanlam Centre felt like a post-apartheid cultural experiment where ideas and languages were traded and mixed. We were young, committed film activists who were confident that liberation would come and South Africa would become a just and more equal society. The hope and belief was palpable.

When we set up VNS in South Africa and Afravision in London, those in the know said we would only last a couple of months before the Security Police closed us down. We expected the worst and constantly shipped copies of the archive out of the country.

But our luck more than held. The unit continued filming through the heady days when the ANC leaders were released from Robben Island and Nelson Mandela walked out of Victor Verster Prison and onto the Parade in Cape Town.

By 1995, VNS, the unit that would not have happened without Laurence Dworkin, had built the most in-depth and comprehensive archive of the 1980s Struggle period. It had been a blast, a wild, high-energy ride that culminated in the first democratic elections.

By then, VNS had included many – Nat Kekana, Joe Mogotsi, Fassie Molefe, Teddy Mattera, Seipati Bulani-Hopa, Jeremy Nathan, Masepeke Sekhukhune, Justin Mthembu and Shareef Cullis. But with the election and the move of the ANC into government, it was Laurence who suggested that we had always been an oppositional video unit and that perhaps it was as good a time as any to call it a day.

Laurence’s journey into political filmmaking came from a desire for a better world. This impulse steered him to then start working on films about land and conservation. He moved to Cape Town, bought a rooibos tea farm in the Northern Cape, met the love of his life, Louise Rabe, and although his life changed gears and settled, his struggle was not over. He was soon involved as a producer in the Steps For The Future documentary series on the HIV-AIDS crisis in South Africa, helping version these films into different languages and running training workshops in southern and East Africa.

Wherever Laurence went he made a difference. All his work in film involved sharing skills and mentoring new filmmakers. The big South African issues might have slipped into the background as he recalibrated and focused on the world around him and what could be changed for the better. He started producing a collection of environmental films under the “Caretakers” banner, became involved in the running of his Cape Town neighbourhood park and in the Northern Cape his arrival on the Bokkeveld farm, Blomfontein, was a game changer. He helped form a co-op with a number of small-scale rooibos farmers and his passion for this living landscape led to the first private nature reserve being declared in the Northern Cape on his land. His legacy at Blomfontein is a model of collaborative small-scale farming.

All those who ever met or worked with Laurence Dworkin will remember him as a man with immense generosity and humility. From working with him in the rough and tumble of the 1980s when we were shot at in Alex, Mamelodi, and Kagiso, arrested in Soweto, Pretoria and Cape Town, to the more recent walks in the mountains with our dogs and sharing of pavement coffee while the world slid by – every moment of this is now precious.

Covid-19 has hit where it hurts, and as novelist Lionel Shriver says, it does feel like we are in a disaster movie but the only difference, she says, is that we are on the wrong side of the screen and there will be no happy ending for our favourite characters.

Laurence is survived by his wife, Louise Rabe, his stepchildren, Claus Rabe and Emmylou Bailey, and his world-changing grandchildren, Lila, Sebastian and Adriana. DM

Brian Tilley worked with and shared a friendship with Laurence Dworkin for 40 years. He is a film director based in Cape Town. For links to some of the films from the archive, visit: https://youtu.be/ZahkRw-LhFg and http://afravision.com/history-uncut/ and afravision.com