Can Lesotho’s Majoro maintain his majority? 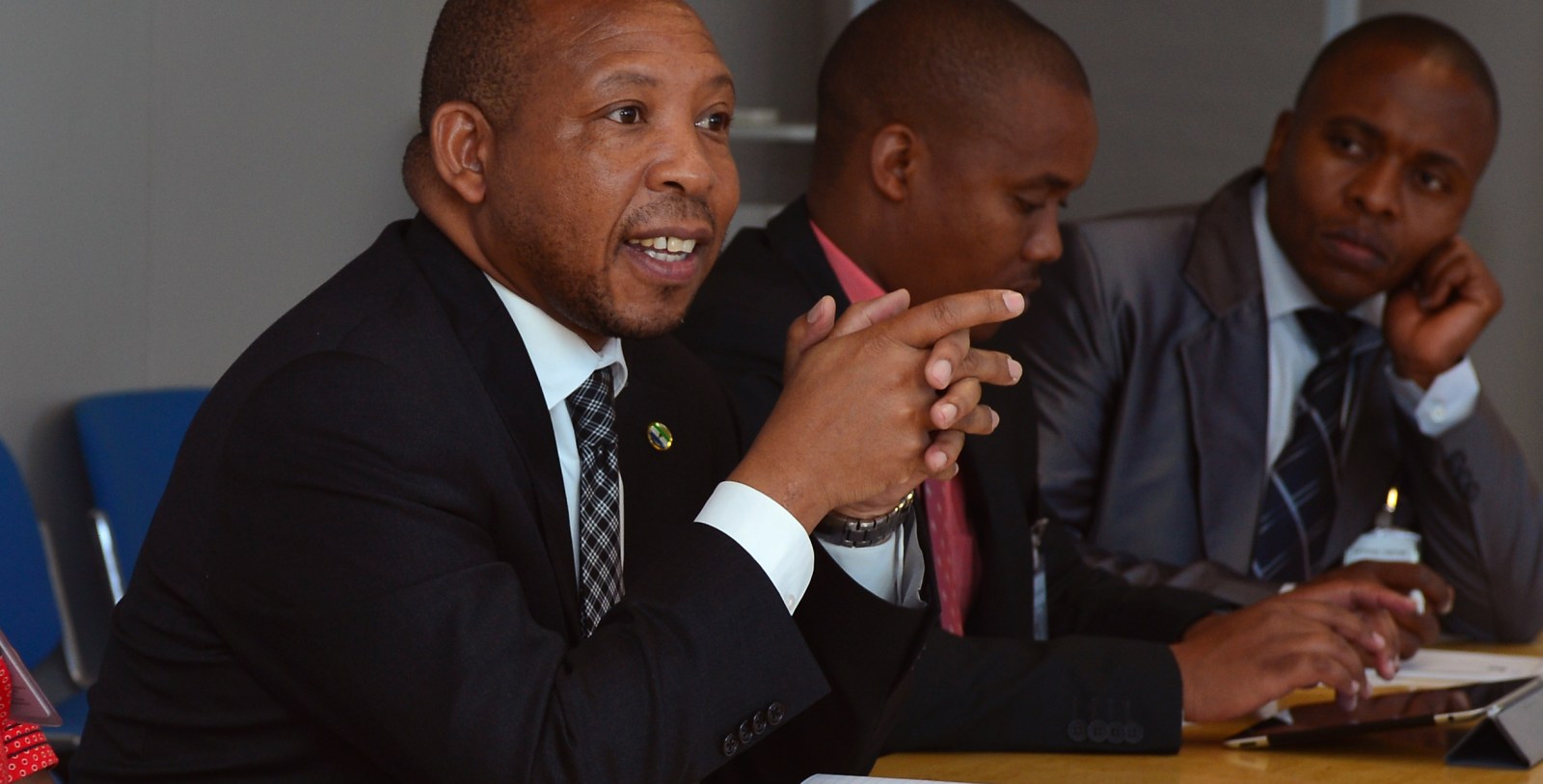 File Photo of Moeketsi Majoro, then Minister of Development Planning, Kingdom of Lesotho during a meeting with Senior Officials of the IAEA during the Minister's visit to the IAEA headquarters in Vienna, Austria. (Photo Credit: Dean Calma / IAEA)

Tom Thabane is finally gone, but inherent tensions in the new governing coalition could blow it apart.

While the rest of the world has been fighting the lethal coronavirus, Lesotho has over the past few months focused on trying to get rid of a different problem – prime minister Tom Thabane. It finally achieved that this week when former finance minister Moeketsi Majoro was sworn in as new prime minister, a day after Thabane resigned.

Thabane evidently quit after the Council of State delivered the blunt message to him on Monday: resign or face a vote of no confidence in the National Assembly. Thabane had become an embarrassment to his own All Basotho Convention (ABC) party and its coalition partners. His second wife Maesaiah and he were accused by police earlier this year of complicity in the murder of his estranged first wife Lipolelo in 2017.

The hope is that with the Thabane imbroglio seemingly past, the country will at last focus on its deeper problems. These are not only Covid-19, but also poverty and underdevelopment. The country’s reform process has also effectively been on hold as Thabane and his political enemies duked it out in the public arena.

The European Union, a major development benefactor, is encouraged that the transition of power was peaceful and constitutional. Its ambassador Christian Manahl told ISS Today: “We hope that the government led by PM Majoro will be stable and that it will focus on the urgent priorities, notably Covid-19, the reforms and economic recovery.”

But the country’s recent political history, with seemingly endless government changes and even a military coup attempt in 2014, suggest that the Majoro government will be exceptional if it meets such expectations. Especially because the new governing coalition has some serious fault lines.

On the face of it, Covid-19 paused to allow Lesotho to sort out its political issues. The country has just recorded its first infection – although many doubt that Lesotho has the technical capacity to really discover the extent of the disease.

The national dialogue and reform process launched in 2015 under the auspices of the Southern African Development Community (SADC) through then South African deputy president Cyril Ramaphosa is poised for implementation. It was launched after soldiers killed former army chief Maaparankoe Mahao. Parliament must now draft and consider legislation to put the recommendations of the national dialogue process into effect.

The reforms aim to end the chronic political and security sector instability that has plagued Lesotho for the past decade or so. If the country gets a breather from messy party politics now, will it be able to press ahead with these reforms? And will that prevent a repetition of the instability of the past few years and beyond?

The national dialogue’s recommendations include depoliticising the army and police. These security agencies have been aligned with different political factions for a long time. In August 2014 it was the police backing Thabane, while the army was behind his opponents. So when he replaced army chief Tlali Kamoli with Maaparankoe Mahao, Kamoli sent his soldiers after Thabane and forced him to flee to South Africa.

But by this year the allegiances had switched. Last month Thabane called out the army to protect him, in what some Basotho called a coup attempt. The courts had instructed him to reopen Parliament, which seemed likely to lead to a vote of no confidence against him.

It was later revealed that Thabane had ordered the army to arrest the national police commissioner. The police chief had fallen foul of Thabane, not least by arresting his second wife Maesaiah and threatening to arrest him for complicity in Lipolelo’s murder. The army chief refused.

Among the measures to depoliticise the army and police are neutral processes to appoint their heads, to prevent them becoming de facto militias of rival political factions. The constitution would also be amended to clarify that the army in particular should not perform police functions such as arrest.

Such security sector reforms wouldn’t address all the country’s instability though. Some of that instability derives from the parliamentary and voting system. Lesotho’s previous first past the post (FPTP) electoral system led to over-representation of the ruling party in Parliament. This precipitated charges of vote rigging, street protests, a near coup and a bloody military intervention by South Africa in 1998.

Those events prompted Lesotho to change to a mixed voting system, combining FPTP with proportional representation. That seemed to work for a while but then created its own instability with a proliferation of parties, none of which could win a majority in Parliament. So coalition government became the norm, but the coalitions were all inherently unstable as a shift in the allegiance of a junior coalition partner could collapse the government.

The proposed reforms try to address these issues by preventing floor crossings, beefing up the constituency element and establishing thresholds to limit the number of parties in Parliament. They also propose to slash the number of parliamentary seats from 120 to 80. Whether such mechanical reforms will stabilise Lesotho isn’t certain. Regardless, some stability is required to allow the reforms to be enacted and implemented.

Can the sprawling new coalition that Majoro now leads achieve that? Majoro is a technocrat, not a politician, and he started out well on Wednesday by slashing his cabinet from 26 to 17 full ministers.

But there are worrying tensions in his coalition and concerns that he lacks the political nous to address them. For example the ABC senior coalition partner and the second biggest partner, the Democratic Congress (DC), disagree over the fate of former army chief Kamoli. He is in prison for murdering his rival Mahao in 2015. At that time Kamoli was the army chief appointed by a DC-led government.

So the DC wants him out of jail but the ABC insists he should serve his term. Is that a dealbreaker? Another worry is that Thabane has insisted on remaining ABC leader – because Majoro wasn’t properly elected. This could create another source of instability.

One seasoned and sceptical observer of the Lesotho political scene remarked drily: “If we can just get to the next scheduled elections in 2022, that will be an achievement.” DM