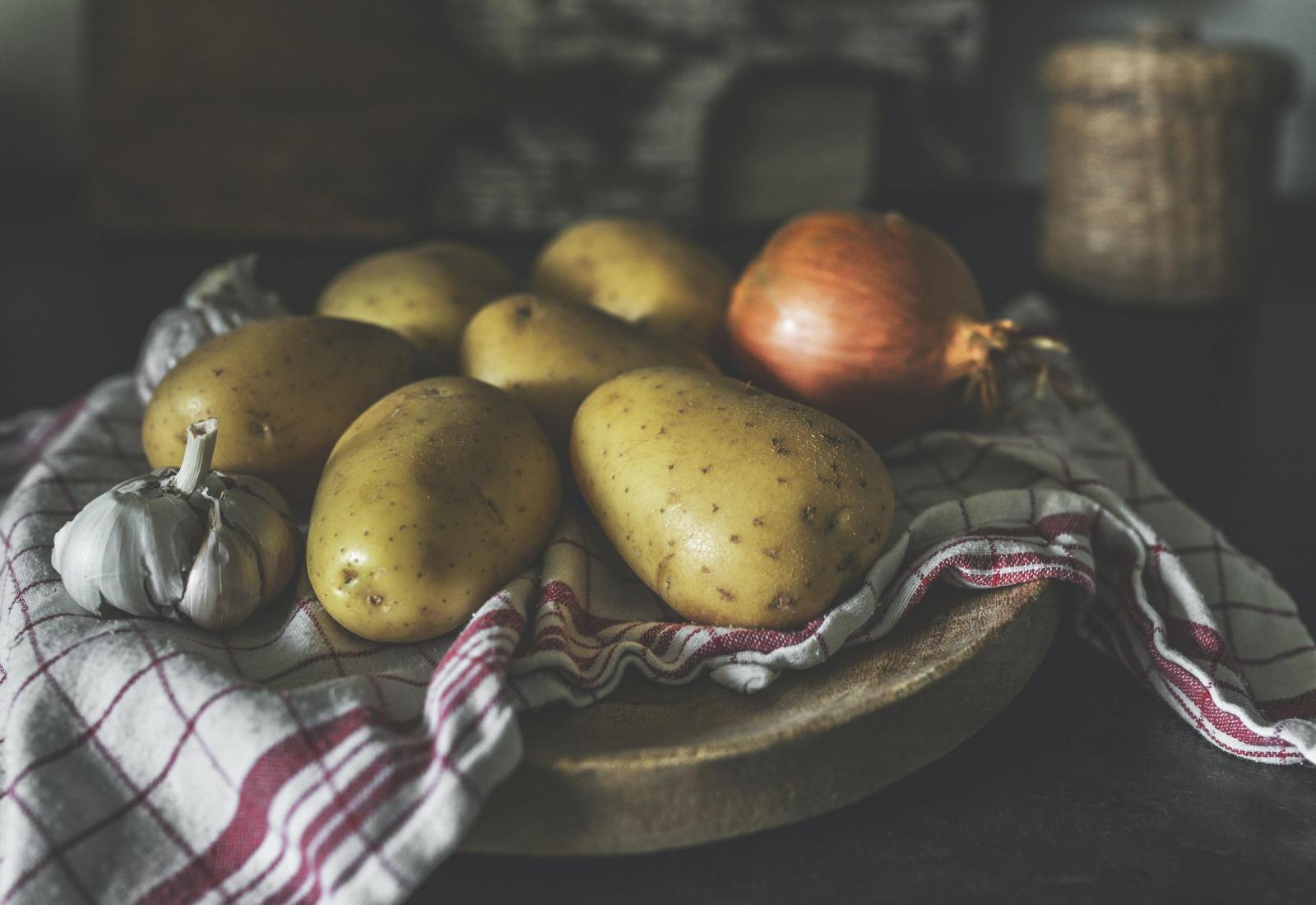 Only a handful of crops can lay claim to the kind of influence the common potato has had on human history.

When feeling fancy, perhaps in an effort to impress dinner guests, or a partner, or just to indulge one’s taste buds, one might add a stick of butter, maybe a dollop of cream, a sprinkling of parmesan, and a dash of salt to a pot of cooked potatoes, before mashing the whole thing up, and serving it with other likely less historic vegetables; and maybe a piece of fish? Or chicken? Or any other protein of choice.

On days when healthful nutrition is not top of mind, one might grab a pack of MSG-laced potato crisps. And should one pop into a fast food joint, a burger is not quite heart-stoppingly complete without a side of French fries or potato wedges. Whether you bake them, boil them, fry them, roast them or gnocchi them up; is there a vegetable more egalitarian, more versatile, more consequential than the common potato?

It wasn’t always the ubiquitous staple food it is today, in fact, even though the people of the Peruvian Andes started domesticating and cultivating the potato some ten millennia ago, its epic influence on human history is a fact of only the last seven centuries.

It was the primary ingredient in the diet of the Inca empire in the 14th Century, and then came the Spanish colonisers who just about decimated the Inca population. During that process they came across the potato, which they took back to Spain with them in the 16th Century, and now – after this very condensed history of the potato journey – four centuries later, it is the world’s fourth most cultivated crop after rice, wheat, and maize. And it has played a central role in famines, colonialism, wars, and even a bit of superstition.

In the beginning, there was poison

In his 2009 “big history” book, The Untold History of the Potato, author John Reader puts the potato domestication period at around 8000BC, as do many other historical texts on the beloved spud.

The pre-Inca Quechuan people of the Andes in South America were the first to domesticate hundreds of wild potato varieties. Those earlier wildlings high up in the mountains were bitter, due to poisonous toxins, glycoalkaloids if you want to be specific. However, the hunter-gatherers of the time noticed that animals like monkeys would eat a bit of clay with these toxic spuds, which would then bind to the toxins to ensure they would pass through the system undigested.

This became one of the ways in which the Quechuans ingested potatoes. Over hundreds of years, through their harvesting practice, they selectively bred non-toxic varieties of potatoes. By the time of the Inca empire, one of the more popular ways to detoxify and eat potatoes was as chuño, which is basically freeze-dried potatoes.

In the high-altitude of Andean mountains, the potatoes were left to freeze in below zero-degree winter weather over a few nights, before being manually crushed by trampling, then soaked in a river and then dried in the sun. Chuño can last for years and be rehydrated and used in a variety of ways, like flour, in desserts, and as thickener for soups and stews.

When some of the Spanish colonists journeyed back to Spain after all but annihilating the Inca, they brought potatoes on their ships for sustenance, and eventually planted them when they got back to their home country in the late 16th Century.  By 1600, the potato had entered Spain, Italy, Austria, Belgium, Holland, France, Switzerland, England, Germany, Portugal and Ireland. And over the following centuries, as the British Empire embarked on their world-wide colonist project, the potato spread to Asia, Africa, India, China and Japan.

The fear of the spud

As written in The Cambridge World History of Food: “The Swiss botanist Caspar Bauhin first described the potato in his Phytopinax (1596) and named it Solanum tuberosum esculentum. He correctly assigned the potato to the nightshade family, but otherwise provided a highly stylized, rather than scientific, drawing and gossiped that potatoes caused wind and leprosy (probably because they looked like leprous organs) and ‘incited Venus’ (that is, aroused sexual desire), a characterisation that led to folkloric names such as ‘Eve’s apple’ or ‘earth’s testicles’. Such unhealthful or undesirable characteristics probably contributed to potatoes being avoided in Burgundy (reported in John Gerard’s The Herball, 1597) and in other parts of Europe.”

It would take at least another century before Europe totally embraced the potato. Ultimately, it was a series of catastrophic events, from extremely cold weather to wars, that led to the potato’s moment in the sun as it were. The harsh European winters in 1709 and again in 1740, caused damage to other crops, but potatoes continued to grow, as a result more were cultivated. Then there was ‘The War of Bavarian Succession (1778 – 1779), nicknamed the Kartofffelkerieg (Potato War), as soldiers were found living off the land by digging up potatoes as they went through the countryside.

That war would be the eventual catalyst for the potato’s popularity in France, where French pharmacist, AA Parmentier who had been a German prisoner of war forced to subsist on potatoes, championed the potato as anti-famine food upon his return to Paris. Different leaders across Europe would go on to push for the large-scale planting of potatoes as an anti-famine food which produced two to four times as many calories per acre in comparison to other popular grains like maize and oats.

By the 19th Century, potatoes made up a huge part of the European diet. Shortly before the beginning of the famous late 19th Century Irish potato famine, when an infestation destroyed some three-quarters of the country’s potato crops over seven years, the crops occupied some two million acres of land, and a 13,6 million ton harvest was expected.

As for the African continent, although the 17th Century settlers brought some to South Africa, and the Spaniards had taken some to the Canary Islands in the century prior, it wasn’t until the late 19th Century that the potato became a staple food. That said, the continent has a number of root vegetables that were popular long before the potato.

Meanwhile across the seas in the west, North America embraced the potato in a fashion very similar to Europe, and even added its own twist in the late 19th Century with the addition of potato crisps, whose origin story is still a matter of debate as not to be worth repeating.

In the low carb 21st Century, the potato has taken a lot of heat, and not the kind that makes it tasty. I submit that our lack of moderation and our own actions, be it deep-frying, excessive salting and msg, are to blame for less nutritious and oh-so-delicious iterations of the spud. Each to their own. This is a no-judgement zone.

But the potato itself, a root vegetable so malleable that the Peruvian potato agriculture pioneers were able to literally detoxify it, is a gift which has come a long way from high up in the South American mountains. It has travelled through the world over centuries in the company of good and evil men. It has fed all sides and sustained their wars; it sustains the poverty stricken, as it continues to make regular appearances at the most refined tables, seemingly unstoppable. Is there a vegetable more egalitarian, more versatile, more consequential than the common potato? DM/ML