Covid-19 ‘is an African governance crisis’ 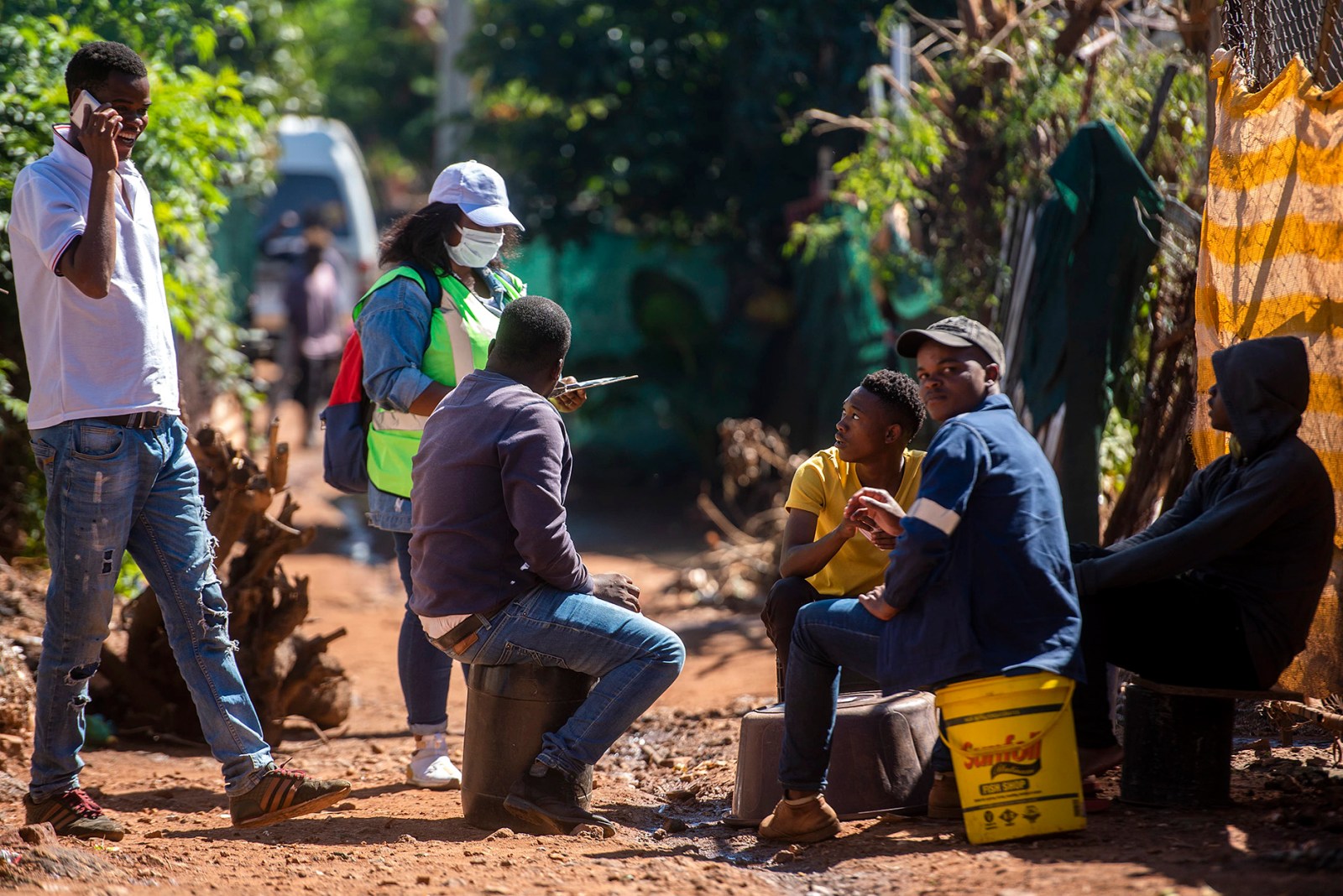 In the wake of Covid-19, a governance crisis is emerging which could impact on the way that Africa is able to respond to the pandemic. So says Dr Ngozi Erondu, Chief Executive for Project Zambezi, a public-private partnership created to improve access to essential medicines throughout sub-Saharan Africa. Liz Clarke spoke to her in London this week about the evolving health challenges facing Africa.

South Africa’s multifaceted response to Covid-19 has been harsh – overly harsh some have suggested – but nevertheless, so far effective. The scale of community testing for the virus is unprecedented and there is a growing belief that the spread of the virus will not overwhelm the country’s health systems in the coming weeks and months.

But there is a caveat to all of this. New data emanating from countries to the north, including Mozambique, Zimbabwe, Kenya, Tanzania and Nigeria show that testing for the virus is worryingly low, which means that unless there is a co-ordinated approach to restrict movement from border countries when lockdown ends and the free flow of people resumes, the risk of renewed outbreaks coming from neighbouring countries is inevitable.

Even a small number of infected people entering the country, legally or illegally, could seed additional cases and create a new outbreak, which would need to be rigorously contained. This can only happen if South Africa continues to test and do contact tracing. The alternative would be a continued sealing of all borders, which is almost impossible to do and is certainly not a long-term solution.

A Lancet viewpoint paper published recently outlines some of the big Covid-19 issues facing the African continent and how a disproportionate global response makes the spread of viruses that much easier in an interconnected world.

Dr Ngozi Erondu, the Chief Executive for Project Zambezi (a public-private partnership created to improve access to essential medicines throughout sub-Saharan Africa), is a lead author of the paper and explains that what the Lancet viewpoint set out to highlight was the critical need for Covid-19 testing supplies in Africa.

“Because of the poor health systems in many countries, testing and containing small outbreaks is the only way to get ahead of the virus. Unfortunately, large manufactures are catering to the huge orders from North American and European countries, largely excluding African and other low- and middle-income countries.”

Erondu, who is currently Fellow at Chatham House in London, says the premise that the paper’s authors put forward is that every life has equal worth and yet the global allocation of testing and other resources currently means that some are forced to wait, while those ahead in the global procurement line take precedence.

It is entirely foreseeable that many countries will be locked out of the market, according to the authors of the Lancet paper.

“Governments have structured the global trading system and they have the power now to ameliorate its ill effects during a crisis. This is an ethical imperative, but also a shared interest; the Covid-19 pandemic has taught us that unaddressed outbreaks in one part of the world put people throughout the world at risk.”

While rolling out testing, tracing and care across Africa will not be easy, increased funding from national governments and donors is a matter of urgency. The authors also call for a regional co-ordinated push to invest and set up test kit manufacturing in countries like South Africa, Kenya and Morocco.

While the governance crises and the competition to access scarce medical supplies rage on one side of the globe, the authors point out that Africa even with its inadequate health resources has the capability to undertake large-scale testing. In Kenya for example, which has only managed to do 16,738 Covid-19 tests, health workers were able to do 2,177,170 HIV tests during 2019.

What the authors warn against is a repeat of the Aids pandemic when lifesaving diagnostics and drugs came to many African countries long after they were available in Europe and North America.

Even where money was available, many African health authorities were unable to obtain the Aids supplies needed as geopolitically powerful countries were able to mobilise economic, political and strategic power to procure stocks for their populations.

“We fear the same thing would happen with the monopolising of vaccine markets,” say the Lancet authors, who suggest that the demand for masks, gloves and other personal protective equipment face similar dynamics.

In the view of the paper’s authors, the need for testing cannot be disputed. Testing strategies, they point out, are key to improving economic and social hardship, concentrating resources and allowing more targeted interventions.

“In many high population density African megacities, distancing is not feasible. Where informal employment is common, the social and economic consequences of shutdowns will be severe. Many people face food insecurity and economic crises amidst lockdowns. Targeted interventions, informed by testing, are needed to allow day-wage workers to work and children who are at a higher risk of a number of factors (including violence and malnutrition) to return to school.”

… a partnership, led by Institut Pasteur in Dakar, Senegal, is advancing a prototype affordable rapid test that could be produced in the millions.

While rolling out testing, tracing and care across Africa will not be easy, increased funding from national governments and donors is a matter of urgency. The authors also call for a regional co-ordinated push to invest and set up test kit manufacturing in countries like South Africa, Kenya and Morocco.

“There is an opportunity to build up manufacturing on the continent now,” says Erondu. “It is also important that South-South relationships be strengthened; many Asian countries, like India, could supply African countries.”

Africa leads much of the world in community healthcare networks that could be mobilised for the hard work of communication, testing and contact tracing with laboratories in 43 African countries geared to do Covid-19 testing. South Africa provides a formidable example of leveraging existing expertise in community testing, and treatment of HIV and tuberculosis for Covid-19 testing.

In this regard, Polymerase Chain Reaction (PCR) testing platforms would not be able to scale up production fast enough. A WHO-validated rapid diagnostic test could do the job faster and cheaper. Meanwhile, a partnership, led by Institut Pasteur in Dakar, Senegal, is advancing a prototype affordable rapid test that could be produced in the millions.

External funding streams, the authors suggest, could be channelled through existing mechanisms like the Global Fund, which opened a new mechanism to receive and distribute funds for Covid-19 on 9 April 2020. All it needs now is a buy-in from global leaders and the securing of open access to newly developed products, and fair pricing, which will require co-ordinated action by WHO and national governments. DM/MC

Liz Clarke is an award-winning former Aids and health science writer for the Sunday Tribune now based in the Western Cape and writes in her private capacity for several publications, focusing on health science, education and technology.