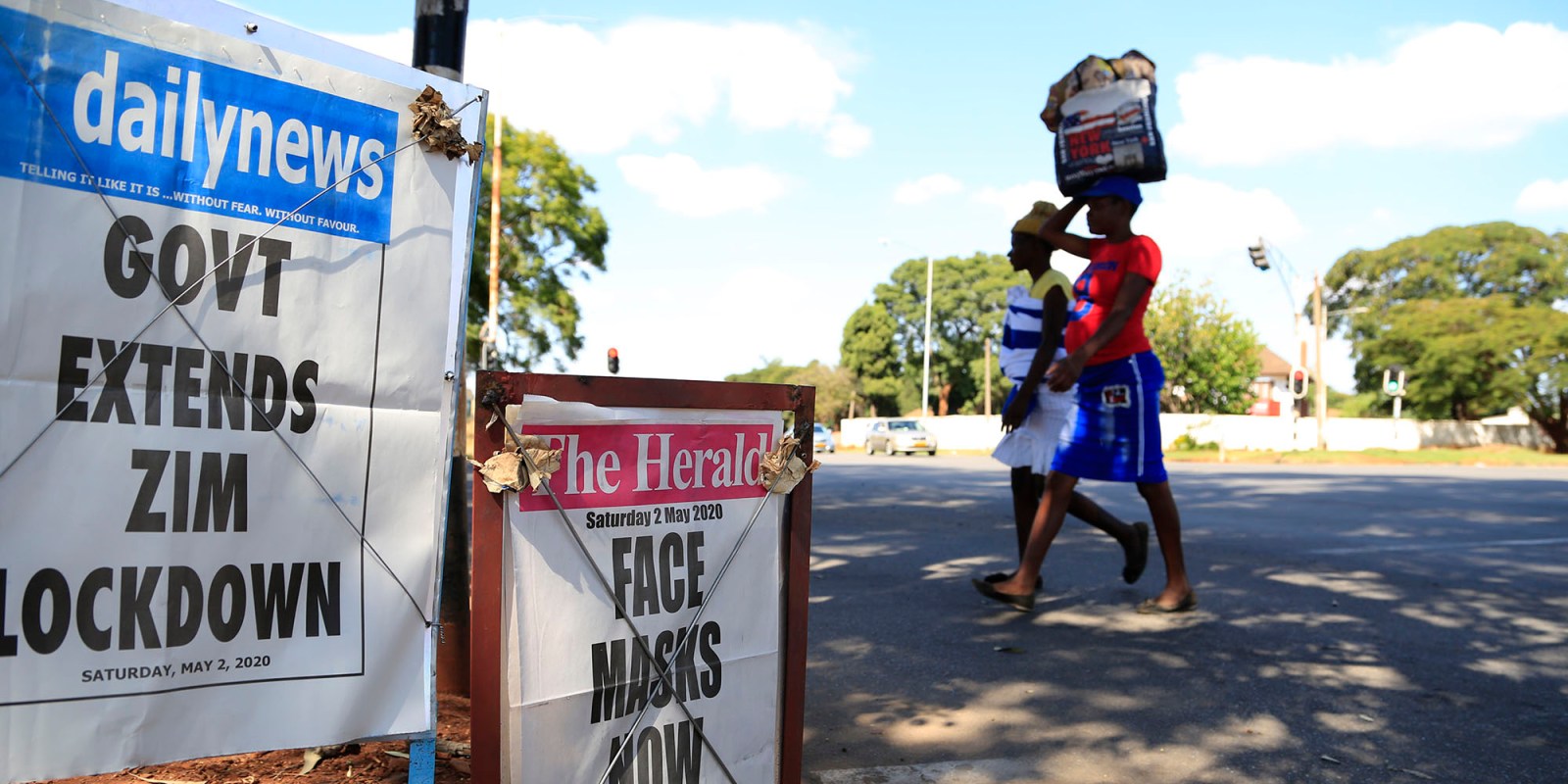 Zimbabwean local authorities are struggling to provide potable water to residents, and central government has failed to ensure the availability of the precious resource, says the writer. (Photo: EPA-EFE / Aaron Ufumeli

Women in Zimbabwe bear the brunt of the erratic water supplies in most urban centres as they are forced to fetch the precious resource from overcrowded boreholes that lack effective protection from the spread of the coronavirus.

There were stampedes on Monday at water points in Harare as hundreds of women scrambled for their turn to fetch water without access to sanitiser, making them susceptible to the coronavirus.

Most cannot afford face masks and there are no sanitisers at the boreholes, while physical distancing guidelines are not followed.

Local authorities are struggling to provide safe potable water to residents, and the central government has failed to ensure the availability of the precious resource.

“There is nothing we can do because council [Harare City Council] is failing to provide us with water,” said Chipo Chirenje, a mother of four from Dzivarasekwa in Harare.

“We have now gone for five days without the water, yet we are supposed to maintain high levels of hygiene. For us it makes no difference really because living without water will also expose us [to the risk of illness].”

She said while she was concerned about contracting the disease, she was left with no choice as she had to make sure there was enough water for domestic use.

“Authorities should provide us with the necessary supplies to help us contain the virus,” she said.

Mary Marufu of Kuwadzana said they had been supplied with chlorine at the beginning of the lockdown but it ran out after a few days.

“The other thing is that we wake up as early as two o’clock in the morning and there would be no officials at that odd hour to sanitise us,” she said.

Hardlife Mudzingwa, director of Water Alliance Zimbabwe, said both central and local government had failed to make potable water available and competition for the limited water resources forced people to ignore the restrictions on gatherings.

“We have a patriarchal system in our country which has confined women to non-paying jobs like those of fetching water, so it is women and young people who queue at public water points to access water and this has compromised their safety against this pandemic.”

Mudzingwa said joint efforts were needed to ensure public water sources remained safe and were used following lockdown rules. His organisation had launched a civic education programme to raise awareness under the hashtag #creatingsafewaterpoints which would see the establishment of water point committees to help enforce the lockdown restrictions.

He said boreholes were problematic as women congregated there, and if one person had the coronavirus, it could easily spread.

“The implications of transmission become scary… but if people were accessing water from the taps it would have prevented the possibility of transmission,” Mudzingwa said

He said it was disturbing that the government had not prioritised the water sector in its allocation of resources to fight the pandemic.

“My assessment on the ground in terms of contribution of what has been donated to government is that there has been nothing to benefit the citizens. What I have witnessed is distribution of consumables by international organisations. I have not seen the resources they [government] have gathered being channelled to the water sector,” he said.

“This is unfortunate, given the fact that handwashing is the main prevention method when it comes to Covid-19.”

The City of Harare is producing between 190 and 208 megalitres of water per day against a daily demand of 1,200 megalitres, with authorities hinting they were working at improving production to around 300 megalitres per day, just a quarter of the daily requirements.

“Resorting to boreholes as main access points has caused crowding and the majority of the boreholes have no sanitisers, but there are frantic efforts being made by ourselves and international non-governmental organisations like MSF, GIZ and Oxfam to avail hand-washing facilities so that before people touch any infrastructure at the boreholes they wash their hands under running water with soap,” Mudzingwa said.

Harare city councillor for Dzivarasekwa Ward 40, Stephen Dhliwayo, said the current intermittent water supplies, and shortages of water treatment chemicals, were a result of macro-economic issues which were causing poor economic performance in all sectors.

“As ward councillor, I am working with the ward development committee and churches to repair and commission solar-powered boreholes which we hope will help ease the challenges faced by our residents.”

Zimbabwe has so far conducted 31, 589 tests, with an official total of 46 confirmed cases, 18 recoveries and four deaths. DM