On Tuesday, it was announced that schoolchildren in grades 7 and 12 will return to classrooms on 1 June. Meanwhile, the Eastern Cape health department gave an update on its readiness to deal with an increasing number of Covid-19 cases and mining executives have said that universal testing in mines is not possible. The United Nations has praised South Africa’s ‘strong’ response to the pandemic and the Springboks have launched a raffle of their World Cup kit to financially support food aid.

Swipe through the gallery below to view the latest Covid-19 numbers available on 19 May at the district level. All maps are sourced from provincial health departments; however, KwaZulu-Natal, Free State, Northern Cape and Gauteng did not provide updates by the time of publishing:

The list of government call centres and hotlines was updated on Tuesday: 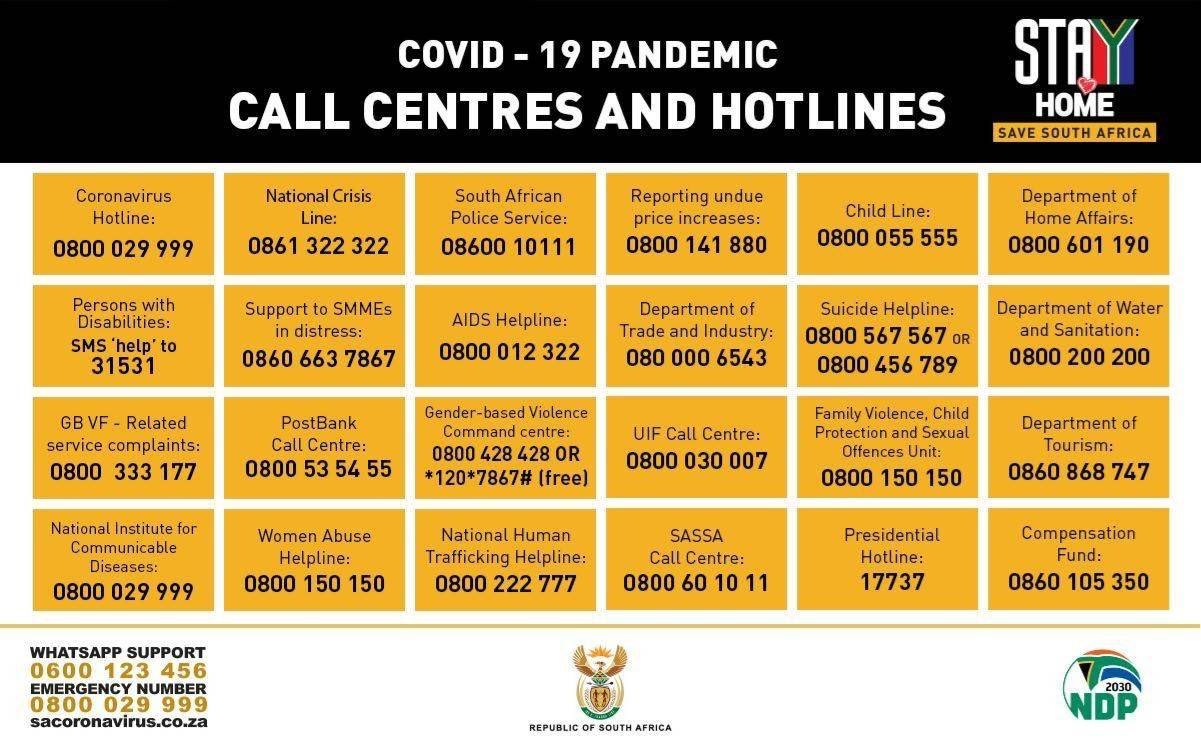 On Tuesday evening, Basic Education Minister Angie Motshekga gave an update about the reopening of schools. School management teams and teachers will return to schools on 25 May. From 1 June, schoolchildren in grades 7 and 12 will begin returning to class in public and private schools. Other grades will be phased in. Parents who wish to keep their children out of school can do so but must continue homeschooling them. Pupils will be screened daily.

Learners, teachers and support staff will all go through orientation and training when schools reopen and a revised school calendar will be gazetted soon. The matric curriculum will not be cut and dates for exams will be released soon.

While the number of confirmed Covid-19 cases keeps increasing, the Eastern Cape health department is trying to act quickly with limited resources to contain potential “superclusters”. At present, the province has only 66 ICU and high-care beds. Most field hospitals and isolation facilities are still being planned and opposition parties have raised red flags over the department’s “technical insolvency”.

In addition, 60 health workers have tested positive for the virus while five police stations have temporarily closed. This all came to light during Premier Oscar Mabuyane’s presentation to President Cyril Ramaphosa this week. 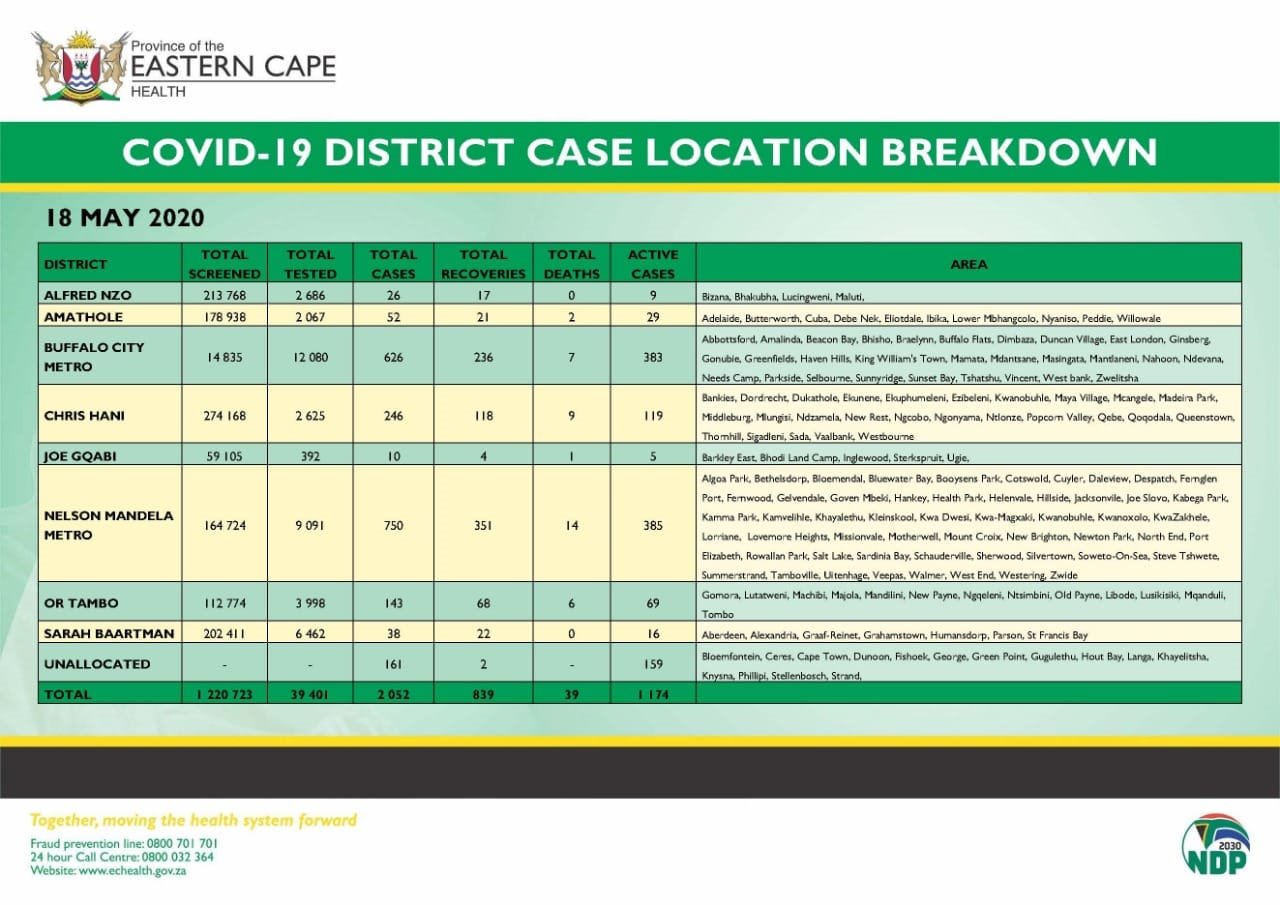 Mabuyane says the province is launching a mass education campaign and rallied political parties, religious community organisations and traditional leadership to assist the government in its response. As Estelle Ellis reports, millions are being spent on increasing bed capacity in different districts and safeguarding agriculture to pull the province through.

In addition, the province has requested Ramaphosa’s help to resolve the impasse with the Western Cape over the transportation of bodies for burial.

Meanwhile, the department’s superintendent-general, Dr Thobile Mbengashe, has asked the national government to keep hotspots in the province on strict lockdown. He said the lockdown has given them some space, but they have more work to do. Estelle Ellis reports that he used exact figures to explain the predicted trajectory of the outbreak in the province to make this point.

The mining sector must provide universal testing of all mineworkers as the “only way to curb a possible crisis in the sector”, said the Association of Mineworkers and Construction Union on Monday, 18 May. They argue testing is needed to detect asymptomatic cases before workers go underground. However, industry executives told Business Maverick’s Ed Stoddard on condition of anonymity that they don’t see how this will be possible as it is too expensive to test each miner every day.

Meanwhile, the United Nations has praised South Africa’s response to the Covid-19 pandemic. The secretary-general, António Guterres said the response was “strong” and that “necessary” measures were taken. He understood the frustration of those wanting to reopen the economy immediately, but he said the government was on the right track.

The Springboks have started a raffle for 44 items donated by players to raise funds for feeding schemes such as Food Forward SA and Gift of the Givers. They took inspiration from their World Cup score, 32-12, to sell 100,000 raffle tickets for R32.12 each. Those who buy tickets stand the chance to win memorabilia from the tournament donated by the players. So far, Siya Kolisi has put one of his World Cup jerseys into the prize pool. DM