Our message to the World Health Assembly: Ignore Trump, protect the right to health, save lives 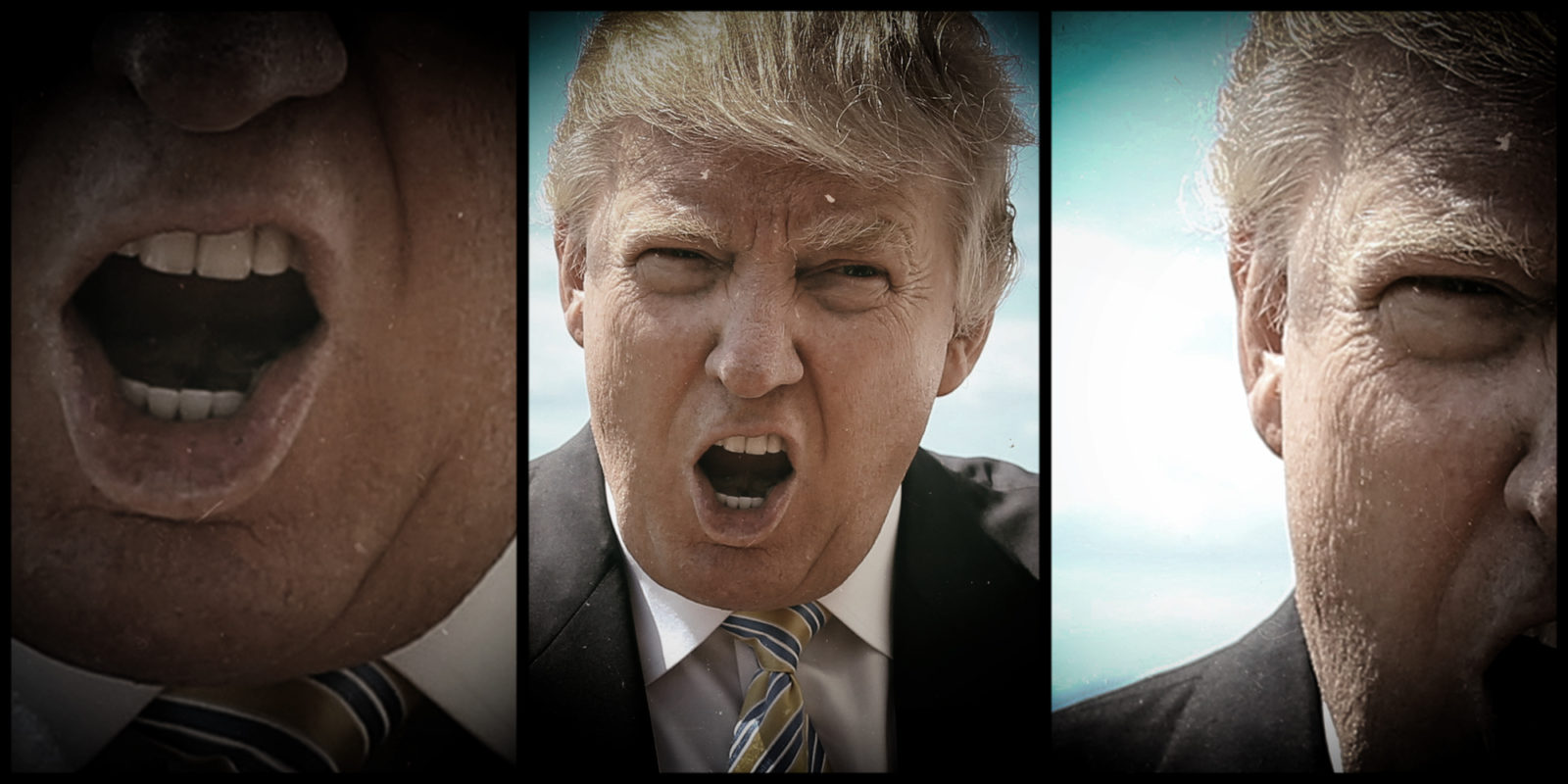 This week it is likely that the world will record its five millionth confirmed Covid-19 case – and yet the pandemic has very far from run its course.

Starting in a wet-food market in Wuhan, China, late in 2019, the SARS-CoV-2 virus has now spread to 216 countries. The virus has globalised. However, as the world faces its greatest crisis of the last century, global coordination, planning and political leadership has been most visible in its absence.

In the words of a report released on Monday by the Independent Oversight and Advisory Committee (IOAC) for the WHO Health Emergencies Programme:

“No single Member State can hope to defeat this virus solely with the tools that exist within their own borders. Yet there has been a palpable lack of global solidarity and common purpose. That is a recipe for extending and worsening the global outbreak, leaving all countries less secure. A successful pandemic response hinges on interconnected global systems and networks: of scientific expertise, medical supply, trade, innovation, and production.”

Sadly, countries like the US that in the past, rightly or wrongly, were expected to step up to play a leadership role in global health crises like this one, have acted as impediments to saving lives. Some of the world’s leading powers have been captured by nationalist and inward looking elites, epitomised by the foolish President Donald Trump, whose agenda is better served by a nation-eat-nation world than the vision of a United Nations.

Not only have they failed on the global stage, but their countries have suffered the worst and least managed epidemics, be it in Britain, the US, Russia or Brazil. Populism and public health clearly don’t make good bedfellows.

In this context, on Monday the World Health Assembly (WHA) the annual decision-making body of the World Health Organisation (WHO) began in Geneva, Switzerland. The WHA usually lasts two weeks. This time it has been shortened to two days and will take place virtually.

But it remains vital.

In the vacuum of political leadership a greater responsibility than ever falls on the WHA and the WHO. As a global gathering it comes at a crucial moment to map the way forward, and mobilise resources, in the world’s response to SARS-CoV-2.

Globalisation needs a strong WHO and a Human Rights Framework

The WHO was founded on 7 April 1948 (now World Health Day), the same year in which the United Nations adopted the Universal Declaration of Human Rights.

The departure point for the WHO’s constitution is: “The enjoyment of the highest attainable standard of health is one of the fundamental rights of every human being without distinction of race, religion, political belief, economic or social condition.” To this end the UN gave the WHO unparalleled power, including “to propose conventions, agreements and regulations” … that is, to make international law when necessary.

Way back then, it was already understood that human health could not be protected or advanced purely within national boundaries.

In the 72-year history of the WHO, this year’s WHA is taking place in unprecedented circumstances. Covid-19 is a viral pandemic long warned of by the WHO and public health experts (and obvious even enough to script writers of Hollywood films like Contagion). Its time was bound to come. It is the type of cataclysmic event the WHO was designed for.

Now it must prove itself.

In the past the WHO has been justifiably criticised for being slow off the mark. Under poor leadership it grew into a cumbersome bureaucracy, lethargic and distant from the coal face of human health. To begin with it was unable to rise to the threat presented by the HIV epidemic, in part necessitating the creation of UNAIDS. In 2014/15 it was roundly condemned for its slow response to the Ebola epidemic in West Africa.

More recently activists have warned that the WHO has been captured by corporate interests such as the Gates Foundation whose huge financial contributions have bought an elite family undue influence over its policy and operations. It is also vulnerable to influence by big pharma, big tobacco and big alcohol.

But despite this, quietly, often unbeknown to 99.99% of the world’s population, the WHO has played an important role over many years in setting standards for health. Most famously, it led in smallpox eradication. More recently, one of the most important programmes was the development and adoption of updated legally binding International Health Regulations in 2005 – regulations many states have failed to follow during the Covid-19 crisis.

Although the WHO’s response to Covid-19 has been scrutinized, this time the criticism has mainly been for the wrong reasons and by political leaders for whom the WHO represents an anti-dote and an anathema to their vision of a lawless world based on money and the survival of the fittest, men who are against a democracy of nations.

Let’s be clear Donald Trump had the WHO in his sights long before Covid-19.

The US was already behind on its payments to the WHO and Trump’s suspension of the US’s assessed and voluntary contribution (over $500-million) was probably inevitable. Vladimir Putin, Jair Bolsanero and Xi Jinping probably share similar sentiments.

But we cannot be distracted by the antics of public health denialists.

That is why it is good that the 73rd WHA started with a strong keynote speech by WHO Director-General Tedros Ghebreyesus who told the Assembly that:

It was also good to hear President Ramaphosa, speaking on behalf of SA and the the African Union, pledging to:

“… support the initiative by the WHO together with many governments, non-profit organisations and industry leaders to speed up the development and production of vaccines and therapeutics, and to ensure that they are distributed quickly and equitably across the globe”.

Ramaphosa’s comments referred to a matter that will be at the centre of the WHA’s deliberations. Later on Tuesday there will be discussion on a resolution, tabled by over 40 states, including the African Group and the European Union, that aims to ensure that the benefits of scientific breakthroughs in developing treatments and vaccines for Covid-19 are distributed equally across the world.

To this end the draft resolution commits WHO members to:

“Work collaboratively at all levels to develop, test, and scale up production of safe, effective, quality, affordable diagnostics, therapeutics, medicines and vaccines for the Covid-19 response, including existing mechanisms for voluntary pooling and licensing of patents to facilitate timely, equitable and affordable access to them, consistent with the provisions of relevant international treaties including the provisions of the TRIPS agreement and the flexibilities as confirmed by the Doha Declaration on the TRIPS Agreement and Public Health.”

Linked to this is a commitment brokered by the WHO on 24 April to an Access to Covid-19 Tools Accelerator and a proposal by Costa Rica to create an intellectual property pool (similar to the Medicines Patent Pool) for Covid-19. On Monday Precious Matsoso, the former director-general of SA’s Health Department and now a member of the WHO’s oversight committee, told Maverick Citizen:

“No one expected the annual ritual of processing health policy would be convened in such an uncharacteristic manner to make an extraordinary decision, by passing a resolution that will change the course of our fight against Covid-19. It will change how global health policy will be made in future because it has drawn the interest of Heads of States.”

These are among the reasons why civil society organisations have called on the world to rally behind the WHO.

We agree with them.

The WHO has many flaws, but it is our job to fix them and insist on accountability, urgency and the centrality of human rights in the global response to health.

Therefore, at this WHA the best response to Trump and other nationalists is to ignore them; the rest of the world must go ahead to develop an ambitious global plan and response to Covid-19 which will save millions of lives, tackle inequalities and be a cause of inspiration and energy to people around the world.

That way, we can look forward to the day when countries like the US, under a different government and mandated by people who have seen the failings of populism and nationalism, seek readmission to a global community of nations based on the recognition that health is a fundamental human right.

There’s no time to waste. DM/MC