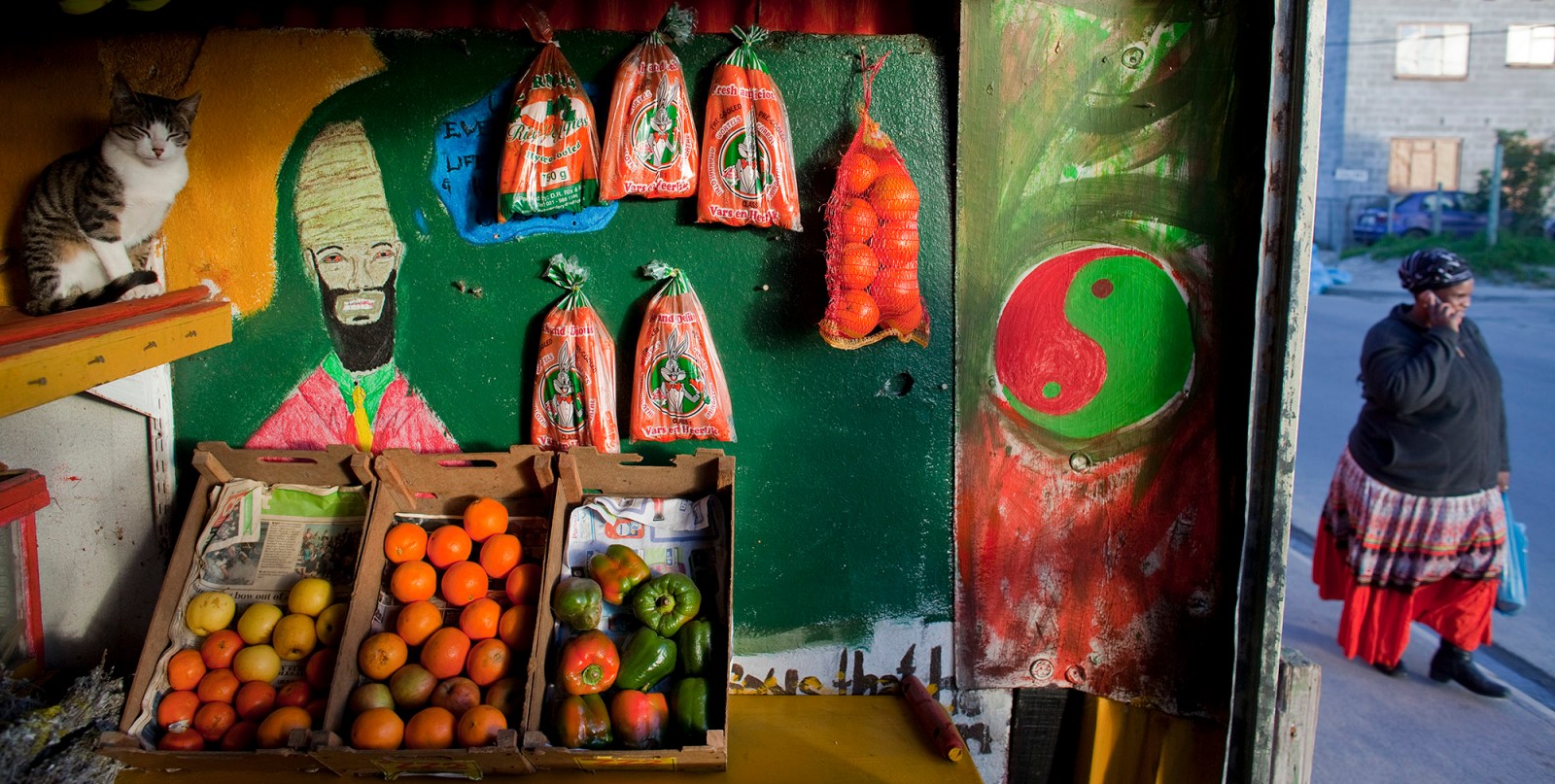 After South Africa went into lockdown Gauteng informal traders have had to contend with the uncertainty brought on by stay-at-home orders and poor communication from government officials. (Photo: EPA / Nic Bothma)

For years, informal traders in Gauteng have engaged in discussions with government structures to address the precarity of their work. When the nationwide Covid-19 lockdown commenced, the livelihoods of informal traders took a severe blow. Despite the long-standing relationship, the local government’s hands-tied response to their plight has left a bitter taste.

Nearly a month into the country’s lockdown, President Cyril Ramaphosa outlined a relief strategy for workers in the informal economy. But a month later, Gauteng’s informal traders have not received any indication of relief.

South Africa’s informal sector contributes to the livelihoods of 2.5 million workers and business owners. Despite its value, the work of those in the sector is often overlooked. Gauteng’s informal traders have for years engaged with local government structures to advance their cause as precarious workers. However, after the country went into lockdown, informal traders, who previously relied on regular meetings with local government representatives, have had to contend with the uncertainty brought on by stay-at-home orders and poor communication from government officials.

Lulama Mali is the Acting Chairperson of the Johannesburg Informal Traders Platform (JITP). The 70-year-old informal trader has been at home since the lockdown commenced. After the National Coronavirus Command Council (NCCC) announced in early April 2020 that informal traders may return to work, Mali decided to remain at home.

“I have decided to stay at home because a lot of people are not back at work at the moment, so I figured I would return to my table when they return to their offices. Because they are our customers on the streets,” she explains.

Mali sells an array of socks, stockings, hats and jewellery in downtown Johannesburg and has been an informal trader for 25 years. Two of her four children are unemployed and live with her at their home in Alexandra township. Before the lockdown, Mali says she often had to return home without a single sale for the day.

There are good days and bad days on the streets, says Mali. Often while packing or unpacking her goods, thieves exploit her busyness to make off with her goods. These are some of the struggles Mali had grown accustomed to before the arrival of Covid-19.

However, the outbreak of Covid-19, which has disrupted lives and livelihoods across the country, has all but gutted the income of traders like Mali. Weeks after lifting the no-work order placed on informal traders, many are still at home without a sliver of salvation in sight.

“I wrote a letter to the department of economic development, asking how they can assist our members, but I have not received a response to this day,” says Mali, who often represents members of JITP in meetings with the City of Johannesburg.

Over a month after sending her letter to the City of Johannesburg’s economic development department, Mali has not received a response and has been unable to provide adequate feedback to members of her organisation.

In the letter, Mali highlights the plight of the organisation’s 1,810 members who are traders across seven of Johannesburg’s markets.

“We were comforted when the State President announced that there will be a Relief Fund available for the Informal Sector but surprised when our leaders were not approached for engagement to deal with strategic planning on how the funding would be arranged in order to get to the hands of the trader on the ground.”

“We are Starving because we are survivalists living from hand to mouth,” Mali wrote in the letter dated 15 April 2020.

Mali says members of JITP who have returned to the streets have reported challenges such as poor sales due to the fact that many South Africans are still at home.

“We work on passersby. People come to buy from us when they are on their way to or from somewhere,” says Mali.

Over a month after sending her letter to the City of Johannesburg’s economic development department, Mali has not received a response and has been unable to provide adequate feedback to members of her organisation.

“I wrote to them when we were on level 5, asking if they can assist us under these circumstances financially or non-financially because we have been seeing people receiving food parcels.”

Meanwhile, in the Vaal area of Gauteng, informal trader and hairdresser Tshepang Fanya’s business of 18 years has come to halt. Fanya has been doing hair on the streets of Sedibeng for years. The income she generated took care of two adults and five children – including one adopted.

“This lockdown is really stressing me. I don’t know what to do about my children’s needs because the grant I receive is not enough,” says Fanya, referring to the social grant she receives for two of her children.

“It’s very hard to survive because we have to wait for that grant and see what we can do.”

In 2002, the City of Johannesburg began the construction of Bree Taxi Rank Metro Mall. Along with the construction came the formalisation of the informal sector’s relationship with the city. This process included the formation of informal trader organisations across the city, which have been instrumental in the advancement of the rights of traders. Organisations such as JITP and the Sedibeng Informal Traders organisation have maintained constant communication among one another as well as with regional and local government structures.

Despite having a database of traders across Gauteng’s municipalities, local governments have failed to address the concerns of their constituencies following the recent restrictions.

“National government has made available more than R5-billion in support to municipalities to assist them in responding to the Covid-19 pandemic in the 2019/2020 municipal financial year,” says Nthatisi Modingoane, spokesperson for the City of Johannesburg.

“This support is assisting municipalities to provide basic services for communities during the lockdown and to sanitise public transport facilities as the economy undergoes phased reopening.”

The City of Johannesburg failed to address how informal traders may access or apply for assistance from the relief fund, instead responding to questions sent by Daily Maverick with:

“Informal traders will be attended to on [a] daily basis during the Covid-19 Lockdown. The issuing of temporary trading permits was concluded by the City. The permits were issued to Informal Traders (fruits and vegetable), and Spaza Shops (uncooked food).”

According to Modingoane, “the City is proposing a COJ [City of Johannesburg] Economic Stimulus Fund which will target informal traders, SMMEs and Cooperatives, subject to budget availability and compliance criteria.”

Daily Maverick made contact with the Gauteng’s Department of Economic Policy, but had not received a response at the time of publishing. DM