Covid-19 is a health crisis — but a looming food catastrophe, too

By Wandile Sihlobo and Tinashe Kapuya• 19 May 2020 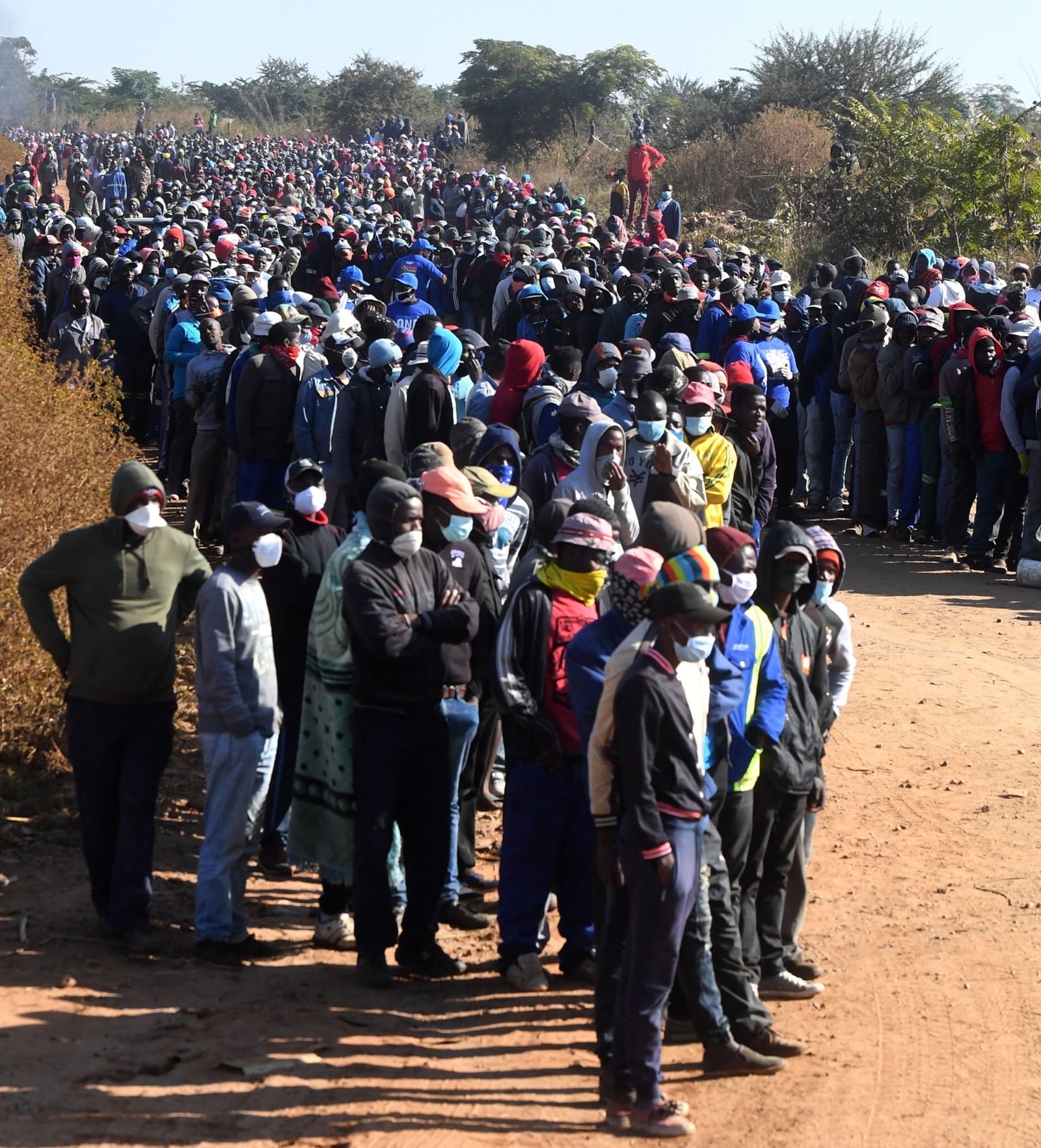 CENTURION, SOUTH AFRICA - MAY 14: Residents of the Mooiplaas and Spruit informal settlements queue for kilometres to receive much-needed food parcels on May 14, 2020 in Centurion, South Africa. It is reported that ten thousand food parcels were handed out to residents. The parcels included mealie meal‚ vegetables‚ face masks‚ sanitiser and soap. (Photo by Gallo Images/Beeld/Deaan Vivier)

Concerns around potential meat shortages – and spillovers into other parts of the food system – are putting intense pressure on political leaders to respond more aggressively, as seen in the US, where President Donald Trump ordered meat plants to re-open to avert a looming crisis.

What makes the Covid-19 pandemic unique is that it is primarily a health crisis that has also fundamentally affected both the supply and demand side of the global economy. In the food industry, governments’ policy responses have mainly hinged on three major interventions. These are:

In the early days of the pandemic, Russia, Kazakhstan, Cambodia and Vietnam, among others, introduced export quotas and bans on rice and wheat exports. These were attempts to ensure stable domestic staple food supplies amid the uncertainty of how long the pandemic would last. But these policies were soon abandoned as the countries signalled a return to open market trading terms.

One of the reasons that contributed to this change of heart includes the exemption of agriculture and food supply chains from Covid-19 restrictions that had affected trading in other sectors of the economy. The International Grains Council has lifted its 2020/21 global grains harvest by 2% year-on-year to 2.2 billion tonnes. This is a welcome development for grain importing countries who feared food insecurity when the protectionist policies were announced. This includes South Africa and the African continent at large, which relies on rice and wheat imports from the global market.

As initial worries about production abated, it became clear that the biggest challenge was not a lack of food in the market, but rather logistical disruptions.

The closures of meat processing plants in the US, Ireland, Canada and Brazil, due to viral outbreaks in production facilities, is now raising renewed fears that the longer the pandemic continues, the more likely it is that parts of the food chain will cease to function. The possibility of meat shortages in the global market, and the negative ripple effect in other parts of the food system linked to the meat sector, suggests that the food system remains extremely vulnerable.

The concerns around potential meat shortages – and spillovers into other parts of the food system – are putting intense pressure on political leaders to respond more aggressively, as seen in the US, where President Trump ordered meat plants to re-open to avert an inevitable spin-off crisis.

This specific aggressive intervention is just part of a much broader set of unprecedented policy responses from global leaders, which have been underpinned by unprecedented fiscal spending surpassing that of the 2008 financial crisis and the Great Depression.

Wealthier countries have implemented financial relief programmes to support small and large businesses, including farmers, to help buffer the harsh impacts of the pandemic. In South Africa, the Department of Agriculture, Land Reform and Rural Development ring-fenced R1.2-billion for financially distressed small-scale farmers. This prioritises the poultry, livestock and vegetable sectors, among other agricultural commodities, which will be selected on a case-by-case basis. The farmers within the Proactive Land Acquisition Strategy programme are also included in this package.

Governments have tried to preserve incomes and livelihoods, and, in turn, supported the demand side of the food sector. Rapid increases in already high levels of unemployment in most parts of the world translate to weak demand for food, particularly high-value products, in the near-to-medium term.

Income protection in countries such as the UK and the US is expected to keep demand at levels that could ensure their economies bounce back quickly in a post-Covid-19 scenario.

Meanwhile, in the emerging markets, South Africa has been among the countries that provided support through an increase in social grants, food parcels and food vouchers. While these are short term measures, they do help boost household demand for food products. These measures are being implemented with the assumption that the pandemic will restrict the economy for a maximum of three months.

But if the global economy does not bounce back as expected, perhaps under the pressure of a new wave of infections, household income and purchasing patterns could be altered over the short to medium term. In this case, the implications for the agricultural and food sector would be dire. We suspect that the demand for higher-value products will inevitably decline after the pandemic, and the longevity of this decline could lead to a significant shift in supply chains, especially if critical businesses shut down permanently.

This is crucial for countries like South Africa whose agricultural sector is export-orientated, with roughly 49% of the produce, in value terms, exported. South Africa’s high-value export products are mainly fruit, wine and beef. These are mostly destined for the European and Asian markets, which accounted for nearly $10-billion in 2019, according to data from Trade Map.

In a nutshell, the resilience of global agriculture will continue to be tested as the pandemic impacts both the supply-side and demand-side of the world economy. There is no telling how long the global food system – as it’s currently configured – will be able to sustain the pressure from the pandemic.

What is particularly worrying is the lack of support for businesses and households in developing countries. In resource-poor nations – especially those in Africa who are already staggering under the weight of burgeoning debt – governments do not have the means to support private businesses and farming communities to the same extent as the US, the United Kingdom, China, and others. This means that the developing world, as part of the global food system and economy, remains especially vulnerable.

There have been relatively low numbers of Covid-19 cases in sub-Saharan Africa so far – perhaps due to a lack of testing capacity. But if what is happening in the global North is a harbinger of what might still occur in this region, the largely informal food supply systems will come under extreme pressure and, in a scenario like this, a food insecurity catastrophe is not impossible to imagine. DM