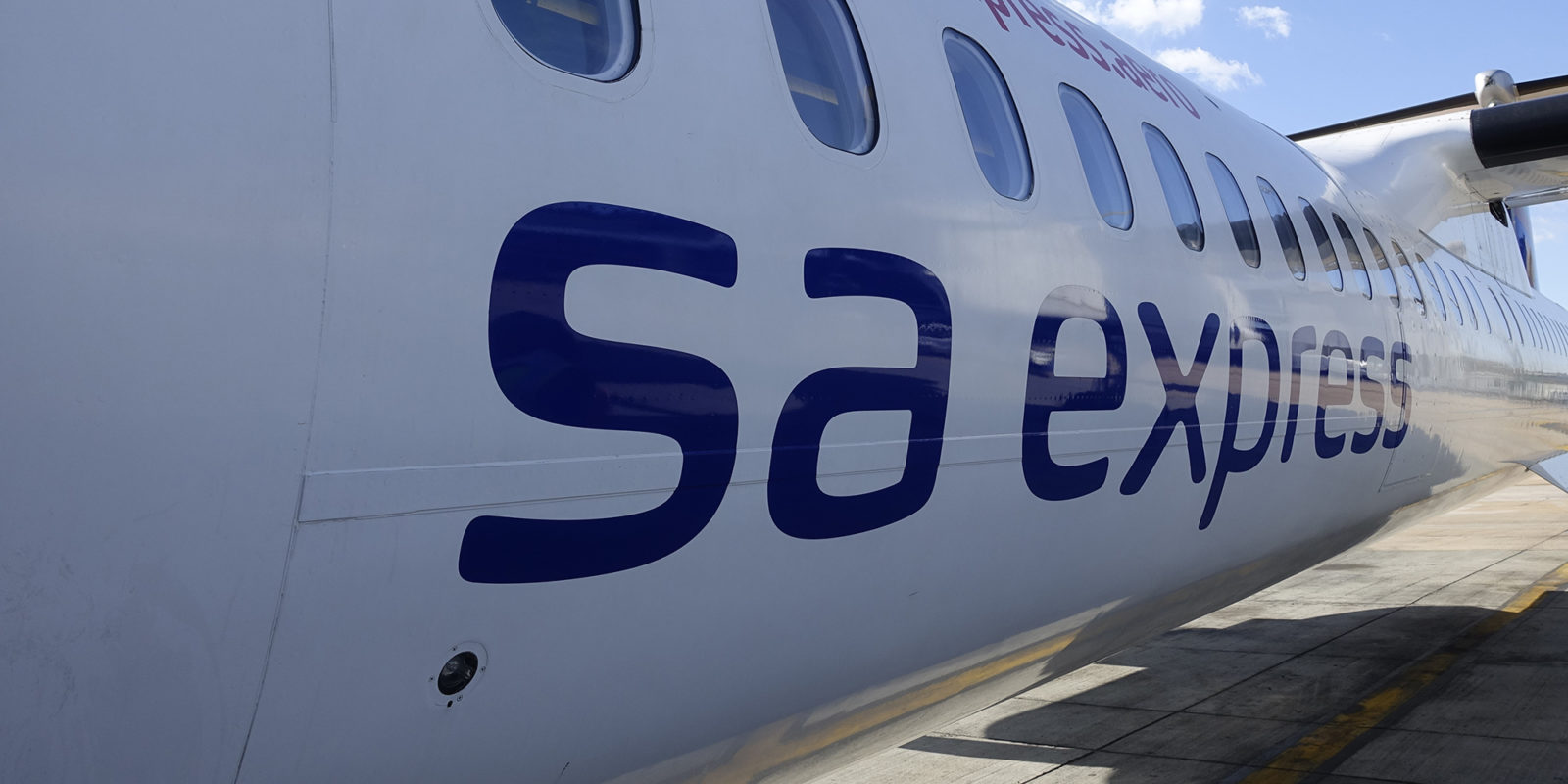 If a potential buyer of the airline is not found 21 days after SA Express is placed under final liquidation, employment contracts at the airline will be permanently terminated, say the newly appointed provisional liquidators. (Photo: EPA / Mikko Pihavaara)

The move by the provisional liquidators confirms an already dire situation for 691 SA Express workers who haven’t been paid full salaries by the insolvent airline since 25 March.

The newly appointed provisional liquidators of SA Express have suspended the employment contracts of more than 600 workers, kick-starting a formal process that is aimed at shutting the entire operations of the troubled state-owned airline.

In a letter dated 15 May, which was obtained by Business Maverick, the liquidators told 691 SA Express workers that their employment contracts have been suspended – adding more woes for workers who haven’t been paid full salaries by the airline since 25 March.

The appointed liquidators – Aviwe Ndyamara, Kgashane Monyela, Clifford Maredi, Soria Marais, and Samantha Margolis-Pantellas – said the suspension of employment contracts was effective from 29 April, which is a day after the High Court in Johannesburg placed SA Express under provisional liquidation.

“The immediate effect of suspension will be that you [SA Express workers] will not be required to render services in terms of your employment contracts. This means that you will also not be obliged to remuneration in terms of your contracts. In addition, no benefits in terms of the Basic Conditions of Employment Act accrues to an employee arising out of any contract of service that is suspended,” reads the letter from the liquidators to workers.

Ndyamara, who is leading the team of liquidators, was not immediately available to comment on the suspension of SA Express employment contracts. Since Ndyamara and his team were appointed as SA Express provisional liquidators by the court, they have been investigating the affairs of the airline including meeting with its management and board, creditors, and the government.

Their letter confirms an already dire situation for SA Express workers who have not returned to work because the airline was officially grounded on 18 March due to cash flow problems and Covid-19 related travel bans.

By 25 May, it will be the third month in which SA Express workers have not been paid their full salaries as the government (the sole shareholder of the airline) has no clear plan on how outstanding salaries will be paid.

Underscoring this is that Deputy Minister of Public Enterprises, Phumulo Masualle, told the Standing Committee on Public Accounts on Friday 15 May that talks with the liquidators to “revoke” the SA Express provisional liquidation came to naught. Talks with the Unemployment Insurance Fund to free up cash to pay worker salaries also failed.

Masualle said: “We are very sympathetic to the plight of employees, particularly the issues of not getting paid their salaries.”

The high court placed SA Express under provisional liquidation because its business rescue proceedings failed to restructure the airline, the second state-owned airline whose flight routes typically serve SA’s smaller cities as a feeder to SAA.

The appointed business rescue practitioners of SA Express, Phahlani Mkhombo and Daniel Terblanche, launched an urgent court application on 25 March to provisionally liquidate the airline because it had completely run out of cash and had no reasonable prospects of being rescued.

The court placed SA Express under provisional and not final liquidation because it wants all affected parties – including workers, trade unions, creditors, and management – to put forward their reasons why the court should not order the final liquidation of the airline.

Ndyamara and his team have warned workers of this worst-case scenario, saying if a potential buyer of the airline is not found 21 days after SA Express is placed under final liquidation, employment contracts at the airline would be permanently terminated.

In a final liquidation scenario under the Insolvency Act, the claim of workers for outstanding payments will rank high as their claims will be considered as “preferent”.

Under the Insolvency Act, SA Express workers will have a claim of up to R12,000 for salaries and wages, R4,000 for outstanding leave pay, and R12,000 for retrenchment pay. Workers will be paid from remaining funds realised through the sale of SA Express assets. But workers could only receive outstanding payments once all secured creditors of the airline, which could include commercial banks, have been paid money owed to them. DM/BM

From Uber to courier to put food on the table

eCommerce: How to level up and deliver business success