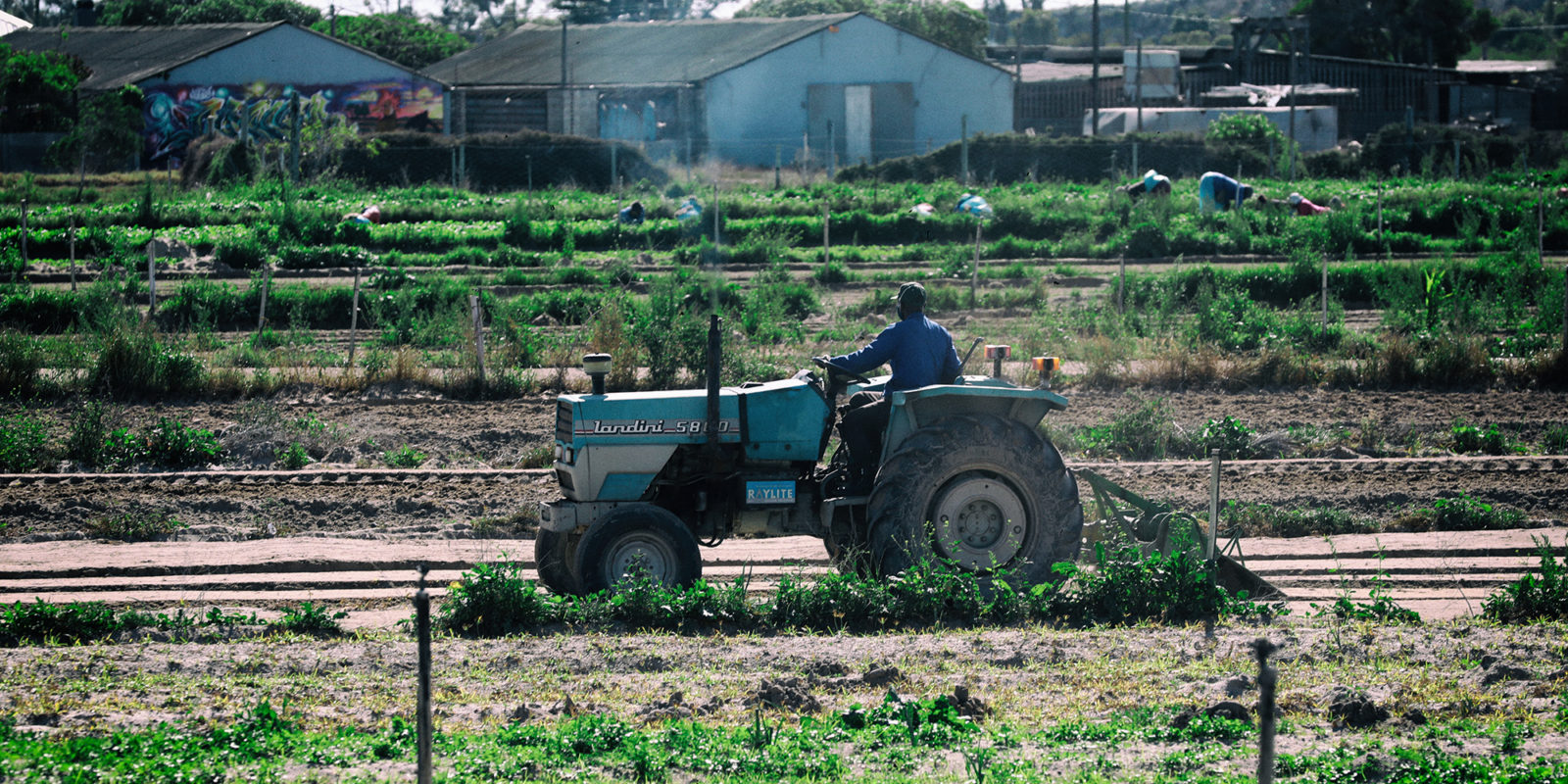 The carnage of Covid-19 is likely to be devastating for all economies. At the very least, a ‘new economy’ ought to address the burning issues of our time: The climate crisis, ecologically sensitive production and consumption, and socioeconomic equality.

On 21 April 2020, President Cyril Ramaphosa announced a R500-billion economic package to put South Africa on a path towards a “new economy”. The announcement was greeted with almost unanimous approval. Even the opposition political parties welcomed this new deal as a breakthrough and applauded the initiative.

Since its announcement, there has been a great deal of commentary about how the money will be found, how it will be administered without fuelling already endemic corruption, and whether it will alleviate the plight of the poor in this triple crisis where a global pandemic meets both a local economic meltdown and causes a global economic shutdown.

My concern is with the use of the term a “new economy”. What exactly is it and how does the stimulus package steer the country towards it? The president’s views on the “new economy” have been wide-ranging and vague. The goals appear to be a combination of greater equality, radical economic transformation, and higher levels of employment. Yet, the carnage of corona-inspired lockdown is likely to be devastating for all economies and some debate about what the “new economy” is to look like is surely appropriate. At the very least, the “new economy” ought to address the burning issues of our time: climate change, ecologically sensitive production and consumption, and socioeconomic equality.

Climate crisis and the issues of ecological production and consumption

If anyone needs persuading that a global climate catastrophe is upon us, they need to read the summary of associated calamities provided by David Wallace-Wells in The Uninhabitable Earth. Many governments around the globe are fighting heatwaves, flooding, crop failures as a result of either too much or too little water (remember Day Zero?), wildfires of unimaginable proportions, rising ocean levels, unpredictable weather patterns, and a whole host of wicked problems associated with the planet’s reaction to the pollution we, as a species, dump in the air, the oceans and waterways, and the Earth. Some 66 million years after a meteor strike wiped out much of life on the planet, we are busily exterminating the spectacular array of species of this beautiful planet through our own daily actions.

The question must be how we develop an economy that produces ecologically and within the limits of what the planet has to offer? Air pollution has already killed more people in some towns of China this year than the entire coronavirus pandemic has globally. What does this stimulus package do to encourage a more ecologically sound economic approach in our country?

The answer is — very little, judging by the vagueness of the plans so far presented. It contains the same old solutions that heaved the ANC into power and kept it there. Tax money and borrowed cash will be distributed to the voters in the townships to alleviate some of their suffering. Selected firms and sectors will be subsidised to help them through this crisis to maintain some employment — in other words, business as usual. But there are alternatives to this approach and it would behove the government to consider some “greener options”.

The government could, for instance, commit itself to encouraging small-scale food production for local markets coupled with an imaginative land reform policy. One such initiative, the Philippi Horticultural Association (PHA) in Cape Town, supplies a large portion of the city’s food. Yet it required court intervention to avert the building of yet another shopping mall over the PHA’s agricultural land, not to mention one of the city’s aquifers. What the PHA illustrates is how effective small-scale farming can be if given a fighting chance.

Just imagine — thousands of producers of food items producing for the local market; what an opportunity to create employment, pride in products, and income/wealth to feed families. Instead of dreary harbours and townships, lively produce markets and community spaces where people meet and socialise in the post-Covid future. Instead of imported expensive produce on the shelves of supermarkets, locally grown items at much cheaper prices.

The government could also commit itself to supporting small-scale energy producers by subsidising the production of household solar, even wind, water or thermal energy. This instead of pouring billions into a catastrophically mismanaged power monopoly that now threatens to turn off the lights again as soon as there is the smallest inkling of economic activity! Just imagine — thousands of small-scale energy producers harvesting alternative energy and selling their surplus into the grid. And there are many other areas — such as public transport and infrastructure — that could lead to large-scale employment with ecological benefits.

The problem climate change poses is that we, as a species, have now reached beyond the capacities of our planet in terms of what we produce and consume. We will all have to live within the limits of what is here and that will mean a very different kind of economy reliant on the local production of the essentials — food, water, shelter, essential goods and services. That kind of economy will be far less dependent on importing things from China and elsewhere. This opens up opportunities for the local population to produce and an enormous opportunity for the government to encourage local wealth creation and ecology.

The approach since 1994 on the issue of socioeconomic equality was straightforward — through BEE and other affirmative action policies — a more equal society was to be forged. This was a trickle-down solution to the racial divide. A generation later, inequality is worse than it was back then. Why? Moeletsi Mbeki in The Architects of Poverty answers that question. A few ANC cadres enriched themselves in return for giving carte blanche to big business to operate as usual. The ANC’s electoral strategy has been to placate its constituency with welfare grants, transformation talk and minimal amounts of healthcare, housing and other basic services.

And so it is with this “new economy” initiative. The poor and destitute are given a few more rand to keep them from throwing rocks at the police but essentially things stay the same. Except now, business as usual will fail spectacularly — the end of the road came in March of 2020 with the Moody’s downgrade, but was covered up by Covid-19.

Greater social and economic equality can only be built in an economy that develops complexity. The economist Ricardo Hausmann and a team of scientists developed the Atlas of Economic Complexity which is an indicator of how broadly based the manufacturing and production profile of an economy is. The more broad-based the complexity profile, the more likely it is to generate the resources to create more egalitarian societies. Economies that depend entirely on the export of a few basic raw materials and have limited internal production capacities (low complexity) tend to exhibit large-scale inequity.

Economic complexity links up to climate change issues. Only if South Africa provides incentives for small-scale producers of goods and services, energy and food, will it be able to encourage steps towards the goal of an economy capable of employing people and producing for domestic consumption. Economic complexity does not magically appear — it is something that requires time and incentives provided by a forward-thinking state.

Steady increases in social welfare expenditure due to ever-increasing poverty and unemployment cannot be maintained on the back of a shrinking economy that remains stuck on the export of a few primary products and that depends on importing just about every item for sale in its stores. In fact, it is a recipe for disaster on both social and economic grounds and no reason to celebrate.

A stimulus package based on Keynesian principles that encourages local firms to produce for the domestic market and do so in ecologically sound ways is the only option to address both issues of ecology and economy.

Anything else is like rearranging the deckchairs on the Titanic. DM