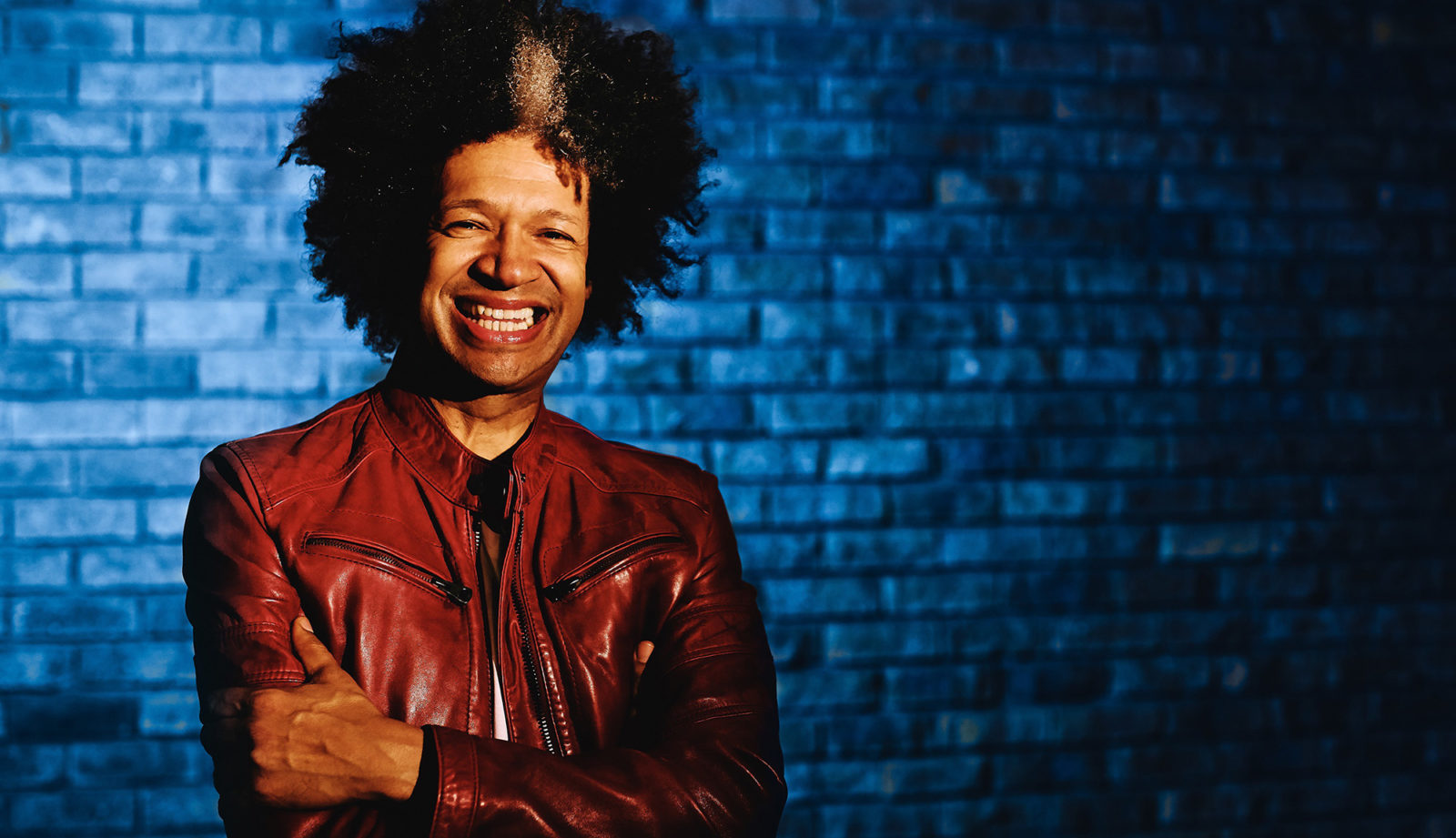 It was UK activist and playwright David Hare who once wisely opined that there are three ways to make sense of the world: religion, politics and the arts. ‘And the first two are unreliable,’ said Hare.

Chances are if you asked someone outside of South Africa what they most associated with the country, they will, after Nelson Mandela, mention a long and illustrious list of artists who have put the country’s heart and soul on the world map.

From Ladysmith Black Mambazo to Esther Mahlangu, from Johnny Clegg to Miriam Makeba, from Antjie Krog to Busi Mhlongo, from Pretty Yende to William Kentridge, from Wouter Kellerman to the Ndlovu Youth Choir, from Breyten Breytenbach to Trevor Noah, David Kramer, Bongeziwe Mabandla, Black Coffee… we could go on and on.

The sector is worth more than the billions it generates in ticket sales and the careers it sustains. It is the biggest driver of Brand South Africa other than sport. Yet, since 1994 it has been a sector wilfully neglected and underfunded. Artists in South Africa often live hand to mouth and the coronavirus pandemic has delivered a devastating blow to the sector.

Writing on Facebook, Market Theatre CEO Ismail Mohamed highlighted that “with just over 50 days into the lockdown freelance artists who have lost almost all their income for the best part of this year are still waiting desperately for handouts from government’s R150-million relief fund because the fund is shrouded in bureaucracy, administrative ineptitude and secrecy”.

Things have got so bad that the Theatre Benevolent Fund announced on Sunday 17 May that it has had to suspend its Covid-19 voucher drive as it had, according to Gert van Niekerk, run out of funds. Across South Africa, artists are struggling to pay rent and feed themselves.

In the meantime, theatre managements and artists have had to devise innovative ways to keep this most vital cultural and intellectual sector alive during lockdown and the new abnormal we all live with.

A world without music, literature, dance, fine art, photography, comedy, design, theatre and performance is simply unimaginable. It is this that gives life its very meaning, nuance and depth.

The Baxter Theatre in Cape Town is an institution in the city. For years it has served the region and beyond, without a government subsidy, enabling the creation and showcasing of new South African work. Thousands of the country’s playwrights, dancers, comedians, actors and directors have found a platform in the complex.

Lara Foot, the Baxter’s CEO and artistic director, soon after the country went into lockdown, understood that the future of the arts in South Africa and the Baxter Theatre itself, depends on support from audiences and other benefactors if the sector is to survive the pandemic.

Foot has long been struggling to secure the financial sustainability of the Baxter, which, unlike Artscape, the Market Theatre and others, does not receive funding from the Department of Sports, Arts and Culture, nor does it qualify for funding from the National Lottery Commission. The theatre depends on the University of Cape Town for admin costs, but that is it.

With lockdown, Foot and Baxter Theatre management understood the theatre needed to find a way of surviving, which is how the idea of the Baxter Theatre Coffee Angels was born. For the price of a monthly cup of coffee, R30, the theatre hopes to raise enough money to become self-sufficient.

She said she did not see the Baxter operating functionally until early 2021 and R5-million was needed just to get through 2020.

“We would need R6.8-million to become self-sustainable and not lean so heavily on the university in order to ensure the future of our theatre. This is an urgent priority. R4-million would be invested into our Permanent Endowment Fund, to generate interest on that fund,” said Foot.

Beloved comedian Marc Lottering who, as a student, ushered at the Baxter, said the idea that the theatre might have to close its doors was shocking.

“The Baxter is so much more than just a theatre. It is a place of community and a place where people come over the years to make memories,” said Lottering.

The Baxter hosts around 3,000 productions a year and sustains a vibrant artistic community.

“There are communities who do not have internet access and radio is the perfect way to bridge the gap,” said Foot.

While she said she was not a fan of “live-streaming” because “theatre doesn’t exist without the special connection between actor and audience”, the “old and trusted medium of radio asks the audience to listen and engage, which is comparable to the form of theatre”.

While Foot might not be a fan of live-streaming, South Africa’s artists are finding a new source of income selling tickets, usually for around R60 (the price of a packet of cigarettes pre-lockdown), to bring their work to audiences homebound during curfew.

In May, Karen Zoid, celebrating 20 years as one of the most successful artists in the SA music industry, provided a sunset concert from the rooftop of her apartment block in Sea Point. Zoid, who has also been auctioning the work of artists on her FaceBook Page, used Computicket to monetise the event.

Meanwhile, other artists too have begun to understand that the internet is a market, with Conrad Koch adapting his powerful show How to end Racism by Chester Missing as an online experience to go live on 29 May with a discussion afterwards.

“I’ve spent the last few weeks getting the system working, how to change camera angles live, including the best equipment, the highest-speed internet available, adding images and video to shows which I can trigger so you aren’t just watching a person with bad lighting and a dodgy webcam, writing scripts for new shows purely for online, working out the best way to charge for and run public shows that we ourselves own – reinventing everything we do, actually. We are ready to go… Some awesome announcements coming soon,” Koch alerted his fans on Facebook.

Veteran saxophonist Sipho “Hotstix” Mabuse will be live-streaming his 2018 One Night at the Baxter show from 29 May to 5 June to be hosted by Covid-Zero which offers a “virtual concert stage” for artists.

On 23 May Pedi comedian Leisa will perform on the platform between 7.30pm and 8.30pm.

Comedians Stuart Taylor, Rob van Vuuren, Alan Committie and others are all feeling their way around online performances which offer a satisfyingly intimate connection with audiences, in spite of social distancing and the odd technical glitch.

Mohamed pointed out the power and the potential of artists using the internet to “subvert” through satire, citing the hugely popular When People Zol by Max Hurrell which has clocked over 174,000 views on YouTube and thousands of retweets on other social media platforms.

Hurrell’s earworm was picked up by The Kiffness – a hugely popular Cape Town group of artists founded by David Scott in 2011 and known for their brilliant parodies. The Kiffness version of Zol has clocked up more than 300,000 views on YouTube.

“Zuma’s message that ‘when people zol, they put saliva on a paper and then they share that zol’ was intended to encourage social distancing and to stop people from communal smoking. Instead, her message has been parodied and united a community of smokers and non-smokers to mock her draconian ban on cigarettes,” said Mohamed.

Hurrell had not needed “a couple of million rands like  Zuma’s Sarafina project”, said Mohamed, to produce his work of art.

With support from the government, work like Zol, said Mohamed, could have been used to deliver messages about Covid-19 “far more effectively than any of the mundane speeches being delivered by politicians. All it required was just a little bit of imagination.”

Meanwhile, the 46th National Arts Festival, often a lifeblood for artists, and which takes place in Makhanda from 25 June to 5 July will be performed entirely online for the full 11 days.

In preparation, artists have attended a series of webinars to share information about creative, technical and other challenges in order to make this historic event run smoothly.

Even better, sign up for our newsletter to get the best of Maverick Life delivered to your inbox every Sunday morning. DM