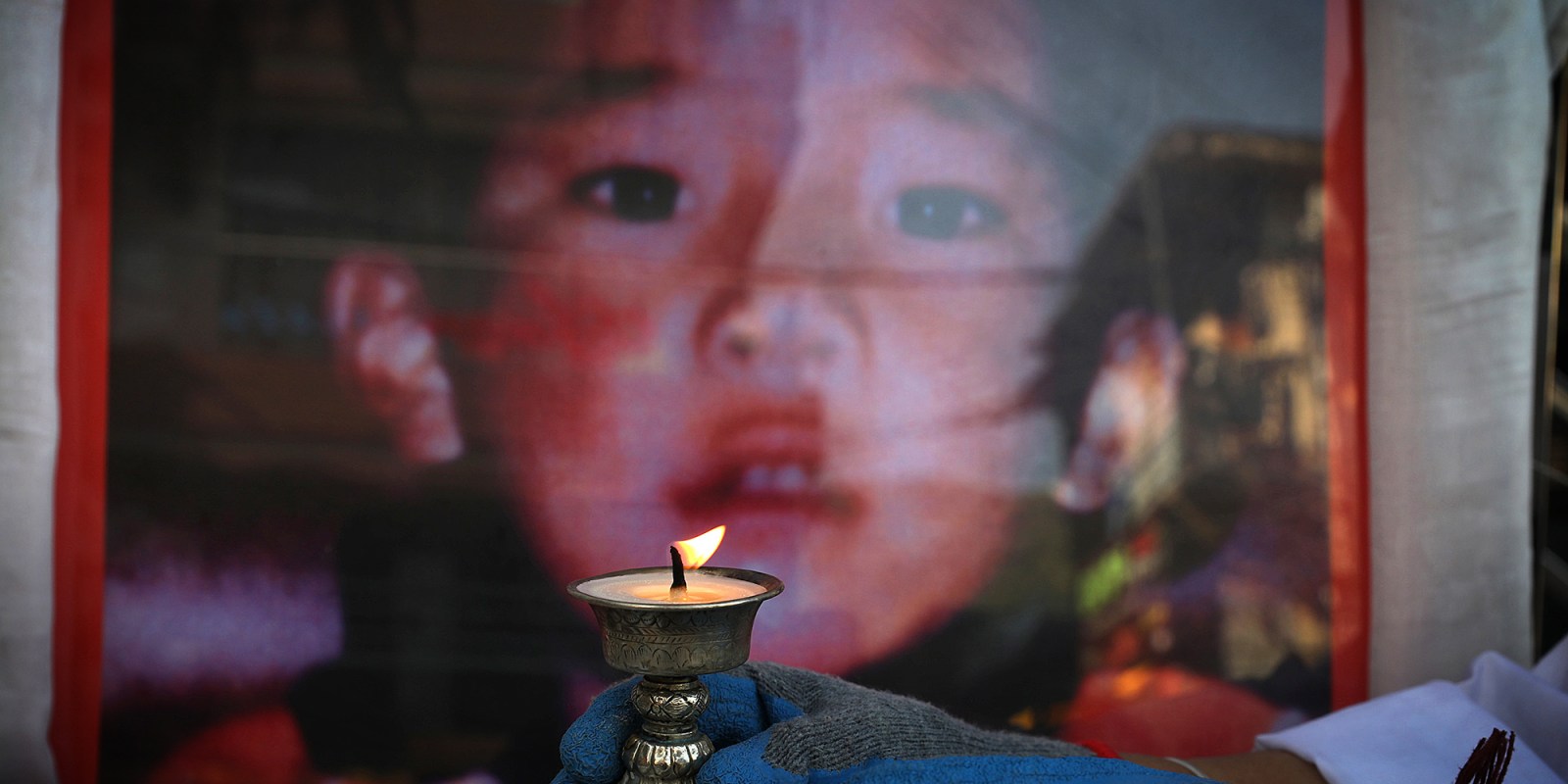 A Tibetan woman living in exile and a member of the Tibetan Women's Association lights a butter lamp during an event to mark the 31st birthday of Panchen lama in McLeod Ganj, near Dharamsala, India, 25 April 2020. (Photo: EPA-EFE / Sanjay Baid)

The 11th Panchen Lama, who would now be 31, has not been seen since the Chinese government allegedly abducted him 25 years ago.

On the 25th anniversary of China’s alleged abduction of the 11th Panchen Lama, Tenzin Gendun Yeshi Thrinley Phuntsok Palsangpo, when he was just six, the Tibetan government-in-exile has called on Beijing to provide convincing proof he is still alive.

The Kaghag, or council, of the Central Tibetan Administration, based in Dharamsala, India, said in a statement on Sunday 17 May that on 17 May 1995, the young Panchen Lama was abducted by the Chinese Communist government along with his family after the 14th Dalai Lama had recognised him as the reincarnation of the 10th Panchen Lama – and therefore the 11th Panchen Lama.

The Kashag said since the 11th Panchen Lama’s disappearance 25 years ago, “Buddhists around the world and Tibetans in India and especially in Tibet, have been living in hope that one day we will be able to receive blessings from the Panchen Lama.”

It added that the 14th Dalai Lama had recognised the 11th Panchen Lama “in keeping to centuries-old Tibetan Buddhist traditions”.

“This politically motivated action failed, however, to displace the position of the true Panchen Lama from the hearts and minds of the Tibetan people.”

“China’s abduction of the Panchen Lama and forcible denial of his religious identity and right to practice in his monastery is not only a violation of religious freedom but also a gross violation of human rights.

“Since his abduction, the UN Committee on the Rights of the Child (UNCRC) and the UN Working Group of Enforced or Involuntary Disappearances (WGEID) have raised questions on the whereabouts of the 11th Panchen Lama.

“Similarly, the US Congress, European Parliament and parliaments of various other nations such as the UK, Canada, various governments, international organizations and Tibet support groups have released reports, issued statements and passed resolutions calling for his immediate release.

“China has repeatedly failed to respond to the UNCRC’s call to allow an independent body to visit and verify the wellbeing of the 11th Panchen Lama. At the 119th session of the UN Working Group of Enforced or Involuntary Disappearances (WGEID) last September, China once again responded to the questions on the whereabouts of the 11th Panchen Lama with unverifiable and insufficient information.

“If China’s claim that Tibetans in Tibet enjoy religious freedom is to be considered true, then China must provide verifiable information on the wellbeing and whereabouts of the 11th Panchen Lama, his family and Chadrel Rinpoche, the former Abbot of Tashi Lhunpo Monastery and the head of the search committee for the reincarnation of the 10th Panchen Lama, through pictures and videos,” the statement said.

Chadrel Rinpoche also disappeared while searching for the 11th Panchen Lama – the boy who was regarded as the reincarnation of the 10th Panchen Lama, the Kashag said.

It also recalled the fate of the 10th Panchen Lama who spent more than nine years in prison for criticising the Chinese government and eventually died “mysteriously” in his monastery on 28 January 1989, just four days after strongly criticising the Cultural Revolution, in front of Tibetan religious heads from five Tibetan regions and local authorities.

The Kashag said it did not believe the Chinese government that the 10th Panchen Lama had died of a heart attack because it had never conducted any official investigation into the causes of his sudden death.

“We appeal to the international community to make a concerted effort to press China to release Gedhun Choekyi Nyima and resolve the critical human rights situation in Tibet.” DM