Electric cars? Stand aside (and in line) for Patel’s...

Electric cars? Stand aside (and in line) for Patel’s Trabant 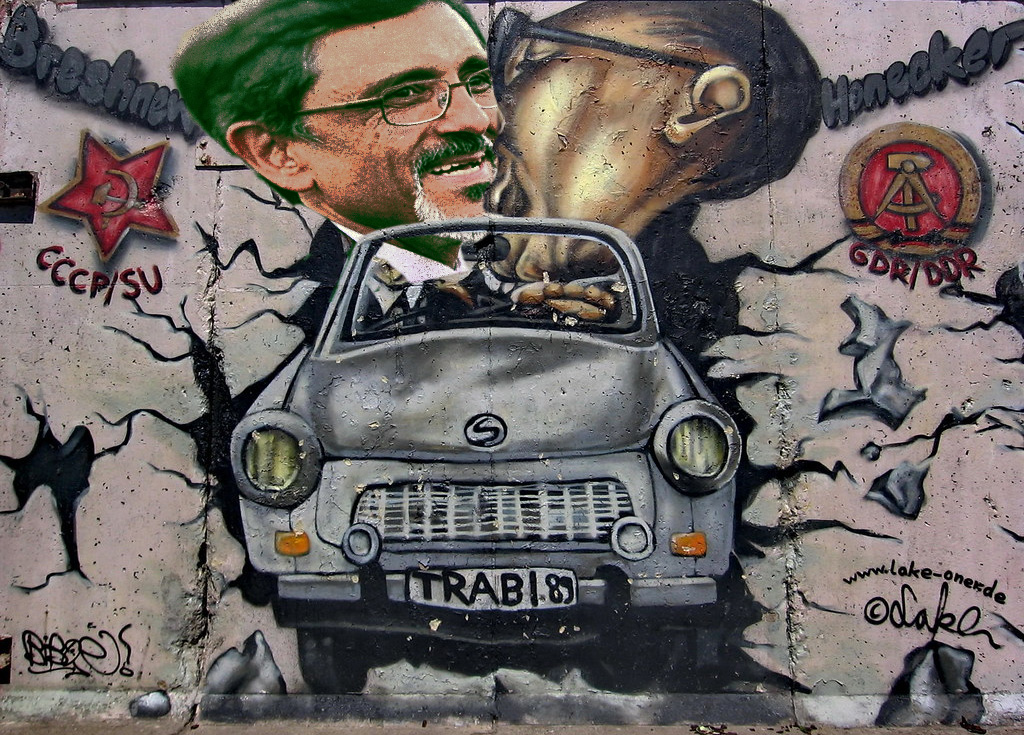 It is time for the President to take charge and spell out his vision, for better or for worse. One thing is certain, while the rest of the world is rolling out electric cars, South Africa cannot go back to the Trabant.

A few weeks ago, we wrote an article under the headline “An Iron Curtain is Falling on our Freedom” which was published by Daily Maverick. We argued that the lockdown has fuelled the appetite of certain government leaders for control, closing society and placing the state at the centre of the economy.

There was – and probably still is – a tussle within government leadership over this approach, which has led to the loss of government revenue at a time of radically increasing debt, with Finance Minister Tito Mboweni clearly uneasy with the decision to ban the sale of alcohol and tobacco.

President Cyril Ramaphosa, who announced that tobacco would be legally sold, was contradicted by Nkosazana Dlamini Zuma, who said the decision had been reversed by the grandly titled National Command Council.

Ramaphosa then said that both his announcement and the reversal were “collective decisions” of the command council and not the expression of conflicting ideas within the executive.

In his latest address to the nation, on Wednesday 13 May, he admitted to “mistakes”, but did not name them and said the lockdown would be gradually eased except for in the worst-hit areas, again, not named.

He did not address the latest lunacy to spark public outrage.

Minister of Trade, Industry and Competition Ebrahim Patel announced a list of clothing that it would now be permissible for retailers to sell.

“A task team of industry representatives and the department worked together to construct a list of essential winter clothing, footwear and home textiles that would be permissible for sale in retail stores across the country during the Covid-19 Alert Level 4,” an official announcement said.

The list had been drawn up at the prompting of “industry stakeholders”.

Desperate retailers, whose businesses have been devastated by the lockdown, were grateful to finally be able to open their doors to sell something – anything – saying that after a “robust engagement” they appreciated “the leadership of Minister Patel”.

What emerged from this “robust engagement” was a list of items of clothing that may or may not be sold by retailers that is so petty, ill-considered and, frankly, slightly nuts that the country – with the exception of the dwindling band of defenders of “collective leadership” – wondered if our leaders were losing their minds.

The extraordinary document, which bears the title “DIRECTIONS REGARDING THE SALE OF CLOTHING, FOOTWEAR AND BEDDING DURING ALERT LEVEL 4 OF THE COVID-19 NATIONAL STATE OF DISASTER”, told retailers what they can sell – presumably after remodelling their stores to keep the dangerous items away from customers.

And so it came to pass that government ruled “shirts, either short- or long-sleeved, where displayed and promoted to be worn under jackets coats and/or knitwear” would be allowed and that “crop bottoms” would be permitted when “worn with boots and leggings”.

The emperor has clothes – or at least, some. Inexplicably, golf shirts, which are short-sleeved, were permitted. Perhaps this oversight will be addressed once the “collective” applies its mind properly to the damage these sleeveless garments could cause to the population. God forbid they would be used to play golf.

Of course, this list actually has nothing to do with the science of fighting Covid-19 and everything to do with the overwhelming desire on the part of Patel to act as the lord of industry, instructing retail outlets to sell onesies but not slippers.

This impulse, as we have observed before, points to a view of the economy in which government picks winners and losers, regulates everything and instructs the market what should be supplied regardless of the demand, a little like the former East bloc.

At least they learnt to laugh about it. The old joke goes that when a resident of East Germany received a letter informing him he was lucky enough to receive a Trabant, the smoky, archaic car, and that he should pick it up in 11 years, he asked: “Shall I come back then in the morning or the afternoon?” He received the reply: “Why do you want to know that? It’s only in 11 years’ time,” to which he responded, “I would prefer the afternoon; the plumber is coming in the morning.”

Revisionist mythology about command economies (not councils) aside, such statism is not the road to recovering from Covid-19 so much as the road to penury as business is strangled in a web of regulation — and recovery from devastation by lockdown becomes less likely.

Of course, it is entirely possible that Ramaphosa did not mean this at all and that he had nothing to do with Patel’s obsessive-compulsive desire to dictate which shoes a retailer might sell.

Because ministerial announcements related to the lockdown are, we have been told by the president, the product of “collective decisions”, we must assume that sometime over the last week the president took time off running the greatest disaster management exercise in the history of the country to contemplate whether or not T-shirts should be sold and how they should be worn in winter.

As the leader of the “collective”, he must then accept responsibility for the economic direction his government is taking – away from open markets and towards greater state regulation and control, an environment which the Zuma years demonstrated enriches those with power, impoverishes the nation and empties the state coffers of money for investment in development.

Perhaps this is what he meant when he parroted the language of the Zuma era, saying: “Radical economic transformation must underpin the economic future that we will need to craft going forward. We should be able to do this through a new compact we are going to build.”

Perhaps Patel is the architect of this new compact and will, industry-by-industry, issue permits, regulations and controls to ensure that the anticipated “radical economic transformation” will materialise. If this is so, expect more lunacy, such as slowing down port activity to encourage import substitution, forgetting that the market outside of South Africa is more than 200 times larger than that inside. It is unlikely to be business-friendly, or even neutral, at least if the current policy on retail, online or otherwise, is anything to go by.

Of course, it is entirely possible that Ramaphosa did not mean this at all and that he had nothing to do with Patel’s obsessive-compulsive desire to dictate which shoes a retailer might sell.

It is quite possible that Ramaphosa, too, is shaking his head. But, now that he has pronounced that all decisions are “collective” and that there is – perhaps for the first time in history – no political disagreement in a ruling party, it will be difficult for him to reverse the decision and regain the high ground.

This might explain why he has opted to not pronounce on specific regulations, leaving these to his ministers to elaborate.

While this might protect him from having to contradict himself, it shows an awful lot of trust in a collective that has lost the trust of the public.

It is time for the President to take charge and spell out his vision, for better or for worse. One thing is certain, while the rest of the world is rolling out electric cars, South Africa cannot go back to the Trabant. DM