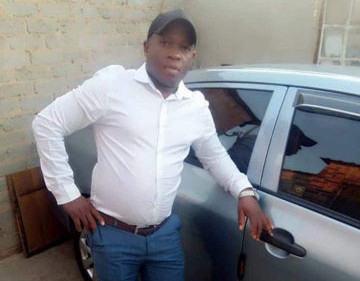 Collins Khosa was allegedly beaten to death by soldiers in Alexandra during the Covid-19 lockdown. His family has gone to court to ask for a specialised unit to investigate abuses by police and soldiers during the State of Disaster. (Photo: Supplied)

SAPS and SANDF members were deployed during the lockdown without sufficient instruction to uphold rights or an effective mechanism in place to investigate complaints of abuse, ruled a court on the death of Collins Khosa on Friday. The defence and police ministers were criticised for comments that could defend unlawful acts.

SANDF, SAPS and JMPD officers who were present when Collins Khosa was allegedly tortured and killed in Alexandra in April 2020 must be suspended and authorities must complete their investigations into his alleged killing by 4 June 2020, the North Gauteng High Court ruled on Friday.

The ruling, handed down by Judge Hans Fabricius, was critical not only of the incident that allegedly resulted in Khosa’s death but the authorities’ enforcement of lockdown regulations and the failure to ensure SAPS and SANDF members respected the rights of citizens.

“I may be naïve but I need to say that I cannot understand why the security forces cannot realise that they are also citizens of this country. They are also holders of the rights in the Bill of Rights,” said Fabricius.

“No doubt they also have families that suffer under the present state of affairs and I am convinced that no father or mother in the security services would like to see their families be treated in the manner that others have been so visibly ill-treated.”

The court dismissed claims from SANDF and SAPS leaders that their joint operation didn’t need a new code of conduct or guidelines on the use of minimum force.

“No proper guidelines have as yet been issued in my view to inform even SANDF members, let alone civilians how security forces may enforce the lockdown, including when and to which extent they may use force,” said the judge.

Fabricius instructed authorities to issue and widely share a code of conduct to guide lockdown operations. They must also publicise their commitment to upholding the right to life, right to dignity, and right to not to be subjected to torture or and unusual punishment.

Government leaders must also publish general social distancing guidelines and how they will be enforced.

Fabricius added his own opinion: “There is no general reason in my opinion to arrest each and every transgressor, no matter how trivial the transgression. The offence police cells and prisons are overcrowded, and no doubt that is one of the reasons why the President has recently announced that thousands of prison inmates will be released on parole.”

Leaders of the authorities argued that members have been sufficiently trained to handle the current demands, but Fabricius dismissed the claims, saying that “this is solely inadequate and we have seen the result in the streets”.

The court also criticised Defence Minister Nosiviwe Mapisa-Nqakula and Police Minister Bheki Cele’s comments during the lockdown and said the government had not clearly condemned acts of abuse.

“The Defence Minister seeks praise for having expressed ‘regret’ at the death of Mr Khosa and for having ‘condemned unlawful conduct on the part of the SANDF’. But then she says that she ‘equally condemned conduct that disobeys the lockdown regulations’.

“This seems to suggest, as it was put, some sort of moral or legal equivalence between civilians disobeying, and soldiers violating constitutional, international and statutory provisions on the excessive use of force. I agree that there is no such legal or moral equivalence,” said Fabricius.

The defence minister didn’t define what she meant by “provoke”, he said.

“She can hardly deny that it could be interpreted by the SANDF members to mean that ‘provocation’ is among the ‘circumstances’ in which she has said that ‘skop, skiet and donder‘ would be warranted.”

Cele was criticised for saying that the authorities would demolish infrastructure where alcohol was sold during the lockdown. Fabricius said if Cele’s comments were literal it was a command to use unlawful force, if figurative it was “extremely irresponsible”.

The government has encouraged the public to report acts of abuse by the authorities to SAPS, the Independent Police Investigative Directorate (IPID) or the Military Ombudsman, but Fabricius ordered the government to establish a new reporting mechanism during the lockdown.

He said the current watchdogs “are either not competent or not committed” to investigating abuse during these exceptional circumstances. He agreed with Khosa’s family “that there is no existing mechanism capable of conducting prompt, impartial and effective investigations of lockdown brutality”. DM