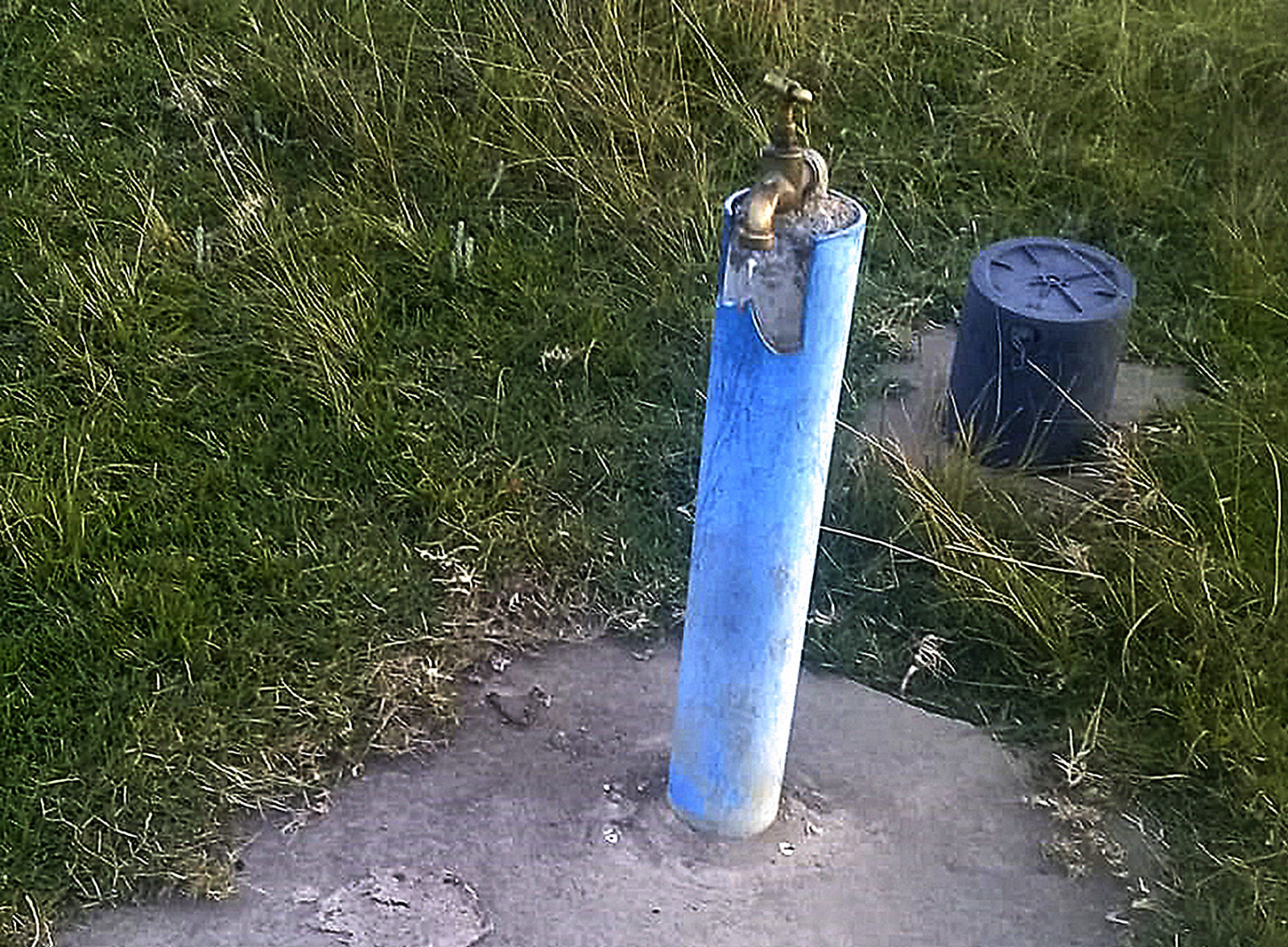 The National Prosecuting Authority has withdrawn all charges against 10 Eastern Cape activists for violating lockdown regulations when they had a meeting to discuss dire water problems in their communities. Despite a dramatic intervention by the Department of Human Settlements, Water and Sanitation, more than 50 communities countrywide have reported that they remain without clean water and struggle to wash their hands.

The National Prosecuting Authority withdrew violation of lockdown regulations charges against 10 water activists in the Centane Magistrate’s Court on Wednesday.

The group was arrested when they held a meeting to discuss how to get water for the 600 households in their communities during lockdown.

A spokesperson for the NPA in the province, Luxolo Tyali, confirmed that the charges had been withdrawn.

“The prosecutor declined to prosecute in the matter,” he said.

The group’s leader Harvey Ntshoko said they briefly met with a prosecutor on Wednesday morning.

“We were told that there was no case here. Even the police officers who arrested us were not present in court. They told us to go because there is no docket,” he said. Ntshoko said they would continue their fight for access to water in their villages.

On 14 April, on Day 17 of the national lockdown, they were attempting to resolve water access in three villages in the Centane Region, Eastern Cape. Ten leaders of community organisation Coastal Links and members of social movement Inyanda were arrested on charges of convening an illegal gathering under the Covid-19 Regulations.

The leaders, eight men and two women, represented fishing and coastal residents who live on the coastal strip near the Wavecrest Hotel on the Eastern Cape’s Wild Coast. They represented the villages of Nobanjane, Ngcizele and Nxaxo, comprising about 600 households.

Ntshoko, who is a leader in two community organisations, Coastal Links and the Inyanda Land Movement, said they had been without water since 2017.

“As community leaders, we had seen that other villages in the area had been provided with water and food parcels, yet our villages were ignored. We are aware of the lockdown and the health risks of meeting and so only a few community leaders were called to a meeting and we kept our distance from each other.”

He said “many leaders do not have cellphones and we didn’t know where we would go to get water, yet the leaders were arrested. We are very upset.”

Ntshoko said the community’s life was placed at risk. “How are we going to defeat the virus if they (government) are not providing us with water?” he asked.

He said some residents did not have enough money to buy water tanks and were travelling long distances to fetch water from nearby rivers.

“How are we going to wash our hands? We don’t have water and the water in the river is not clean,” he said. “We have been asked by the president to wash our hands, but we want to tell him that our taps are dry,” Ntshoko said.

He said that on the weekend of Good Friday, community leaders, out of desperation over the water situation, decided to convene a meeting.

“We were only 10. We were discussing water challenges, water tanks and food parcels and while we were at the meeting a police officer came to arrest us without asking any questions.”

“They were demanding an amount of R10,000 from each of us, but we told them (police officers) that we don’t have that money. They released later on that day. We didn’t break any lockdown regulations because we were only 10. Our demands are very simple: we want water taps with water, water tanks and food parcels,” Ntshoko said.

He said they had received a call from Eastern Cape premier Oscar Mabuyane’s office to inform them that their grievances were being investigated.

Several civil society organisations demanded in a letter addressed to President Cyril Ramaphosa that charges against the group be withdrawn. The letter was written under the banner of the South African Food Sovereignty Campaign. The State previously indicated that the group would be allowed to pay an admission of guilt fine of R10,000 each.

The campaign has set up an online tool allowing communities to self-report water stress in their areas.

“Communities are extremely desperate and have tried to continue co-ordinating efforts to meet community water needs. This was certainly the case in the coastal region of Centane, in the Eastern Cape, when community leaders were arrested,” the letter reads.

“All these communities need water tanks delivered to them. We want this prioritised and we need a regular schedule made available to the public on when water tanks will be replenished. None of the communities have access to water in nearby schools. As you promised, we want schools made available for water provisioning, under public health guidelines… There are major water infrastructure backlogs in several communities. Beyond immediate water relief through water tanks, schools and boreholes, we want the Minister to announce on measures and timeline to address these backlogs,” the letter reads.

Leeanne Govindsamy, an attorney at the Centre for Environmental Rights, said that they had not received an answer to either of their letters.

Nosisa Sogayise from the Amatola Water Board, which is implementing the government’s water crisis plan in the Eastern Cape, said that so far 5,284 rainwater tanks had been delivered to the province by the Department of Water and Sanitation.

“Initially, these rainwater tanks were earmarked for drought relief… [but] when the coronavirus outbreak hit the country, with the need for water spiking, government relied on these tanks to provide water to communities.

“The installation of rainwater tanks in municipalities of the province is as follows: 100% in Joe Gqabi, 80% in both the Nelson Mandela Bay and Buffalo City Metros, 68.5% in Alfred Nzo DM, 67.1% in Amathole, 65.2% in the OR Tambo district municipalities.”

Ntshoko represents villages that fall under the Amathole District Municipality.

“A further 400 rainwater tanks were provided to the communities of our province by donors (Al-Imdaad Foundation and Santam) and the provincial Co-operative Governance and Traditional Affairs Department. Government has completed drilling of seven water boreholes funded by the Municipal Infrastructure Support Agency and water testing is underway. Furthermore, 320 boreholes are being drilled across the province and will be completed during June 2020 to benefit local communities of our province,” said Sogayise. MC

The hidden impact of lockdown on children

Kathryn Cleary for Spotlight
Save 9 mins

Proposed rules on waste reclaimers are xenophobic and exclusionary

Back to school, Part 1: No dress-up for ‘Treasure Island’ this year

Back to school, Part 2: How innovative teachers embraced online learning during lockdown