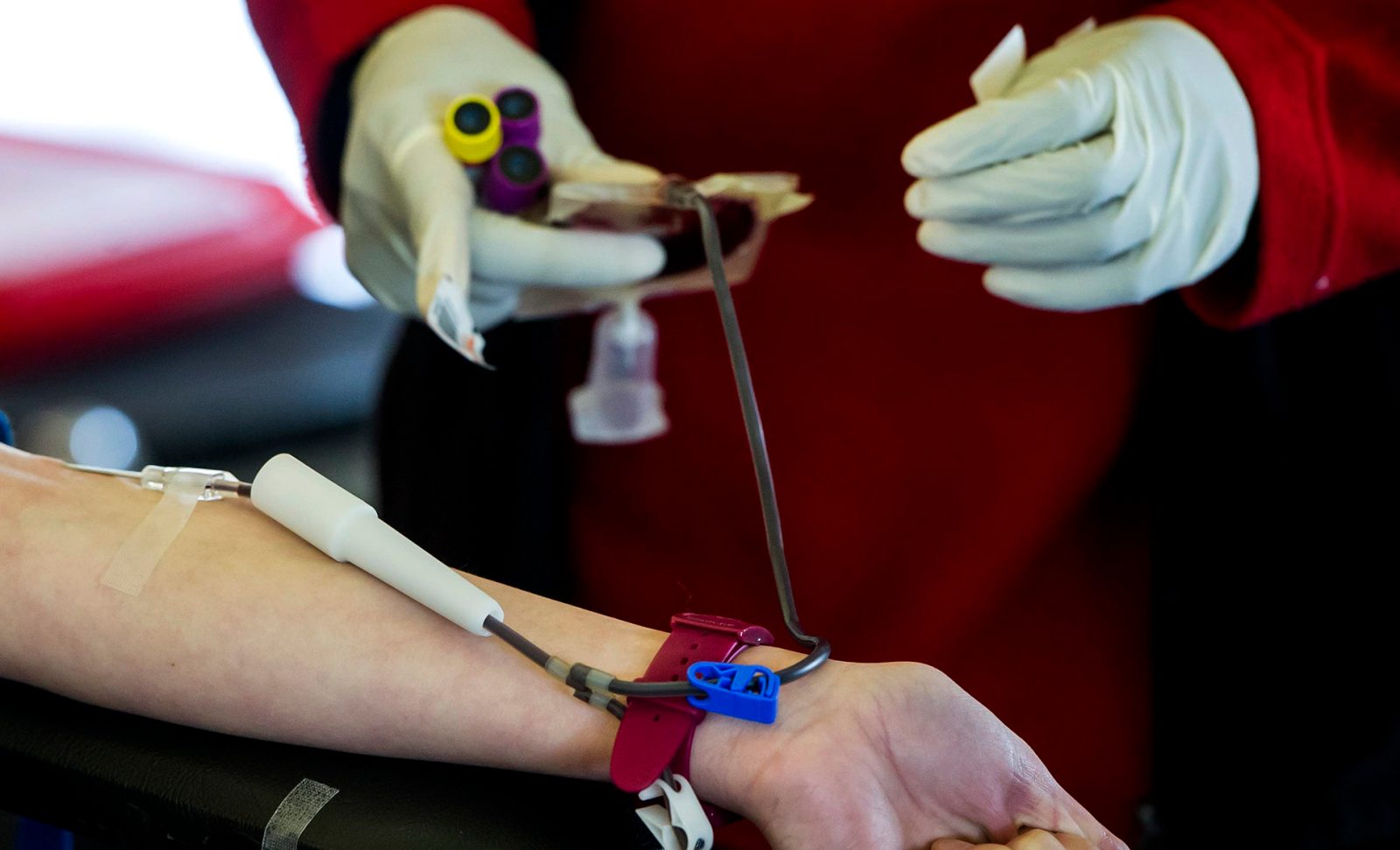 People in South Africa who have recovered from Covid-19 are donating their blood to help others who are trying to fight off the virus that has so far claimed over 200 lives and infected over 10,000 people in the country.

At least 30 Covid-19 survivors have registered to donate their blood to South Africa’s National Blood Service (SANBS) to be used in a large clinical trial to see if their plasma, once separated from their blood, can help treat patients who have a moderate or severe form of Covid-19.

The first unit of convalescent plasma, as it is called, will be donated this week and stored at minus 18℃ for a clinical trial scheduled to begin in June 2020. The independent Human Research Ethics Committee at SANBS has approved plasma collection from donors. Approval from the South African Health Products Regulatory Authority (SAHPRA) for the clinical trial is expected soon.

Marion Vermeulen, a SANBS biomedical scientist who is also co-principal investigator for the trial, says there are hundreds of registered scientific studies globally, but as yet there is no proven treatment for Covid-19.

“These donors, our unsung heroes, will add to the information and science we need now to save lives. People are scared and fake news is adding to the fear. These survivors want to help,” says Vermeulen.

Blood from Covid-19 survivors can be a rich source of antibodies or proteins that the immune system makes to attack the SARS-CoV-2 virus, the virus causing Covid-19. Plasma is the part of the blood that contains these valuable antibodies.

Vermeulen says once they have removed the convalescent plasma, or liquid gold – as it is sometimes referred to because of its colour – from the blood of the donor, it will then be transfused into a patient who is sick and still battling Covid-19.

“We don’t know if it will work, but the idea is to provide antibodies passively for the patients to fight the disease,” she says. The antibodies will therefore provide a boost for their immune system response to the virus.

This is not a new method. The serum therapy dates back over 100 years, and has been tried and tested on many infectious diseases including scarlet fever and pneumococcal pneumonia. Its use declined in the 1950s with the advent of antimicrobials. But it re-emerged as a therapy for the previous coronavirus outbreaks – SARS (2002-04) and Middle East Respiratory Syndrome in 2012.

Studies in 2000 showed some promise for SARS, and later the World Health Organisation (WHO) suggested its use on compassionate grounds to treat Ebola. One relatively small study, published in 2011, suggested the treatment may reduce deaths in patients with H1N1 influenza, otherwise known as swine flu.

The May 2020 editorial of the journal Lancet Haematology, however, points out, “definitive clinical evidence showing the efficacy of convalescent plasma is scarce”. It adds that although some small studies in China of severely affected patients with Covid-19, who had undergone the procedure, showed some signs of recovery, these are scattered studies. Randomised control trials of convalescent plasma is what is needed.

“The current pandemic provides the greatest opportunity yet to develop convalescent plasma therapy into a viable treatment option for Covid-19 while a vaccine is developed,” the editorial states.

The US Food and Drug Administration is currently evaluating the design and plans for three trials investigating the safety and efficacy of convalescent plasma. The trials are part of an initiative by the US National Covid-19 Convalescent Plasma Project, a group of physicians and scientists from 57 institutions in 46 states. Other trials are also planned or underway in China, the United Kingdom, Colombia, Iran, Mexico and the Netherlands.

How the SANBS study will work

Vermeulen says once donors interested in participating in the research register on the SANBS website, a research nurse will screen them telephonically to make sure they meet strict criteria. Donors need to have tested positive for Covid-19 when they were ill, recovered and have no symptoms for 28 days. They also need high levels of antibodies in their plasma, which is needed to fight the virus. In addition, only women who have never been pregnant, and men between the ages of 18 and 65 years of age can donate.

Those that qualify will be sent to one of the 52 donor sites that can perform this procedure, called apheresis.

Vermeulen explains the procedure is like giving blood, except that the blood drawn from the patient is run through a machine to extract the plasma, and the red and white cells are then returned to the donor. Needles go into both arms: Blood flows out of one arm, passes through the machine and goes back into the other arm. The process usually takes 45 to 90 minutes, but varies from donor to donor, and can yield enough plasma to treat at least two patients (one dose would be between 200ml to 250ml).

A total of 600 Covid-19 patients will be recruited to the Phase 2B clinical trial. Participants will be drawn from those patients with moderate or severe Covid-19 symptoms, but will exclude those who are on ventilators.

Patients with comorbidities such as diabetes and hypertension, and people living with HIV and tuberculosis can take part. However, patients who are in other clinical trials will be excluded.

The recruits will be randomly assigned to one of two groups of 300 each. One group will get the plasma and the other will get a placebo of saline solution. The trial will be blinded, so patients will not know whether they are receiving the plasma or the placebo.

“We are hoping to see higher rates of survival among those who receive the convalescent plasma as well as a marked improvement in health leading to a reduction in time needed in hospital,” Vermeulen says.

In addition, the investigators want to see whether “higher levels of antibodies – in convalescent plasma – has an impact on the health of a patient or whether it makes no difference at all”.

Other outcomes that will be looked at in patients who receive the plasma include how long they stay in hospital, whether or not their possible admission to intensive care is delayed, the time it takes for their virus tests to become negative and the proportion of patients who progress to needing ventilation.

The SANBS trial is a collaboration between the Western Cape Blood Service, the National Institute of Communicable Diseases and clinicians in the field. A grant request for the clinical trial has been made to the South African Medical Research Council and the WHO Solidarity Fund.

Vermeulen says the SANBS is internationally recognised and acclaimed especially for its HIV testing service. In 2005, it became the first blood service globally to introduce molecular testing for HIV and Hepatitis B. To date, most countries test a pool of 16 donors at a time while the SANBS can test individuals and has the smallest window because it can detect a virus shortly after a person has been infected. DM/MC

This article was produced by SPOTLIGHT – health journalism in the public interest. SIGN UP for our newsletter.