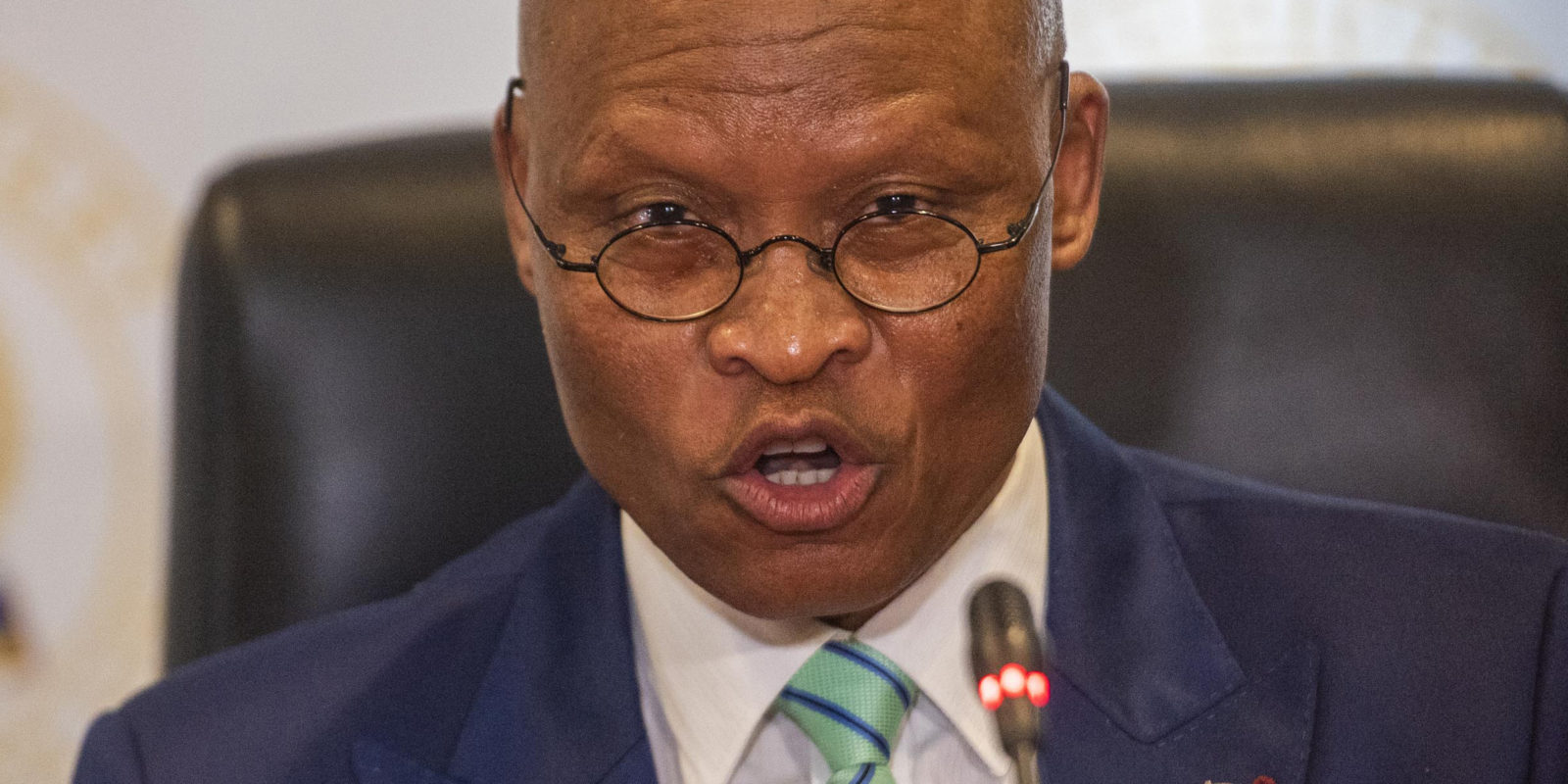 Is there a role the Chief Justice could play which does not involve him personally and alone disciplining judges?

A press release on a Sunday night is never a good sign, even when it is from the Office of the Chief Justice. His office released a statement on Sunday 10 May at 8.30pm, dealing with the ongoing saga involving Judges John Hlophe and Patricia Goliath, which has drawn in several other judges from the Western Cape High Court, the Judicial Service Commission (JSC), and now the Chief Justice himself.

As readers will recall, Judge President (JP) Hlophe is in the middle of two different disciplinary matters which have been brought against him. The first goes back to 2008 and deals with an allegedly inappropriate approach by JP Hlophe to justices of the Constitutional Court. The second relates to a complaint lodged by Deputy Judge President (DJP)  Goliath, who is JP Hlophe’s deputy at the Western Cape High Court.

The roots of this second complaint go back prior to 2019, when a number of events caused the DJP concern. The DJP, we now learn, raised these issues with the Chief Justice in a meeting which took place on 11 October 2019. The Chief Justice took no action following that meeting. The Office of the Chief Justice says that so far, none of those who have asked him to intervene in the ongoing crisis in the Western Cape High Court could, “when he pertinently asked them to, point to any provision in the Constitution, Judicial Service Commission Act, any other Act of Parliament, any Regulation or rule that empowers him to discipline a Judge or cause him or her to be suspended as many have suggested”.

The statement goes on to say, “As the Chief Justice has previously iterated, he never had nor has he now the legal authority to personally deal with these issues outside of the processes under the JSC Act. To suggest otherwise could either be actuated by nefarious reasons (eg a longstanding desperation to find fault) or misapprehension of the law.”

However, is there a role the CJ could play which does not involve him personally and alone disciplining judges, which he correctly states is not his role?

How are judges held accountable? There are two ways that judges generally consider themselves accountable. The first is through the longstanding idea that judges account through the judgments they write, and the appeal and review process of their judgments. If a judge makes a mistake in a judgment, a more senior court may overturn that decision and give a different order. There is a second, and perhaps more vexed process, outlined in the Constitution and the JSC legislation.

When the JSC, which the Chief Justice chairs, receives a complaint regarding a judge that the commission considers serious it will refer the matter to the Judicial Conduct Committee to assess the complaint. If the Judicial Conduct Committee finds that the complaint requires further investigation it will recommend to the JSC that a Judicial Conduct Tribunal is established in order to properly deal with the matter. The Tribunal will then hand down a decision, which may potentially lead to the matter being referred to Parliament and the judge in question being impeached.

Where, then, does the Chief Justice appear?

The Chief Justice, as chairperson, has a number of powers in relation to conduct hearings.

The Chief Justice has delegated the chairpersonship of this committee to the Deputy Chief Justice, who is currently Justice Zondo, well known now as the chair of the Zondo Commission into State Capture. That delegation could be rescinded, and the Chief Justice could resume his role as chair. Given the workload of the DCJ, it would not seem unreasonable to expect the CJ to do so.

The Chief Justice has in the past few months found himself able to chair the conduct committee of a younger woman judge, Judge Nana Makhubele, who has been accused of inappropriate actions in relation to her position on the interim board of Prasa after her interview, and then appointment as a judge. He wrote the decision for the unanimous committee in which they say they are satisfied that the allegations against her are very serious.

“If they were to be proven, it is likely that a finding of gross misconduct would be made,” the decision reads.

The Chief Justice, as chairperson, has a number of powers in relation to conduct hearings. You lodge a complaint about a judge with the Chairperson of the Committee — if it is serious, the Chairperson refers the complaint to the whole Conduct Committee. The committee must then consider whether it should recommend to the JSC that the complaint should be investigated and reported on by a Tribunal. The chair of the committee has a key role to play, and the speedy disposition of matters must be a primary concern.

Whenever it appears to the Commission that there are reasonable grounds to suspect that a judge is suffering from an incapacity; is grossly incompetent; or is guilty of gross misconduct of the Constitution, the Commission must request the Chief Justice to appoint a Tribunal.

The Chief Justice must appoint a Judicial Conduct Tribunal, whenever requested to do so by the Commission. A Tribunal comprises two judges, one of whom must be designated by the Chief Justice as the Tribunal President; and one other person. This would no doubt be done in consultation, but the speedy appointment of a Tribunal lies directly in the hands of the Chief Justice.

The Tribunal may run into difficulties, as in Judge President Hlophe’s case. Two issues have arisen. The first was an application by JP Hlophe for the recusal of one of the Judges on the Tribunal. The Judge concerned recused himself. The CJ’s role was to convene the tribunal, and thus theoretically to reconvene the tribunal.

The second issue turns on whether JP Hlophe’s legal fees have been paid. The accused in any matter is entitled to legal representation, but not at any cost. The Chief Justice can ask the Department of Justice to resolve the matter — to either pay up, or refuse to pay. If the department will not pay, the Tribunal must make an order as to proceeding, as in any matter where the defendant cannot afford to litigate with the counsel of their choice.

The decision of the Tribunal is referred back to the Judicial Service Commission, containing its findings and the reasons for them. The Chief Justice is the chair of the JSC, and again the chair of the commission has a key role to play, and the speedy disposition of matters must be a primary concern of his.

The JSC, chaired by the CJ, may then make a finding, and if that finding is one of incapacity, gross incompetence or gross misconduct, the JSC may refer that finding to Parliament, where a two-thirds majority of members is needed to vote for the impeachment of a judge.

The convening power of the role of the Chief Justice as chair of the various structures which deal with judicial conduct is critical, as is his chairpersonship of the JSC and as chair of other structures. In addition to this, his ability to use “soft power” should not be underestimated. The leadership of any entity has the power to encourage, persuade and warn, which are not in the formal powers of a leader, but are critical in making any institution function well.

We would suggest that the role of the Chief Justice in conduct matters is more substantial than perhaps the CJ has conceded thus far. DM

Judges Matter monitors the judiciary and does research into judicial governance processes and other topics of public interest.