Africa can learn from the US how not to react to the Co... 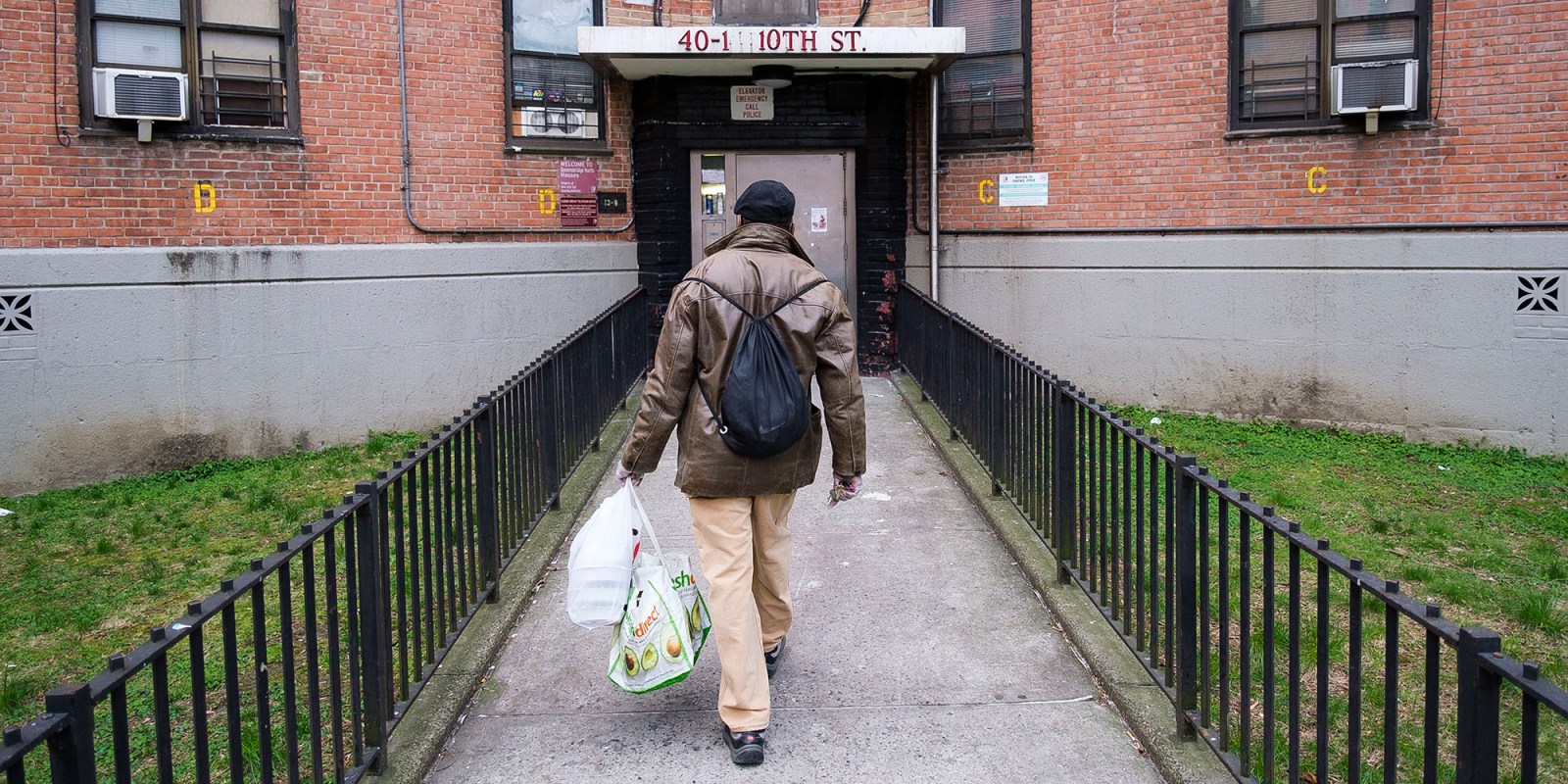 Volunteer Victor Coles delivers meals from a food distribution location put together by the organization Urban Upbound for people in need at the Queensbridge Housing complex in Queens, New York, USA, on 16 April 2020. More and more people are feeling the economic effects of efforts to contain the coronavirus pandemic and the unemployment rate in the United States is rising by millions of people each week; aid organizations are bracing themselves for a spike in the number of people who will need assistance. (Photo: EPA-EFE/JUSTIN LANE)

As Covid-19 resurfaces in Japan, Singapore and elsewhere, it’s becoming clear that this virus will be an uncomfortable fact of life for the foreseeable future. But much remains unknown about the disease. As African policy makers wrestle with how to respond to outbreaks, there are places in the world to look for clues about what to expect.

Perhaps it is fitting that the United States (US), the wealthiest country in the world, should offer insight for Africa – the world’s least developed region. Africa can look to the US for signs of what is to come, some useful policy responses, and plenty of examples of how not to react to this pandemic.

Like the United States, Africa is a largely continuous landmass with highly porous borders, a large and heterogeneous population and no single coordinated response to Covid-19. There are of course huge differences between US states and African countries, but consider for a moment that the US has one international border.

It has made illegal immigration a top priority and devoted jaw-dropping financial resources to stopping it. Still, roughly 11 million undocumented immigrants inhabit the US. Regardless of policy, movement is widespread. This means that in the US, if Georgia and Florida are “open for business” in the face of Covid-19, it matters little what restrictions are put in place in North Carolina or Tennessee.

In Africa, if Zimbabwe and Mozambique experience severe outbreaks, it will almost certainly spill over into neighbouring countries like South Africa and Tanzania, and vice versa. Covid-19 thrives on connectivity, so watching highly integrated countries will help anticipate outbreaks.

In the US, groups of states are spontaneously banding together specifically to align their response to the virus. In Africa, there’s no need to organically develop ad hoc organisations – they already exist, as regional economic communities (RECs).

Many are already aligning member states, but currently the East African Community appears to have the most robust policies and could serve as a model going forward. Its immediate focus appears to be restoring commercial activity. Other RECs should watch to see what policies might apply to their region.

As African states work together within the RECs to coordinate responses, share data and arrange for the bulk purchases of personal protective equipment, the regional bodies should aim to align with each other as well.

The Africa Centres for Disease Control and Prevention is already doing this by establishing Regional Collaborating Centres. The centre has extensive experience with emergency response situations and has much expertise to offer, especially since it’s still unclear how Covid-19 reacts with comorbidities like TB, HIV, malaria and malnutrition.

Africa has many vulnerable populations – poverty, hunger and conflict put millions of Africans at risk – and a huge informal sector that won’t be easy to protect from the negative economic impacts of lockdowns. Though the US may be rich, it lacks many of the social protections found in the developed world. As states scramble to roll out social safety nets, there may be lessons for some African countries.

Another disturbing trend emerging from the US surrounds domestic violence. Experts note that domestic violence tends to increase when families spend more time together. Preliminary reports from around the world also suggest that quarantines may negatively impact safety in the home.

However, across the US, domestic violence calls are down. In Cincinnati, Ohio, they dropped almost 50% from March 2020 and nearly two-thirds from April 2019. In Los Angeles, California, calls decreased by roughly 20% from last year. The New York City Police Department is reporting that domestic violence calls have ‘progressively declined’ since the beginning of the outbreak. New York relief hotlines are also showing dramatic declines.

This makes sense. Being confined to your house with your assailant means there are strong incentives not to call the police and provoke your attacker during lockdown. As African countries work to control the extent of outbreaks, they should be aware that statistics can be misleading, particularly during the early days.

Ensuring that women continue to have access to critical support systems during lockdowns should be a priority. Bolstering whatever services already exist also provides opportunities to make meaningful, lasting advances in gender equality across the continent.

The pandemic is also stimulating structural drivers of instability that increase the potential for violence, crime and political unrest. In Africa, much of the violence is emanating from the state, with accusations of police brutality against civilians in South Africa and Kenya, among others. In the US, the current is running the other way. On 30 April, would-be rioters stormed the Michigan State Capitol building to re-establish “normal” economic activity.

There is a clear opportunity for extremist groups to use lockdowns to exploit pre-existing narratives about government overreach, incompetence or any other grievances, real or perceived. There is also the potential for economic hardship to create new opportunities for crime and violence.

African states must watch social media channels and other propaganda outlets. Covid-19 is a fake news bonanza in the US, and Africa needs to be ready for attempts to benefit from the uncertainty by pushing false narratives. Likewise, civil society must be prepared to hold government to account if it starts using misinformation to suit its own ends.

The current policy experiment being conducted in the US will serve as a useful laboratory for African policymakers. Africa needs regionally coordinated strategies that are highly responsive to the needs of individual states. It will also be critical to rapidly design new (or modify existing) social safety programmes that address hard-to-reach and rapidly changing populations.

While the US has failed to exploit its federalist system to implement an aggressive top-down strategy, Africa can make the most of its regional advantages to build a continental approach from the ground up. DM